A pair from Hakuhodo Group brand agency IdeasXMachina Advertising Inc. (IXM) was selected to represent the Philippines in the Young Lions Competition in the Print competition. To earn the right to compete, Jasper Ilagan (copywriter) and Jo Aguilar (art director) had to win the qualifying competition in their own country and be named national representatives. Here the young creators, who beat all comers to win the coveted tickets to the Cannes Lions International Festival of Creativity, report on their first Cannes Lions experience. 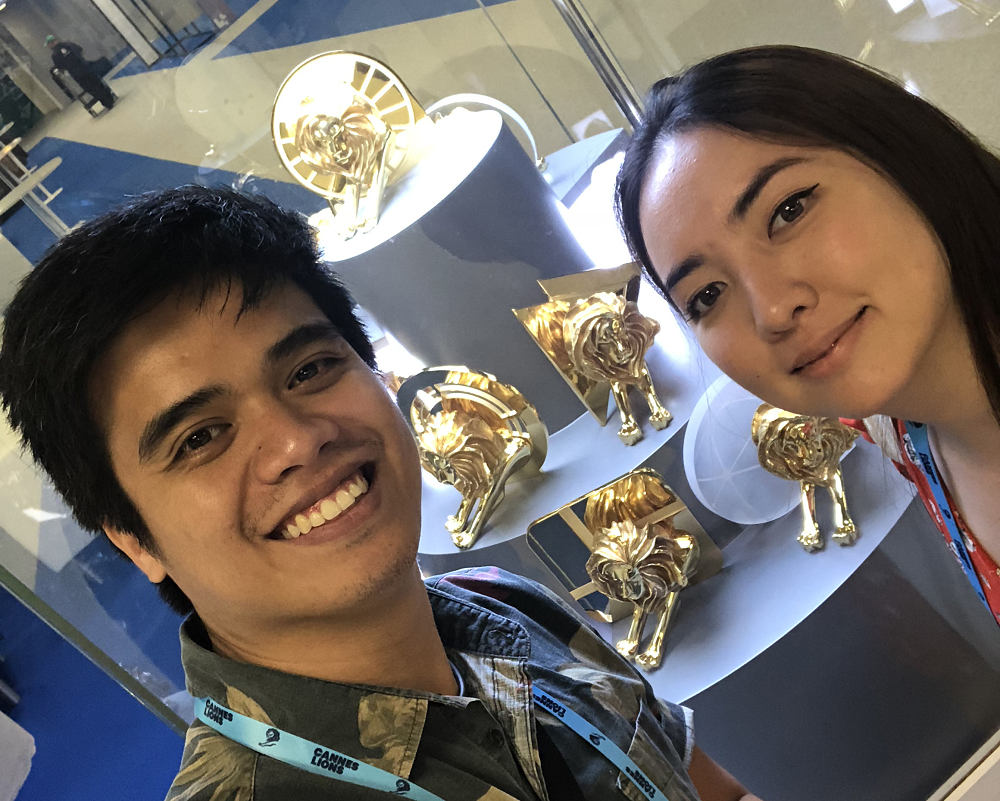 Flying to Cannes, France to represent the Philippines has always been a dream for the two of us. We started steering our careers around this idea almost eight years ago. Everything we’ve ever done is to make it to Cannes.

So when news broke that we had won the local contest and we were the pair representing the country, the smiles on our faces were there for a good whole week. God knows we’ve been trying every year to win the young Lions competitions and it was interesting that we won the same year that our small, humble agency became a member of the Hakuhodo network. Coincidence? Maybe. But still, having an industry giant supporting our baby steps meant a lot to young creatives like us who are trying to make a dent in the industry.

Sitting down and settling into our booth for the Young Lions Print competition was nerve racking and exciting! Before, we were competing with other local agencies, but this time we were up against the best young creatives from around the world. We were amongst formidable foes but we remained unfazed for we were determined to make the Philippine flag proud. Although we didn’t win anything, we will forever cherish those 14-hours that we were referred to as “the Philippines.” 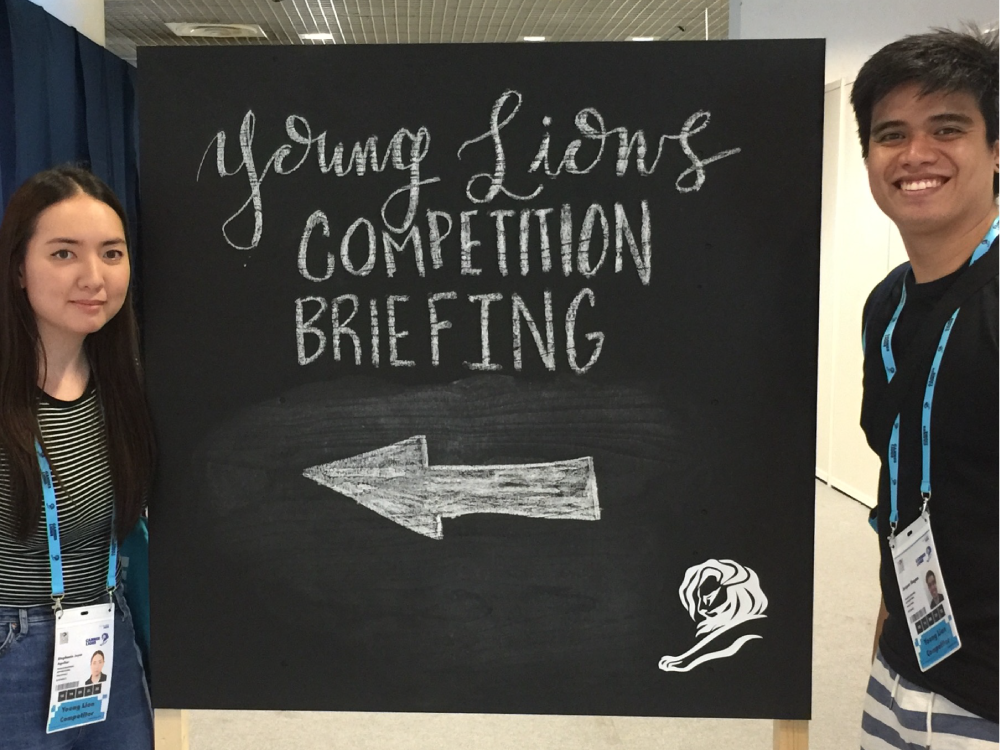 After the competition proper, we tried to take in as much of the Cannes experience as we could by sitting down in various talks, walking along the French Riviera, drowning in great work, and attending parties. Believe us when we say that nothing’s quite like the party and the crowd at Cannes. You might just be walking around taking pictures for your Instagram, and the next thing you know, you’re already in a party rubbing elbows with and getting inspired by the brilliance of creative titans like Kentaro Kimura and Yang Yeo. How cool is that!? The best of the best in the world of advertising were literally just meters away from you. Personalities like David Droga, Shaquille O’ Neal, and Conan O’Brien were no longer just glossy prints in a magazine; they’re on stage and talking…like real people! Printouts of about-to-win-a-Lion works were displayed in a whole room! From someone who used to feast on such works digitally, stepping inside that hall was like stepping into Disneyland. You could even play judge and bet with your partner on which works would get a Lion!

Then there were the award shows every night. It’s the stage where the Lions are handed out and it is where all aspiring creatives want to be. It was so inspiring to know that the first thing being mentioned in the credits for Lion-winning works is the country the ad came from. And that realization made us even hungrier to win a Cannes Lion.

By the end of the festival, we wished it were a month long. We wished that everybody we knew back home could experience the festival like we did because it sure inspired us to be better creatives. Our five days in Cannes will forever be etched in our creative minds.

Cannes, we promise that we’ll be back. Not to party, but, to raise a Lion on that stage for IXM, for Hakuhodo, and for our country.