Usagi Ishii on the big keywords at Cannes Lions 2018

Usagi Ishii, a Hakuhodo creative director and 20-year veteran of Cannes Lions International Festival of Creativity discusses the keywords she feels encapsulate creativity right now that she took away from this year’s 65th Cannes Lions. 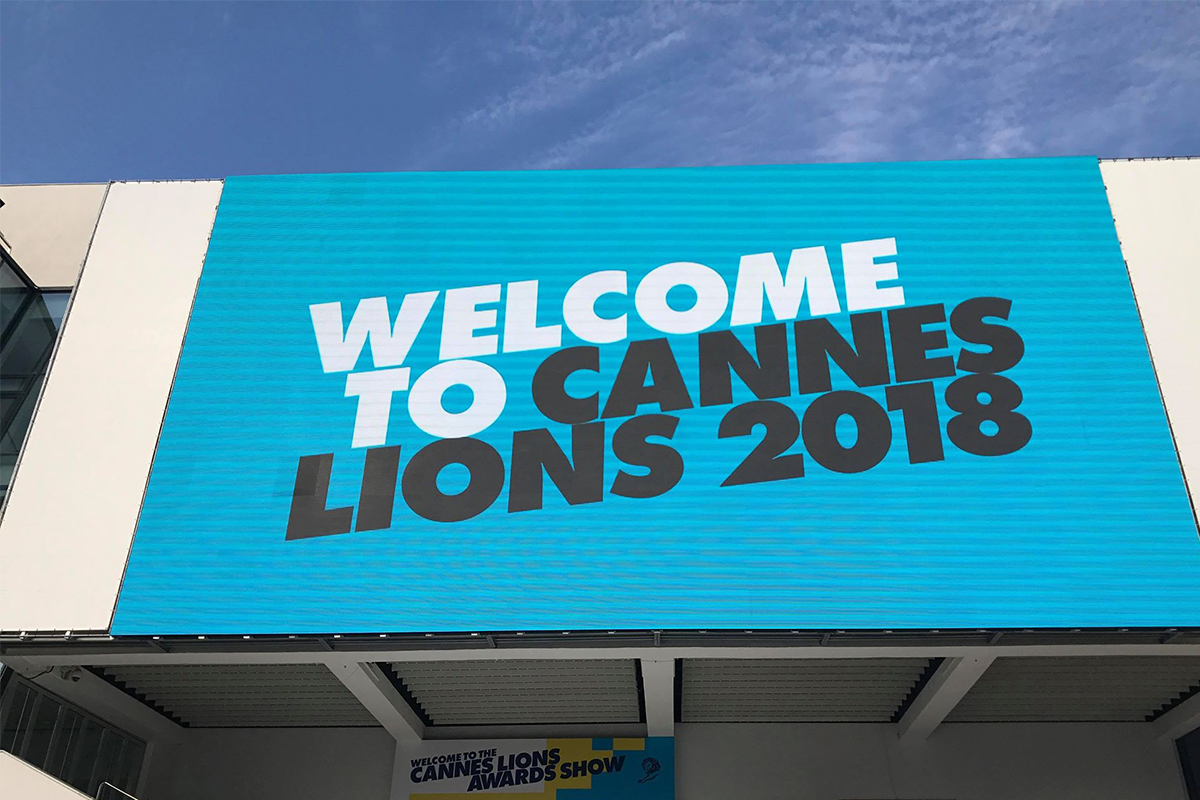 Cannes Lions, the world’s largest festival of creativity, was held again this year for one week beginning June 18.

Cannes Lions has in recent years developed a reputation for being one big business event, so it decided to go back to its roots as a “festival of creativity.” Here I introduce two hand-picked keywords I came across at the revitalized event: “Hacking” and “Commitment.”

Creativity is boldly “hacking” other domains

In a previous report, I introduced the concept of the “art of intrusion” for creative that freely and effortlessly crosses previously impossible borders.

For example, “The Next Rembrandt,” a work that effortlessly crossed the border into the venerable world of fine art using AI. If Rembrandt was painting today, what would he paint? AI took up the brush and painted the next Rembrandt.

This year, such “domain intrusions” were even bolder, and the action itself was turned into entertainment. There is some true hacking going on.

Take “It’s a Tide Ad,” which won numerous awards, including the Grand Prix in the Film category. This campaign for mainstay laundry detergent Tide aired during the Super Bowl, also known as a festival of TV commercials. 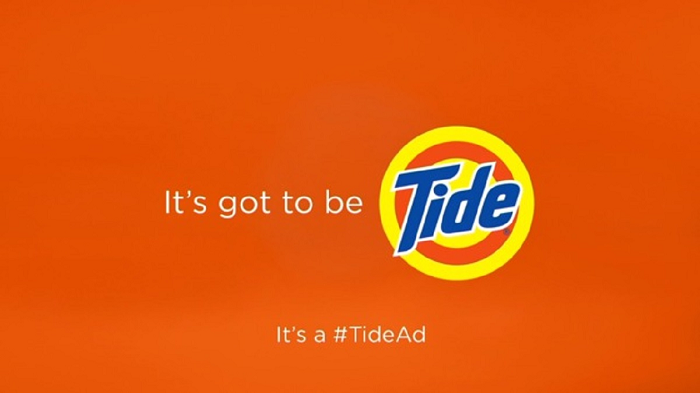 It lampooned previous Super Bowl commercials that had caused a stir. In the ad, the brand spokesman, Stranger Things star David Harbour, suddenly interjects into (what appear to be) ads for unrelated products and services. Drawing in other people that appear in the “ads,” he shuts them up with the catchphrase “It’s a Tide ad.” Then to push the point all the way home, he repeats to a mechanic with a grease-covered face but a snow white shirt, “It’s a Tide ad,” then “Look at those clean clothes. What else would it be an ad for?” Along the way, TV viewers in the ad get in on it, calling out the catchphrase “It’s a tide ad!” when a series of completely different ads follow one after another. 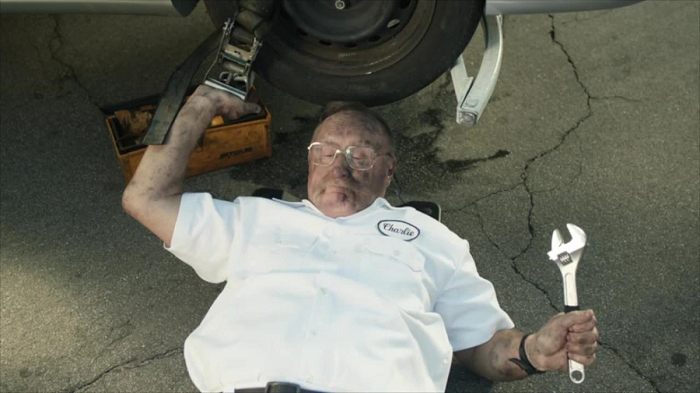 One brand has made hacking its own

Actually, one company went down the hacking road a few years ago before any others: Burger King.

Burger King hacked the enemy camp by reaching out to McDonald’s with an offer to call a truce for Peace Day and give the world the “McWhopper,” a hybrid of the Big Mac and the Whopper, the two burger giants’ flagship products. 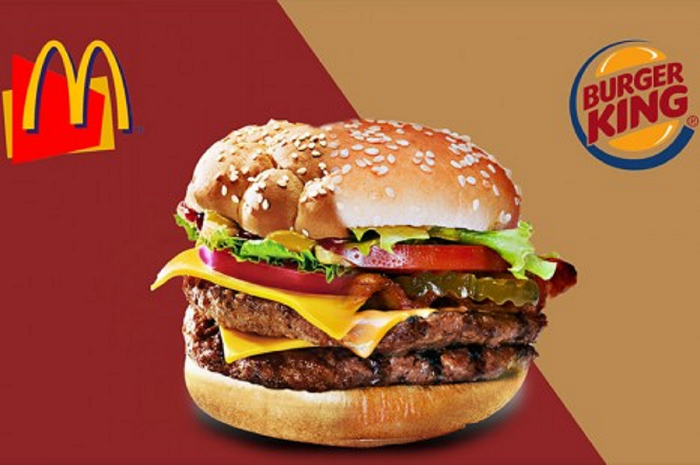 Burger King also triggered Google AI speakers in homes across the US by including “Okay Google, what is the Whopper burger?” in the narration of a 15-second TV commercial. The phrase, which begins with the words that activate the device, enabled the Home of the Whopper to hack American living rooms! 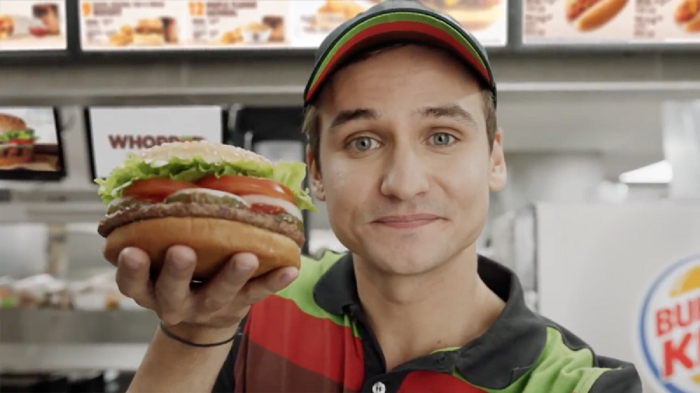 Then there is “Whopper Neutrality,” which made a splash at Cannes this year.

This means that communications companies will be able to speed up or slow down the distribution of particular content. It’s now likely that people will need to pay high fees to enjoy games and such net content easily at high speed. You won’t believe your ears, but the ad demonstrated how this will work in reality using the Whopper as a metaphor. Pay an eye-watering $25.99 and you’ll get your burger right away, but pay the reasonable $4.99, and you’re going to have to wait before you can eat. 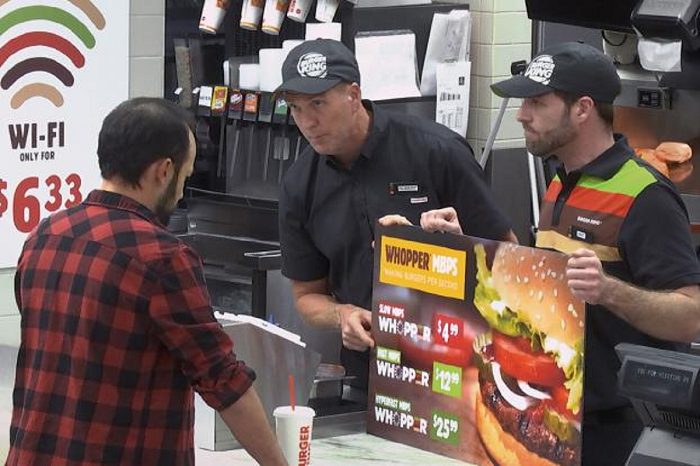 Real customers who came to the restaurant unaware of what was going on were livid at the ridiculous rule. As you would expect. But once it was explained that they had walked in on the making of an ad explaining what the repealing of net neutrality will mean, they finally calmed down. Now they will direct their anger at the government. This, too, is as you would expect.

Campaigns like these were highlighted at Burger King’s Cannes Lions seminar this year titled The Rise of Hackvertising. “Hackvertising” is a portmanteau coined by combining hack and advertising. Understanding that hacking current phenomena allows them to become part of the conversation going on between sei-katsu-sha and the times, advertisers are smartly intruding into new areas. These are all nice hacks.

Creativity is going all the way, and then some, in its commitment to the output

Among the new categories at Cannes this year, there was one with the intriguing name Creative eCommerce. The Grand Prix winner in this category was “Xbox Design Lab Originals: The Fanchise Model.”

Xbox had begun a controller customization service on its e-commerce site, but as the controllers cost 50% more than regular ones, sales had languished. The brand established a system—not a franchise, but a “fanchise”—whereby fans could customize, promote and sell their own custom designs. It was a roaring success. Fans promoted and created buzz for their designs themselves, and received a share of the profit for doing so, creating “gamer entrepreneurs.” The system did not hastily chase immediate sales, but became an example of realizing a long-term commitment to building a new form of business. 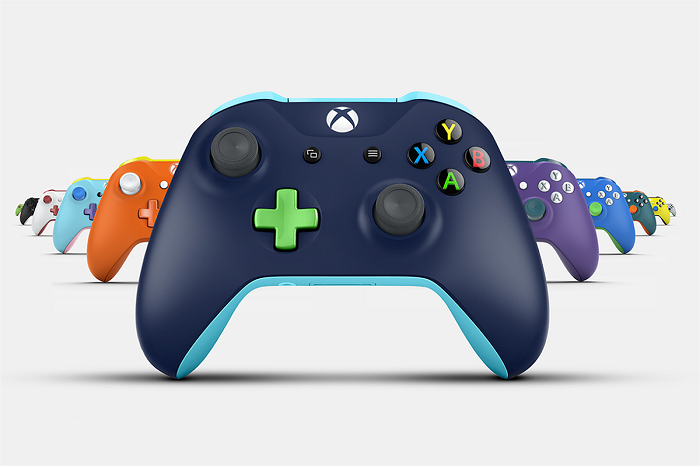 In terms of commitment, Kingo, which won the Product Design Grand Prix, is another shining example.

A kit comprising a compact power generator coupled with software that enables the prepaid purchase of energy, Kingo was developed by the Guatemalan solar power generation company of the same name for people who live in areas that don’t yet have access to electricity. The product does not require an internet connection, enabling even a village handyperson to purchase the amount of power they require.

Kingo not only developed an innovation that turns the sun’s benefit, which anyone can receive, into electricity. Its product development thought all the way through to the ideal users and specific ways they would use it. 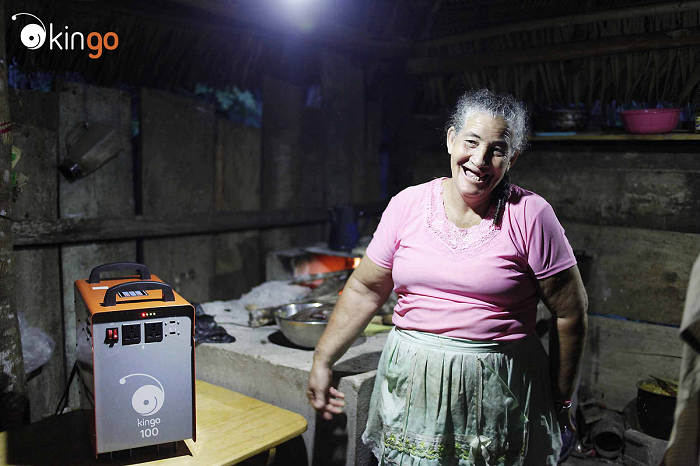 Kingo didn’t just create a clever product and leave it at that, it took responsibility right up to firmly embedding the product in people’s lives. You can feel the gentle perspective and deep commitment of the people who designed the product.

Commitment appears in many different forms

The case that follows is one of full commitment to production quality and entertainment value.

A trailer for a “sequel” to the fondly remembered Crocodile Dundee was aired during the Super Bowl.

The original movie dominated the second half of the 1980s. And there were actually two subsequent sequels. Naturally, everyone got excited about the new “sequel,” but it turns out that Dundee: The Son of a Legend Returns Home was a PR film for Tourism Australia.

The story was that the son of Crocodile Dundee, the legendary hero of the original movie, was visiting Australia from the US to explore the outback, enjoy the dining scene and meet the locals. With a swag of ultra-famous Australian actors appearing in the trailer, viewers are taken in that it could only be a movie. The actor who played the original Dundee even has a cameo, raising the pulse of everyone who remembers him. 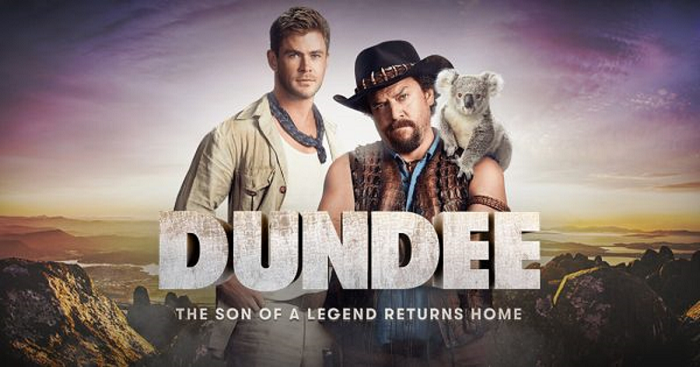 But the penny begins to drop and eventually the narrator gives the punchline, “This isn’t a movie. It’s a tourism ad for Australia.” It is so real that viewers are taken aback by the enormity of the surprise. Tourism Australia is proactively trying to lure tourists and this video will certainly have played its part.

Without movie-quality production and entertainment value, we’d all have seen through the subterfuge from the beginning and the work would have flopped. The commercial was committed to going all the way. The actors that appeared in the film apparently accepted the job of promoting their country for free. Winning their commitment, too, showed great creativity.

Creativity is the power of optimism

“Hacking” is looking to be part of—no—a symbol of the times. And “commitment” is something we are taking further than ever before. These were the things that I was most struck by at this year’s Cannes Lions.

I was able to interview Burger King’s Fernando Machado, the Global CMO who is key to the company’s communication activities. 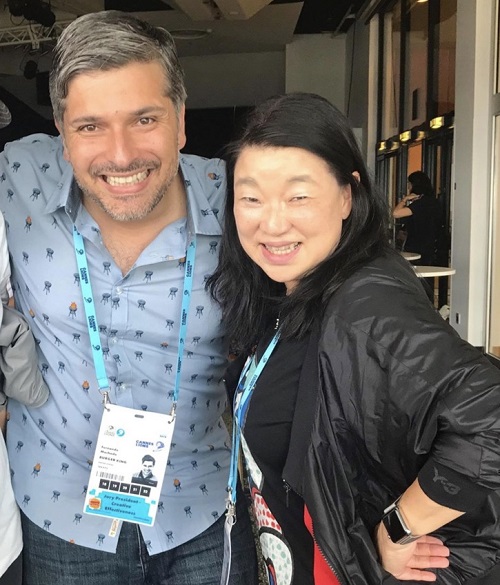 His criteria when choosing ideas are:

・Is it a good match for what our brand stands for and its tone of voice?

・Which ideas have the highest voltage and “talkability” for these times?

Fernando explains with a smile that because he makes sure to follow these criteria, even if the team gets some of the ideas wrong, there is no damage to the brand. “Even if we get it wrong, it’s just that people are not talking about it as much as we were hoping for. So there is very little down side. Our briefs are extremely simple. For instance, it might just be ‘we stand for everyone.’ Then from all the proposals, we choose those that meet the two criteria I mentioned and deliver them to the world. We just get totally lost in doing that.”

Behind this is a kind of optimism that creativity can solve whatever problem they are facing at that particular moment. The more complex the world becomes, the greater the need for simple, breakthrough creativity.

Let’s all aim to fully leverage the power of optimist and believe in creativity. 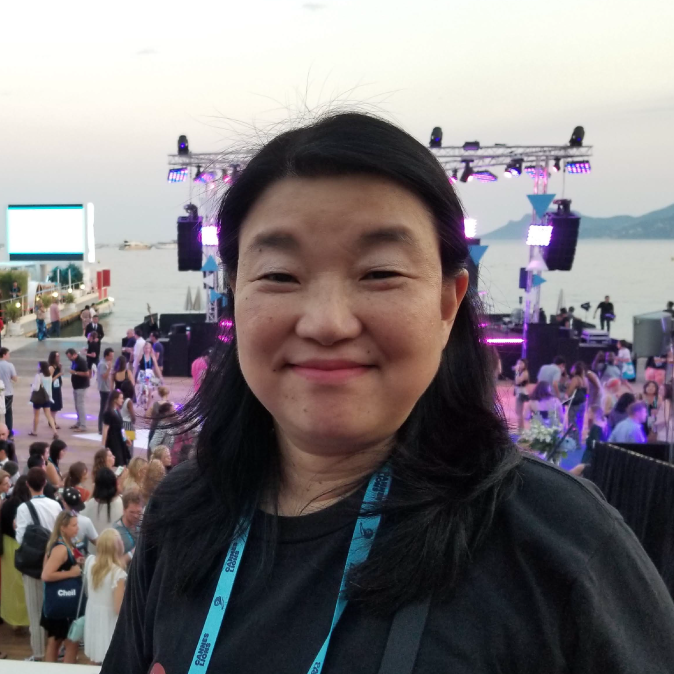 Usagi Ishii
Creative Director, Hakuhodo Inc.
Born in Tokyo. After living in South Africa for several years in her childhood, she spent some of her teenage years in the United States. Since joining Hakuhodo after graduating from Waseda University (Faculty of Letters, Arts and Sciences), she has been working primarily on international advertising creative. She has won prizes in award shows including Gold at New York Festivals and London International Awards. She has been reporting on Cannes Lions since 1997.
SHARE
Back to News & Insights