Usagi Ishii on the big keywords at Cannes

In this article, Usagi Ishii, Creative Director at Hakuhodo, who has been covering Cannes Lions for almost 20 years, presents some keywords that she felt capture the “present” of creativity at Cannes 2016.

The word “advertising” originally stems from the Latin word advertere, meaning “to turn towards.” Cannes Lions International Festival of Creativity, which marks its 63rd anniversary this year, is a world-class advertising and creativity event. Each idea selected for commendation has an extraordinary reach of creativity to turn people around. Furthermore, its 24 categories, the largest number ever, covered such an immense area, ranging from approaches leveraging state-of-the-art technology to expressions with an analog feel, that I almost felt dizzy just thinking about where to begin. But one thing is commmon among them all: each output had the compelling power to turn the target around. Here are some highlights of this year’s festival, with special focus on particularly inspiring seminars and winning entries.

People tend to be attracted by something new. Perhaps for this reason, many of the recent outputs featured technology for technology’s sake, intended to be recognized for their novelty. This year, however, I felt that technology has started to cherish humanity. Take Virtual Reality (VR), for example, one of the buzzwords in recent years. Thus far, VR-oriented entries tended to demonstrate what technology could do. This year, corporate and brand stories were woven together like fabrics to create a comfortable sense of harmony. “The Field Trip to Mars,” an entry from the US-based aircraft and spacecraft developer and manufacturer, Lockheed Martin Corporation, is a good example. 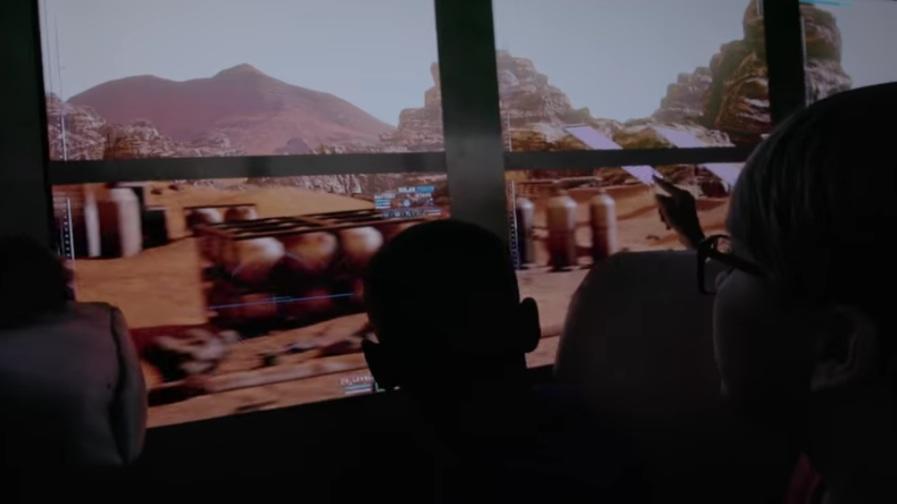 Specifically, rather than requiring everyone to wear a headset, thus fragmenting the audience, they turned the glass windows of a school bus into a VR screen so that the whole audience could share the same VR experience. This technology-equipped bus on the ground bound for Mars conveys the company’s strong desire to show the splendor of space and the importance of science for understanding space, to the children who, one day, might embark on a trip to Mars.

“In the world of VR, people get surrounded by stories.”

This is a remark made at a seminar organized by Google. Of course, the method of producing VR differs from that for traditional images. In addition, “we squarely look at traditional images in a frame (meaning a monitor), but there is no notion of ‘frame’ for VR, and we step into its ‘world.’ Hence, the conventional ‘viewer’ will become a ‘visitor’ in the world of VR.” Note that we are not outsiders seeking to peer within technology, but visitors to a “world” where technology works in harmony with the story. At present, we are still guests in the world of VR, but perhaps soon we will “own” the world and say, “Come, follow me!” Even those who feel they are being left behind by technology may be able to ride the magic carpet woven by stories and technology. This is an exciting prospect. 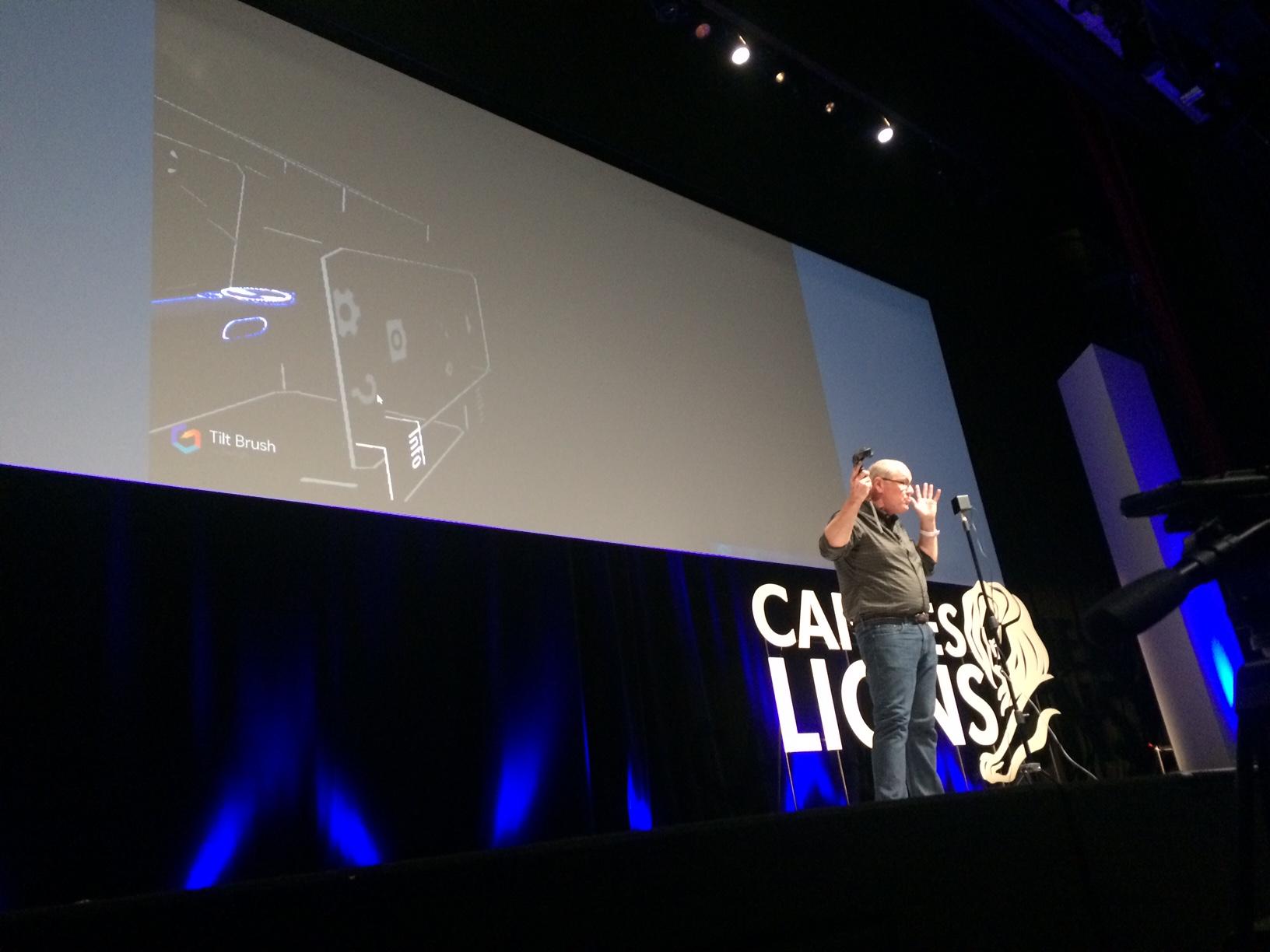 This year also saw some impressive works that freely and effortlessly crossed previously impossible borders. A case in point is “The Next Rembrandt,” a campaign launched by ING, a Dutch bank supporting the national art trade, to further enhance its corporate image. It won Grands Prix in the Cyber and Creative Data categories. 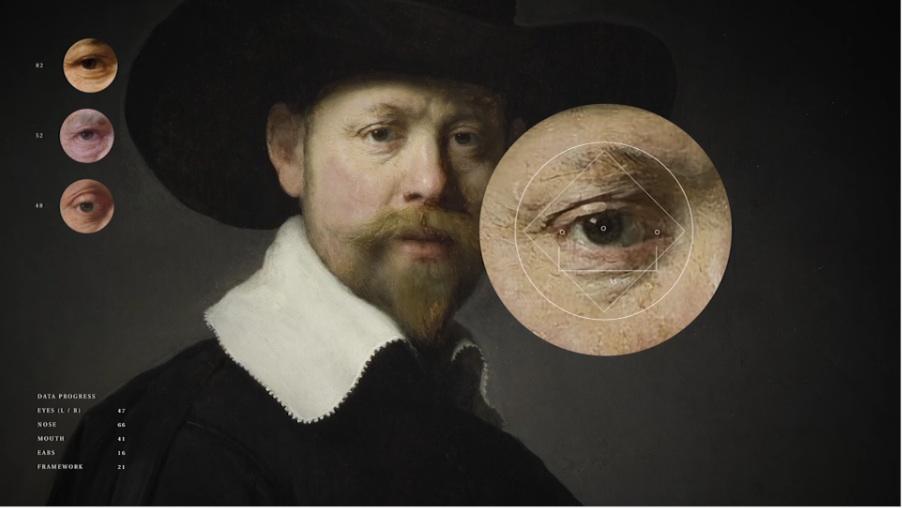 This project launched the “latest work” of Rembrandt, a 17th-century Dutch maestro dubbed “Painter of Light,” as drawn by artificial intelligence (AI) by using such algorithms as high-tech visual-recognition. What they did was to 3D-scan 160,000 fragments of all 346 works of Rembrandt, digitally analyze them and use a 3D printer to produce a new picture that “Rembrandt would have painted as his next work.” The painting was then exhibited in a museum. 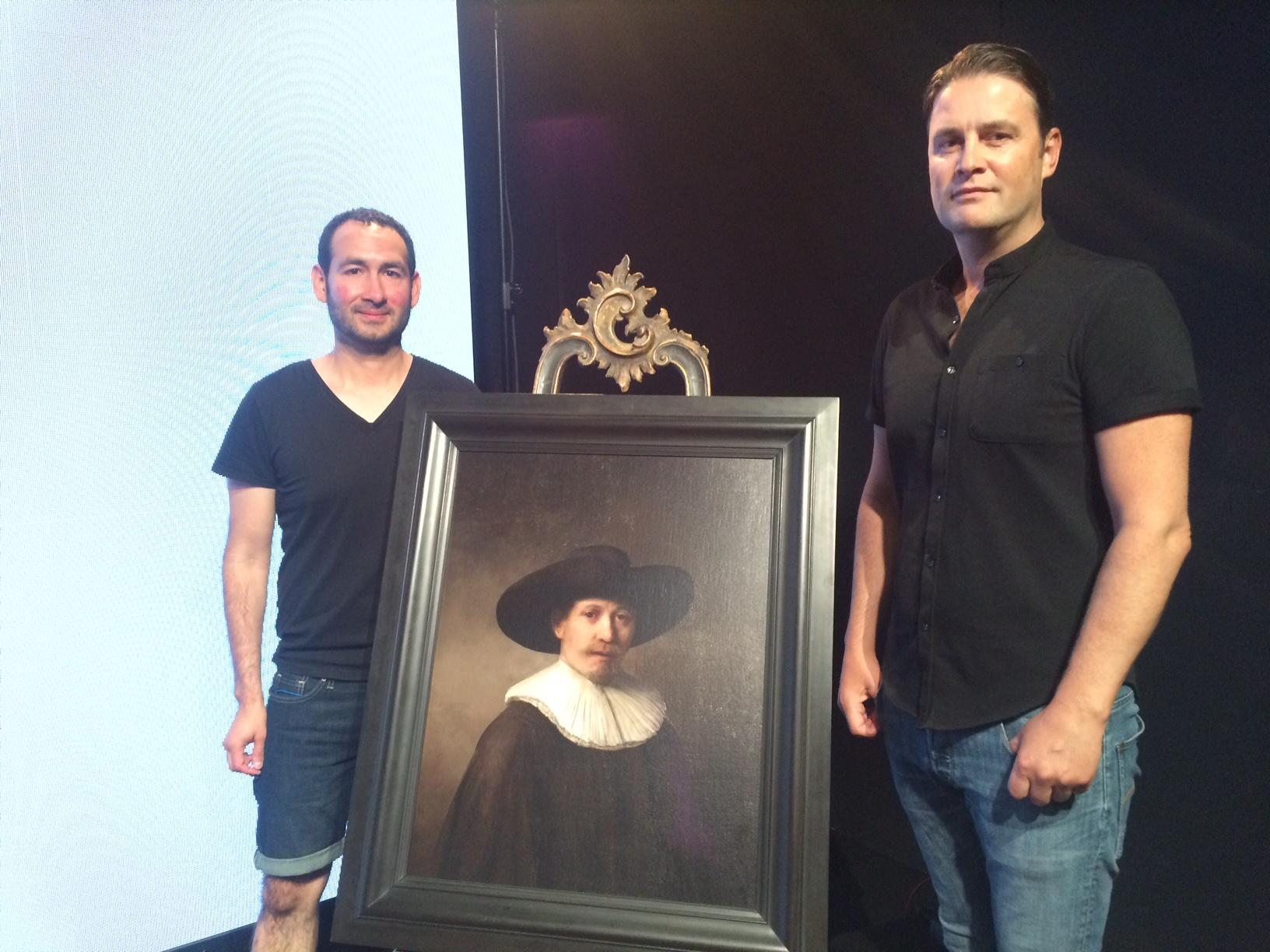 By extracting data from real paintings and developing the regenerated data into another real painting, the work successfully “intruded” into the territory of fine art, previously considered inviolable. This is nothing less than the “art of fine intrusion.” Rather than focusing on the technological context of what AI has achieved, the actual campaign simply put forth the story: “The next Rembrandt work is born.” That is the bottom line. Everyone will want to see the work that Rembrandt might have wanted to produce next. The work truly capitalizes on the psychology of art lovers.

“Let’s draw a brand on the creative canvas in a dynamic manner.”

This remark was made by Mark Pritchard from P&G. Here, “creative canvas” is the essence of the idea on which to build a brand. In the case of Old Spice, a P&G deodorant brand for men, this means “depicting manliness in a nonsensical way.” We could take his words as a kind of inspiration and as we engage in advertising communication, each of us should have our own “creative canvas.” This is not a privilege of creators. Everyone should have their own “vision”. 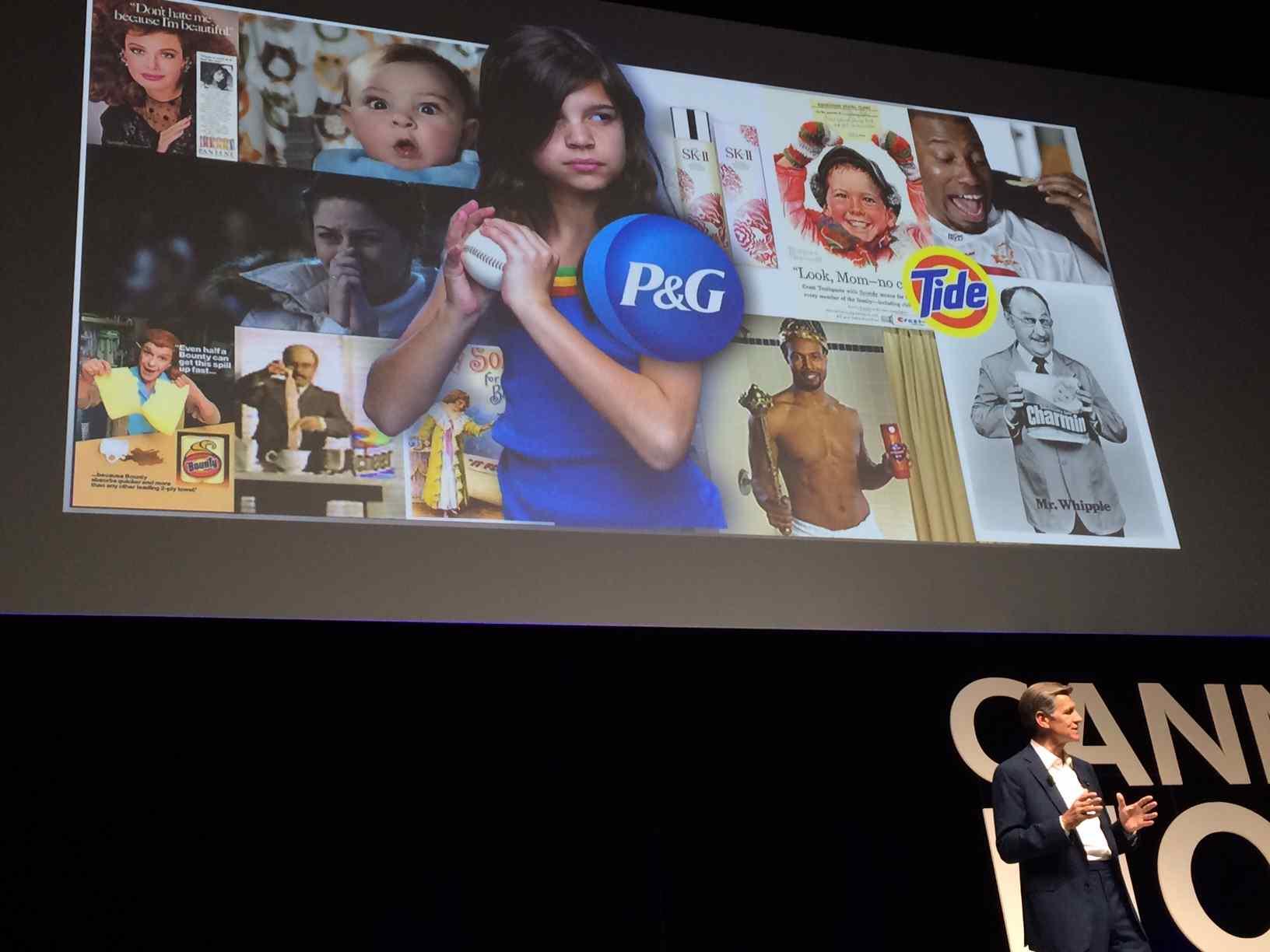 The term “game changer” refers to someone who radically changes the way or essence of things. An example is “Project Literacy,” a campaign launched by Pearson, a global player in the world of education. It won a Grand Prix in the category of Lions Health, a fresh category for the wellness and pharmaceutical sector. 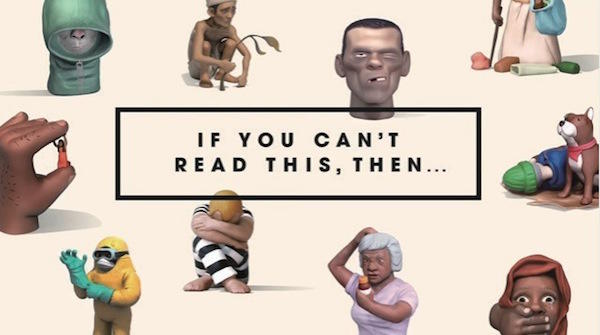 This campaign sought to solve the issue of illiteracy through “health.” If you are illiterate, you cannot read any documents about medicines and materials distributed by medical institutions, and end up staying away from hospital, increasing the risk of dying young. Based on this analysis, the campaign called on the target audience to learn the ABC for the sake of their health. Various tools were developed for this campaign including an ABC song went like this: (learn)A(which)is for AIDS, B for Bloodshed… and Z for Zero Options. Thanks to keen public interest, the campaign will continue to be rolled out. The idea of remedying illiteracy through health is a game-changing concept. Indeed, the expression “Healthification of Everything,” a pun on the “Internet of Everything,” sprung up during the judging process and when announcing the results. It refers to an idea that various challenges might be met by linking them with health. In a country like Japan, “Healthification of Everything” will be increasingly crucial due to population ageing. What if we start ideation by writing “Healthification of Everything” on our creative canvas? And multiply that with our field of specific interest: Cars x Healthification, Drinks x Healthification, Local community building x Healthification… By adopting a new perspective, you can tackle the challenges you are facing or that may come up in the future. You have unlimited freedom as to what to draw on the canvas.

Usagi Ishii
Creative Director, Hakuhodo
Born in Tokyo. After living in South Africa for several years in her childhood, she spent some of her teenage years in the United States. Since joining Hakuhodo upon graduation from Waseda University (Faculty of Letters, Arts and Sciences), she has been primarily working on international advertising creatives. She has won prizes in award shows including Gold at New York Festivals and London International Awards. She has been reporting on Cannes Lions since 1997.
SHARE
Back to News & Insights