An Unimagined Way from a new use: MR Museum in Kyoto 1

Hakuhodo’s creativity has the power to produce Unimagined Ways.
We increasingly encounter challenges that cannot be solved with conventional ideas reached with logical approaches. Hakuhodo breaks through these challenges and creates new value with Unimagined Ways that break with convention. This series features interviews with Hakuhodo Group people who have used creativity to produce and implement Unimagined Ways.
In this fifth article in the series, we talk to Kazuhiro Suda, who led the MR Museum in Kyoto project. 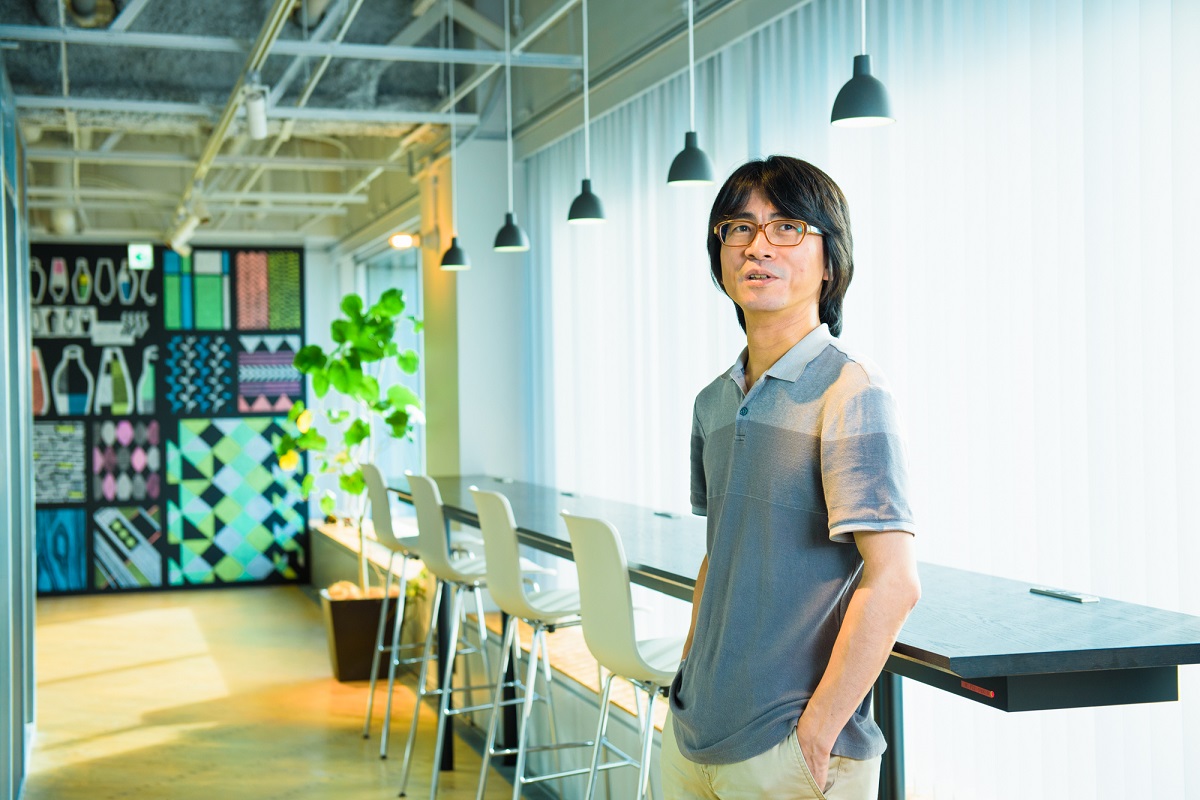 MR Museum in Kyoto was an event that enabled appreciation of a cultural property known to all Japanese using mixed reality (MR). The event attracted many visitors and a lot of media attention. How did it come about?

MR Museum in Kyoto was held at Kyoto’s oldest Zen temple, Kenninji, in 2018. The event combined the Fujin Raijin-zu Byobu (Wind God and Thunder God Screens), a National Treasure, and the latest MR technology. When viewed when wearing the Microsoft MR device HoloLens, the Wind and Thunder Gods in Sotatsu Tawaraya’s masterpiece appeared in three dimensions in a three-dimensional space. Explaining the painting’s story is a Buddhist monk who was filmed in 3D. I believe that it was the first time that MR technology was used anywhere in the world for appreciation of cultural properties.

About a year or two prior to working on this project, Hakuhodo and Hakuhodo Product’s launched a team called hakuhodo-VRAR to develop products using virtual reality (VR) and augmented reality (AR), and I was fortunate enough to join the team. I had been working on my Suda Lab project for four or five years with the goals of creating prototypes and creating new advertising products for new communication using new technologies. I thought that I could approach VR and AR, which will be the next big wave in technology after the smartphone, in basically the same way. 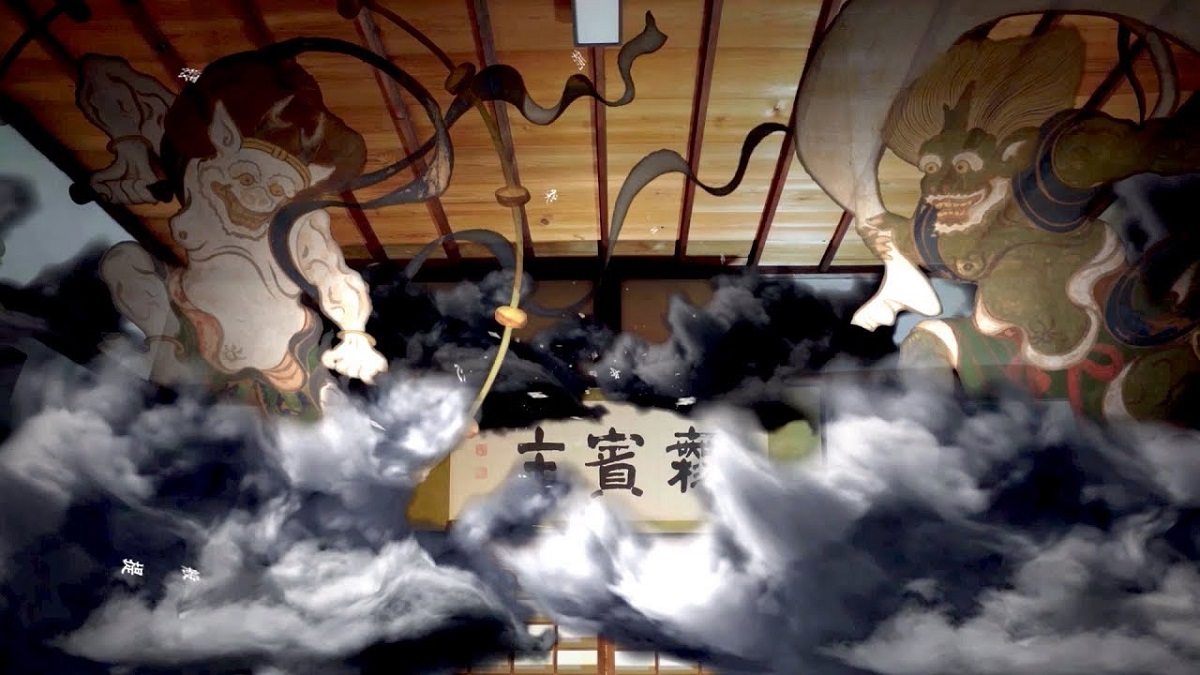 At around the time hakuhodo-VRAR was getting going, I was exploring whether I could do something for tourism in Kyoto at Suda Lab through a separate opportunity, and thought it might be cool to weave VR and Kyoto together. I considered a VR experience that could be enjoyed while walking around Kyoto. But with VR, people wouldn’t need to go to Kyoto to experience it. And wouldn’t people rather see the real Kyoto than a VR version? As thoughts like this were going around in my head, I had the opportunity to try out HoloLens, which had just landed in Japan. And then it hit me: with MR you overlay real objects in the real world with an information layer, so people would need to go to Kyoto. They would need to go to Kenninji and stand in front of the real Wind God and Thunder God Screens. With this, I realized, I could create a reason for going to Kyoto. And if we could make this happen, I thought, we could create a new way of enjoying cultural properties and a new way of promoting tourism, so I decided to get everyone at the Lab involved.

What do you mean by “creating prototypes for new communication using new technologies”?

To put it simply, coming up with new ways of using a technology, rather than the technology itself. This, I think, is an important role of an advertising agency.

MR Museum uses a new technology, MR, in the appreciation of a cultural property, and by adding MR to a National Treasure, creates a new enjoyment experience. People can experience and learn about the historical background of the work and the meaning it contains while looking at the real thing. We created an experience through which users can gain an understanding of the work not possible with the traditional way of enjoying cultural properties—actually viewing them. Plus, the youth generation, which had previously not had much interest in cultural properties, became interested. 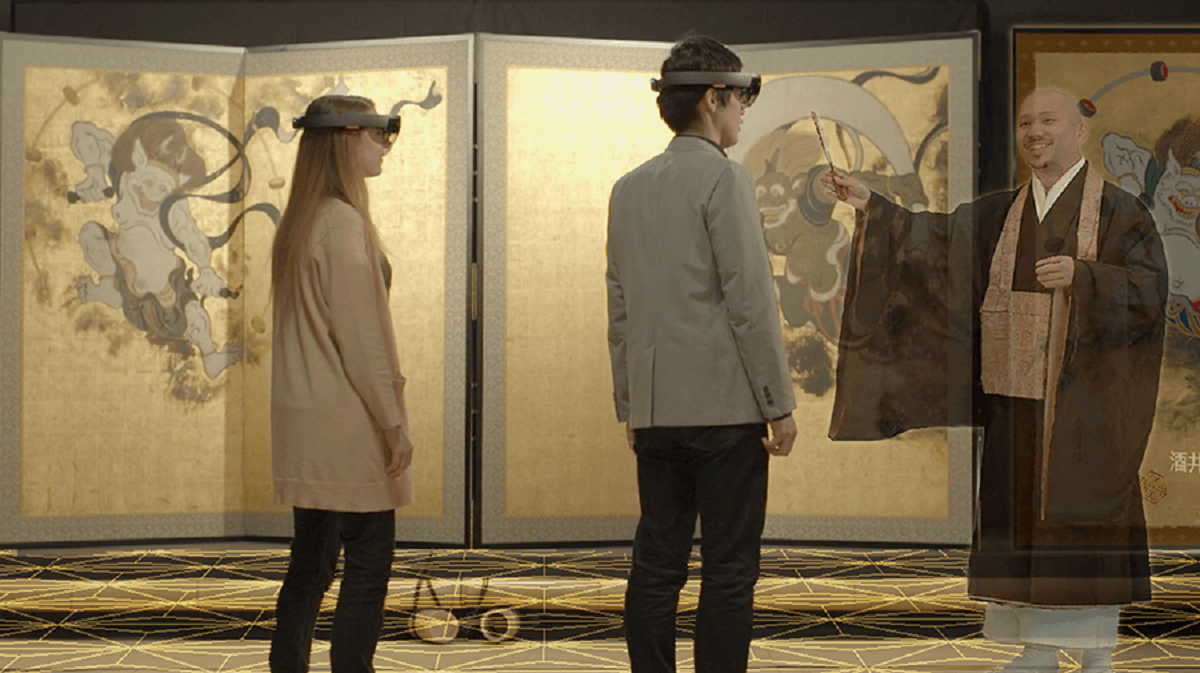 In my view, this is probably a “heretical” use of MR. It is probably not a use of the technology that was imagined when it was developed. But that’s the point. By realizing this “use,” we found new potential in MR.

In fact, rather than the technology itself, “how to use the technology” has been a sure-fire process that has been repeated any time a new innovation has emerged since way back. They say that the telephone was not invented with the way we use it now in mind. Apparently people thought: “It just delivers voices over a distance, so it is probably not as useful for anything other than telegrams.” There was a time, apparently, when they tried using it to bring concert hall performances to people’s homes in the same way we do with cable broadcasting today. But one day, it became essential as a means of contacting people.

Also, it’s said that when Edison developed the phonograph, he suggested it be used to leave wills. He would never have dreamt of using it for recording music, mass producing it and turning it into a huge industry. When the world’s first mobile phone with a built-in camera went on sale, most people wondered what they would use such a thing for. I love anecdotes like these; they hide within them the real meaning of an innovation, and are the very essence of an Unimagined Way.

Uses for technologies are always found later. New technologies spread when a good use is found for them, and as a result, new industries come about. No one invents something knowing what it will become from the start, and no one has a business plan from the beginning. The people that come across a new technology and discover a use for it, quickly grasp what about it will make users happy and trial that before others; those are the people that pioneer new industries.

For people like me who have made advertising their livelihood, this is precisely where the value of our work lies, I think. As ad agency pros, we are well versed in methods for conveying products and coming up with the fabulous lives that can be realized with a new technology. But maybe we can evolve our methods to include coming up with ways of using technology that will delight, and demonstrating these so that anyone can understand them. This is simply an extension of what we are doing already, and any ad agency person will be able to pick it up with a little training.

What was the response to MR Museum in Kyoto?

It was featured on countless media, including national TV and newspapers. There’s a reason it became so talked about. And that is that more than anything, the initiative was really easy to understand. It brought together the Wind God and Thunder God Screens—a National Treasure that every Japanese person knows—and mixed reality, a technology that nobody had heard of. Whether you came at it from a cultural, tourism, technology or entertainment perspective, it was going to be of interest. As a result, this year (2019), it received the METI Minister’s Award, the Grand Prix of the JACE Event Awards.

At Suda Lab, we often explain ideas with the keyword “oldest with newest.” By “oldest” we mean sure-fire material that everyone understands; things that are universal and unchanging since forever. “Newest” refers to bleeding-edge technologies that nobody has heard of or the latest methods. It’s the simple idea that if you combine these, you can create something that anybody can understand but that nobody has seen before.

At the Lab, we discover new ways of using a technology, have a go at giving them form, quickly implement them and observe sei-katsu-sha’s honest responses. Then, before anyone else, we intuit insights into user psychology and sweet spots that we can use in “new communication.” 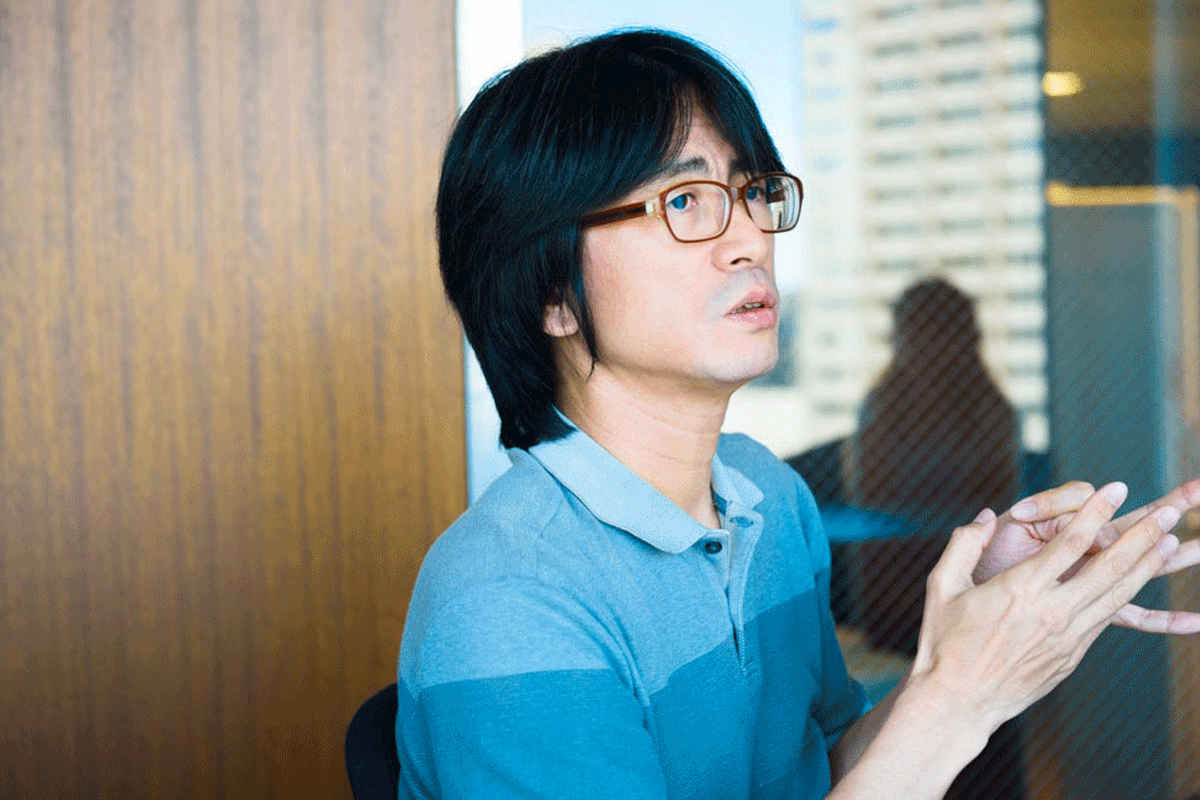