An Unimagined Way from a new use: MR Museum in Kyoto 2

Hakuhodo’s creativity has the power to produce Unimagined Ways.
In the second part of this two-part article, we continue talking to Kazuhiro Suda, who led the groundbreaking MR Museum in Kyoto project. [Part 1] 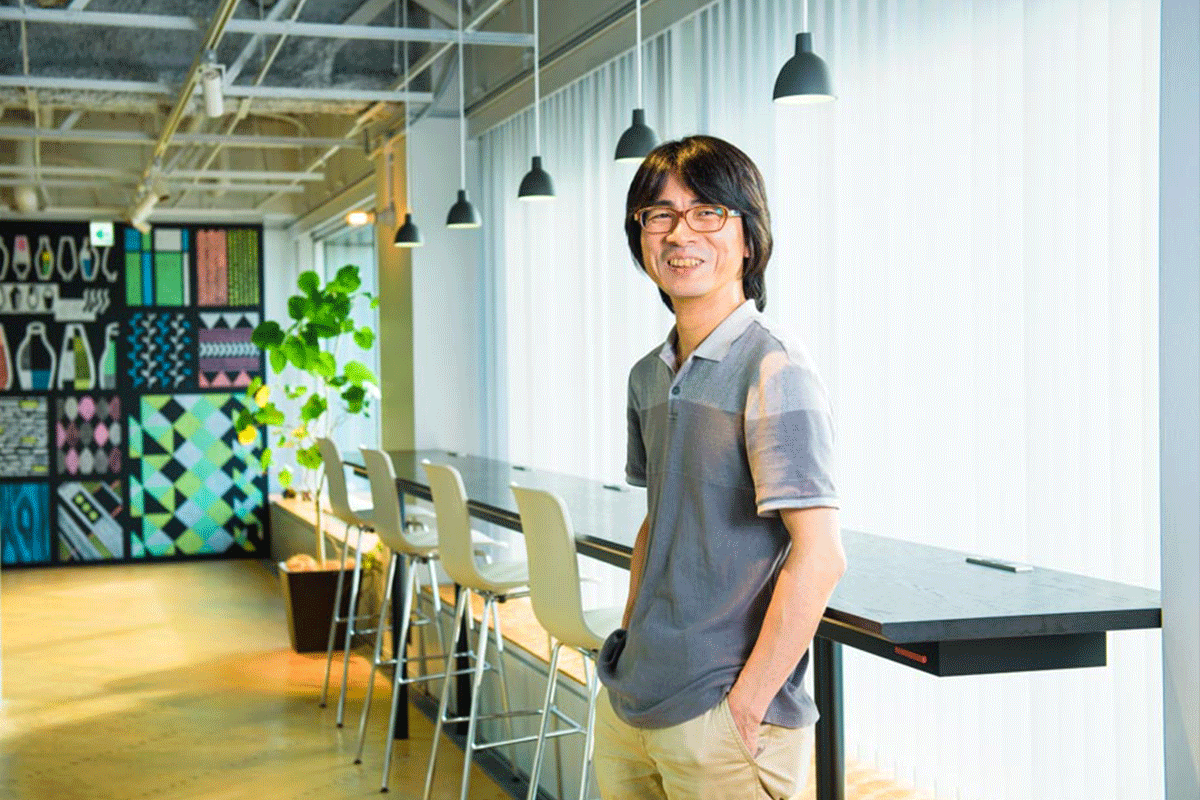 If there was a point the Unimagined Way was born in this project, when was it?

The point at which we showed what you might call “MR Museum Prototype 0” to the Kyoto side; that’s probably the moment the Unimagined Way was born.

Before MR Museum in Kyoto existed in name or form, we had the opportunity to explain to a group of people involved in cultural properties and tourism in Kyoto what they could do with MR technology, with an actual demonstration. We visited Kyoto with a team from Microsoft, but I thought that it would be difficult to get them to understand how HoloLens would work with cultural properties with just the demo content Microsoft developed in the US, so I created super-basic content to use as a demonstration.

I captured 3D video of myself in a cheap samurai costume saying “Ladies and gentlemen, behold the tiger on this screen!” in a self-important way, after which a CG tiger with a Japanese painting-like texture growled as it jumped out of a folding screen. When I look at it now, it is super-crude and I am nothing but mortified, but by having the client look at it through the HoloLens, I was able to get them to understand what I was trying to do at a glance.

Rather than giving them a complicated explanation of MR, I needed make the “so in short, what does it mean?” bit as obvious as possible so that everyone could get it in an instant. The scene from the famous Tales of Ikkyu, where the witty monk asks the dull lord to make the tiger come out of the folding screen so that he might catch the “troublesome” beast, was the obvious choice of inspiration. What I’d done, essentially, was to run up a rough prototype of that scene.

If it had been a regular job and I’d pitched a “tiger jumping out of a screen” proposal, I would have certainly have been told to come up with some real ideas. Like I was a total newbie. But as I mentioned earlier, when using a too-new technology like MR, something simple, plain and almost too obvious was just about right.

When movies were first introduced and when TV commercials were first aired, it must’ve been like this, too. The people who watched the first movies screened by the Lumiere Brothers in the south of France are said to have been taken aback by the steam train coming toward them, and the first TV commercial shown in Japan was a time signal commercial that went: “The time is now seven o’clock.” That’s because the broadcasters themselves were still working out how to use television. It is not until sei-katsu-sha become familiar with a new technology and producers get used to it that expression matures and appeals to the emotions start to appear.

What we are doing is media that have just come into the world. The technologies are all being used this way for the very first time. So what I want to say is that Unimagined Ways are things that when they’re first unleashed on the world have a form that makes people go: “What? Is this even right?” At that time, when they’ve just emerged, these “buds” are still crude and shouldn’t be picked. We need to see past these immature buds and protect and nourish them, and always remember that the unlikeliest of things can go on to become massive innovations. This stance is, I think, what “give birth to an Unimagined Way” means. 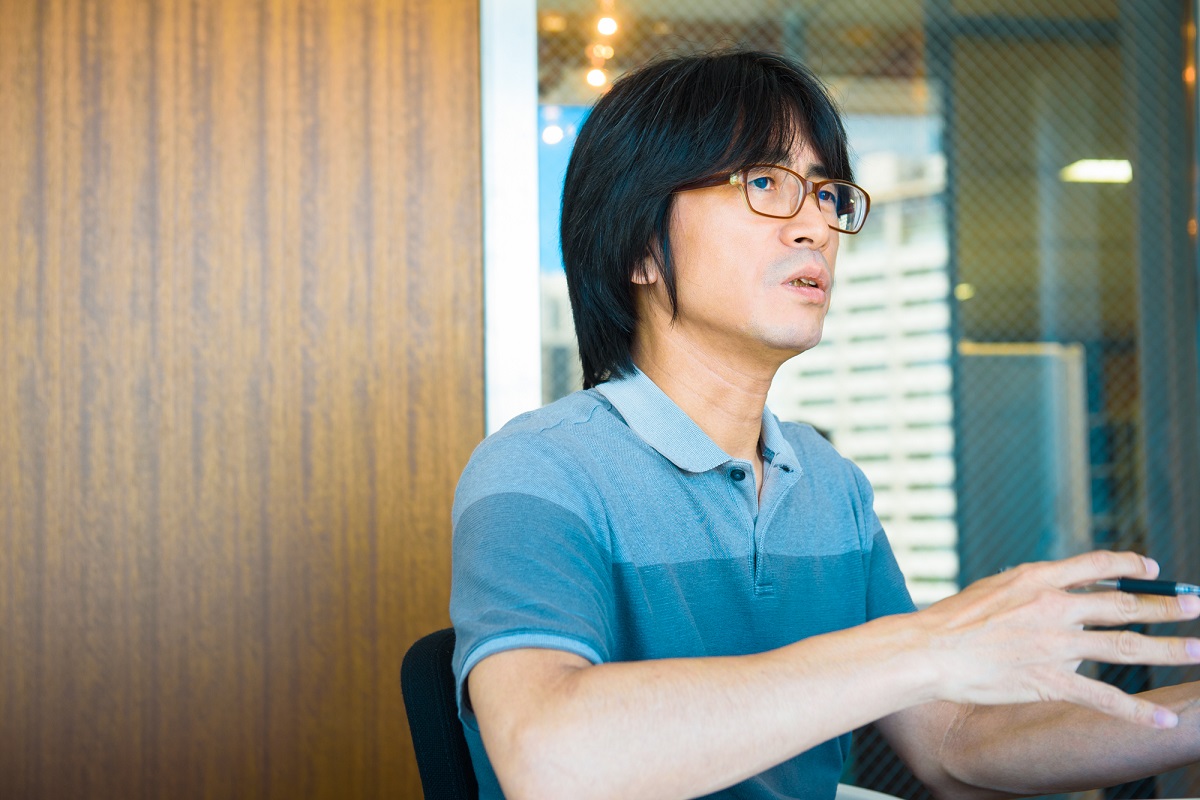 Was anything about the project difficult?

The fact that I couldn’t use image grammar was. VR and MR are visual images but not visual images; this is something I became painfully aware of the first time I did VR. With VR, the field of vision is itself a visual image, so there’s no camera blocking or zoom, since MR involves “processing” a real-world space itself, direction is totally different than for visual images. Users experience the work while walking around, so what they see will differ depending on the angle they are viewing it from, and they won’t necessarily look at the things you want them to, so traditional direction methods we’ve used till now are useless. It’s actually more like creating a stage performance or event booth. When I first started, I was warned to not think things through with storyboards, but I didn’t get what that meant. There’s no angle of view, so you can’t try to come to grips with things or work through your ideas with a 2D storyboard. You work things through with the script and an experiential rough called a “rapid.” I learned this by trial and error, as I mastered the tricks of communicating within MR.

So you discovered tricks as you actually went along?

Yes. Unimagined Ways are not like traditional solutions, so you have to put your faith in intuition and potential, and jump into the unknown in pursuit of the answer. This is, I think, a wall you’re just going to have to slam into. We can think about things because they have form, so human beings tend to think about things with traditional thinking processes even in the unknown. You only learn that traditional methods are totally useless, that the principles are different to begin with, by having a go and messing up.

You won’t know how the target audience will feel when they come in contact with your “new communication,” either, if you don’t actually give it a go, have them experience it and observe their responses, keeping your ears pricked and all your intuitive powers in play.

So what does Unimagined Ways mean to you?

As I said earlier, I always think that finding a new way to use an existing technology is itself an idea, and something that communication producers should do. I also think that future industries that are yet to materialize in the world will only be born from new uses for technologies that already exist. To be honest, I’m not sure what constitutes an Unimagined Way. Rather than simply using a technology as intended by the manufacturers, what ad agencies need to be doing, I think, is finding new ways of using it, and in doing so, discovering things that will give people of all ages happiness, whether by thinking it’s cool, that it moved them somehow, or that it addresses a need. Quickly discovering lots of these things and continuously suggesting them to the world; as an advertising agency, that’s our job.

To do so, we need to constantly be tuned in to both unchanging human values and sensitivities and the latest trends in technology that appear day by day, minute by minute. Having the emotional flexibility and perspicacity to continuously notice people’s everyday reactions and joys is essential. As is knocking your everyday theory building abilities against those of your colleagues. At Hakuhodo, we have great colleagues and a great environment for doing this, and an atmosphere that encourages us to give any great ideas we come up with a go. That, I think, is the company culture that allows us to come up with Unimagined Ways.

That being said, I am also strongly aware that Unimagined Ways can’t be produced to plan. It’s not that we don’t go in with a plan, just that the unexpected that transcends the plan is really important to coming up with an Unimagined Way, whether it be the unplanned or something beyond the plan. It is important to take steps to make effectuation your own.

MR Museum in Kyoto, too, began as a result of a chance encounter, did it not?

It was a chance encounter with HoloLens, and the process of trial and error I had been undertaking for an initiative I wanted to do in Kyoto since long before that. It would not have happened without either one of those, or the timing. I only learned about HoloLens from Microsoft because I had previously used their cloud technology to develop Face Targeting AD.
And likewise, contacts I made as a result of MR Museum in Kyoto have subsequently led to various other projects. 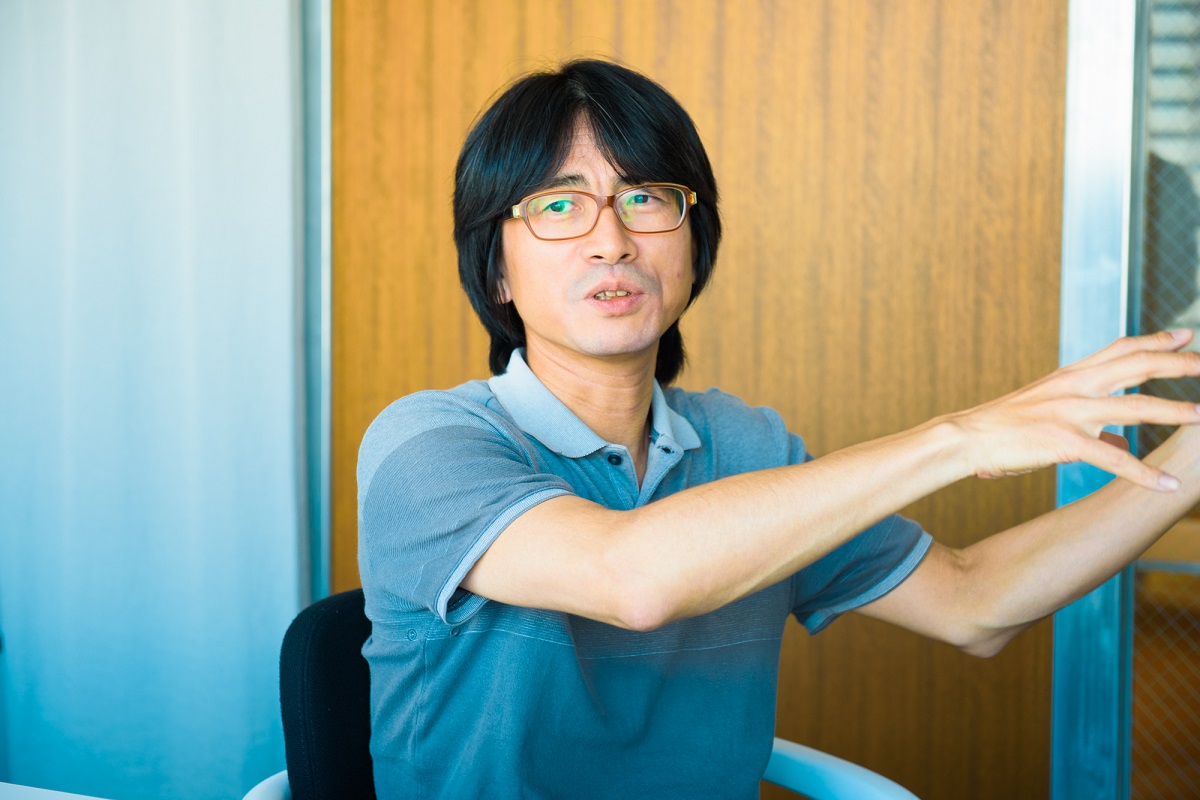 It’s not possible for one person to bring forth an Unimagined Way on their own. By ourselves, we can only come up with solutions that already exist. Constantly meeting people in possession of things we don’t ourselves have is absolutely crucial. But when we do, I think we need to have self-awareness and ask ourselves: “What is it that I can do?” and have something of your own for which there is no other substitute.

The only way to get close to an Unimagined Way is, I think, to fully know your own value and work on it every day, and encounter unknown partners and actively collaborate with them. Basically, to literally devote yourself to your work every day. Even when you have no idea at the beginning how things might turn out, I think you need to just give things a go, in the spirit that there could be something there. As you repeat that process, new encounters will materialize. 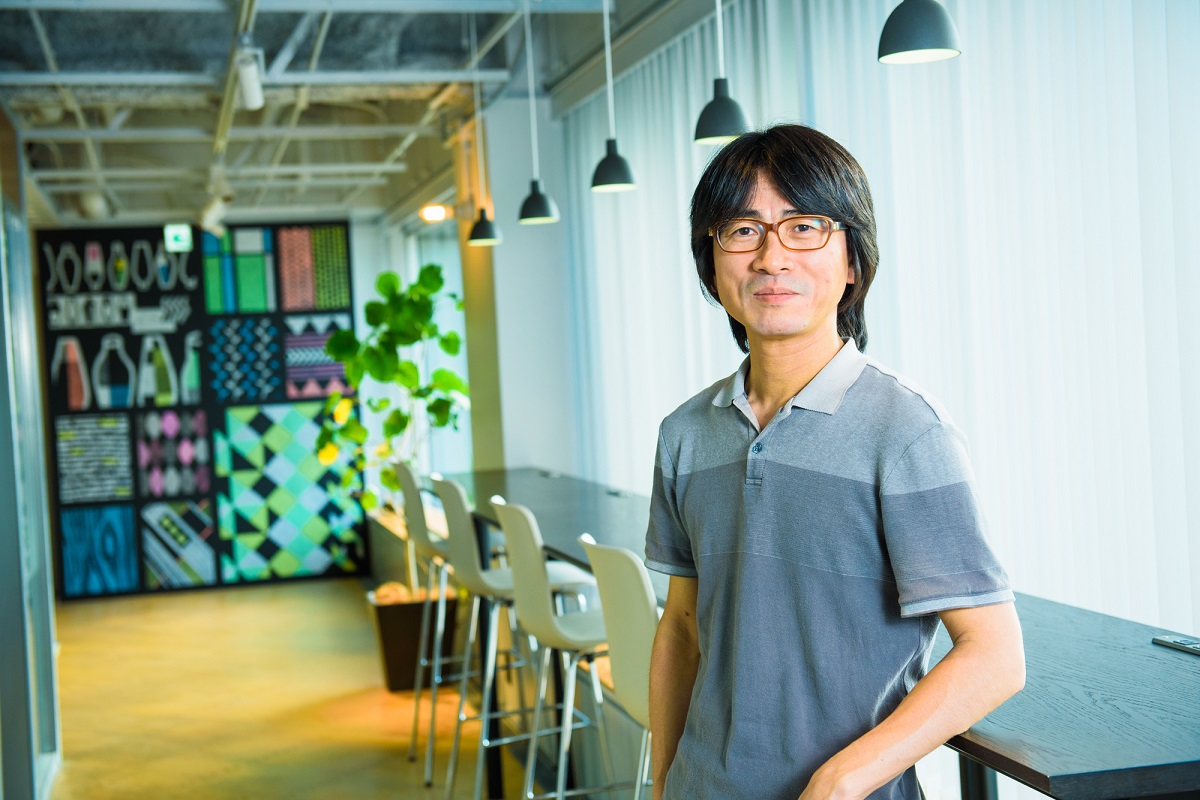 Kazuhiro Suda
Executive Creative Director, Hakuhodo Inc.
Chief, Suda Lab and member, hakuhodo-VRAR
Following stints as Art Director and Commercial Planner, Kazuhiro Suda entered the interactive arena in 2005. He established the creative lab Suda Lab in 2014. Talkable Vegetables and Rice Code, the Lab’s first two works, won over 70 Japanese and international advertising awards, including a Grande at ADFEST, and Gold at Cannes International Festival of Creativity. Suda was President of the Interactive Jury at the ACC Tokyo Creativity Awards in 2016 and 2017. He is the author of Ads You Can Use.
SHARE
Back to News & Insights