Unimagined Ways begin with a problem: From the Other Side

Hakuhodo’s creativity has the power to produce Unimagined Ways. We increasingly encounter challenges that cannot be solved with conventional ideas reached through logical approaches. Hakuhodo breaks through these challenges and creates new value with Unimagined Ways that break with convention. The buds of various such solutions have already emerged and the challenge of opening the way to the future has begun.
In this series of interviews, we ask Hakuhodo Group people who have used creativity to produce and implement Unimagined Ways about the genesis of their breakthrough. In this third article in the series, we talk to Hiroshi Yamazaki, the copywriter behind the From the Other Side picture book for elementary school children that fosters communication by posing thought-provoking moral questions with no correct answers. 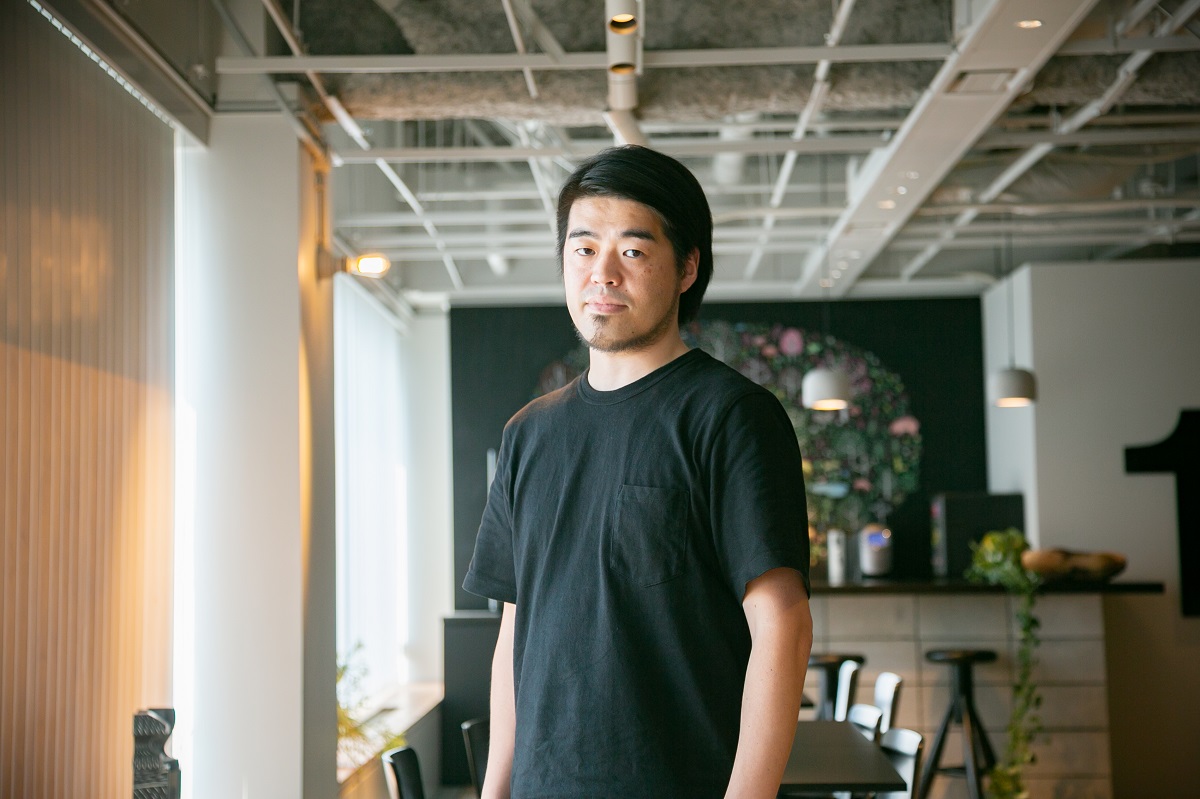 From the Other Side (Japanese title: Kotae no nai dōtoku no mondai dō toku? [How would you solve moral dilemmas with no correct answers?]) was published by POPLAR Publishing in spring 2018. How did you get involved in this picture book?

It all started when two of my former TBWA\HAKUHODO colleagues and I had kids and we had more opportunities to talk about raising kids. We frequently talked about bullying, suicide and other painful things affecting children. As parents ourselves, we started thinking that something needed to be done and whether we ourselves could do something.

I thought, parents and kids don’t really talk about bullying. Or if they do, it’s basically just parents asking their kids whether they are being bullied or doing the bullying. But really, isn’t it more important to think with your kids about why bullying is wrong? And it isn’t just bullying. Parents and kids rarely talk to each other about other such deep things. Could I create a springboard for parents and kids to discuss them? This awareness of a problem gave me the idea for From the Other Side.

Regular picture books provide one story and lessons that can be drawn from it. Rather than that, I wanted to spur deeper discussions between parents and children by having them grapple with questions posed by the book and talk to each other about their ideas about them.

So the book was intended as a communication tool?

Yes. Creating a picture book wasn’t the objective. With so many picture books that are considered masterpieces already out there, I was painfully aware of the meaning of an ad person like me taking it upon myself to create one. And that meaning, I thought, was to stimulate communication and pose questions to society through the book. I talked to my then boss about my idea and he gave me his support, saying it sounded intriguing, so I pitched the idea to a publishing house.

And that’s how I met the people at POPLAR. In my first pitch, I asked them to consider the questions “Why are superheroes allowed to hit the bad guys?” “Why is it okay to kill a butterfly, but not a cat?” and “Why don’t countries that fight each other get told off?” Covering the topics justice, life and war, these three questions made the final cut of the book.

POPLAR was exceedingly receptive, noting “There haven’t been books with this kind of ‘unsettling’ aspect to them before,” and “There aren’t any books that cross into parent-child discussion territory.” It was with their desire to realize the book that this project began. 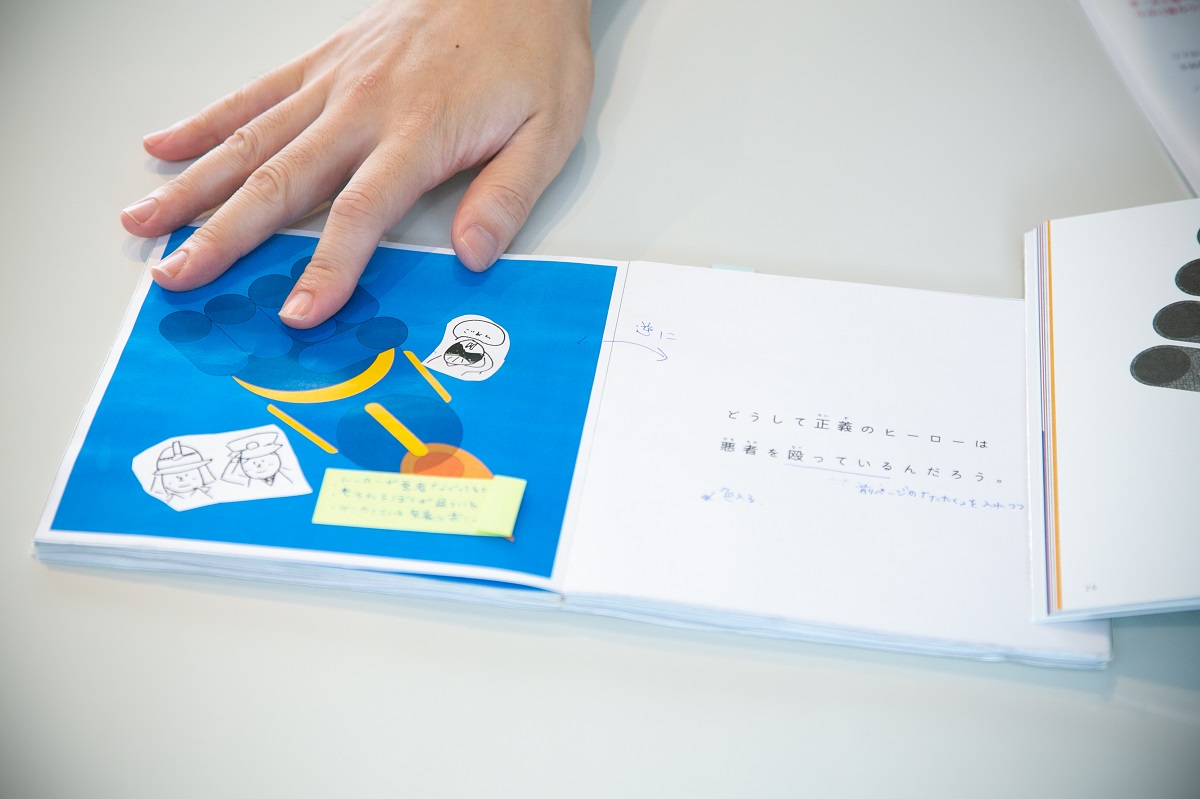 An early version of From the Other Side

By “unsettling” did they mean something that catches the heart and makes you stop to think about it?

Yes. Those questions have no correct answer or solution, and spur people to think about them together. As a copywriter, I see it as my role to suggest new perspectives to society. You might say that From the Other Side is a book that tries to change perspectives.

How did production of the book go?

It started with the POPLAR team and our team coming up with “questions.” We delved into lots of topics, pondering which would be easy for kids to understand while still making adults stop and think. We also included LGBT and other recent hot button issues. When we lined up the questions that we were coming up with, we realized we were basically talking about moral issues.

We gave each question a “gateway” copy. Rather than coming right out with the question, we wanted kids to first think about their everyday lives to put them in the right frame of mind to understand the questions. For instance, on the page after the gateway copy “I got told off by my Mom again today. She says it’s wrong to hit others” we ask the question “Why are superheroes allowed to hit the bad guys?” 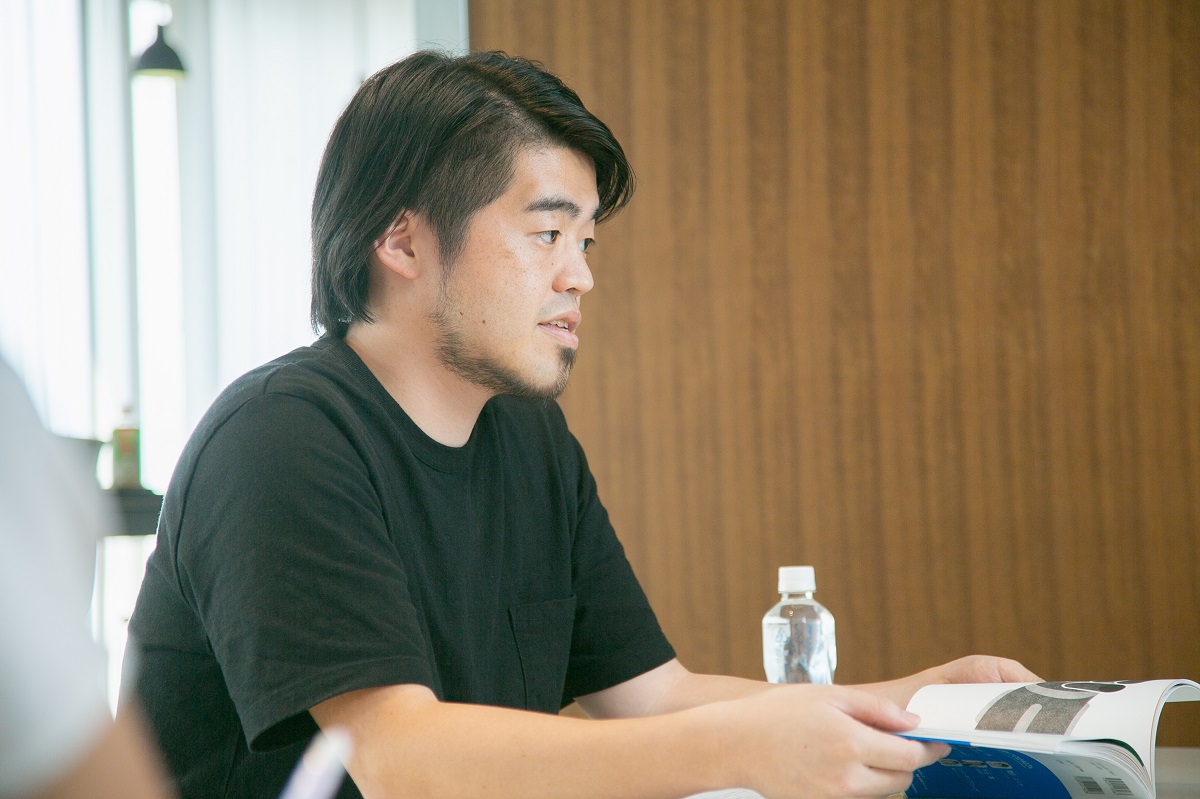 Talking to classmates with different opinions

What was the response after the book was published?

About a year after it went on sale, the book has spread far and wide. Currently, it has been added to around one third of Japanese elementary school libraries, some 7,000 schools or so. We had lots of teachers telling us they wanted to use the book in the classroom, and we understand that teachers around the country are teaching using it. We, too, taught a lesson in collaboration with the Toda City Board of Education in Saitama Prefecture. We have made classroom materials and worksheets available for download on the official website, and hope that lots of teachers will use them. One parent-teacher association even used From the Other Side during story time.

You said you set out to spur conversations between parents and children, but it went beyond the home, causing a big impact in education, too

Particularly memorable was this summer, when the City of Nagoya in Aichi Prefecture named the book in its list of recommended summer vacation reading. With assigned reading homework, teachers often get their students to write their impressions of the story in the book. I thought it was really interesting that a book with no story or answers, just a list of questions, was selected.

One educator said, “Parents and their children often think alike. Perhaps schools, where kids with different opinions come together, are a venue where the book can really come into its own.” Kids think about the book’s questions, which have no clear correct answer, and talk about them with their classmates. This provides an opportunity to realize that everyone has their own ideas.

A month after the book was published, moral education became an elementary school subject

I understand that in previous moral education lessons, students tried to give the “correct answers” they thought adults were looking for. With moral education now on the curriculum again—and something that will be graded going forward—it would not surprise me if that becomes more common. But with From the Other Side and its collection of questions with no answers, it seems to be easier to get most kids to give their real opinions. After all, there are no wrong answers.

And even if they can’t speak up, thinking about the problems is the main thing, I think. I heard that one elementary schoolgirl ended up in tears after being unable to express her thoughts to her mother after reading the book. It is gratifying to think that the book might have hit on feelings that children are not able to express in words. 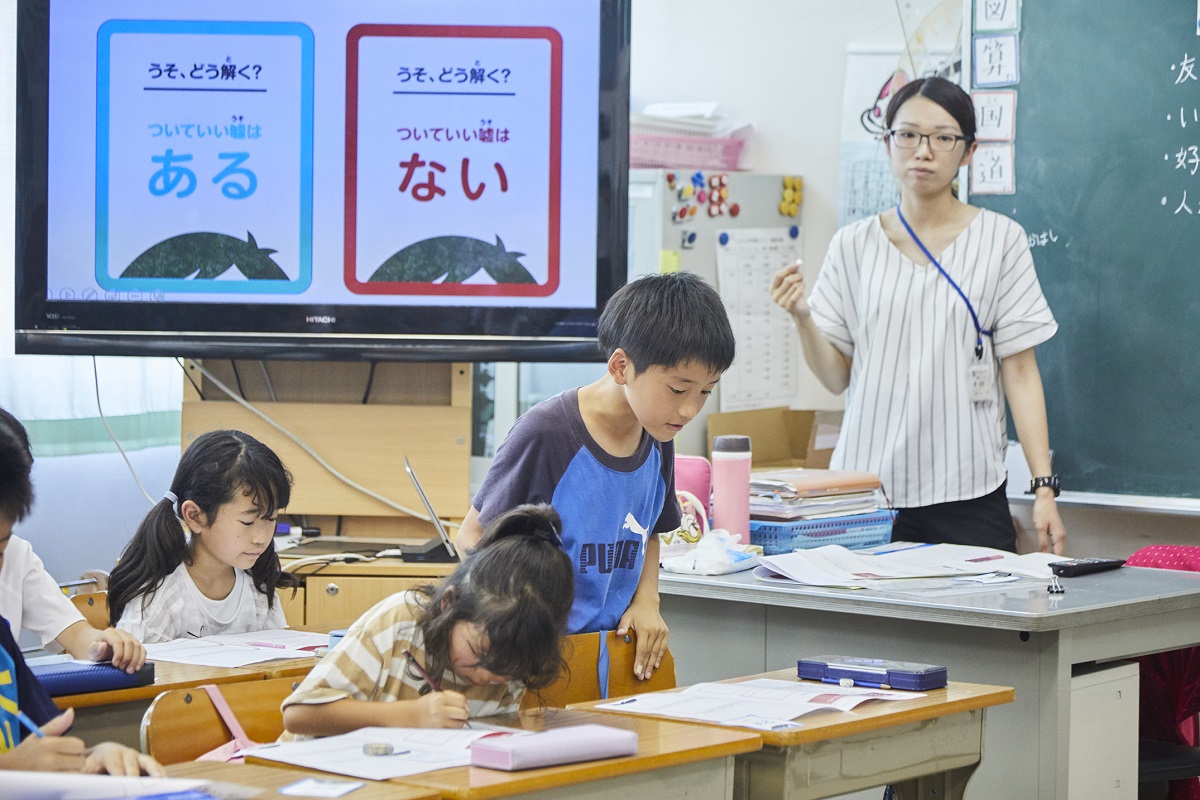 Unimagined Ways begin with problems that need to be solved

If there was a point an Unimagined Way was born in this project, when was it?

Unimagined Ways to me are not about coming up with innovative ideas; they arise from thinking about what the real problem is—in other words, from posing a problem to be solved. In this instance, perhaps the first step was three mates talking about their kids and the fact that parents and kids don’t really talk about deep things together, and that maybe a trigger for such parent-child discussions was needed. I then got together with POPLAR to give that substance on the fly as a communication tool in the form of a picture book with no right answers. This Unimagined Way would probably not have come about if I’d not been able to get to the crux of the problem.

Actually, I felt that the book was seen as an Unimagined Way due to the fact that many people rated it as something they’d never seen before. For instance, poet and translator Shuntaro Tanigawa, professional shogi player and a chess FIDE Master Yoshiharu Habu, and respected journalist Akira Ikegami have expressed their support for the book, as well as their thoughts on the questions it poses. To provide hints for thinking about the questions, we included their comments along with children’s opinions in the second half of the book.

We also took From the Other Side to the Kyrgyz Republic and other countries, and the responses kids gave to the same questions were totally different from country to country. It was quite fascinating. We are currently working on production of a second volume. 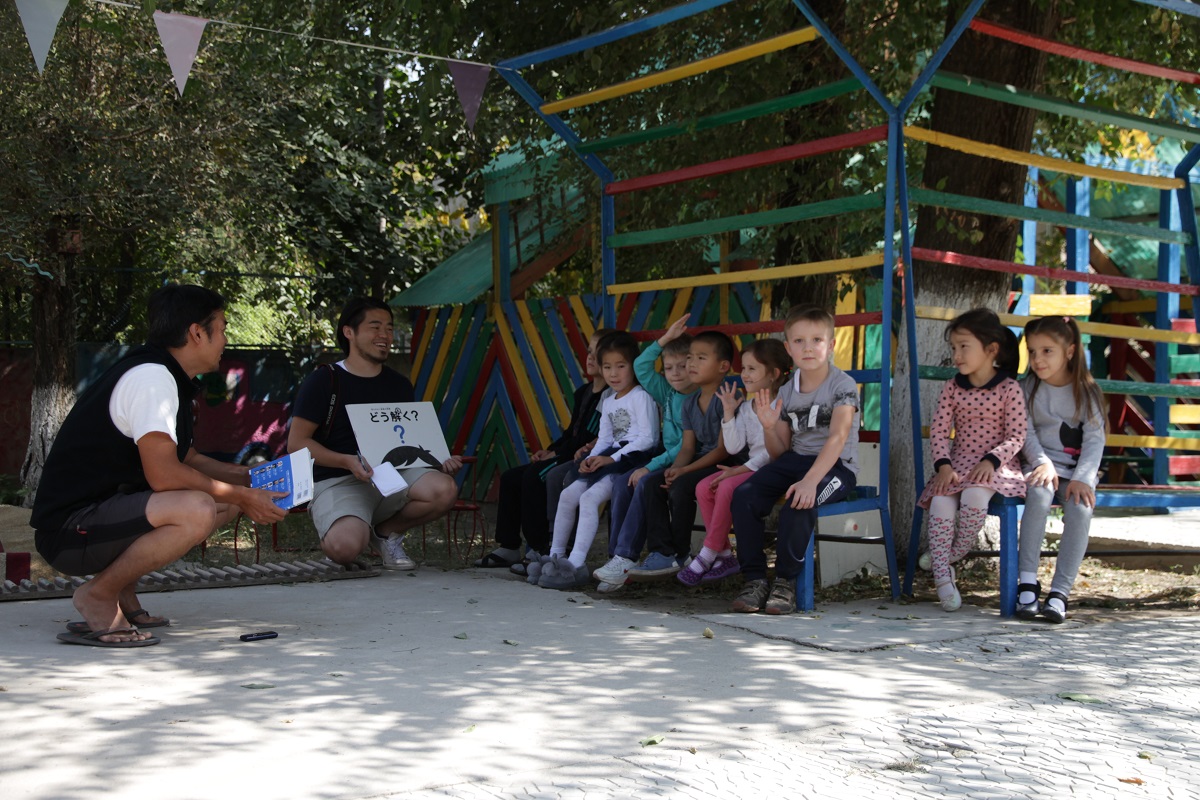 A lesson with Kyrgyz children

What will you focus on as you work toward your next Unimagined Way?

Whenever I watch the news, I imagine how the people being reported on feel and analogize how people watching the report feel on seeing and hearing the news. As a copywriter, I hope to write warm copy that captures people’s emotions with sensitivity and that is never critical or hurtful.

I take the same approach to my own feelings, too. I want to pay attention to the thoughts and feelings that well up from inside. It was the same with the book. By honestly facing perceptions of problems that well up inside us and thinking deeply about what we can do and how we can expand our skills, and then getting others involved, I think we can create something for society.

This time there was really great collaboration between the publishing house POPLAR and our advertising agency, which really brought home to me what can happen when people from different industries work together. I look forward to working with others outside the company again, but to do so, I need to be clear about my own value as a copywriter and a human being. 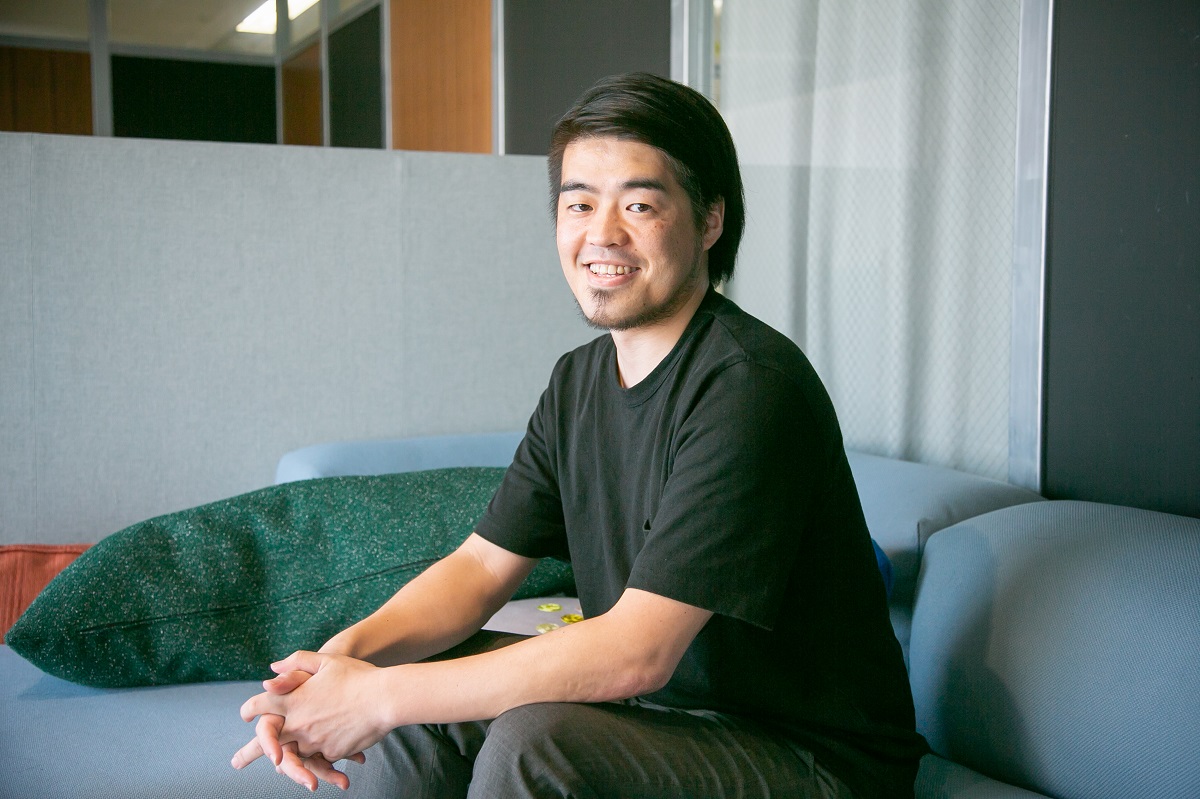 From the Other Side special website (in Japanese): http://www.poplar.co.jp/pr/doutoku

Hiroshi Yamazaki
Copywriter, Hakuhodo Inc.
Hiroshi Yamazaki joined Hakuhodo in 2010. He was assigned to his current division after a secondment at TBWA\HAKUHODO. With a focus on “creative for society,” he develops integrated campaigns centered on copywriting. He is the recipient of numerous Japanese and international awards, including Bronze at Cannes Lions International Festival of Creativity and Grande Lotus at ADFEST for COGY.
SHARE
Back to News & Insights