The truth about working women: 7 types of career women

Hello from the Career Woman Lab. How are you all doing now that the heat of summer is past and there’s the occasional nip of autumn in the air?

This column looks at the seven clusters into which the Career Woman Lab has categorized Japanese career women. The Lab surveyed 900 working women in their twenties and thirties, and tentatively concluded that, based on their answers on certain subjects like attitudes to work and consumption, they could be classified into seven broad clusters each sharing certain traits.

Here are descriptions of each of the clusters along with their distinguishing traits.

(1) The professional type: Specialists eager to make a difference 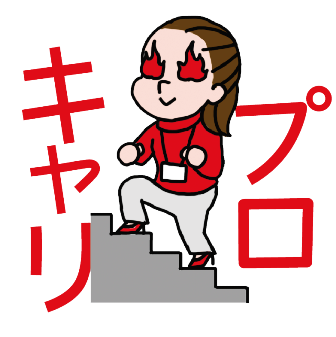 Professional types, who account for 16.2% of all career woman, have a strong desire to be relied on and appreciated by others. Their lives revolve around work. The traits of this cluster can be succinctly summed up in these three points:

NOTE: Satisfaction: Satisfied with now? Ambition: Want to focus on the future?

As the graphs show, these women’s lives are far more work-centered than that of the average career woman. Moreover, they rank second among the seven clusters in annual income (3.50 million yen) and spending money (51,483 yen). But though they can to some extent afford to spend on themselves, they’re prudent shoppers in that they systematically manage their spending by keeping track of expenses and choose with their own eyes rather than being swayed by fashion. On the occupational front, quite a few hold specialized jobs involving focusing on something specific or work on behalf of others at a school or nursery.

(2) The gung-ho type: Going nonstop on every front 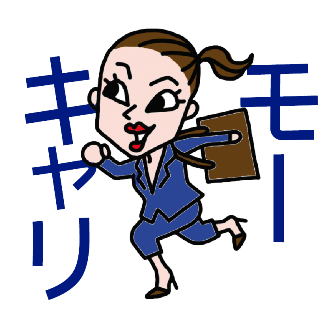 The next category is the gung-ho type: upbeat women who seek to fulfill themselves on every front, both professional and personal. They make up 12.8% of all career women. They’re perfectionists who do everything to a T, but even then they’re not satisfied: that’s how ambitious and tough they are. Their traits can be summed up in these three points:

As the graphs show, gung-ho types rank above the average for all career women in all categories: work, social life, love and marriage, and interests. Besides displaying a high level of satisfaction, they also have a high level of ambition. Avid consumers, they exploit every source of information available, whether advice from store staff, discount coupons, or online reviews. They believe that being in the workforce is the key to personal growth and a fulfilling personal life; they have little desire to become homemakers. On the occupational front, quite a few are in demanding career-track positions.

(3) The showy type: Fishing for likes 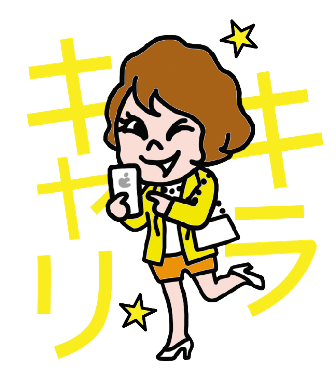 The next category is the showy type: women who aspire to flashy jobs that will earn them others’ admiration and let them show what they’re capable of. They have real lives off line: they eagerly visit popular spots and love whooping it up with others. This cluster accounts for 14.3% of all career women. Their traits can be summed up in these three points:

Compared to the average for all career women, showy types are reasonably satisfied on all fronts, while off the job they tend to give priority to their social life. More of them are in their early twenties than in other clusters, and they superficially follow trends across a wide range of fields—networking with people, careers, fashion. Owing to the priority they give to their social lives, they’re fairly heavy users of social media: they love giving and receiving likes and comments. They make 3.736 million yen a year, the highest income of the seven clusters. When it comes to shopping, they’re more interested in making the most of the present than saving money; they wouldn’t be caught dead buying secondhand. That may be because they have a persistent desire for the latest thing. On the occupational front, a fair number are in retail and services.

(4) The trend follower: Cautious about jumping on the bandwagon 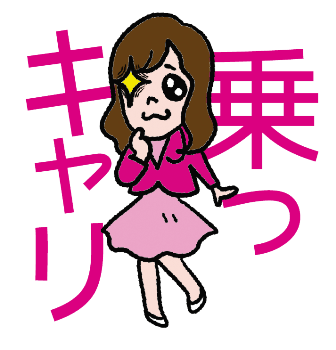 The next category is the trend follower: brand-conscious females who are less work-oriented than women in the other clusters but rather have the goal of finding a high-status husband. They make up 16.2% of all career women. Concerned about how others see them, they are uncompromising about choosing a partner and will spare no effort to that end. Their traits can be summed up in these three points:

As the graphs show, trend followers have high ideals (ambitions) for their love live and lifestyle but are dissatisfied with their present circumstances. When shopping they attach great importance to online reviews. They’re keen users of social media, and check Facebook and a wide variety of other online sources including Twitter, Mixi, and the blogosphere. But they are also cautious: they will only jump on the bandwagon of a new trend after observing how others react to it. On the occupational front, quite a few are in administrative career-track positions. Because they are so concerned about appearances and what others think, they often find dealing with people socially a strain. They therefore resort to their smartphones or have a night out with the girls to blow off steam. 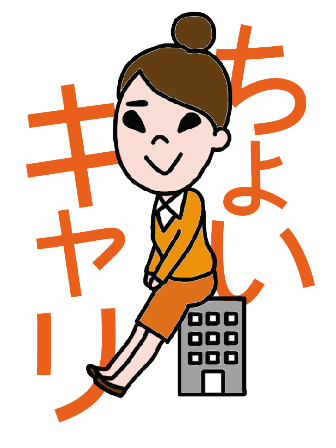 The next category is the casual career woman: those who value stability and seek the ordinary happiness within their reach. At 9.9% of all career women they number relatively few. Their traits can be summed up in these three points:

As you can see, casual career women are much less enthusiastic about work than the average career woman; their priorities are love and marriage and their interests. They believe getting married and becoming a housewife is normal, and many of them are evidently convinced that since a job is just something to tide them over until that day, the less demanding it is the better. At first glance they resemble trend followers, but whereas trend followers are concerned about status and appearances, for casual career women the important thing is the ordinary happiness within their reach. As for friendship, they’re quite content just to socialize with the people closest to them. They like to be able to experience the latest trends without spending lots of money. 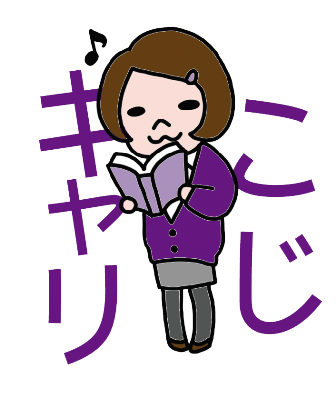 The next category is the oddball type: women who want to enjoy their favorite things at their own pace and make no bones about the fact that they only work for the sake of their livelihood and interests. The members of this cluster, who account for 12.1% of all career women, tend to be in their early thirties. They plan to stay on their present course in life and care little about marriage or fashion. Sensible and not very feminine, they follow their own path in life. Their traits can be summed up in these three points:

As the graphs show, the women in this cluster care very little about work or romance and live for their interests. They are careful to save money to spend on those interests, the nature of which varies from person to person. They are therefore indifferent when it comes to regular shopping, and try to be thrifty by buying secondhand or picking up stuff on Yahoo! Auctions. Accordingly they’re not very fashion-conscious: they prefer to be on the safe side and dress inconspicuously rather than stylishly. Because they’re content to be alone, they are less avid users of social media than other career women.

(7) The humdrum type: Introverted and living in a daze 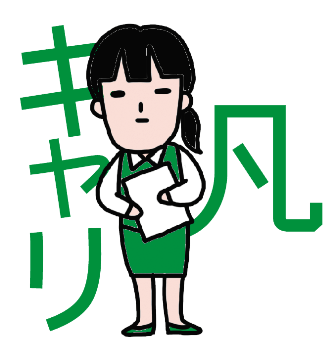 The seventh and final cluster is the humdrum type: women who are not good at communicating with others and drift through life in their own little world. They take things at their own pace and are passive and unambitious. And, surprise, surprise, they account for the largest share of any cluster—18.4% (!).Their traits can be summed up in these three points:

As the graphs show, humdrum types are characterized by dissatisfaction with their present circumstances combined with a lack of ambition. They are not very inclined to use social media or subscribe to magazines as a means of actively gathering information. Their income is at 3.401 million yen relatively high, ranking fourth among the seven clusters, but most of them tend to put their money in the bank rather than spend it on anything.

That brings to an end our quick survey of the seven categories of career women. As you can see, career women vary considerably in their attitudes to consumption, work, and communication. If you’re a career woman, it may be interesting to ask yourself which category you do (or don’t) fall into. That very question set off quite a discussion among the members of the Career Woman Lab.

In the next installment we’ll explore the characteristics of each cluster of career women in greater detail while focusing on a particular topic. 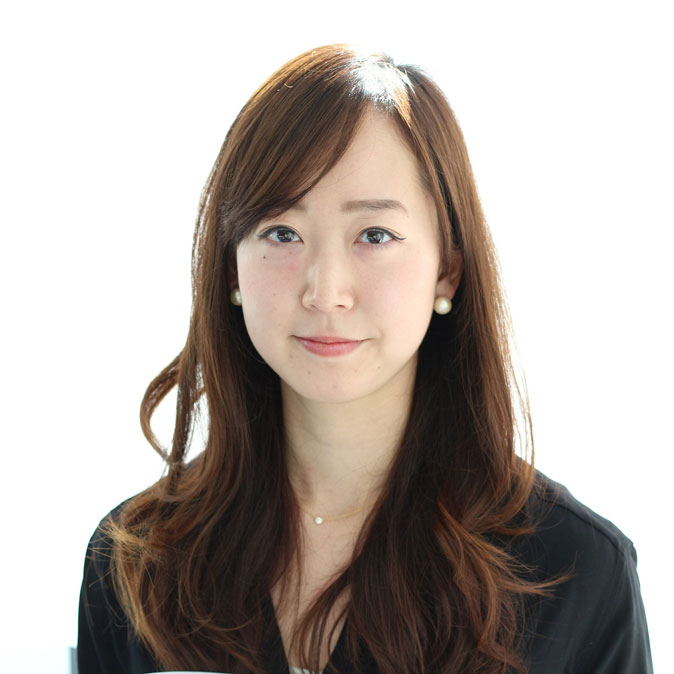 Mirei Okamura
Researcher, Career Woman Lab
Integrated Marketing Communication Planner, Activation Division
Mirei Okamura joined Hakuhodo in 2008. As a brand activation and integrated marketing campaign planner, she works on a wide range of domestic and international accounts ranging from consumables like cosmetics and beverages to durables like automobiles and electrical appliances. Her favorite foods are curry and chocolate parfait, and she enjoys movies based on American comic books. She also loves camping and finding peace in the great outdoors.