Spikes Asia 2017 took place in Singapore September 27–29. Here is a summary of the seminar on the first day featuring Satoshi Chikayama of TBWA\Hakuhodo, a member company of Hakuhodo Group. 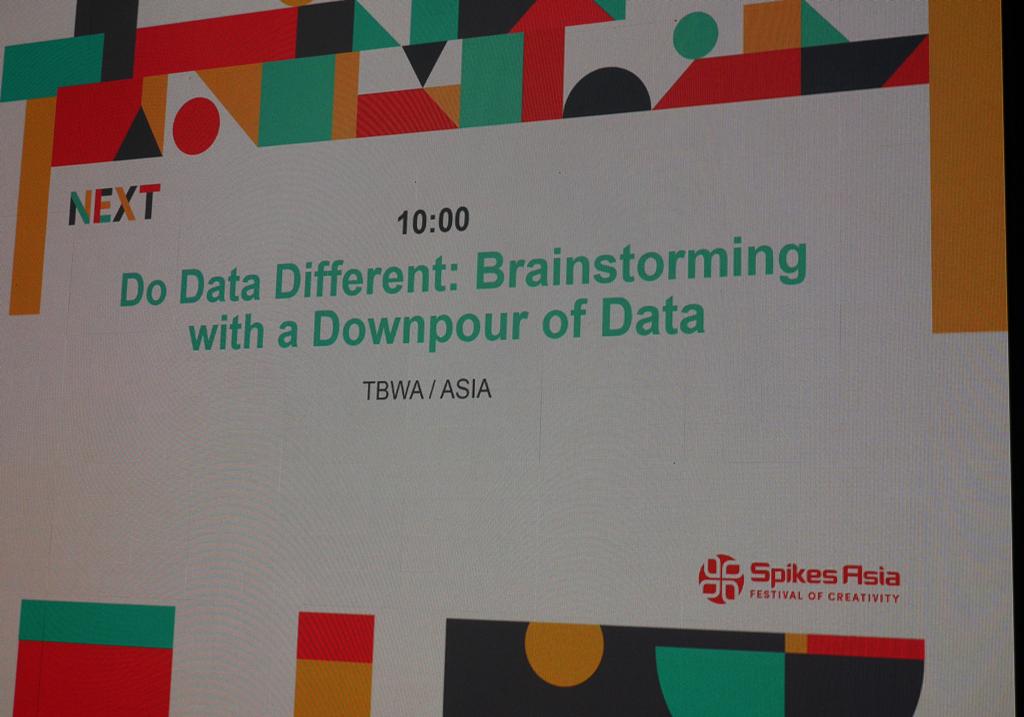 The seminar was entitled “Do Data Different: Brainstorming with a Downpour of Data.” Baker Lambert, Global Data Director at TBWA\Worldwide, and Satoshi Chikayama spoke on the subject of data and creativity while citing examples from the world over.

Baker, global coordinator of data use at TBWA, led off by saying he was unhappy with the current place of data in the advertising industry: the focus is exclusively on a few aspects of data use, and aspects that are hardly exciting at that, such as cost effectiveness. Moreover, he pointed out, at many agencies the data people are isolated from the creative arm, and the two do not work well together. He then argued that skillfully leveraging data would not only enable a lot more creative work to be produced, it would also make it possible to persuasively and efficiently advance discussions with clients and in house. 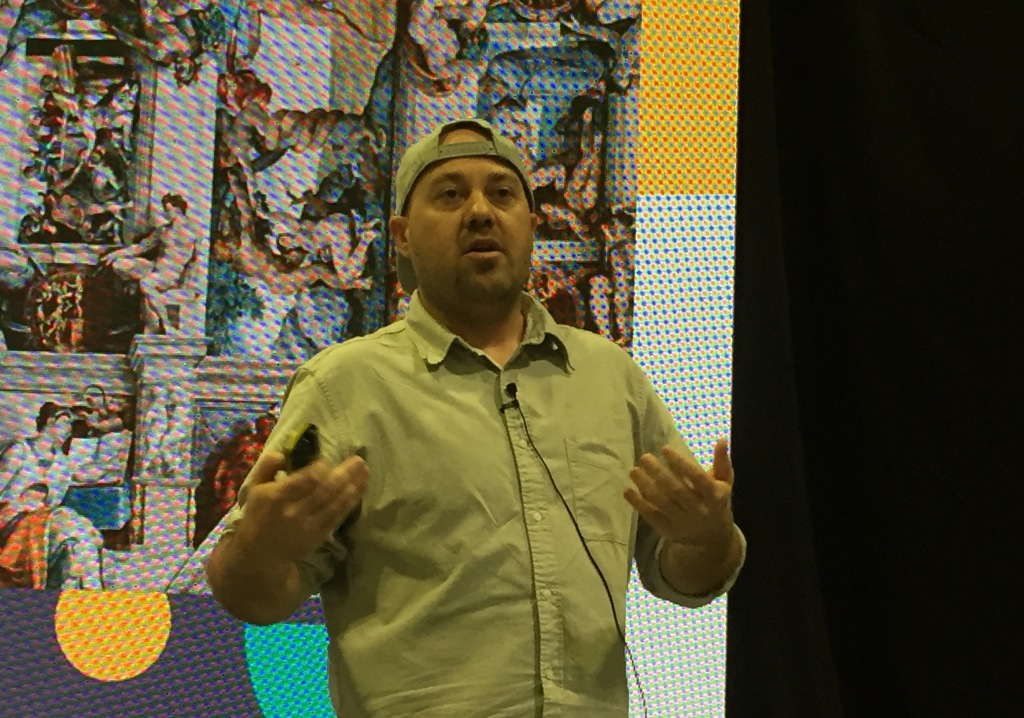 Baker emphasized that there are three ways to utilize data:

2) Use the data to produce bionic creative

3) Use the data to unlock creative executions

He gave examples from around the world illustrating the first two. He then said he would leave it to Satoshi, who worked as a creative director in Japan, to provide examples of the third and handed over the microphone. 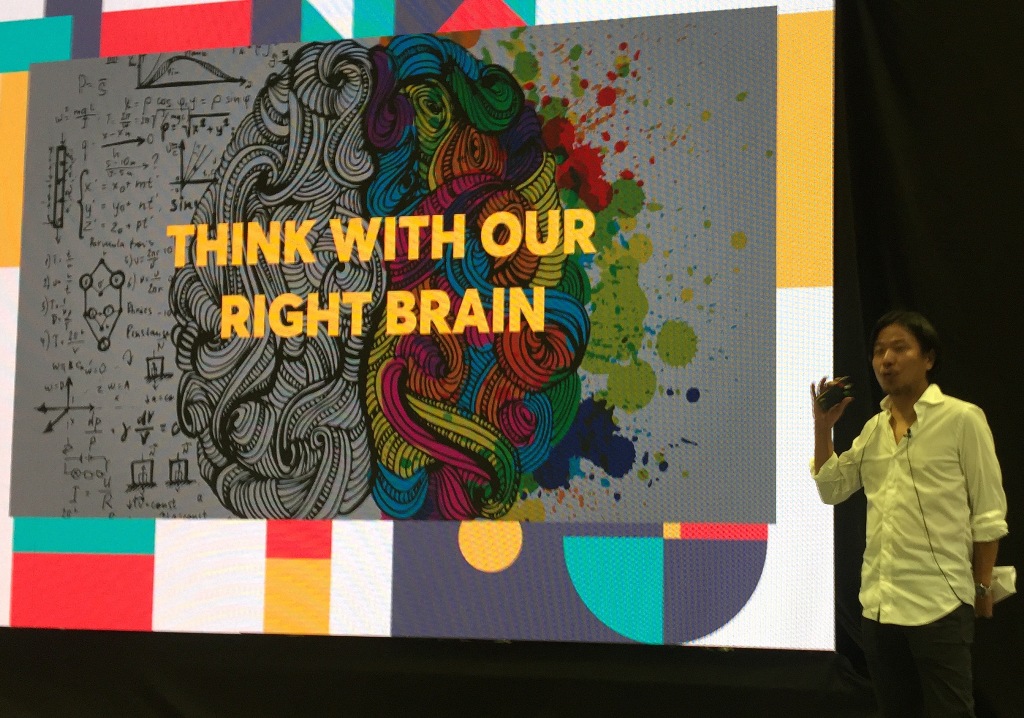 Satoshi described the “Panasonic Misheard Font” project undertaken by Hakuhodo, an excellent case of corporate social responsibility making a difference in rapidly aging Japan. This won Bronze in the health and wellness category at Lions Health at Cannes in 2017. Half of Japanese people 65 and older tend to confuse names like “Shibuya” and “Hibiya” (both places in Tokyo) owing to age-related hearing loss. Using custom-developed AI technology, Panasonic compiled 1.5 million combinations of such easily confused words from the 250,000 words contained in the Japanese dictionary Super Daijirin 3.0 published by Sanseido, and developed its own font and dictionary. 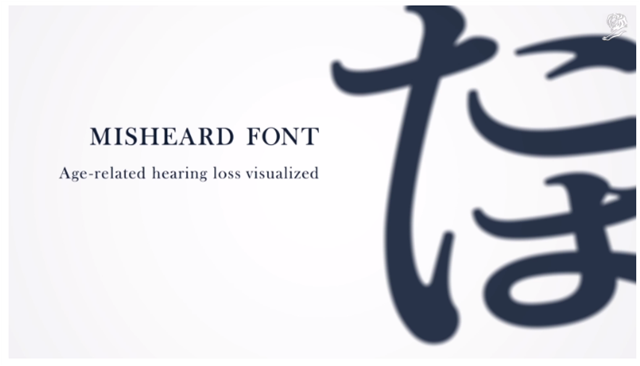 NOTE: The video is available for viewing for a limited time on the official Cannes Lions website.

Next Satoshi cited the example of the risk board installed at AIG, an initiative by TBWA\HAKUHODO. This system displays on screen, in timely fashion, the risk of an accident or incident occurring in any part of Japan.

He also showed #TackleTheRisk, a special video that visually conveys, in an intuitive way, the concept of Active Care underpinning AIG’s business strategy: protect the customer from risks that arise daily by deploying expertise and technology from all over the world. This won Silver in the Film Craft category at Spikes Asia 2017. 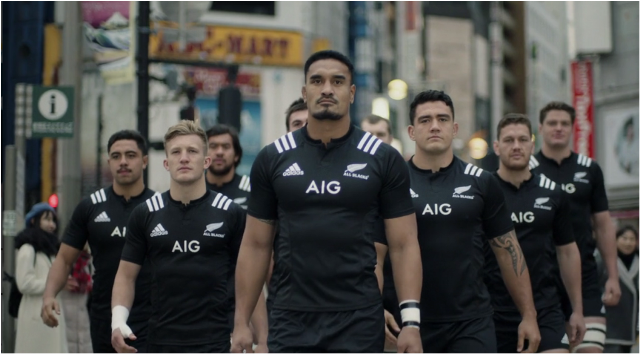 NOTE: The video is available for viewing for a limited time on the official Spikes website.

He further noted that by forming a clear picture in your mind of the tremendous difference you could make in people’s lives by bringing about change, you’ll see how to use data. Instead of starting out with logic, it’s important to think intuitively using your right brain; then logic and data will consolidate and bear out your ideas later. And with that he concluded the discussion. 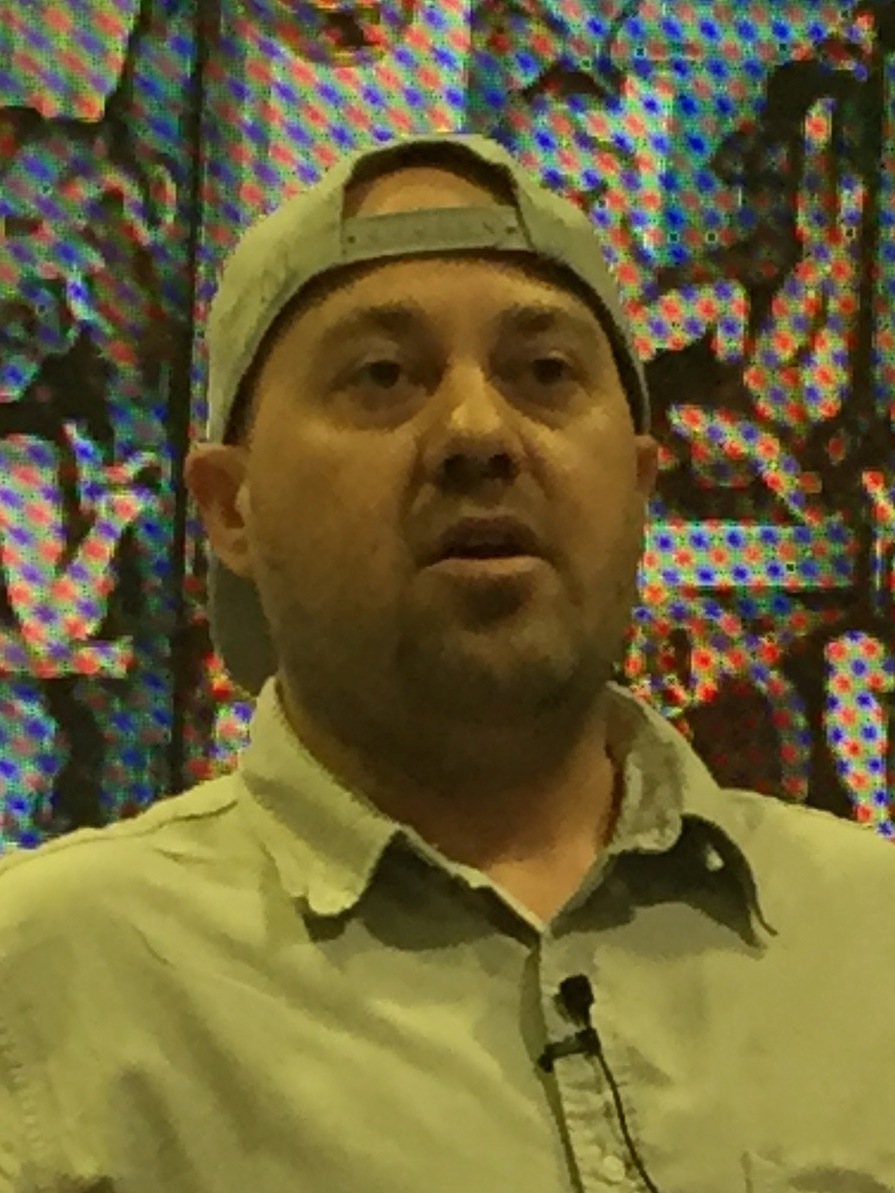 Baker Lambert
Global Data Director, TBWA\Worldwide
Global Data Director, TBWA\Worldwide
Selected as one of Ad Age’s “10 Digital Marketing Innovators to Know,” Baker has launched successful campaigns for global brands including Adidas, Airbnb, Gatorade and Nissan. Prior to joining TBWA, he worked with Jetblue, Wells Fargo, E*Trade, and hedge funds launching everything from mobile stock trading apps to global financial models. In private life he is an avid scuba diver and licensed divemaster. Baker has also been a force in mainstreaming e-sports. More recently he helped SpaceX with the world’s first successful landing of an orbital rocket booster. 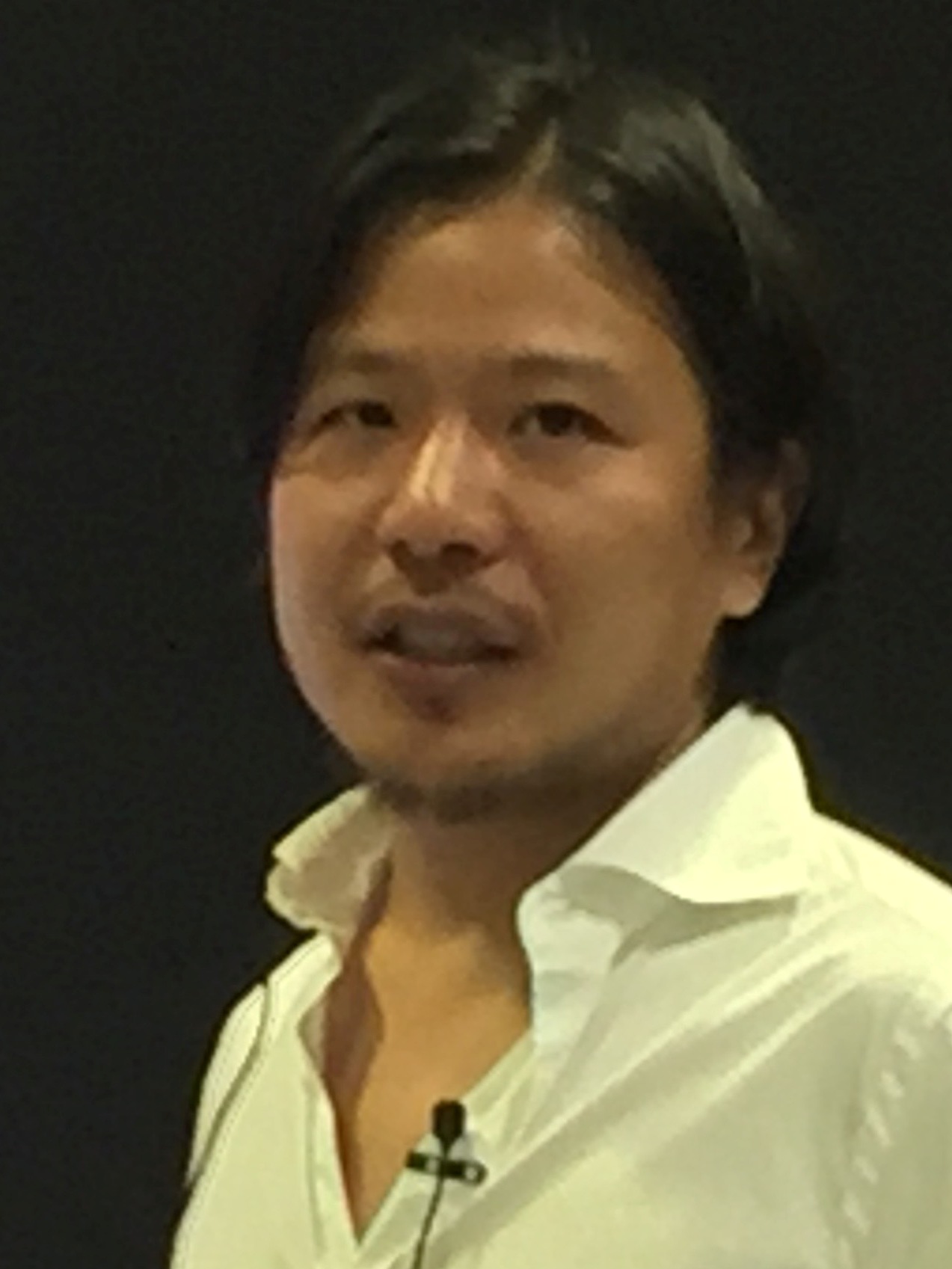 Satoshi Chikayama
Senior Creative Director, TBWA\HAKUHODO
Satoshi Chikayama joined Hakuhodo in 2003. In 2010 he spent a year as a copywriter at TBWA\Chiat\Day in Los Angeles under the TBWA Network’s internal study program. He has been with TBWA\HAKUHODO since his return to Japan. His latest work includes GIGA Selfie for Tourism Australia and RUN and RUN for the female hip-hop idol group Lyrical School. He has contributed greatly to the agency’s success in winning a series of awards: a Gold Lion at Cannes, the Spikes Asia Grand Prix, the AD STARS Grand Prix, and the title of Campaign Asia-Pacific’s Creative Agency of the Year. Nor does he restrict his activities to advertising: he also produces music videos and does PR work for AKB48, Japan’s leading female pop group, and has worked with a startup on branding its wheelchair. He is a frequent speaker at industry seminars and talks. He was selected as a Creative of the Year medalist by the Japan Advertising Agencies Association in 2015 and was named Campaign Asia-Pacific’s Creative of the Year 2016.
SHARE
Back to News & Insights