Spikes Asia 2017 took place in Singapore September 27–29. Three Hakuhodo specialists who have for the past several years been keeping track of seminars at Cannes and Spikes discuss developments at this year’s Spikes festival. 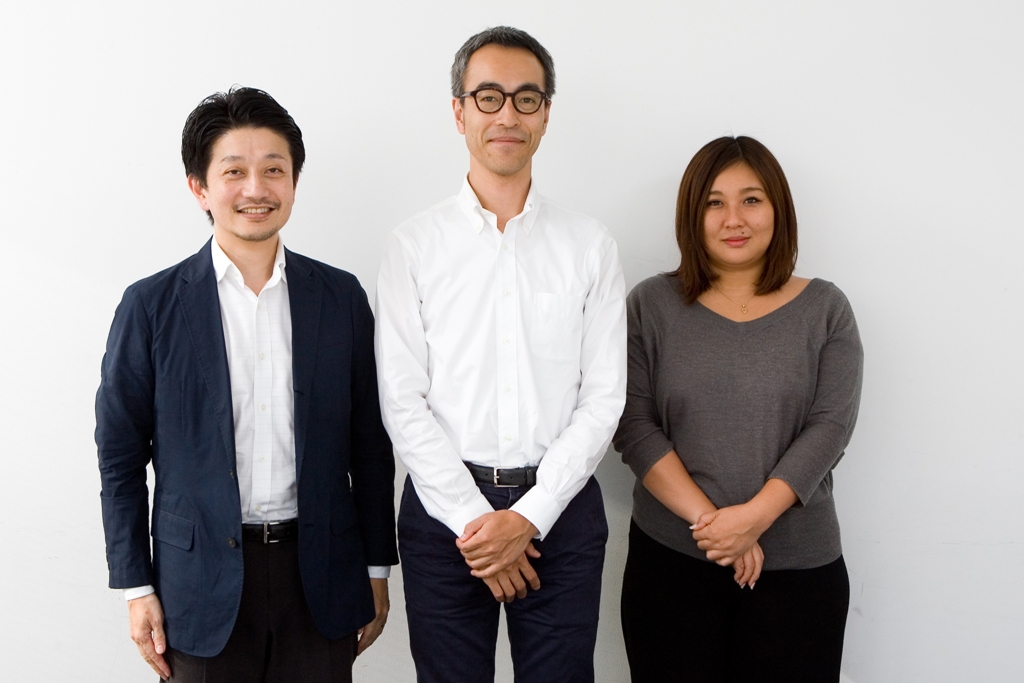 The increasing democratization of technology

WAIDA: What intrigued me for starters was the topic of data and creativity. That was a much-discussed subject at Cannes, and it was taken up in all kinds of seminars at Spikes as well. Three years ago creatives seemed to view data and technology as antithetical to themselves, but this year there was a lot of really confident talk about how they were going to actively make use of data and empower their creative work. Having put technology and data, including AI, through their paces, they’ve come to see its limitations, I guess, and regained their confidence as human beings, their confidence as creatives. Data is extremely valuable, but it isn’t actionable on its own. What’s most expected of agencies, naturally, is output that amplifies creativity with data and brings about a change in the real world. They’ve realized that afresh, I felt, which must be the source of their confidence. 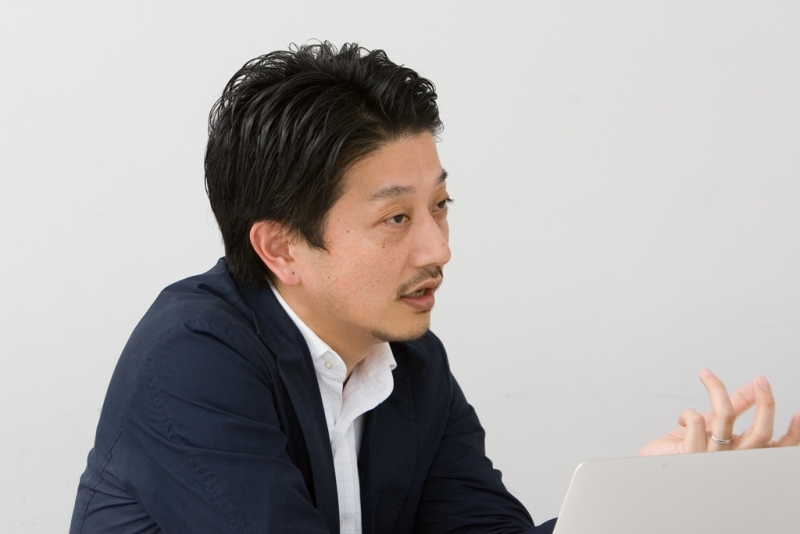 IWASAKI: In that regard I think what’s happening in Asia and around the world right now is the democratization of technology. In short, technology has ceased to be the preserve of a select few and become accessible to anyone. Creatives too now use and interact with technology, and it seems new insights are emerging as a result.

The essential point made was that a major conceptual change in technology could be seen in the blockchain. In the Internet’s early days it was said that previously centralized information technology would become distributed, but as it turns out information the world over has ended up being stored on servers owned by the mega-players. The blockchain is a technology that enables end users to guarantee trust even if the person in the middle doesn’t, so in the future maybe it could become something new where the technology is shared among local end users. 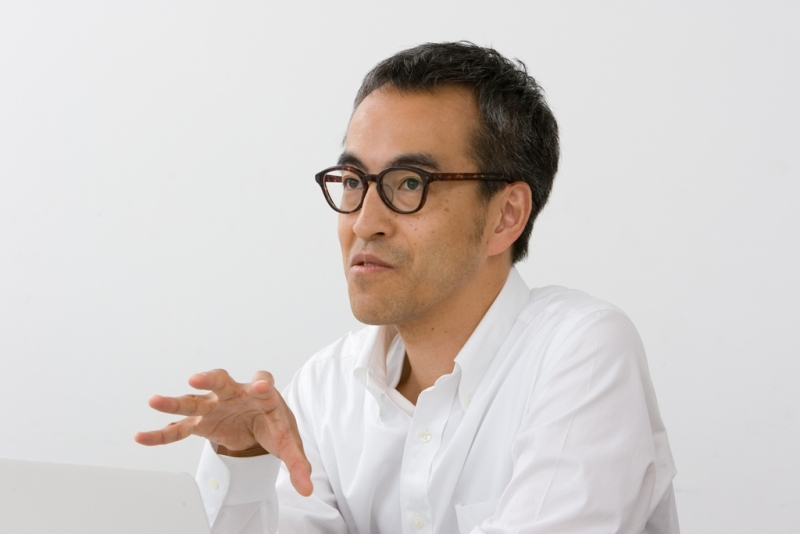 OKUNO: The subject of centralization and distribution has often been touched on at Cannes as well, right? There really is an eagerness to democratize technology, and the focal points of specific efforts to further that change, I can’t help feeling, are truly becoming distributed.

IWASAKI: One of the keys, I believe, will be trends among startups, which were a big presence at both Cannes and Spikes. They could be the first to adopt such technology and turn it into applications and services, and their business could grow as pioneering users steadily make use of it; that, maybe, is how it could spread.

Will voice technology transform marketing in the future?

OKUNO: A seminar that made a big impression on me was iProspect’s Are We Speaking the Same Language?, which featured voice technology developers from Microsoft and Google.

It’s extremely difficult to refine the precision with which artificial intelligence thinks, apparently, but machine learning can greatly improve the accuracy of image recognition and voice recognition. In fact products like AI speakers are now beginning to come into their own in people’s daily lives. That brings up the question of how marketing people will make use of them as information input devices.

For example, online searches until now have involved searching with separate words like “cheap” and “beer,” but with voice technology you search using phrases like “a cheap place to drink nearby,” so the number of words increases dramatically. And depending on the culture, proper nouns may become common nouns, like tissues being called “Kleenex.” The point was that verbal branding will be the key to marketing in the future. 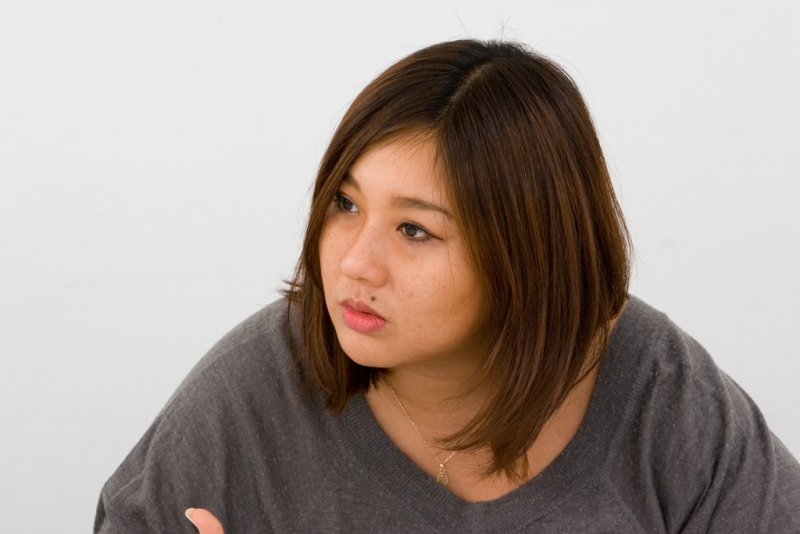 WAIDA: True, with voice technology people use more words in a natural setting, and the technology correctly evaluates the context. In marketing terms, it will become possible to obtain information based on more latent needs and insights. This may be a bit futuristic, but from now on agencies like us will need to make full use of AI in order to conduct more truly personalized marketing based on contextual information, rather than just one-to-one marketing—you know, this is for this target audience.

IWASAKI: AI is sometimes perceived negatively as depriving people of their role, but voice technology has the potential to create attachment and affection as in the case of the Roomba robotic vacuum cleaner. What’s more, today people search on their computers typing into a square browser with a keyboard, but that’s really unnatural in a way: humans have to adjust themselves to suit the computer. Voice technology lets you search by speaking naturally, so it’s like the computer adjusts itself to better suit humans. It seems we’re starting to approach the next phase, when technology and people will become more intimate.

When a new technology arises, inevitably there’s a backlash in the form of debate over what that leaves humans to do. Just such a reinstatement of humanity, as the phenomenon could be termed, may be happening right now. And new services are being designed, I feel, that will bring people and technology together.

Also, human lifestyles have become quite affluent, especially in the developed world, so urgent needs and desires no longer drive consumer behavior and the economy. Thus the user experience is again attracting the spotlight as an answer to the question, How should people live fulfilling lives as human beings?

Ecommerce fused with mobility: The next hot trend in Asia

OKUNO: There were a lot of topics Spikes focused on especially to distinguish itself from Cannes. More specific topics with a local twist were prominent on the program.

WAIDA: One example of ecommerce not featured at Cannes was particularly fascinating: a campaign mounted in China by Mondelez for Oreos, which offers a music player on which you can play an Oreo cookie just like a record and listen to actual music. The cookie package itself can be customized online and ordered from the Alibaba ecommerce site. The campaign is really well designed in that the brand essence that Oreo has always had of “play,” in the sense of playing with it as you eat, is dovetailed with playing music. And when it comes to customization and delivery, the coordination with the factory that receives the online orders struck me as really impressive. Pulling all that off within the framework of a campaign is quite something.

IWASAKI: You eat an Oreo, turn on the player, and a song plays. You eat another and play a different song. The experience of enjoying music is combined with the experience—the user experience—of placing the Oreo like a record on the plate and then eating it. You want to have the experience again because it’s fun, so you want to buy more Oreos. It’s a simple example of a campaign, but one in which the brand, the product and service, and marketing are all compactly integrated.

WAIDA: Ecommerce is changing dramatically these days. It’s not just about sales; it’s evolving into a massive platform that’s really close to users, very convenient, and greatly narrows the gap between users and buying. The question of how, from a marketing viewpoint, to think up experiential content for it will become of great importance down the road.

Another thing: as ecommerce thus grows in emerging markets like India and China, delivery and mobility services will fall in step as well. In the ASEAN region, for example, services like Gojek and Grab, both motorcycle versions of Uber, have cropped up one after another and now perform those functions. Major structural changes and advances in business are taking place right now among the ASEAN countries and cultures, encompassing digital and differently evolving startups. That I thought was really fascinating. 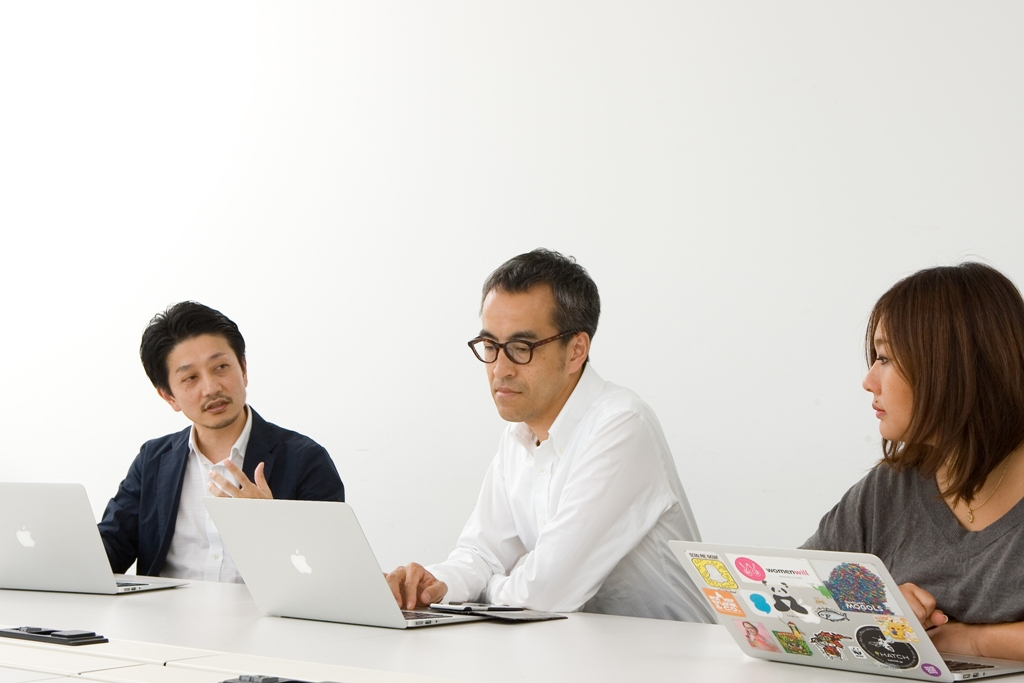 OKUNO: A researcher from the company Space Doctors gave his job title as “cultural semiotician.” What that implies is that there are all kinds of cultural icons lurking in advertising, and receptivity to brands varies tremendously depending on how they’re perceived.

He made a really interesting point. Individuality that transcends gender and on-the-ground dandyism are sweeping the United States; in Asia, meanwhile, unisexualism is on the rise as seen in the film made by Shiseido in which the pretty high school girl is in fact a boy, while so called herbivorous men are on the increase. He also gave the example of how, in China, pale, slender males are fêted as “little fresh meat.”

While in the West there are calls to liberate women from the bonds of femininity, in Asia the spotlight is on the changing face of masculinity. In Asia such local cultural developments, distinctive in one way, may in fact contain the seeds of larger trends. We need to ask ourselves, through culture mapping, how advertising can accurately track those trends and form a picture of consumers, and how, to that end, it can stay a step ahead of the evolving consumer. That was the gist of the talk.

You could clearly tell how Western researchers were trying to learn about Asian cultural in contrast to their own. As part of the quest for mutual understanding between Asia and the West, seeking universal rules by comparing the two is a valid approach precisely because there are cultural differences.

WAIDA: Actually cultural changes and trends like that can’t be identified just by looking at movements in the data alone. You may be able to flesh out the data while intuiting such trends and phenomena. That’s how approaches to marketing will change.

OKUNO: On the subject of changes in marketing, the person from BBDO Asia observed that not many people anywhere in the world actively say they like advertising, but there are loads of people who view brand actions favorably. In an age when the voice of each individual is so strong, the idea of getting people to just like your ads, the output of the marketing process, is so passé. Business today is about empathy—sympathizing with activities that embody the brand’s intentions, and wanting to support them, to be personally involved in them, to take part in them. The key now isn’t so much how to produce ads as how to translate brands into action. That was the argument.

The brand interface will change communication protocols as the media environment evolves, and certainly one of those changes, I believe, will take the form of brand actions transcending advertising. And while what is actually revealed by the media or pigeonholed data may be the same, the quality of the appeal made by the brand will definitely change: instead of being of the nature of an advertisement, it will become a clarion call to join in the actions being taken by the brand to build the future. If that is the case, then from now on we will need to possess the insight to apprehend what is not visible in the data, even while acknowledging the importance of that data. 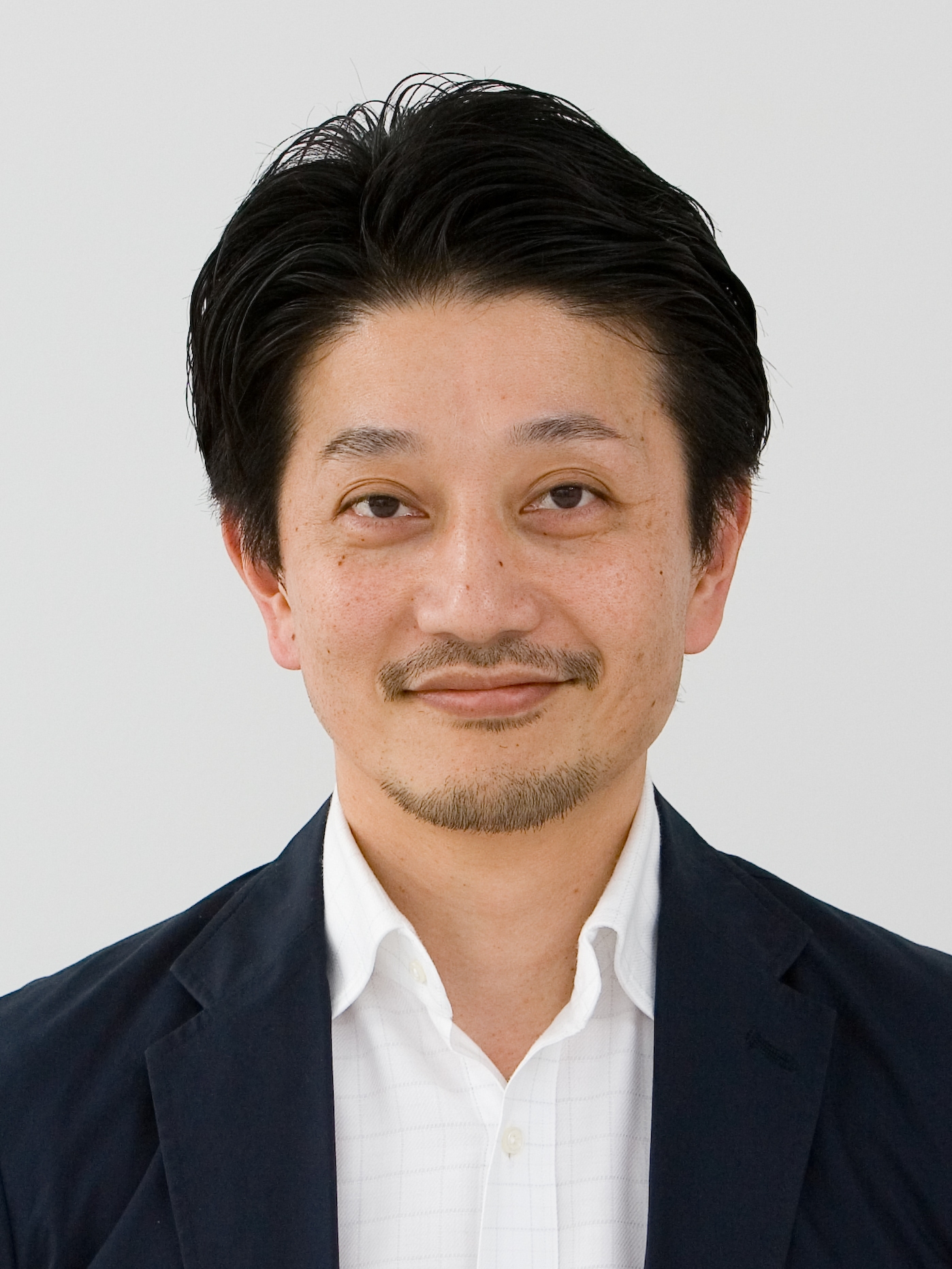 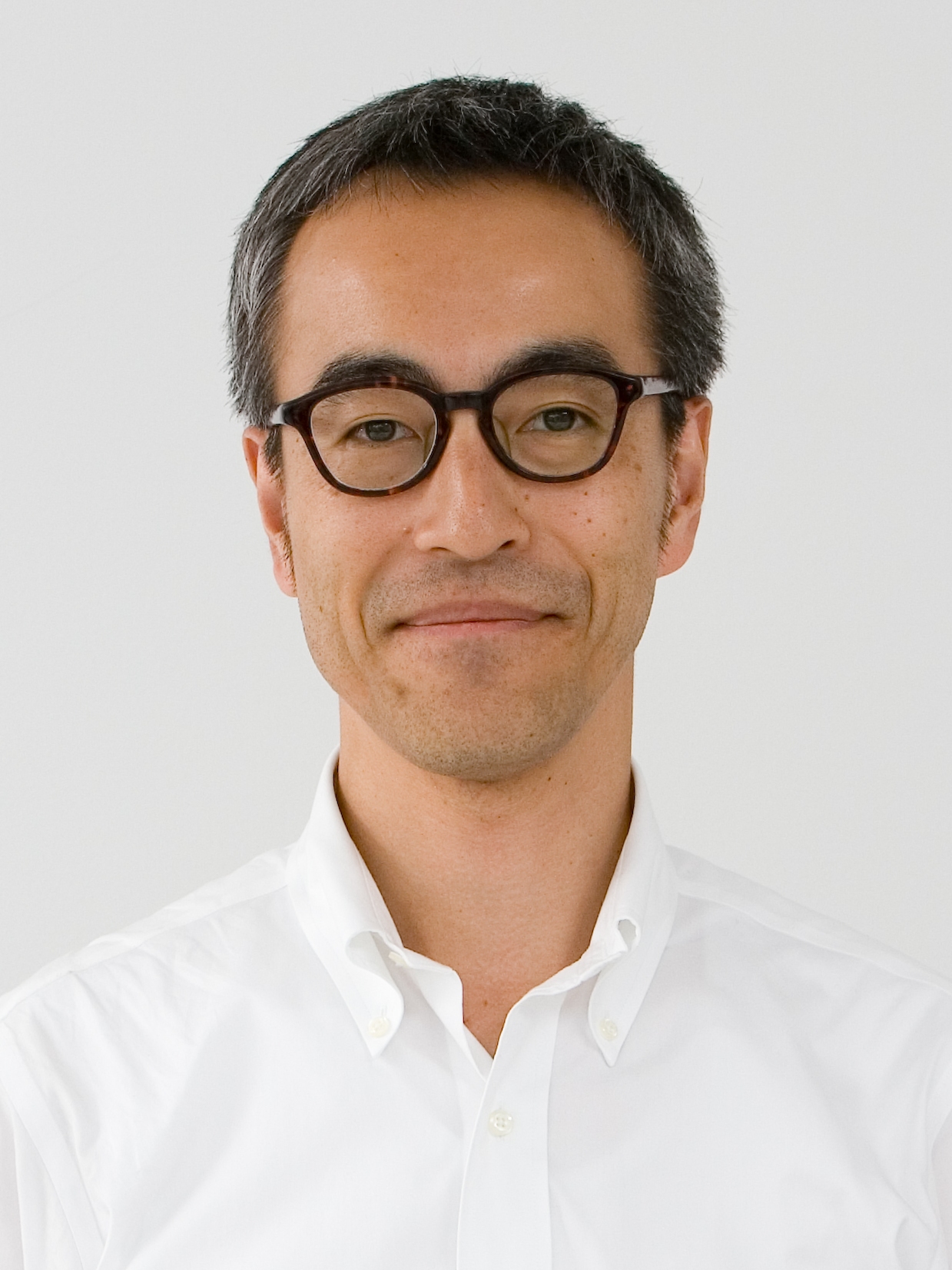 Hironori Iwasaki
Strategic Planning Director, Brand & Innovation Design Division, Hakuhodo
After working on marketing strategy and brand innovation in Japan and elsewhere, Hironori Iwasaki completed design school in Chicago and interned at a design firm in the United States. He currently leads a project to incubate new businesses and develop products and services with the focus on the user experience. He is the author of Discovering Opportunities: Creating Markets with Inspiration from Sei-katsu-sha (in Japanese). 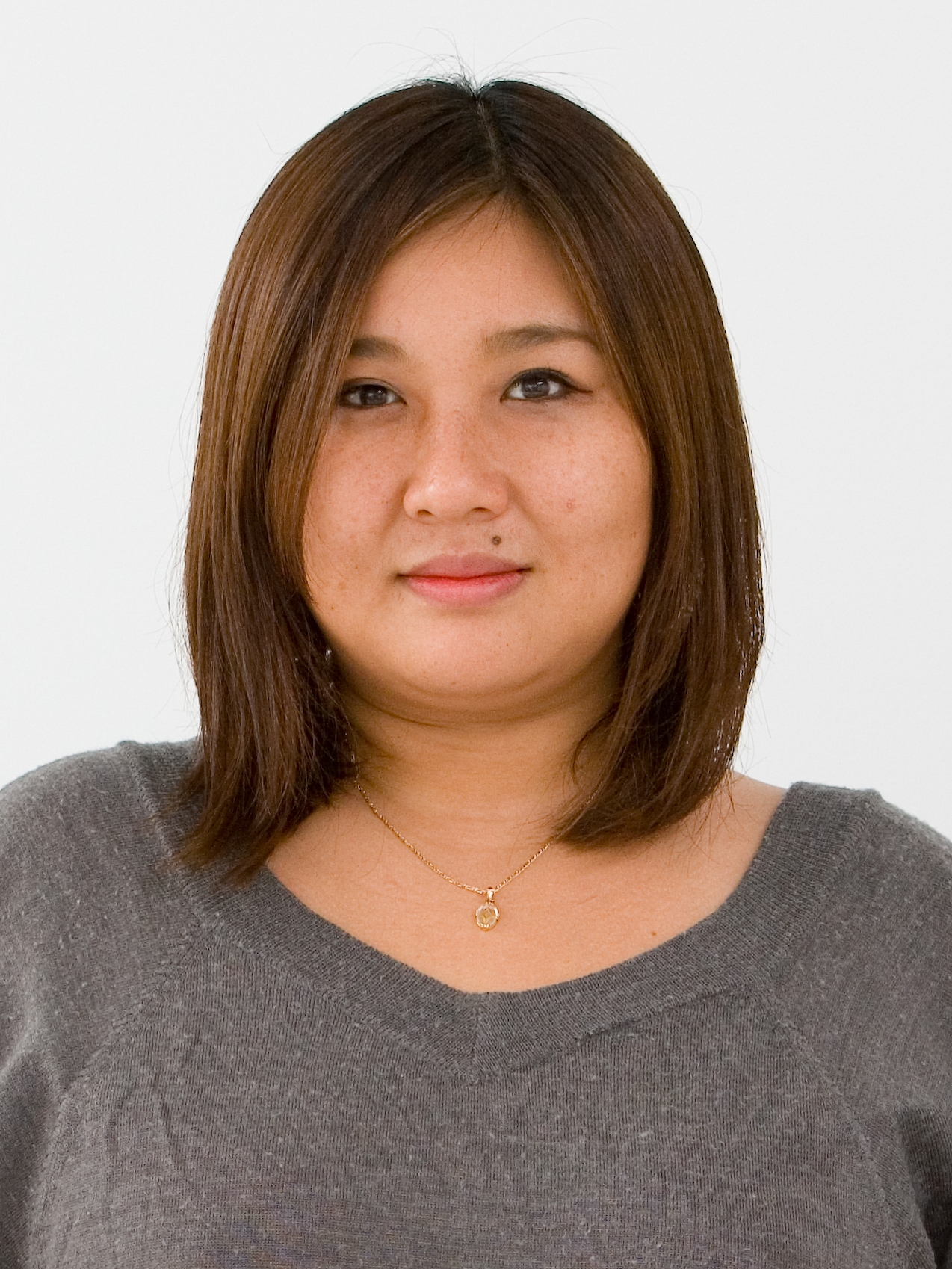