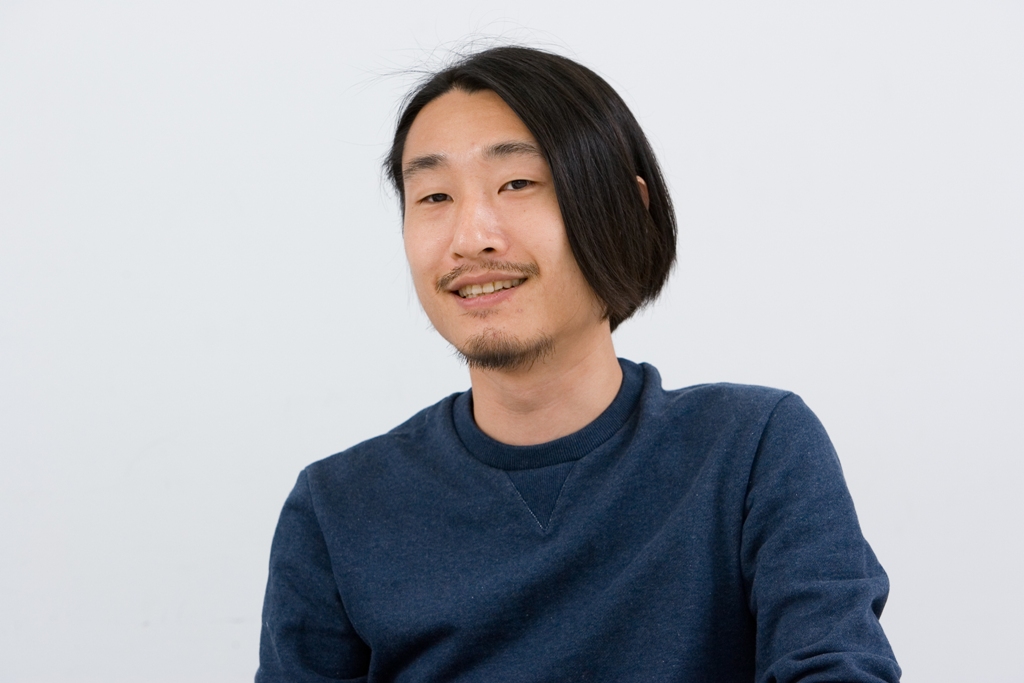 Spikes Asia 2017 featured three judges from Hakuhodo DY Group: TBWA\Hakuhodo’s Kazoo Sato, president of the Music jury; Hakuhodo’s Tatsuro Miura, who sat on the Outdoor & Radio jury; and Hakuhodo DY Media Partners’ Sanshiro Shimada, who sat on the Media jury. We asked each about the judging criteria in their category and what set the winners apart. Here, in Part 2, is the interview with Tatsuro Miura.

Tell us about the judging criteria in the Outdoor & Radio category.

On the subject of judging criteria in the Outdoor & Radio category, this year’s jury president started by encouraging us to favor both radio and outdoor entries that raised the level of creativity in the industry a notch higher. That’s a very basic approach to awarding prizes, but I agreed with it completely.

What entry won the Grand Prix in the Radio category? Which did you personally find most striking?

One submission I found striking in the Radio category was “Anchor Milk Slams Inside Out.” When you’re little you obediently drink milk because your parents tell you to, but when you start getting rebellious you no longer want to drink it precisely because your parents keep nagging you to do so. This piece features a world-champion poetry reader reciting a really funky poem on the subject of milk. He asks teens, in ultra cool fashion laced with a dash of humor, what their body is made of and where the smile on their face came from. That really strikes home. It succeeded in changing young people’s attitudes, getting them thinking that maybe milk is important and surprisingly sexy. So I recommended it for gold.

The Grand Prix winner was Smartwig, a silly wig with a built-in radio for supporters of an Australian rugby team. Original content can be heard on the radio, which gives supporters a greater sense of solidarity as they cheer on their team. This is an audio technology idea that transcends radio, so I wasn’t sure what to make of it as a radio campaign. I still recommended it as a candidate for the Grand Prix, though, because I thought it demonstrated the power and potential of radio to strengthen any community within its range. And with the potential of voice technology today growing dramatically—think Google Home and Amazon Alexa—I also considered this entry worthy of the Grand Prix in that it expands the possibilities of voice ads by leveraging radio and technology. 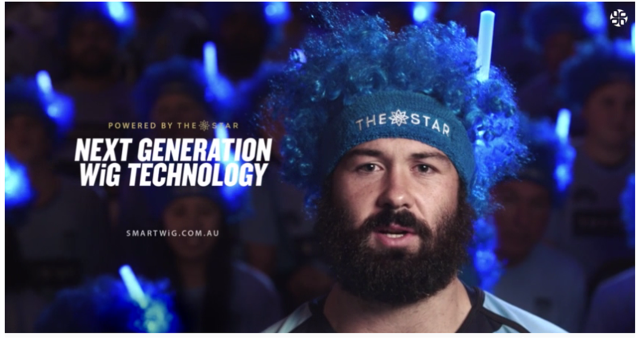 The Star Sydney, “Smartwig” (Bashful, Australia)
URL: https://www.spikes.asia/winners/2017/radio/
NOTE: The video is available for viewing for a limited time on the official website.

What entry won the Grand Prix in the Outdoor category? Which did you personally find most striking?

In the Outdoor category, two particularly outstanding entries, “The Unusual Football Field Project” and “Meet Graham,” advanced straight to the gold, but I also proposed another entry for the gold, “The Conscious Crossing.” This is a railway crossing for pedestrians consisting of a series of fences, the configuration of which is randomly altered in order to keep pedestrians and cyclists on their toes and thus prevent them from crossing hazardously. I asked another jury member familiar with the system about it, and they told me that it had actually proven fairly effective. While it looks unimpressive at first sight, I felt it had such potential that it might in a few years be installed along railroads worldwide. A key task of a jury member, I believe, is keeping your eyes peeled for entries with such easily overlooked potential and giving them the recognition they deserve. A solution like this has the power to open the world’s eyes, and I said we should loudly acclaim it.

In the end “The Unusual Football Field Project” took the Grand Prix. This was a project to develop a football (soccer) field designed to fit into the vacant space between buildings so kids had a place to play. It was a Thai-based project, and it was quintessentially Asian: it would probably work in Sri Lanka, Vietnam, or the Kabukicho district of Tokyo as well. I argued that this unusual football field was also a place of education in that it would be a highly creative process for kids to decide the rules themselves depending on its shape; and that dovetailed beautifully with a real estate development brand. The other jury members agreed with me. 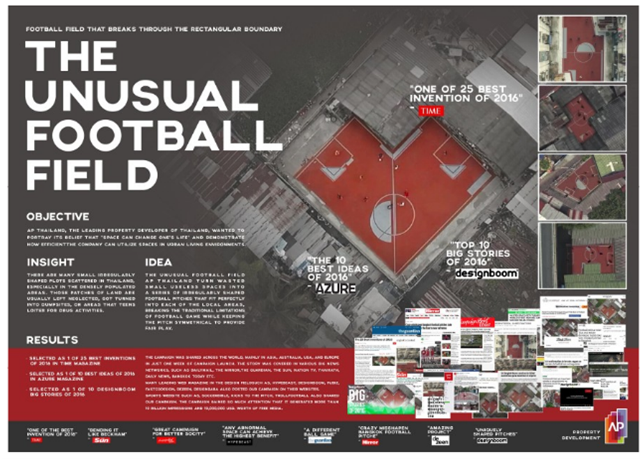 Advertising awards tell you where the global level lies and where you yourself fall short. One thing I felt myself this year was that producing better work would require enhancing teamwork, not just individual ability. Looking at the Japanese entries overall, there were lots of relatively small projects that manifested individual ability, but we need to evolve into an industry capable of taking on bigger challenges at the global level. Failure is a no-no in business, so people are naturally inclined to opt for what they feel comfortable with or what they’ve seen somewhere before. We as a business sector have a responsibility to the industrial community, through forums like these, to keep searching for fresh, creative solutions that no one has ever thought of and constantly experiment. I hope you can gain many insights from advertising awards like these. 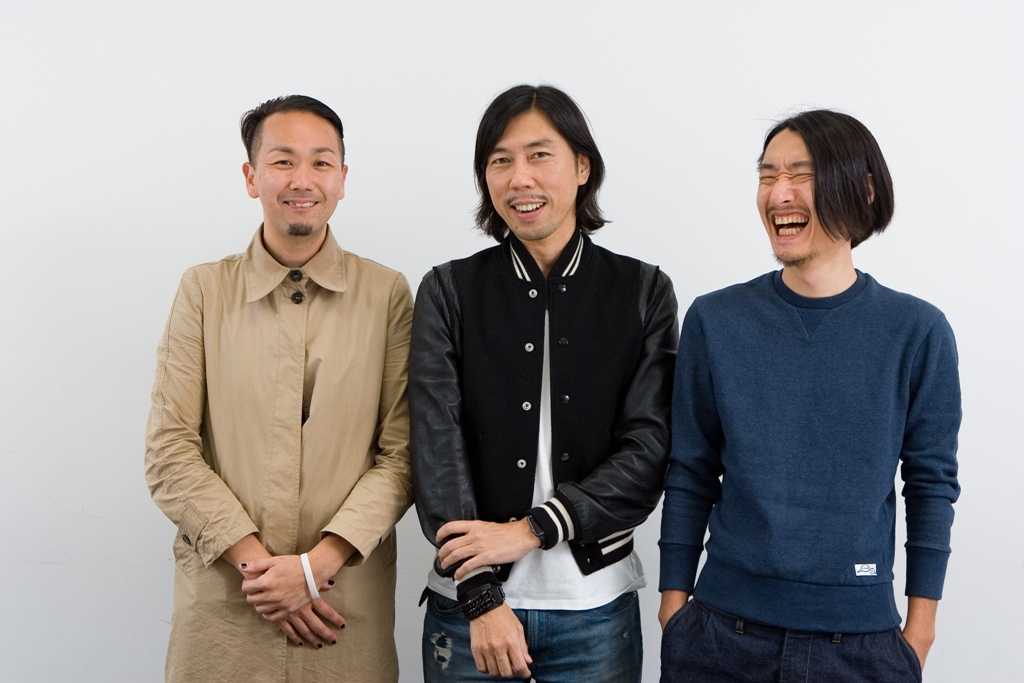