The Hakuhodo Group is committed to doing its part toward achieving the United Nations Sustainable Development Goals (SDGs). In this interview series we introduce key initiatives undertaken by the Group featured in Creating Happiness: 2019 SDGs Collaboration Book published by the Hakuhodo DY Group.
In this article, Iota-Ryoji Tateishi (Manager of Public Relations, Japan Para Table Tennis Association) and Masaya Asai (Disruption Lab, TBWA\HAKUHODO) discuss their collaboration on Para Ping Pong Table, a set of table tennis tables distorted to reflect the experiences of athletes with disabilities.

The Para Ping Pong Table set of tables is designed to communicate the attractiveness of para table tennis as a sport, and the strength of athletes with disabilities. Building on interviews with para athletes and tentative sketches, they faithfully depict the world of ping-pong as experienced by the athletes. Since launching their activities in February 2018, the Japan Para Table Tennis Association (JPTTA) and TBWA\HAKUHODO have produced three of 20 prototypes, working with SAN-EI, a ping-pong table manufacturer. The tables have been used in games and experience-based events held at official Paralympic events and in schools across Japan. With the Olympic and Paralympic Games coming to Tokyo, 2020 provides a great opportunity to raise awareness about the attractiveness of para table tennis. 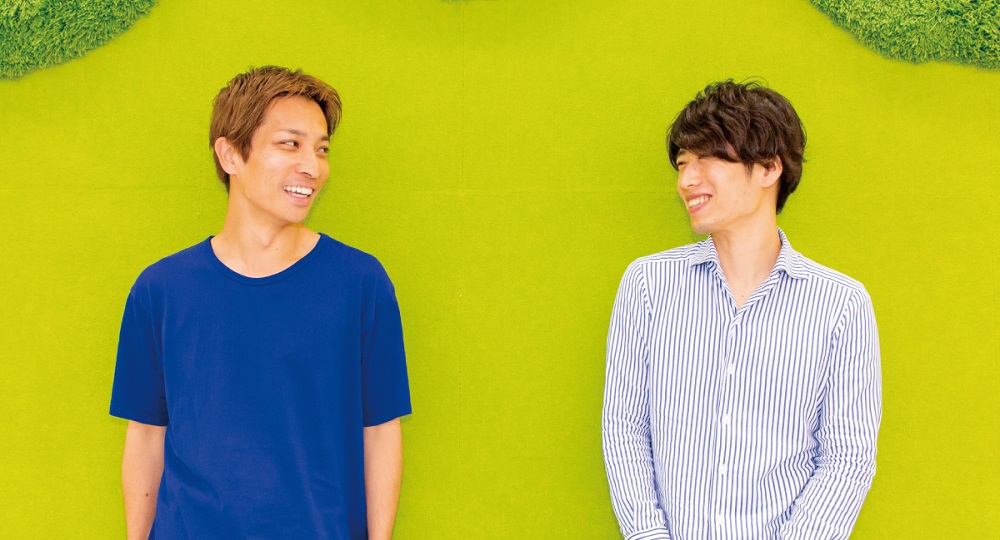 Communicating the excitement of para table tennis, and how great the players are

― What were the challenges for the JPTTA?

ASAI (TBWA\HAKUHODO): A survey by Nielsen Sports(*1) indicates that only 1% of the Japanese population has ever watched any para sport. I was personally concerned that the term “Olympics/Paralympics” was a cover: only the Olympics make news, and nobody watches the Paralympics once the Olympics are over. This situation had to change.

― How did the Para Ping Pong Table idea come about?

ASAI: I discovered many things when I was given the opportunity to interview athletes with disabilities. Unlike other para sports, para table tennis uses exactly the same equipment and rules as ordinary ping-pong; the only difference is that the players have physical disabilities. It is like a fight between different combat sports, as a player who has lost the right hand is matched up against an athlete who cannot move the left leg, for example. There are totally different strategies compared to regular table tennis. Players actually said that they were relentlessly attacking each other’s weak points. If your opponent doesn’t have a right hand, you get an advantage by hitting the ball to the right-hand side of the opponent. But how was the opponent overcoming that weakness? We wanted to express this using a ping-pong table, and hit on the idea of this distorted table. We designed 20 types of table to reflect the conditions facing 20 athletes. Initially, we only produced posters based on the design of the distorted tables, but our discussions went further: “How about creating actual ping-pong tables, not only posters?” So I asked Mr. Tateishi and, with nothing to lose, we decided to approach Mr. Shin Miura, President of the ping-pong table maker SAN-EI with the proposal. We went to see the president, who was incredibly positive about our proposal: “That’s what I was waiting for!” “But we haven’t got the money,” I murmured. And he said something like: “Don’t you worry about a thing.” [Laughs] For the top board, they used the same specifications as those of the ping-pong tables used for the Olympics. 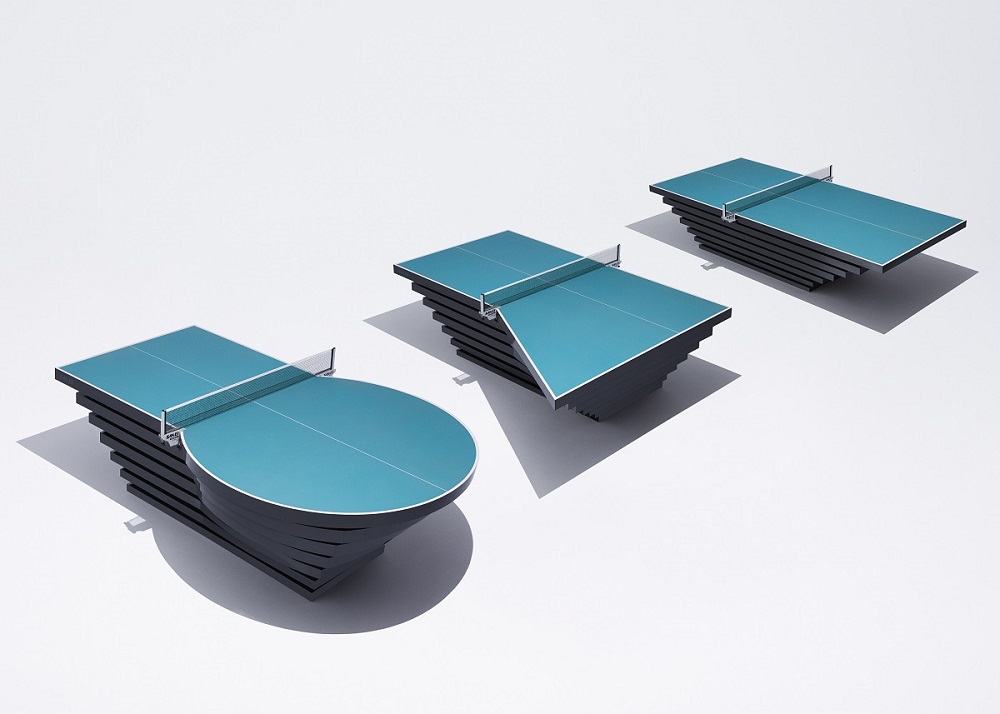 The ping-pong tables captured Gold in the Design category, and Bronze in the Industry Craft category at Cannes Lions 2019. For details, see https://jptta.or.jp/ (in Japanese)

Children changed, so did athletes

― I heard that you took the ping-pong tables to schools and gave special classes. The children must have been very excited.

ASAI: We let students actually play ping-pong with the athletes, as well as touch the table. They sure did get excited! For example, when the wheelchair athlete drops the ball just on the other side of the net, it is impossible for a child at the longer end of the distorted table to reach it. “That’s not fair,” the student complains. But the athlete says: “That’s the kind of ping-pong that I play all the time.” “That’s cool!” The child’s grumble immediately changes into respect. Knowing is one thing, but doing is another. So far, people without disabilities have experienced para sports under special conditions, such as sitting in a wheelchair or restricting some kind of body movement. That shows them the difficulties and hardships facing the athletes with disabilities. This ping-pong table, on the other hand, poses challenges for people without disabilities without imposing any restrictions on them. I think it helps them identify with athletes with disabilities.

― Have the athletes changed?

TATEISHI (JPTTA): When shooting a video of the athletes, staff members naturally respected them as members of the national team, praising their moves and asking questions about overseas tournaments. That kind of respect really opened the hearts of the athletes. They were also excited to find that they looked great in the photos posted on the new website, and were so delighted that they took the initiative in sharing the photos, something we’ve never seen before. In the case of a media interview, athletes insisted that the media report also explain that the ping-pong table shows what disabilities are all about in an understandable way. Remember that just a few years ago they hated being looked at and were really afraid to express themselves. The athletes were also excited when the project won a Gold Lion at Cannes. I’m really glad that our efforts to communicate the greatness of para table tennis and the players culminated in an award-winning project. 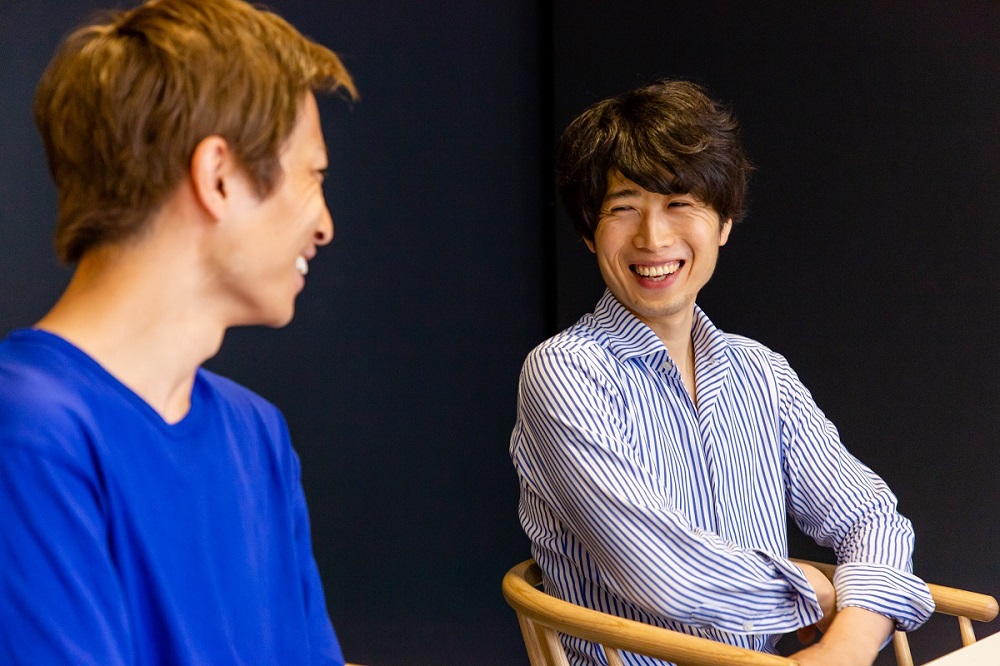 Table tennis develops a sense of achievement and possibilities in life

― Tell us about your objectives and aspirations going forward.

ASAI: We are thinking of exhibiting the tables in an art museum. We want to create opportunities for people not necessarily interested in sports or people with disabilities to take notice of the project. We hope to leverage it to help those who don’t know anything about the project to get it.

TATEISHI: One of the advantages of para table tennis is that it can accommodate a wide range of disabilities. It is open to a wide variety of players with disabilities. For example, players of wheelchair rugby(*2) cannot be top athletes unless they meet a set of conditions including their physical situation. The same is true of basketball and track and field. In contrast, table tennis never says to anyone: “You can’t play because you have this particular disability.” Indeed, children born with disabilities, those who become disabled later in life, and the parents of children with disabilities tend to think negatively about playing any sport at all. But what if they had the chance to know something about para table tennis…? Playing sports would suddenly become an option, encouraging them to go outside. And by going outside, they would expand their options. It’s very difficult to trigger this kind of action in Japan today. But you don’t have to worry about the weather when you play ping-pong, and you can put the table anywhere. Table tennis might be the only sport that children in hospital have a chance to play. One single rally will give them a good experience and change their mindset. “I can play sports! I will play sports!” We want to be that trigger. We don’t care if a child who starts with table tennis goes on to play another sport such as volleyball. We aim to be an association that can give successful experiences and options to people with disabilities.

*2 Rugby played by athletes in wheelchairs, characterized by the violent collision of wheelchairs 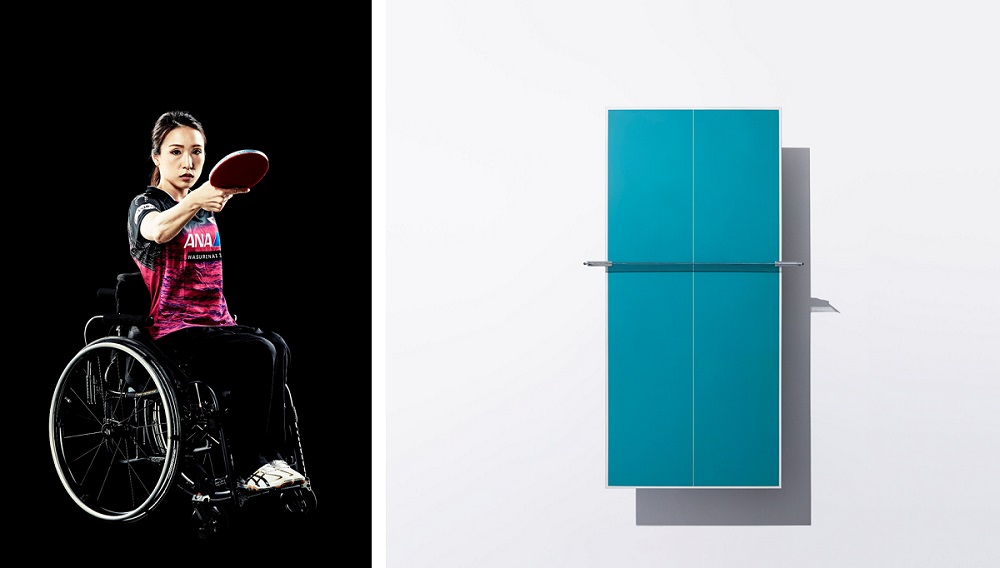 The ping-pong table as seen by Yukimi Chada expresses the “difficulty of reaching toward the net”for a wheelchair athlete.

The ping-pong table as seen by Katsuyoshi Yagi expresses the “need to run around before reaching for the ball,” for a player born with short arms.