The Hakuhodo Group is committed to doing its part toward achieving the United Nations Sustainable Development Goals (SDGs). In this interview series we introduce key initiatives undertaken by the Group featured in Creating Happiness: 2019 SDGs Collaboration Book published by the Hakuhodo DY Group.
In this article, Kenji Tomioka (Mayor, Takasaki City, Gunma Prefecture), Masanobu Hino (Hakuhodo Kettle), and Shota Hatanaka (Hakuhodo Kettle) discuss Red Restaurants List, a website that highlights restaurants in Takasaki that are in danger of “becoming extinct.”

Red Restaurants List is a website highlighting good old restaurants that have been popular for years among the citizens of Takasaki, Gunma Prefecture. It aims to preserve unique dishes served by independent restaurants facing extinction in the provincial town due to the aging of their owners and lack of successors. The website went live in September 2017 under a joint project developed by the municipal government of Takasaki, Hakuhodo and Hakuhodo Kettle. It highlights good long-established restaurants serving “endangered dishes” that are popular among residents and helps recruit successors and interns for the restaurants. 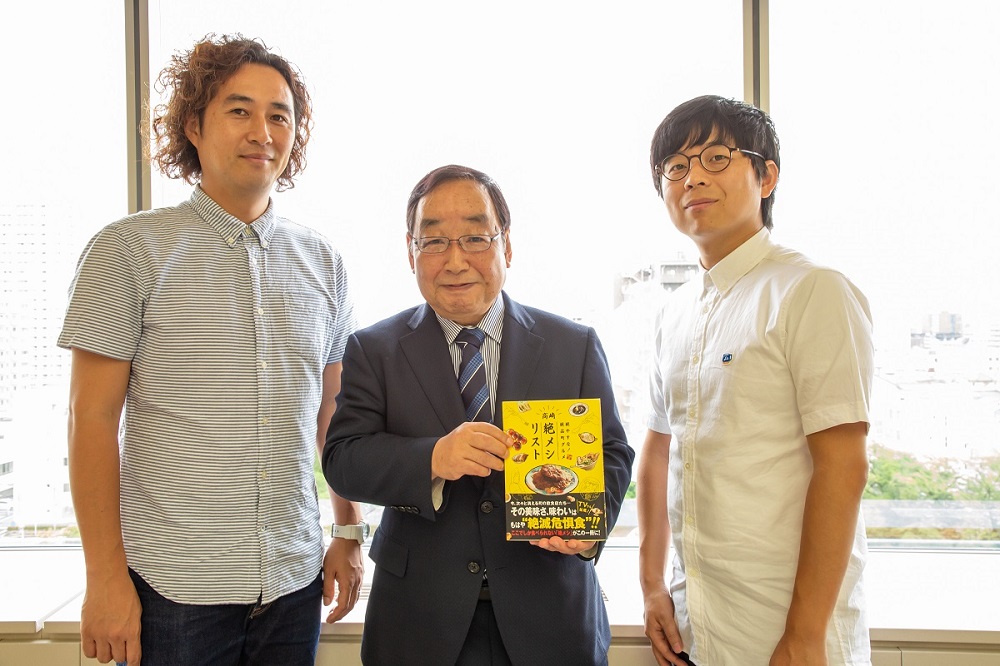 ― How did the collaboration and idea come about? Please give us some background and explain some possible next steps.

TOMIOKA (Mayor of Takasaki): We have always thought about how best to communicate the attractiveness of our city, but we found that traditional approaches, such as printing brochures, were ineffective. We also faced problems in the restaurant sector. Although wining and dining has a significant part in the communication of the attractiveness of a city, Takasaki does not have a port or local specialty, nor an abundance of famous restaurants. We didn’t know any effective methods of giving public information, so we publicly solicited ideas on these two issues, and Hakuhodo came up with a well-thought-out proposal.

The Red Restaurants List project was born out of remarks by two Hakuhodo staff members: “We might as well highlight restaurants serving delicious dishes that are popular with the people, typically located off-street and not fancy-looking.” I first found the expression “Red-List Restaurants” rather negative, but changed my mind when they explained its meaning: “restaurants that are red-listed but have the potential to become red-hot.” When drawing up the actual list, they said they would select the restaurants themselves and would not accept any recommendations from me. This kind of integrity reassured me. Indeed, a front-line restaurant reporter went around the city on a rented bicycle, talked with the restaurateurs, and completed the list. This down-to-earth approach was admirable.

What was the result of the project? Well, the moms and pops who run the restaurants gained pride in themselves. It is also important that regular customers came to talk about or praise the restaurants that are listed, thus increasing their pride further. For the owners, recognition of their restaurants means that their life in the community was highly appreciated. In this sense, we are talking about communicating local culture. Going forward, we will look beyond restaurants and spotlight other ready-made dishes such as good old deep-fried bean curd made by tofu makers and handmade croquettes. 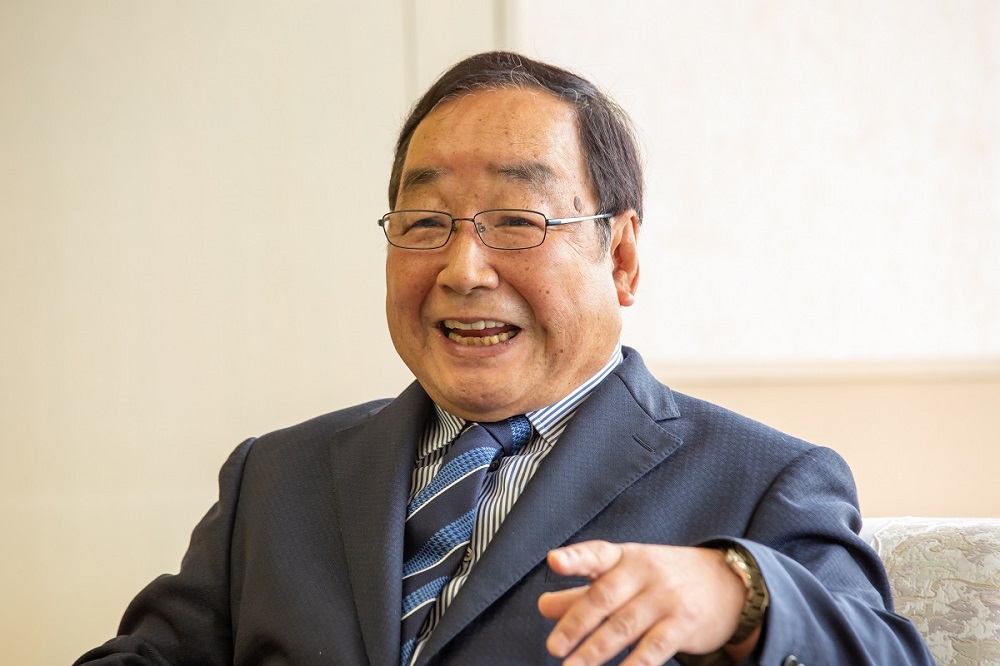 Engagement of restaurateurs and commitment of citizens

― You almost said it all. [Laughs] Now we’d like to ask a question to the two staff members from Hakuhodo. What was your initial reaction to the open call for ideas?

HATANAKA (Hakuhodo Kettle): I found it interesting, but at the same time I felt that the approach we were using in Tokyo would not be effective. So we started field marketing, or eating at various restaurants.

HINO (Hakuhodo Kettle): During that process, we heard many local residents say: “We used to have many good restaurants, but they disappeared one by one.” That was when we realized that local restaurants were in danger of extinction.

HATANAKA: So we started thinking how we might highlight those restaurants by sending a message: “We want you to come and eat here before it’s gone.”

HINO: Frankly speaking, the restaurant owners were not generally enthusiastic about media exposure. Being elderly, they doubted whether they could serve many new customers, and had actually turned down TV coverage. We were lucky to find an exception: a restaurant called Del Mundo accepted everything that we suggested. They took part in our project out of their desire to contribute to their hometown Takasaki in every way they could. The list was built on that kind of commitment by local stakeholders. Furthermore, Ms. Mutsuko Shio, producer of the Takasaki Film Festival and owner of a theater, offered to run the promotional video in her theater. Despite budget constraints, we managed to finance the video production from various sources with the support of volunteers originally from Takasaki, including the video director. The video subsequently won a prize in an award show, creating a buzz and nudging more people to support the project. For example, the tourist association created a large sign and placed it in front of the station. JR allowed us to put up many posters where posting is usually prohibited. We really felt the commitment of local residents who did everything they could to support their hometown.

TOMIOKA: Before winning Bronze at Cannes Lions, we won a prize at an award show in New York, and I first learned about the English translation of the project: “Red-List Restaurants.” It was interesting—kind of like an endangered species. I felt affection for the term.

HATANAKA: It looks like the same thing is happening on a global scale: jury members were also alerted to the extinction of local restaurants not only in Japan, but all over the world. That’s why we won the prize in New York. 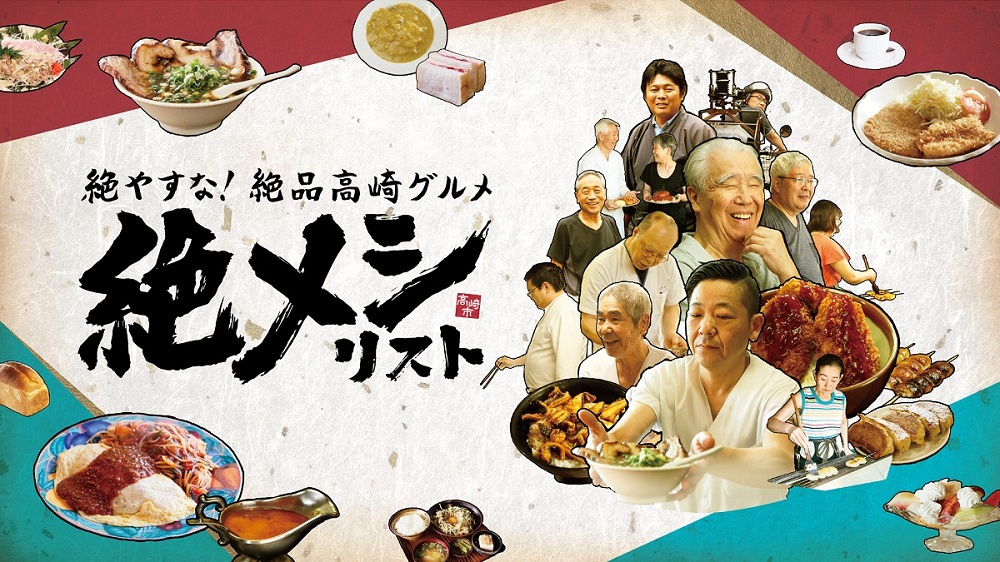 The campaign captured the ACC Grand Prix/Minister of Internal Affairs and Communications Award, the highest honor in the Marketing Effectiveness category at the 2018 ACC Tokyo Creativity Awards, as well as a Bronze Media Lion at Cannes Lions 2019. For details, see https://zetsumeshi- takasaki.jp/ (in Japanese)

If every city has the same problem, why not replicate the idea?

― Do you have any particular aspirations or ideas going forward?

HINO: When the list was completed, the Mayor actually suggested replicating the project in other cities, because all provincial towns in Japan face similar problems. That greatly impressed us. With a local promotion campaign, we tend to look for something unique, but with this project we were only piloting what any city can do by picking Takasaki as a test case. Indeed, we have been approached by many other local authorities, including Ishikawa Prefecture and Yanagawa City, Fukuoka Prefecture. It’s becoming very interesting.

HATANAKA: Possible next steps include marketing a package of retort pouch foods featuring particular items, such as the sauce for hamburger steak at Del Mundo. Souvenir shops at stations would be a possible marketing channel. Now that Red Restaurants List is widely recognized, we’d like to scale it up. We could organize a dedicated event as the initiative has grown that much.

TOMIOKA: The audience of such an initiative should not be limited to non-residents but also include local citizens, who need to know about such Red-List Restaurants. It’s important to provide an opportunity for local residents to take a new look at themselves. 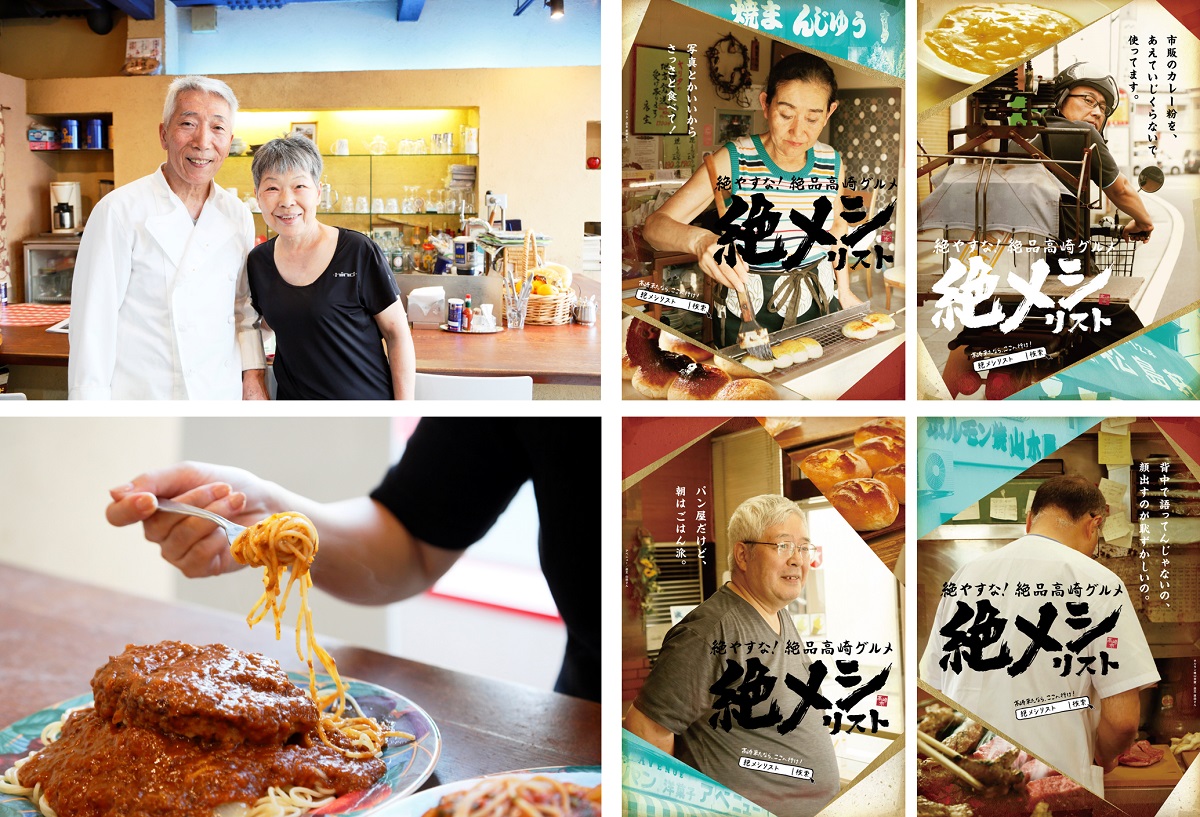