Masahiro Kawatei speaks about the SDGs at the United Nations 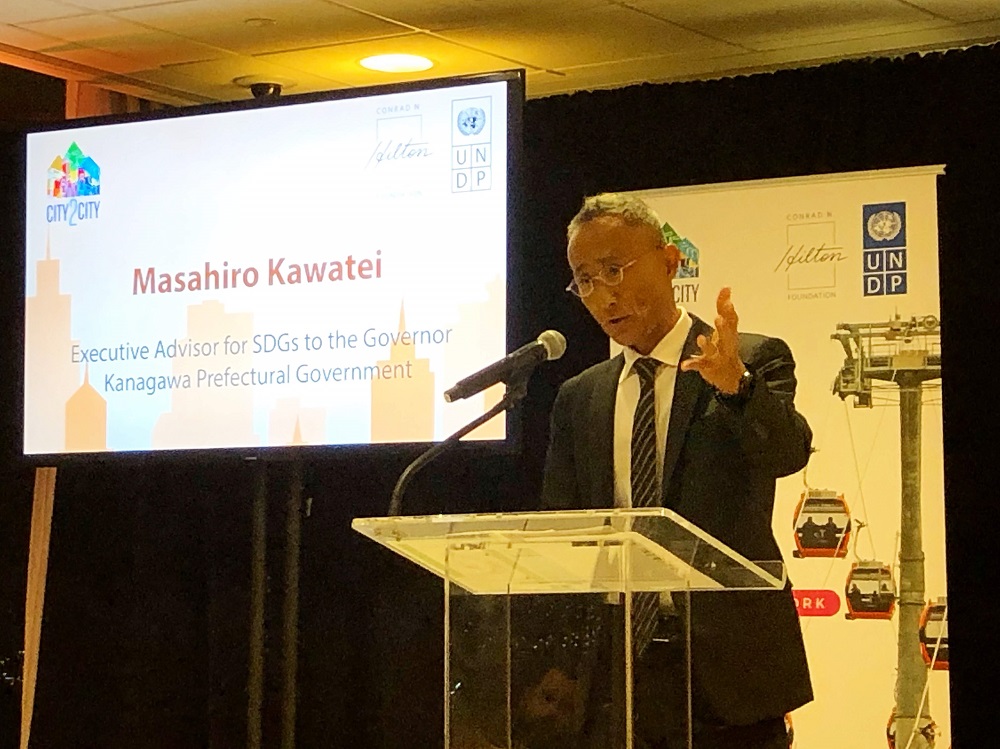 Masahiro Kawatei, who has responsibility for CSR at Hakuhodo DY Holdings, was invited to speak at a High-Level Side Event during the UN General Assembly at the United Nations headquarters in New York City on September 26. He spoke on behalf of Yuji Kuroiwa, the Governor of Kanagawa Prefecture, a Japanese local authority that is particularly active in its efforts toward realizing the Sustainable Development Goals (SDGs)*, in his capacity as Executive Advisor for SDGs to the Governor.

Organized by the United Nations Development Programme (UNDP), the event brought together leaders who are exploring comprehensive approaches to such issues as climate change and digital transformation. Under the slogan “Making Cities for All,” its main missions were to launch City2City Network, a peer learning mechanism for cities worldwide, in both developed and developing countries, and to expand localization of the SDGs. Representatives from Dubai, Bangladesh, Bolivia and the cities of New York and Los Angeles, among others, reported on activities taking place in their own communities.

Japan is at the forefront of world-wide problems including climate change and the super aging society. With a population of 9 million, Kanagawa Prefecture directly faces these challenges and urgent responses were needed. But internalizing the SDGs was difficult for the prefecture’s citizens, and this was a barrier to them taking action. With this in mind, Governor Kuroiwa linked Kanagawa Prefecture policy with the SDGs, noting that the prefecture’s “Curing ME-BYO” strategy, which seeks to extend healthy life expectancy in an aging society by maintaining health and preventing the onset or further progression of disease, shares the same concept as the SDGs. As part of these efforts, the governor also appointed Kawatei, who is a citizen of Kanagawa Prefecture, as his Executive Advisor for SDGs.

Kawatei first touched on building the Kanagawa SDGs Formation. This is a model for actions outlined in the comprehensive plan developed by the prefectural government, including educational events and PR tools tailored to stakeholders such as businesses, local authorities, NPOs and academia. Based on the Formation, regional forums on the SDGs were held in communities throughout the prefecture, and an SDGs action book and SDGs guidebook for SMEs outlining case studies of actual efforts were published. This January, the SDGs All Japan Meeting 2019 was held in Yokohama, and a declaration on the SDGs Japan model adopted.

In addition, the prefecture has built a track record for communication design to penetrate the SDGs throughout the prefecture, including becoming the first local authority in Japan to propose reducing plastic waste to zero with the Kanagawa No Plastic Waste Declaration, which was proposed in response to plastic being found in the stomach of a baby blue whale that washed up on Yuigahama Beach.

After introducing these Kanagawa Prefecture initiatives, Kawatei called attention to SDG Action Festival, which will be hosted in Asia for the first time by Kanagawa Prefecture in late 2020 with support from the UNDP. He called on the world’s leaders to come together to share their models with the rest of the world, stop betraying generations to come and demonstrate that it is possible for local governments to change the world.

The speech met with a positive response, with the audience applauding enthusiastically. 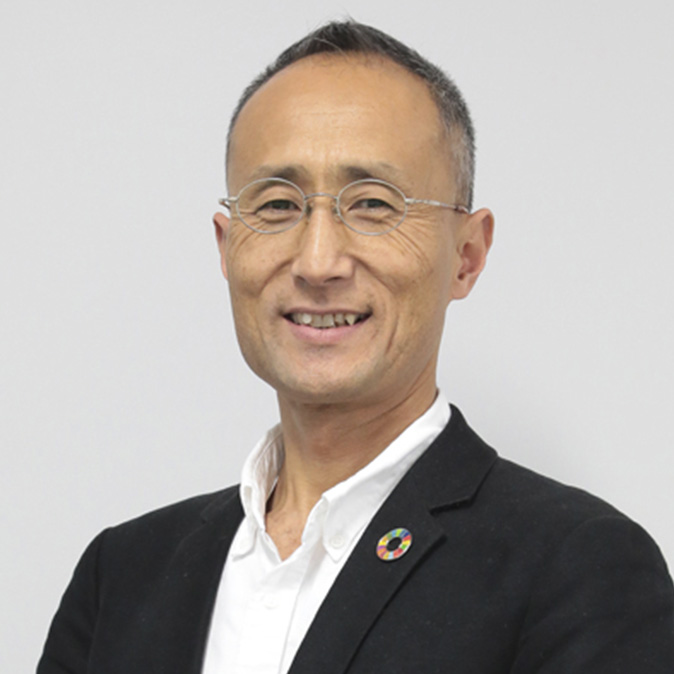 Masahiro Kawatei
Associate Manager
Group PR & IR Division, Hakuhodo DY Holdings Inc.
After a stint in TV program production, Masahiro Kawatei served as supervisor for media content in the national campaign to prevent global warming. He is currently involved in SDGs-related work and undertakes such work on commission for the Ministry of Foreign Affairs and the Cabinet Office. In addition, he was leader of the Hakuhodo DY Group team that worked with the United Nations Information Centre, an organization tasked with spreading and educating about the SDGs, to create the official Japanese language icons for the SDGs as creative volunteers in 2016.
Kawatei’s other roles include member of the Ministry of the Environment’s SDGs Stakeholders Meeting, SDGs Taskforce Leader at Global Compact Network Japan, Executive Advisor for SDGs to the Governor of Kanagawa Prefecture and SDGs advisor to Kamakura City. Kawatei is also an active member of the Japan Professional Photographers Society.
SHARE
Back to News & Insights