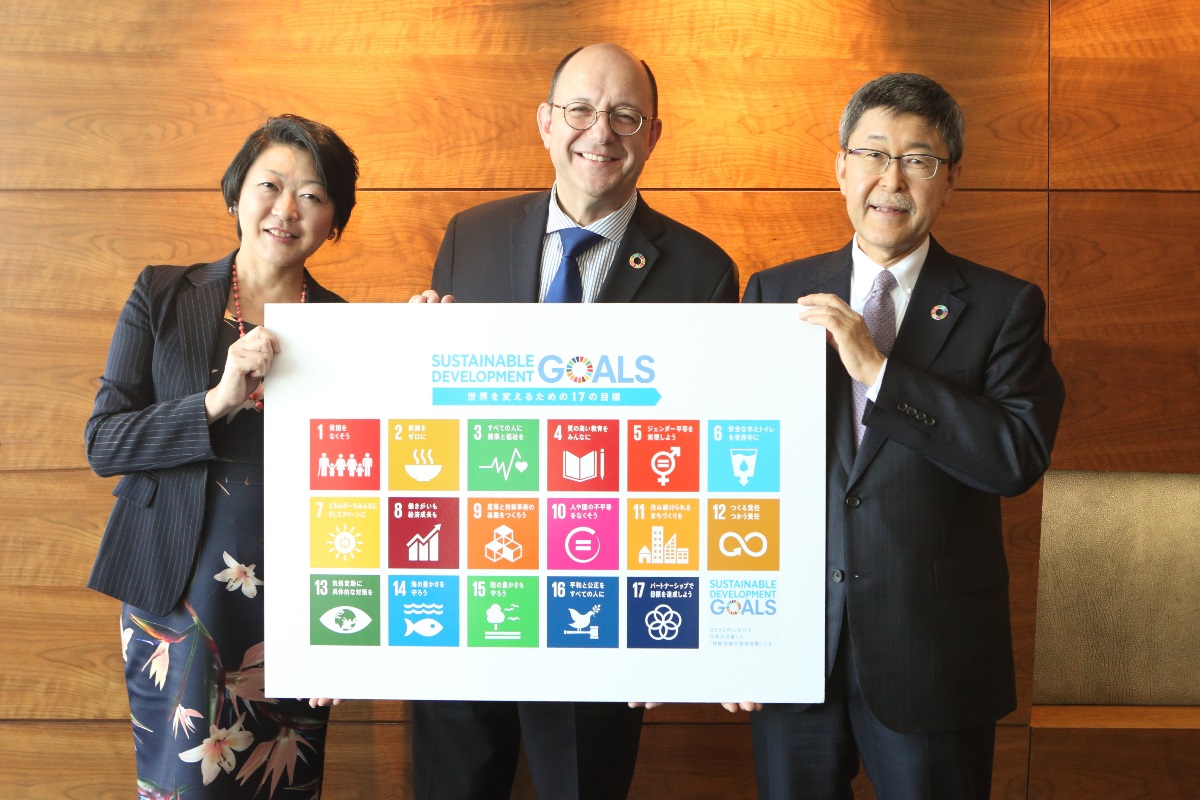 On Friday, October 27, Thomas Gass, United Nations Assistant Secretary-General for Policy Coordination and Inter-Agency Affairs in the Department of Economic and Social Affairs, paid a visit to us, accompanied by Kaoru Nemoto, Director of the United Nations Information Centre (UNIC) Tokyo, to exchange views with President Toda on visions for achieving the Sustainable Development Goals (SDGs) and efforts by the business community to promote understanding of the SDGs. In a meeting with our staff involved in the promotion of SDGs, Mr. Gass gave a presentation to help them better understand the Goals.

In his opening remarks, Mr. Gass thanked Hakuhodo DY Group for participating in the powerful vision of “reinventing the world” through collaboration on producing the official Japanese version of the SDG icons.*1

“I am impressed by the SDG philosophy of ‘leaving no one behind’,” said President Toda, referring to its affinity to Hakuhodo DY Group’s policy of “sei-katsu-sha insight,” adding “Our ‘sei-katsu-sha insight’ is shared by all employees as a source of inspiration. I believe that our ultimate goal lies in creating a world where individual sei-katsu-sha can live their own fulfilling lives. In this sense, our vision has everything to do with the commitment of the SDGs to ‘leaving no one behind’.” 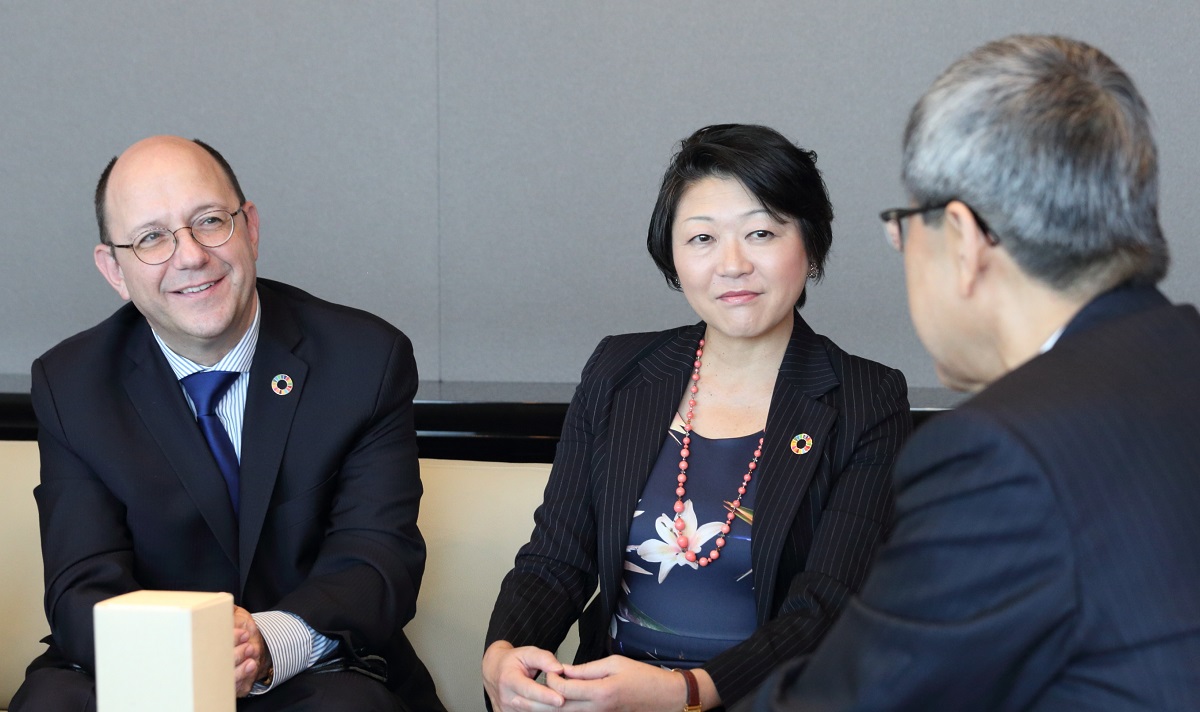 Also joining the meeting to present social actions by the Hakuhodo DY Group were Yuta Iguchi, Hakuhodo’s Creative Director who produced the official Japanese version of the SDG icons and the public advertising video on the SDGs, Anna Koshizuka (Hakuhodo), FY2017 member of TAP PROJECT JAPAN, which leverages design to address the global issue of water and sanitation in collaboration with the Japan Committee for UNICEF, and Takeaki Udo (Hakuhodo Brand Design), who is promoting the SDGs Corporate Program. 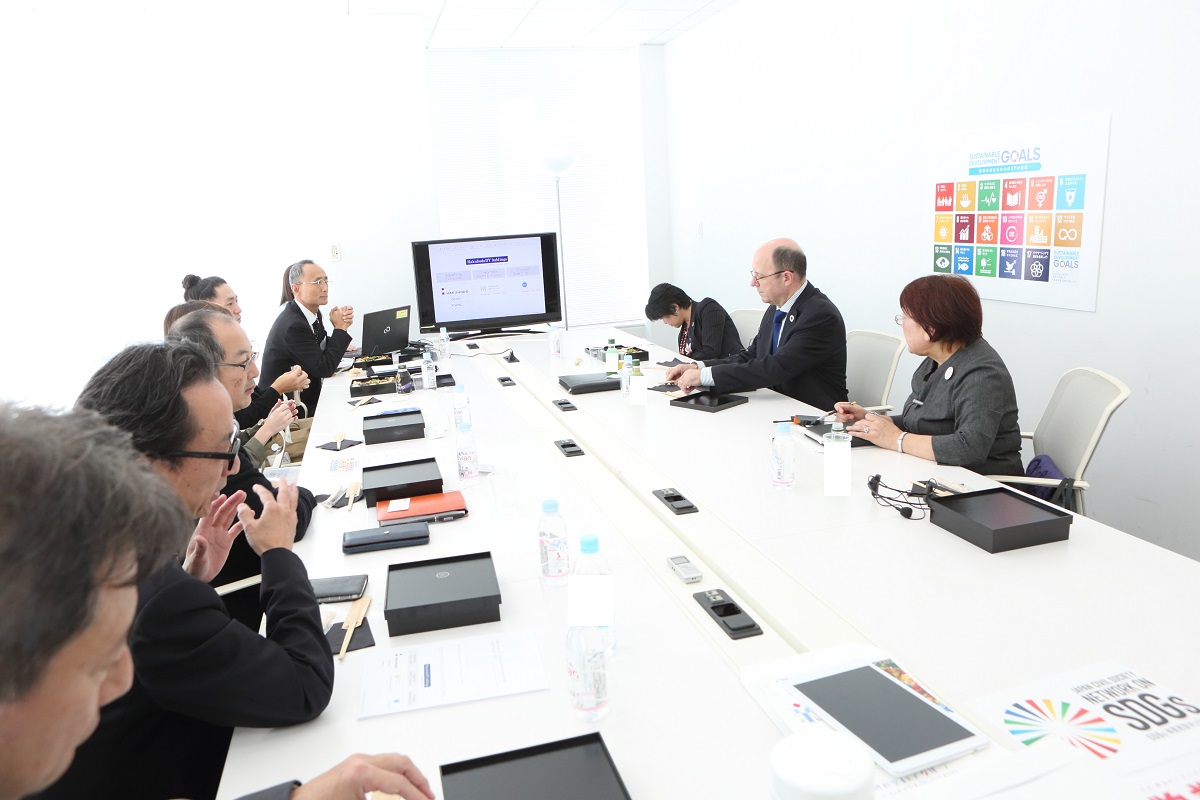 “It is pleasing that the Hakuhodo DY Group and its members not only promote the SDGs through their work but also take action to make this world a better place. The world is interdependent and interconnected, effectively requiring us to work towards ‘development with a shared vision.’ Activities undertaken by the Hakuhodo DY Group will surely help create a better world,” said Mr. Gass to the participants at the meeting, who were given a unique opportunity to renew their awareness of the crucial importance of partnerships in achieving the SDGs. The Hakuhodo DY Group is committed to joining forces with UNIC Tokyo in further efforts to raise public awareness of the SDGs. 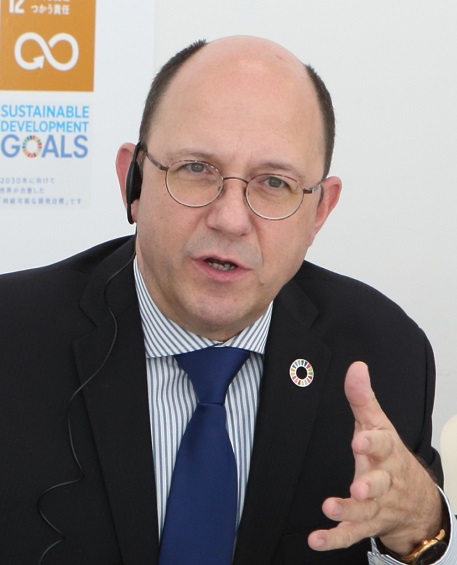 Thomas Gass
Appointed as Assistant Secretary-General for Policy Coordination and Inter-Agency Affairs in the UN Department of Economic and Social Affairs in September 2013, Mr. Gass played a key role in the adoption of the SDGs in September 2015. With wide-ranging experience in bilateral and multilateral development cooperation, he had followed a path leading to the SDGs even earlier, serving as Head of the Mission of Switzerland to Nepal (Ambassador and Country Director of the Swiss Agency for Development and Cooperation) and Head of the Economic and Development Section at the Permanent Mission of Switzerland to the UN in New York. Mr. Gass was born in Switzerland. 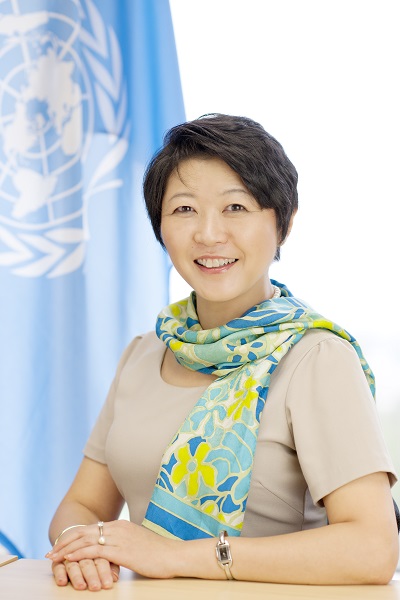 Kaoru Nemoto
Ms. Nemoto was appointed as Director of the United Nations Information Centre in Tokyo (UNIC Tokyo) in August 2013. Prior to that, she worked with the United Nations High Commissioner for Refugees (UNHCR) from 1996 to December 2011, engaging in activities to support refugees, particularly in Africa and Asia. At its Headquarters in Geneva, she was in charge of policy-making and coordination for private-sector fundraising. She also served as a Public Information Officer for the World Food Programme (WFP) in Japan and the Executive Director of the Japan Association for UNHCR. Ms. Nemoto was an independent journalist before assuming her current position.

*1 Collaboration in the production of the official Japanese version of the SDG icons
Working with UNIC Tokyo, responsible for raising public awareness of the SDGs, in 2016 we produced the official Japanese version of the SDGs icons and the accompanying public advertisement video. In order to facilitate use in all sectors, we developed the catch line “to be used by everyone, and for everyone,” in consultation with UN agencies, the Japan International Cooperation Agency (JICA), the Japanese Ministry of Foreign Affairs, the business community and civil society. 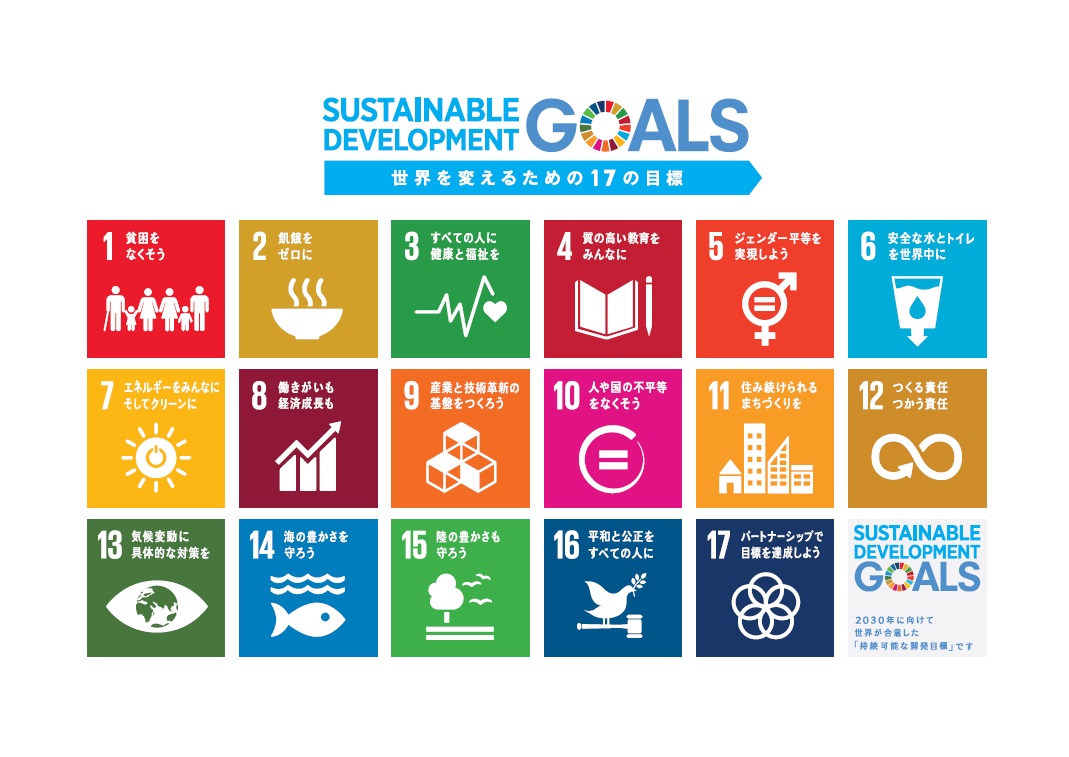