Consortium to introduce “Locomo” and measures to prevent it

“Locomo” (Locomotive Syndrome) refers to a state of reduced locomotive functions, such as standing up and walking. The Japanese Orthopaedic Association and Hakuhodo launched the Locomotive Challenge! Council in 2010 to conduct public information activities designed to diffuse correct knowledge and increase awareness of the need to prevent Locomo, a syndrome that can lead to requiring long-term care if left unaddressed. Awareness of the campaign reached 44.8% by March 2019. 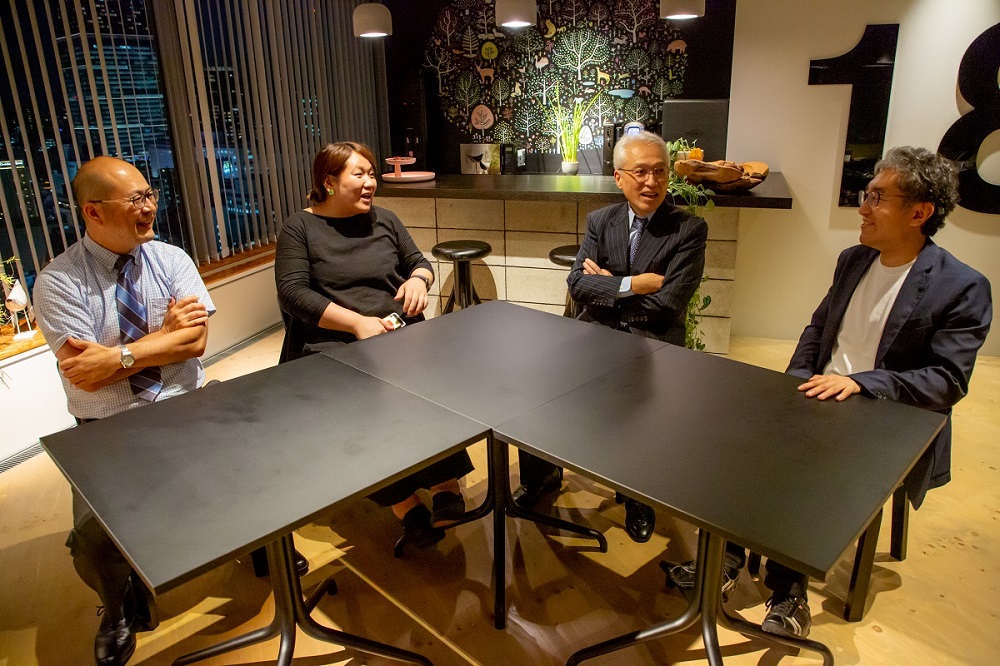 Establishing a new concept of health in Japan

― We hear that Locomotive Syndrome was a novel concept for the medical community. How did it come about?

OHE (Japanese Orthopaedic Association): It all started in 2007, when Dr. Kozo Nakamura, then President of the Japanese Orthopaedic Association, suggested: “Aging and longevity are having an impact on diseases and disorders treated by orthopaedists. Now is the time to advocate a new concept.” It was a compelling suggestion for me as a practitioner. Orthopaedists used to treat mostly young patients injured in traffic accidents or sports, but since the turn of the century we have been treating more patients with aging-related troubles. With a young patient, we only need to treat the injury, but an elderly patient may have another reason to see the doctor right after the original problem has healed. It was like a game of cat and mouse… We certainly felt that after-the-fact measures would not bring about a fundamental solution.

Defining “Locomotive Syndrome” as any situation where locomotive functions, such as standing up and walking, are reduced due to the weakening of parts involved in movement such as bones, joints and muscles, the Japanese Orthopaedic Association decided to launch an awareness-raising campaign to prevent the syndrome. Such a campaign has to be linked with academic activities, and it also needs to be sustainable, not a one-time event. That is why the Japanese Orthopaedic Association worked with Hakuhodo to establish the Locomotive Challenge! Council as a voluntary group to lead the campaign, and that was how our awareness-raising campaign started, with the involvement of non-medical stakeholders. 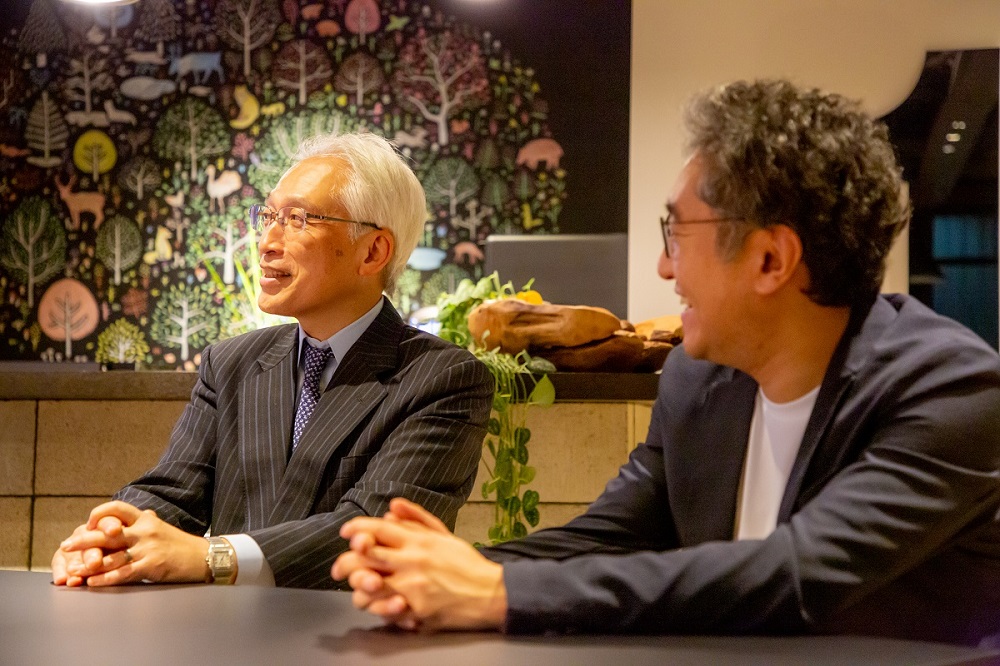 MURO (Hakuhodo): Initially, we had eight private companies to support the Council. We aimed to create a framework to bring benefits to all those involved, including the medical community, patients and the private sector, but we also had to learn by trial and error, as it was a brand-new initiative for us.

NOGUCHI (Hakuhodo): We now routinely talk about “consortiums,” but it was uncharted territory at the time. I think it was the first time Hakuhodo organized and operated in a consortium.

Co-creation starts with the development of a common language

― The fundamental concept and framework were all created from scratch. Wasn’t it a daunting task?

OHE: We didn’t have a common language to begin with. It was the first time ever for the Association to work with a private company, and we had completely different cultures. To get started, we decided to gather once a month for two hours.

NOGUCHI: When preparing the minutes, at first we did not understand what the doctors had said, as it was filled with technical terminology.

MURO: We had different sets of principles, too. Working for an advertising agency, we tend to focus on communicating the message. But for the doctors, it is crucial that the audience gets the message right. We have produced promotional booklets and content including the Locomo Risk Test, each based on serious discussions from different perspectives, to ensure both correctness and effectiveness.

― Now that the term “Locomo” is widely recognized, the promotional campaign can be considered a success. What was the key to its success?

NOGUCHI: We were involved in serious discussions every month, actually for three to four hours instead of the planned two hours. I think we met more than 100 times. Every discussion was a moment of truth. There was no planned point of compromise, hidden intentions or bitter aftertaste. As we spent time together, I got the feeling that a common language was developing.

OHE: It was also important that we had the shared goal of making Locomo part of the Ministry of Health, Labour and Welfare’ s “National Health Promotion Movement in the 21st Century (Healthy Japan 21).” I felt like we moved to another stage when all the members came to share the same perspective in their commitment to the national policy, which is to be modified every 10 years. As a result, Locomo was selected as a component of Healthy Japan 21. This has had a very tangible effect, because local authorities are required to promote the components of Healthy Japan 21. 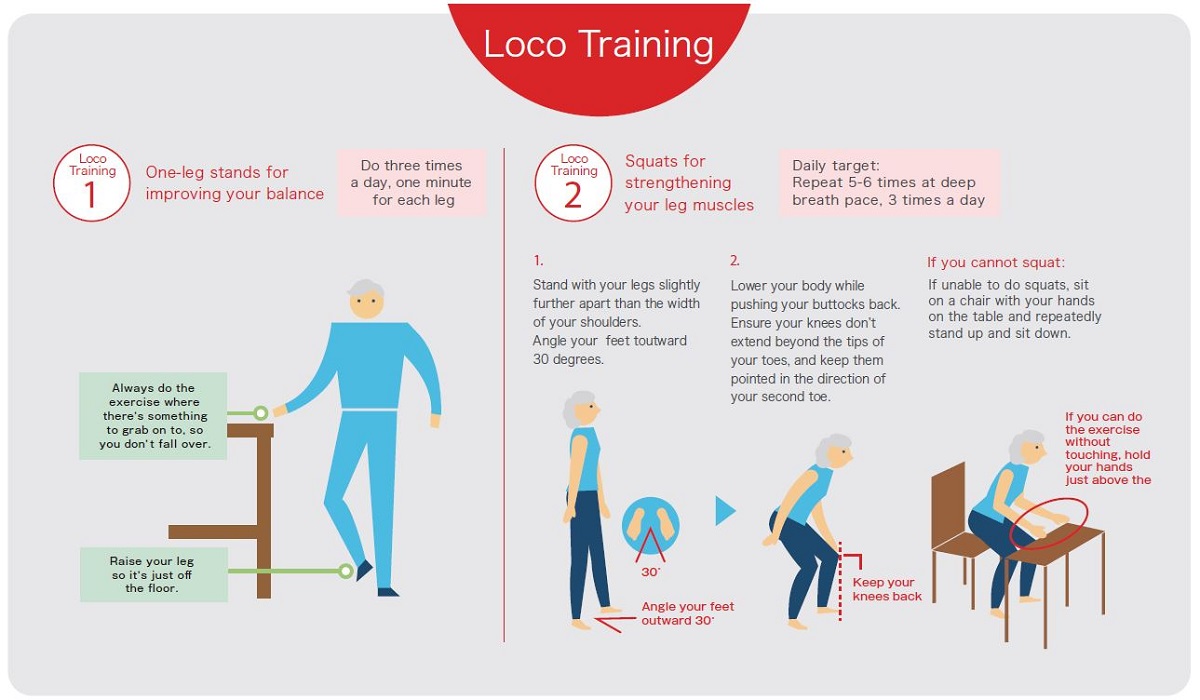 “Locomo Challenge” won Silver in the PR Award Grand Prix 2017, Grand Prix in the PR category at the 2018 ACC Tokyo Creativity Awards, and Silver in two categories at Spikes Asia 2018. For details, see https://locomo-joa.jp/ (in Japanese)

― What was the subsequent impact and what are the next steps?

FUTARA (Hakuhodo): From a PR viewpoint, the word “Locomo” now no longer needs explanation. At first, we could not use the word without including a description of Locomotive Syndrome, but now more and more articles refer to Locomo without any explanation.

OHE: I also have the feeling that Locomo has grown into a common topic among physicians. Yet, orthopaedists still have different views about the necessity of prevention. Further progress in research may, for example, enable quantification of the effectiveness of surgery via the Locomo Risk Test, thus facilitating collaboration with orthopaedists who tend to attach more importance to operations. Communication within the academic community is an ongoing issue.

NOGUCHI: I feel we still have a long way to go. We will engage with more co-creation partners in various campaigns driven by technology.

OHE: Orthopaedists will have to look outside the field of orthopaedics if we are to tackle the problem of aging. First, we must work with other medical areas. This issue will also entail partnerships with various stakeholders including private businesses and local authorities, as it cannot be addressed by physicians alone. In this sense, there is so much more that we can do.

Left: Stand-up Test Boxes for the Locomo Risk Test to investigate the probability of suffering from Locomo in the future can be bought online.
Right: The Locomo Risk Test, preventive lessons and civic classes are held nationwide.

Left: First booklet released in 2013. The updated booklet is available online.
Right: Activities are implemented to raise awareness of correct information and preventive knowledge about Locomo (photo of Takashi Ohe).