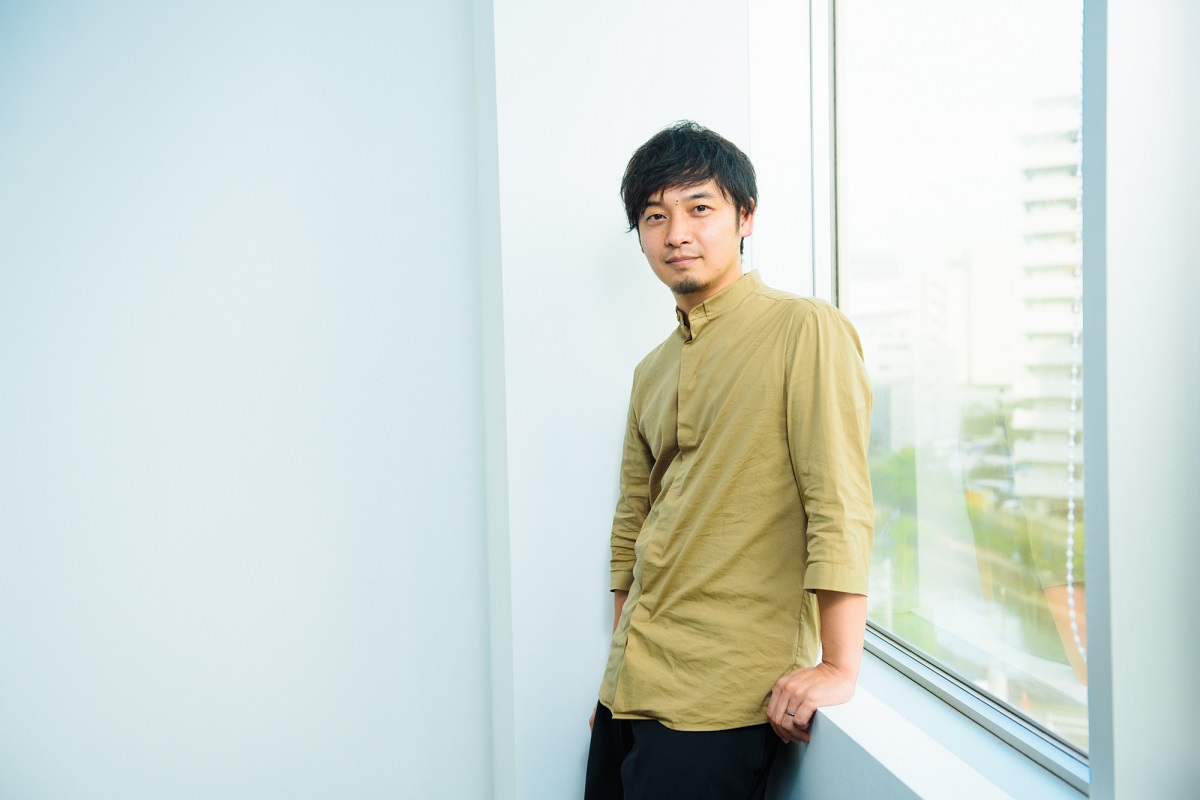 The Restaurant of Mistaken Orders began operating in 2017. What led to the inception of this project?

The Restaurant of Mistaken Orders is an event-style restaurant in which all front-of-house staff have dementia. The concept originally came from a director on the national broadcaster, NHK. The trigger came when they reported on a care facility run by a specialist in caring for people with dementia, and nursed a plan to create a restaurant based around the idea that people with dementia might make mistakes, but so what.

Along the way to turning the idea into reality and bringing it to the world, Hakuhodo Creative Director Satoshi Chikayama became involved, as did I, after he contacted me. As an art director, my role was designing the visual communication or, in other words, the “look” of The Restaurant of Mistaken Orders and controlling the way it was communicated. 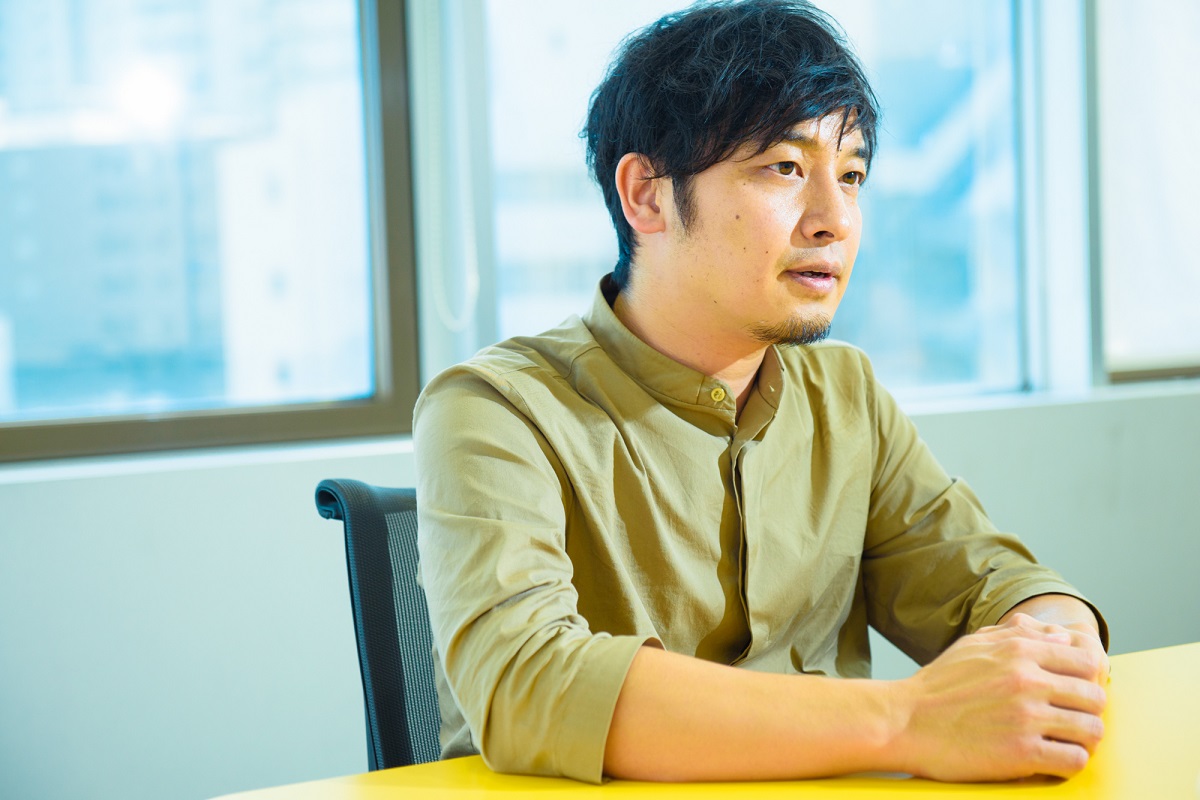 As the art director, what vision did you have for taking part in this project?

The first time I heard it, I immediately thought the name “The Restaurant of Mistaken Orders” was perfect. Simultaneously, I thought that the way we communicated it would be extremely important. Whether the restaurant would be seen in a positive light would depend on the design. Knowing the background, I thought it was an aspirational endeavor, but no matter how well-intentioned, the impression it left would change completely depending on how it was conveyed. The potential for critical feedback, such as “Are you making a mockery of dementia?” or “Isn’t making mistakes wrong to begin with” was there.

So it was essential to inspire the feeling that mistakes are charming among all the restaurant’s customers, so that they would not mind any that might occur. This is what I wanted to realize with the design. 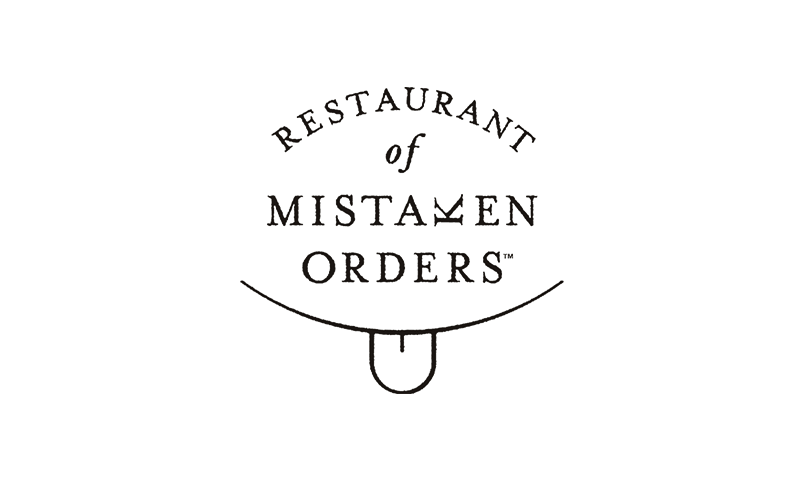 The logo is a tongue sticking out, the Japanese equivalent of biting down on your lip when embarrassed. It represents an apology in advance. By saying “I might make a mistake, and sorry if I do” right off the bat, I wanted to create an environment where people could be kind and forgiving, even if there was a problem with the service. I designed the restaurant so that customers would see the tongue-out logo many times and from various angles from the moment they stepped into the restaurant until they left. The logo is apologizing from various points—the plates, the hand wipes, staff aprons. I wanted customers to be forgiving, but also to create an environment where customers would actually hope there would be a mistake with their order, so that the mistakes would almost be entertainment. 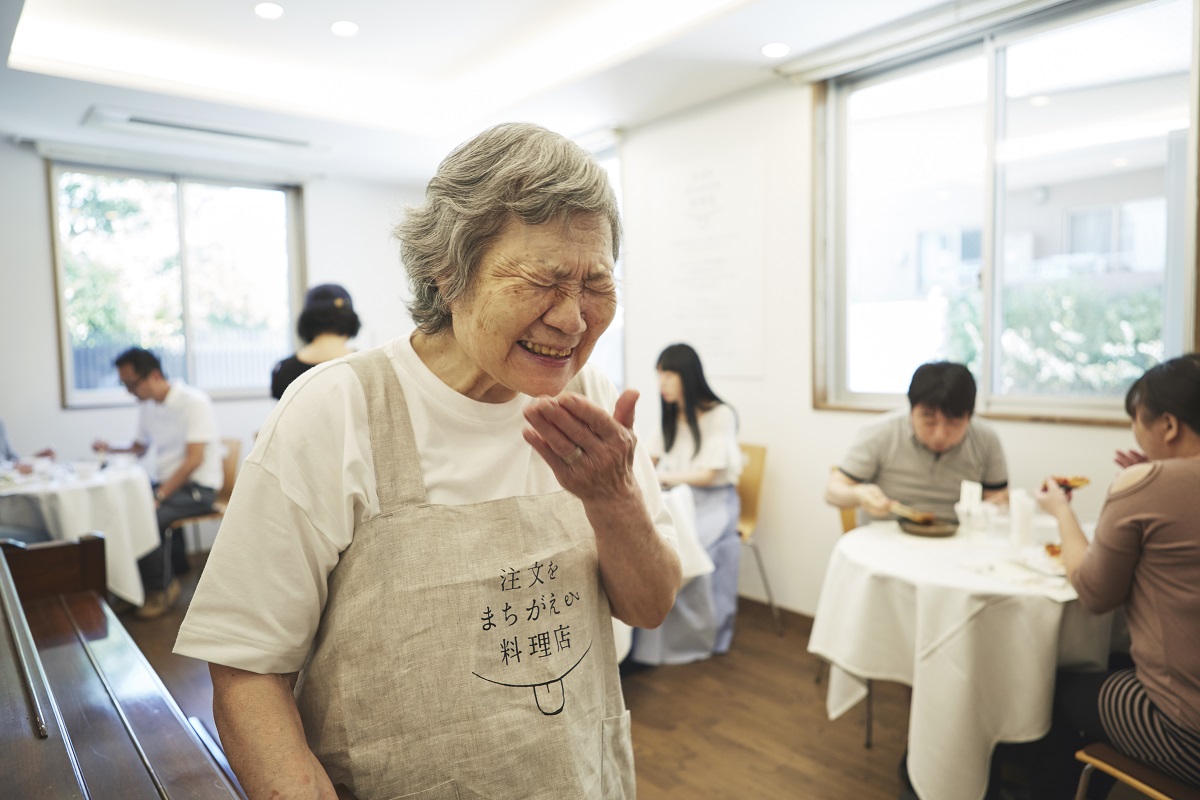 Bringing a great idea to life as an Unimagined Way

The project was reported in the media around the world and with similar projects being undertaken by people that its intentions resonated with, it is spreading far and wide.

I think the fact that it has spread this far in one or two years since its inception means that there is something about the project has that people were thinking about or looking for. These day’s people are easily outraged. We were certain that the tolerance exhibited by a space that markets itself as a “restaurant of mistaken orders” would touch people’s hearts in this prickly environment where even minor missteps are not tolerated.

The idea itself had the power to be an Unimagined Way. My mission was to actually convey an Unimagined Way to the world as just that. To do so, I needed next-level art direction so as not to make people think it was just a project intended to solve the problem of dementia.

Specifically, that meant bringing the world a fine dining establishment run by professionals. Whether the waitstaff made mistakes or not, the restaurant needed to make people want to go there for the delicious food and attractive space. In fact, the menu was developed by professionals and professional restaurant producers are involved in overseeing service. I imbued the space and items that bring these together with charm and sophisticated communication.

If I had not, the restaurant would certainly not have spread like it has. It would have just ended up an “event of good people, by good people for good people” for those involved in it. But as someone from an ad agency—the communication professionals—I certainly didn’t want to contain this big idea to something small.

Did you struggle with anything in bringing the idea to life?

I was extremely concerned about what the people with dementia who would be working at the restaurant would think. No matter how revolutionary the idea, it would be meaningless if it made those involved unhappy. I asked lots of people what they thought about it. One lady with dementia told me: “We really hate making mistakes ourselves, but if there was a place where our mistakes were overlooked with a chuckle, I’d like to give working a go again.” That gave me the resolve to realize just such a place.

I have a memory I’ll never forget. After the event, we gave the wait staff their pay and some yōkan (sweet bean jelly). I heard from the people at the care facility of one our male staff that he treasured the bag they came in right up till he died. It turns out that he had previously worked in a restaurant. It really brought home to me that memories of having fun last, even for those with dementia. 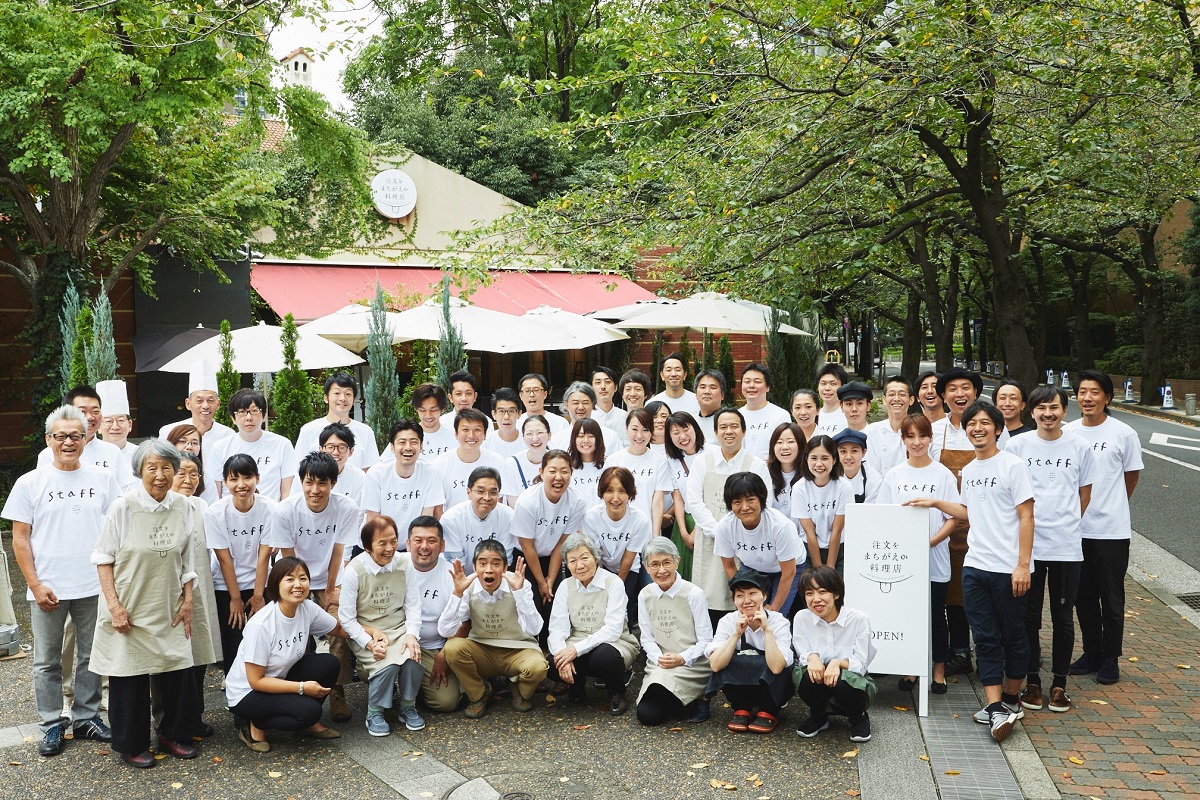 The project has won numerous awards, and was rated highly in the design domain, too, including winning Silver in the Design category at Cannes Lions 2019. As an art director, was there an Unimagined Way for you?

Personally, I don’t honestly think it represents a completely new design. In terms of applying normal advertising and design skills to design a way to express the project without diminishing the power of the message contained within “Restaurant of Mistaken Orders,” then amplifying it in society, I think it was a regular job. In my view, creating Unimagined Ways that make people go “Oh!” is a basic skill for any ad agency person. Delivering an Unimagined Way is the fundamental premise; what’s important is how you implement it.

The Restaurant of Mistaken Orders was about exciting discussion about societal tolerance, while the communication design conveyed fun and a light message.

I think that this is advertising’s strong suit. As a matter of course, we think seriously about how to show something as fun, make it easy to understand and make people want to join in. I think social issues are often seen as too hard, the explanations too serious, and that casually wading into them could get you whacked, so people still don’t really want to get involved. But we ad agency people still have plenty to contribute, with our skills that can change perceptions of an issue for the better and make people understand something in an instant.

In particular, as an art director, I want to design the message. Rather than creating pretty things and pretty pictures, I design how things are communicated. I am happy if I can properly convey a good thing to people. 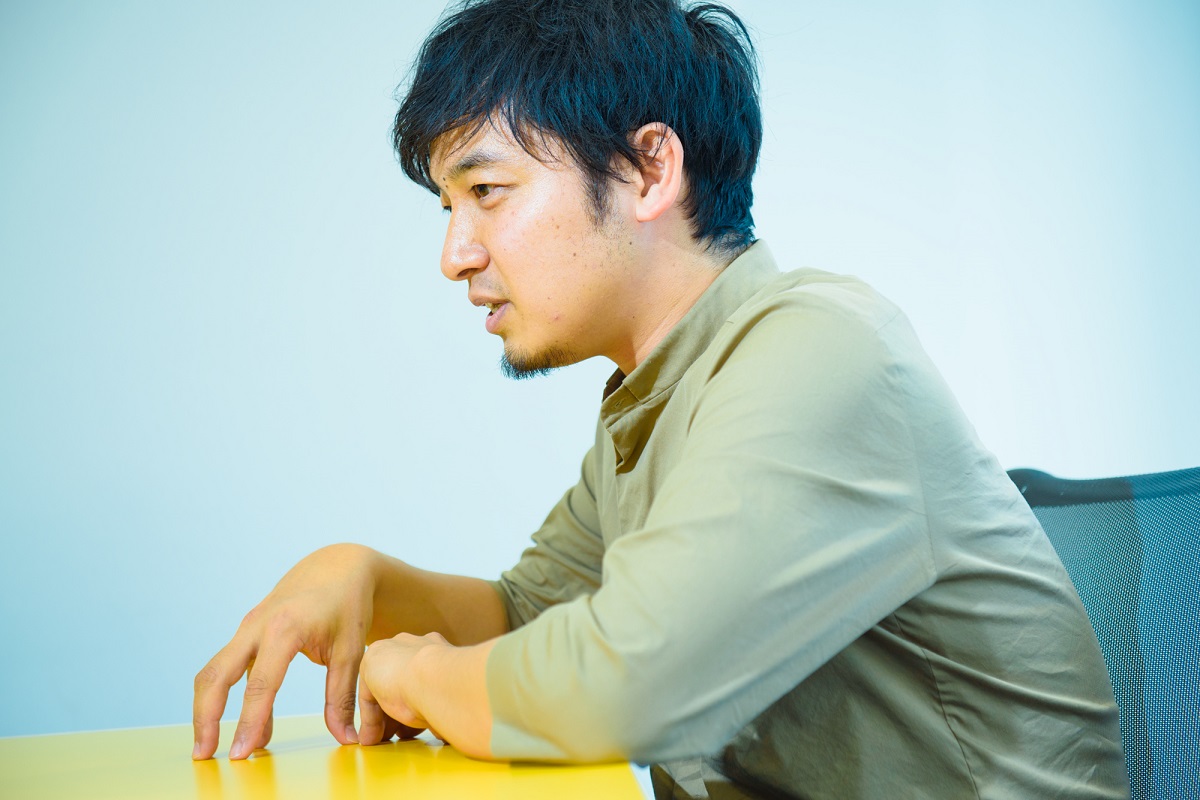 What Unimagined Way-type challenges do you see for the future?

Like I did this time with the nursing care and medical fields, I would like to work in domains that have rarely been considered from design perspectives. Not narrowing the bounds of what you’re going to design is important, and is perhaps key for an art director looking to create Unimagined Ways. Thinking about how to make people laugh is also design, and realizing that in the form of a logo is design, too, so I am looking to expand the role of design as far as possible. I also want to create a cycle whereby I feed what I learn in various other areas back into my advertising work. I don’t want to separate work like this project from my everyday work. Being good at social but only so-so at my main work would not be a good look.

You mentioned advertising awards earlier, and Satoshi Chikayama often says, “What winning awards means is that you will be copied more.” Winning awards and becoming widely known could impact the things that companies and creators who see and hear about the project create or recreate and through this, the model provided by The Restaurant of Mistaken Orders could change society for the better—and that is the ultimate goal.

In that sense, this project is just a seed for other Unimagined Ways, and still has more potential. We will leave the part of it that is now out of our hands and making its own way in the world in the hands of those new promoters. As a next step, we are thinking about a method for getting society more involved and hope you will look forward to that. 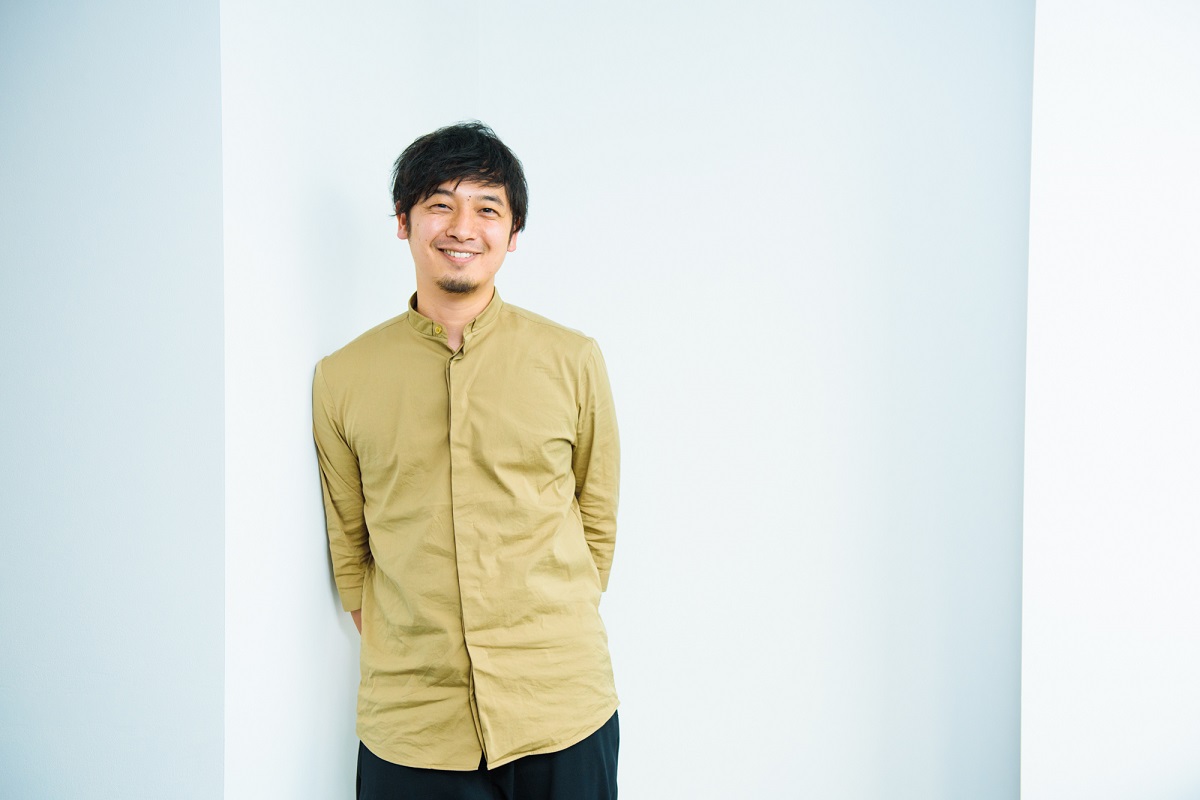 Yuki Tokuno
As an Art Director, Yuki Tokuno is involved in design in a wide range of fields, including art direction for advertising. He has won numerous international awards, including a Silver Lion for “The Restaurant of Mistaken Orders” at Cannes Lions International Festival of Creativity.
SHARE
Back to News & Insights