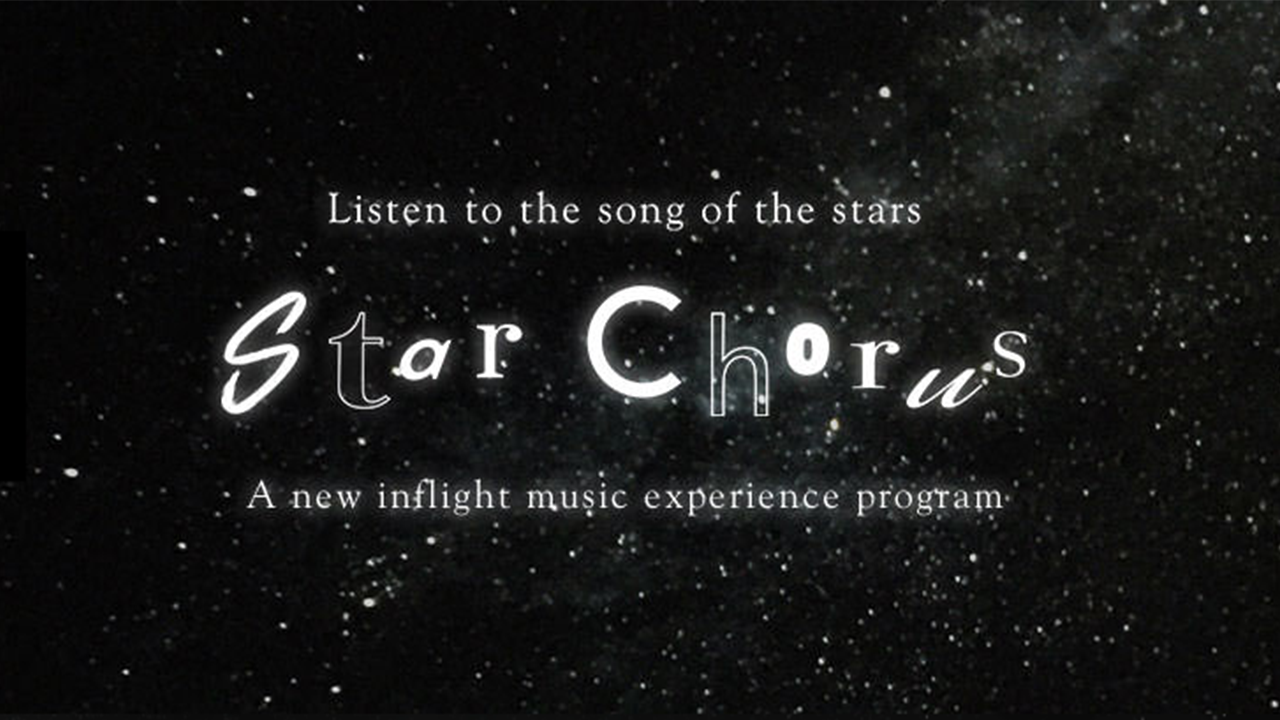 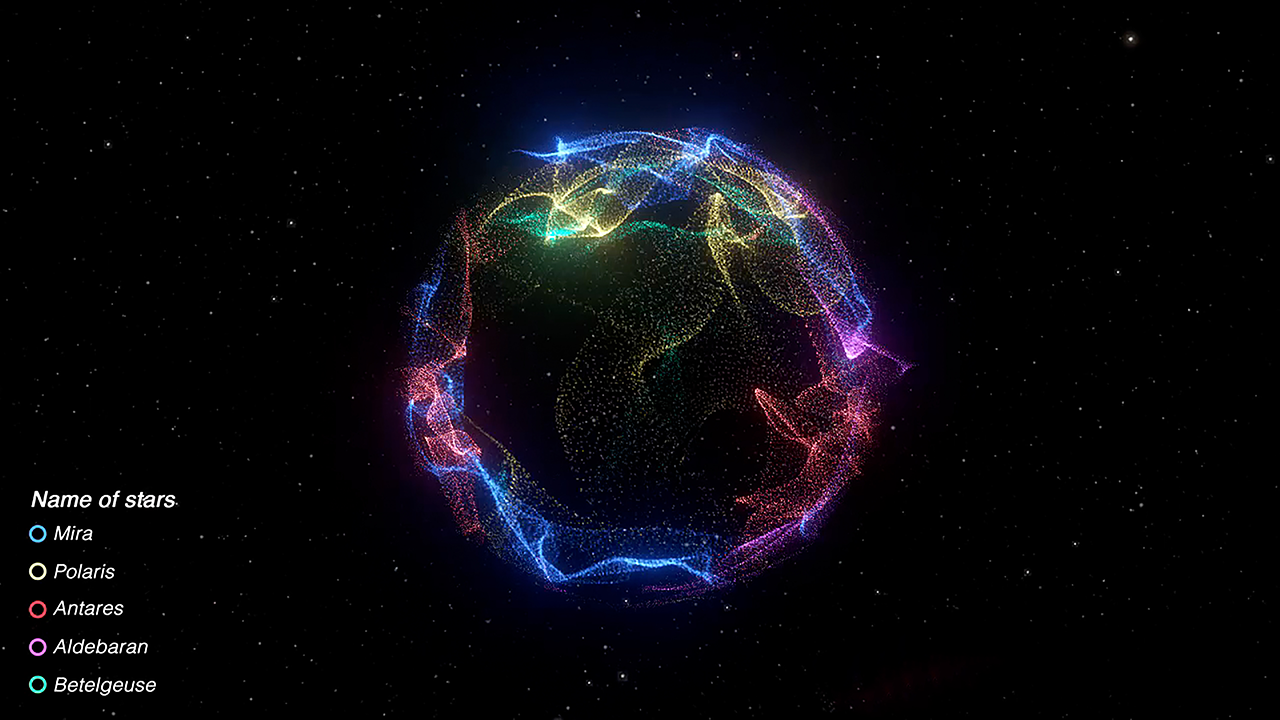 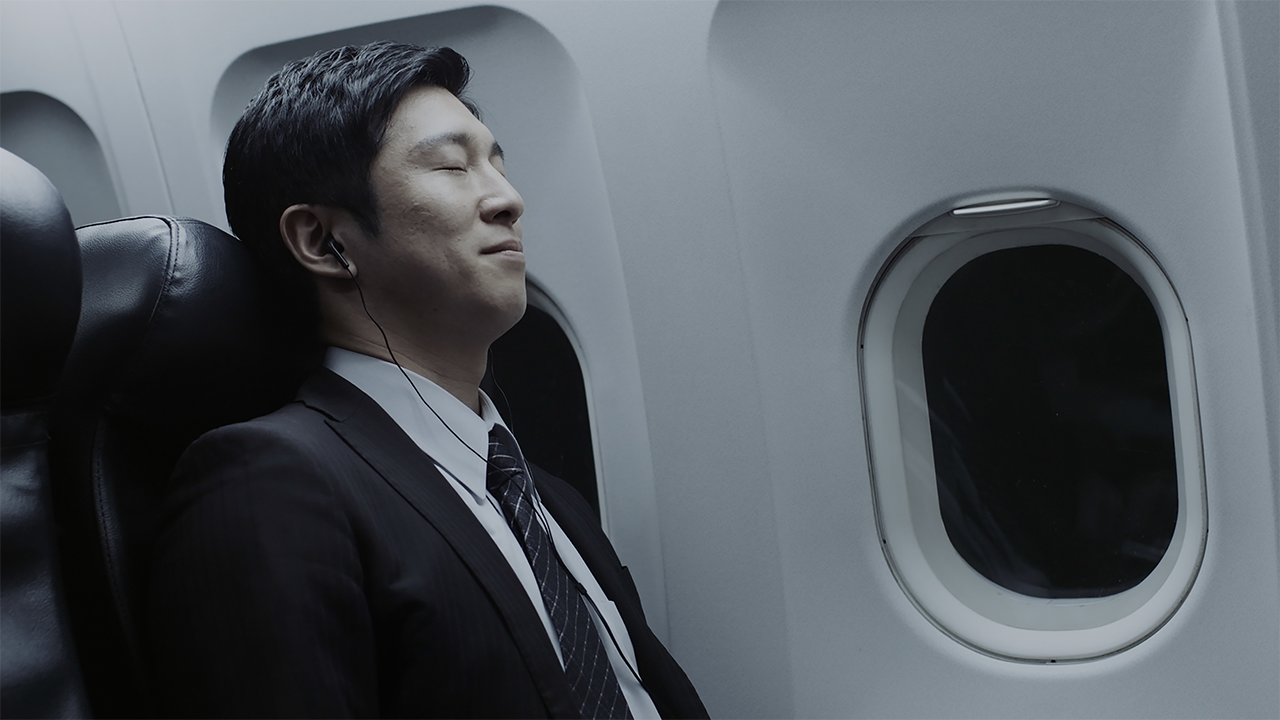 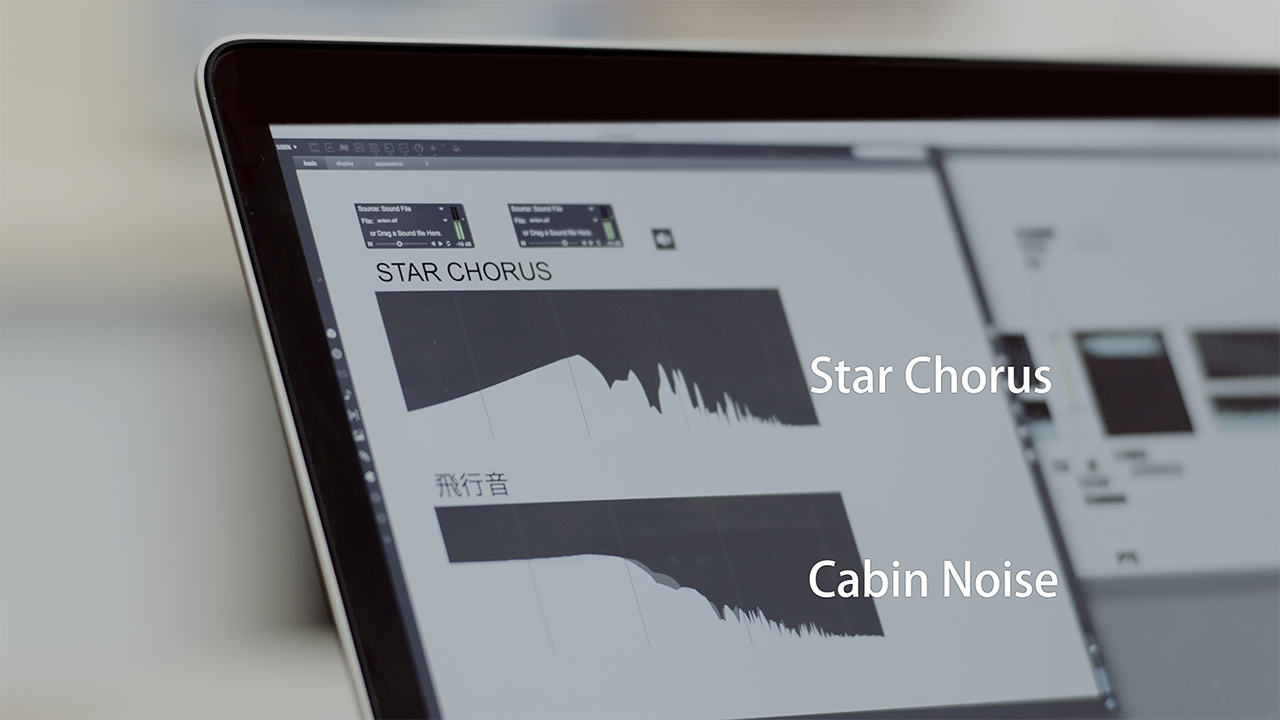 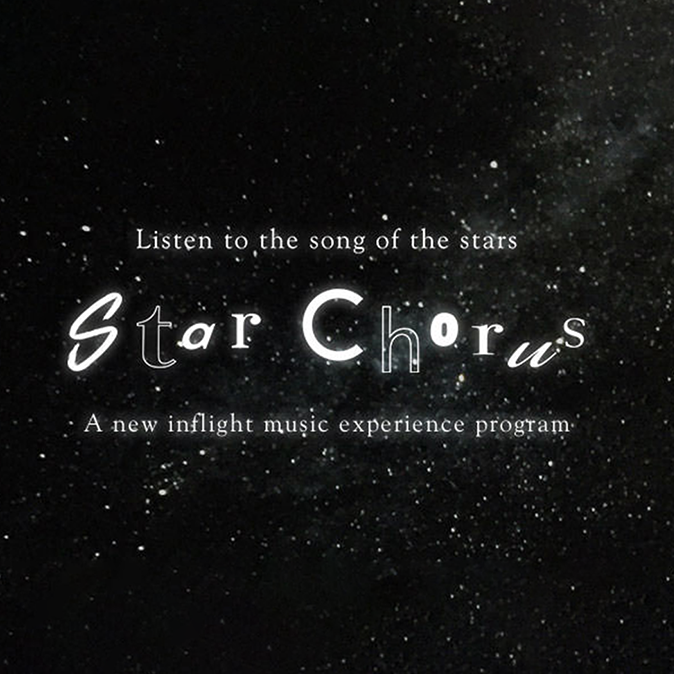 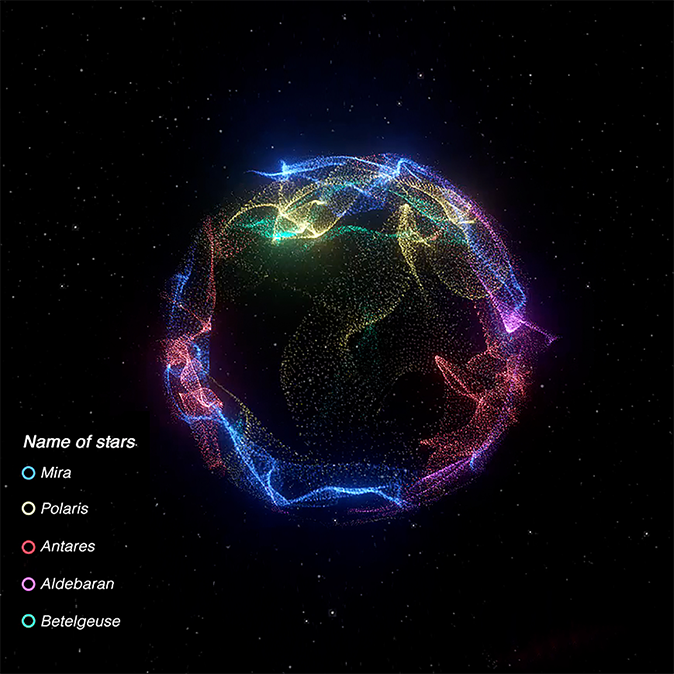 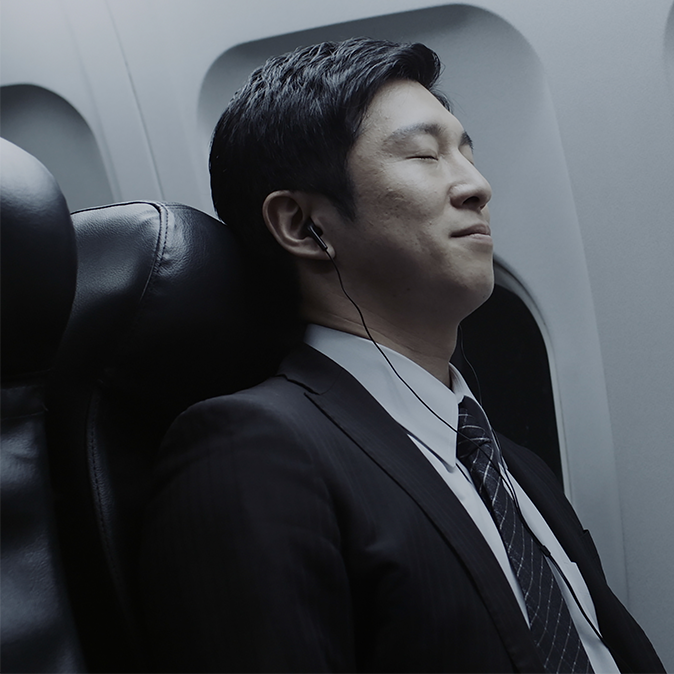 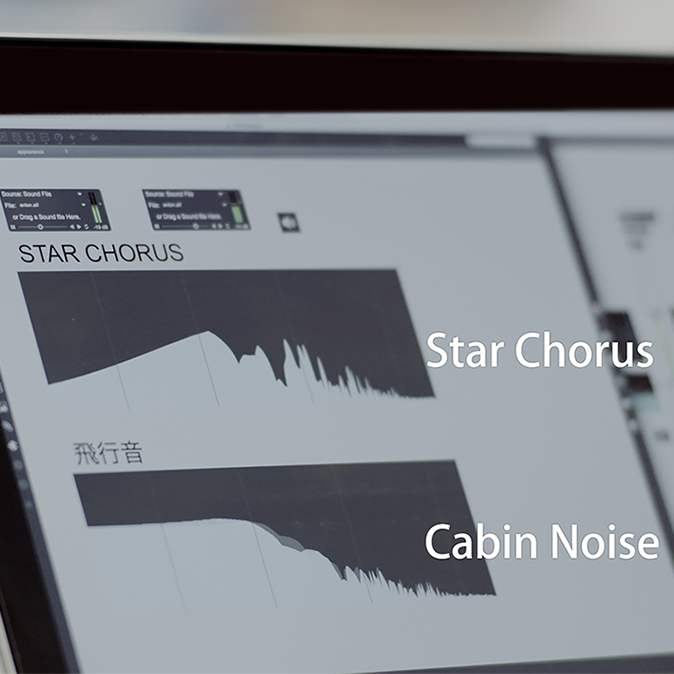 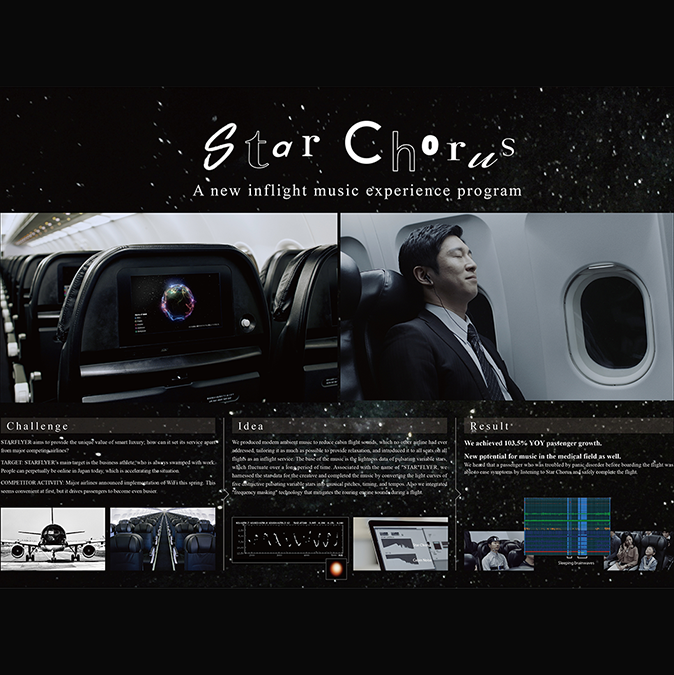 Star Flyer aims to provide the unique value of smart luxury to always-on business athletes. Major airline competitors had announced the roll out of onboard Wi-Fi this spring. This might sound like a convenience at first, but it actually drives passengers to become even busier. How could Star Flyer set its service apart from its major competitors and provide new value by innovating flight time to make it more relaxing?

We produced modern ambient music to reduce cabin sounds, something no other airline had ever addressed, tailoring it to provide relaxation, and introduced it to all seats on all flights as an inflight service. Taking our cue from the airline’s name, Star Flyer, we harnessed star data for the creative. By using sounds created by converting the light curves of pulsating variable stars as a base and integrating frequency masking technology to mitigate roaring engine sounds, we created music that relaxes passengers when they listen to it onboard.

Despite expecting a tough battle as competitors changed their services, we achieved healthy YOY passenger growth of 103.5%. We also learned that listening to Star Chorus helped to ease the symptoms of a passenger who was troubled by panic disorder before boarding the flight, allowing the passenger to arrive at their destination without incident, and hinting at new potential for music in the medical field as well.