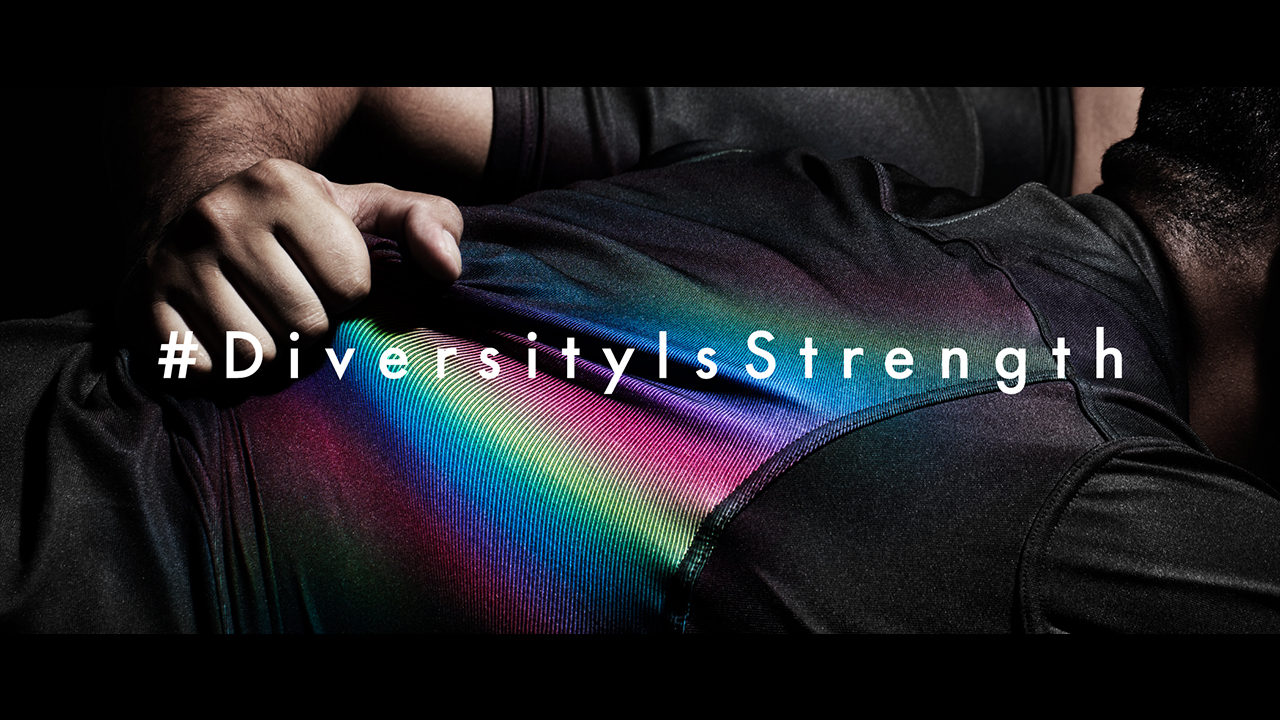 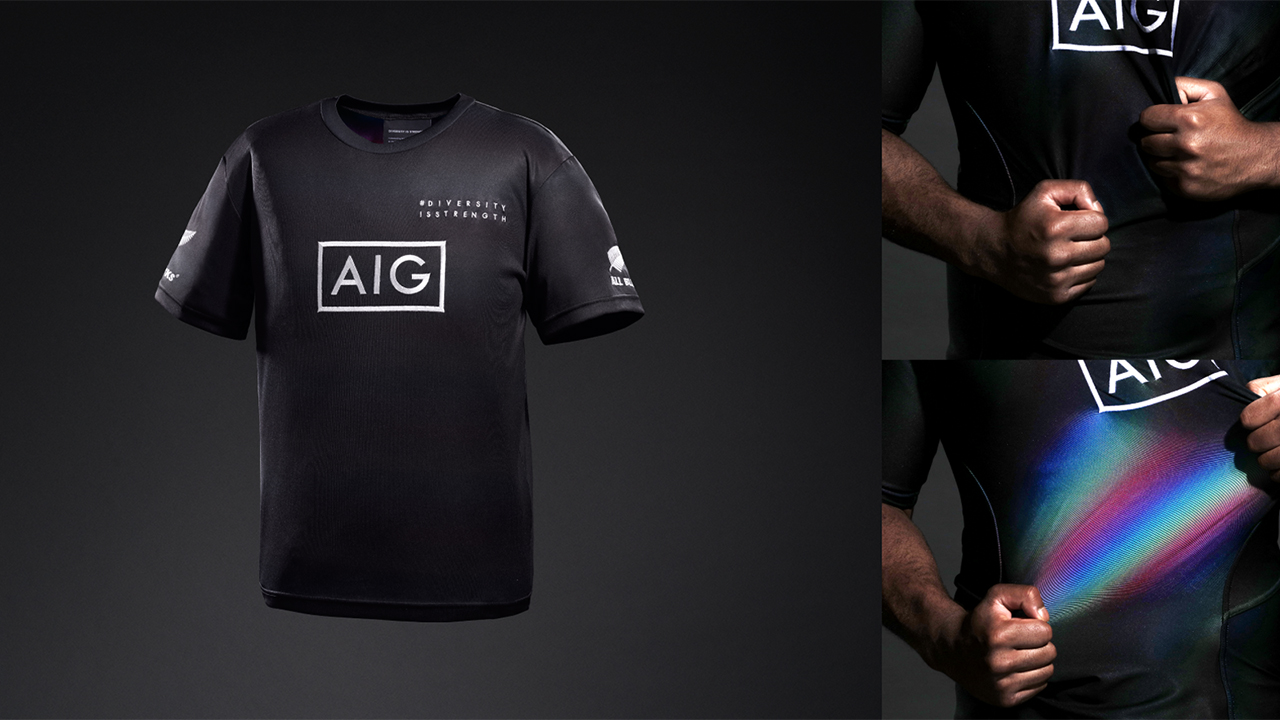 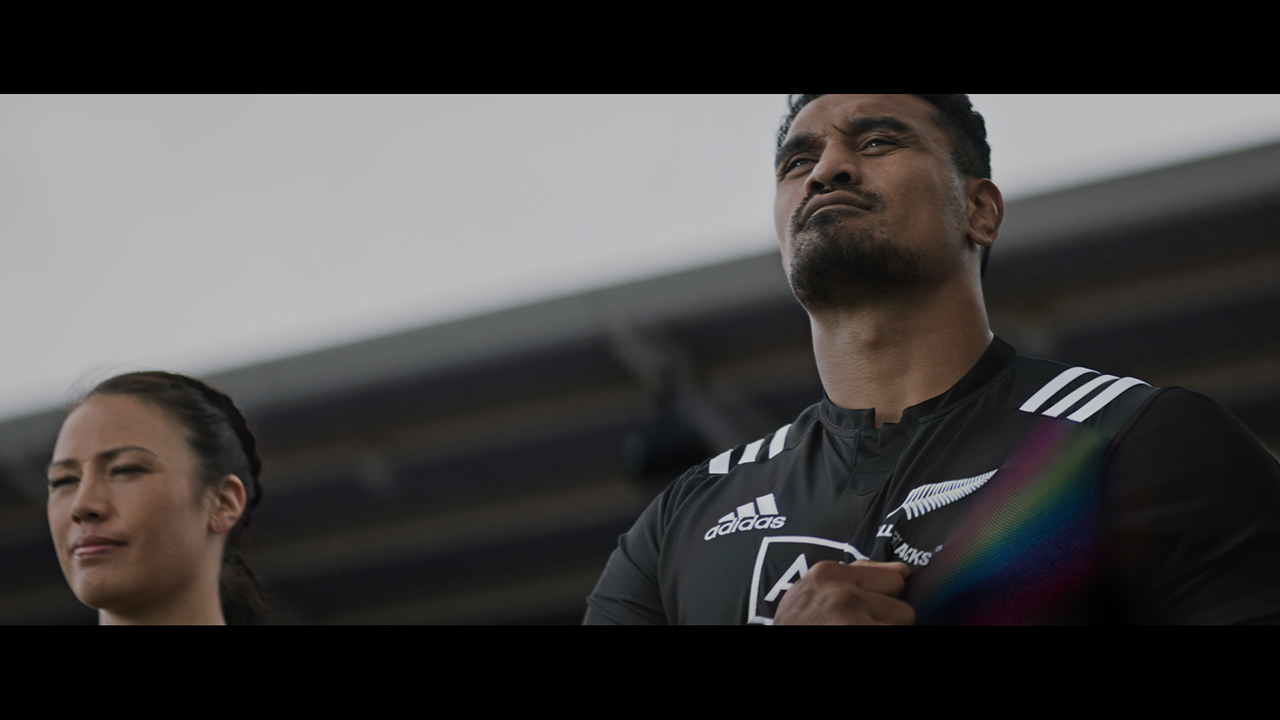 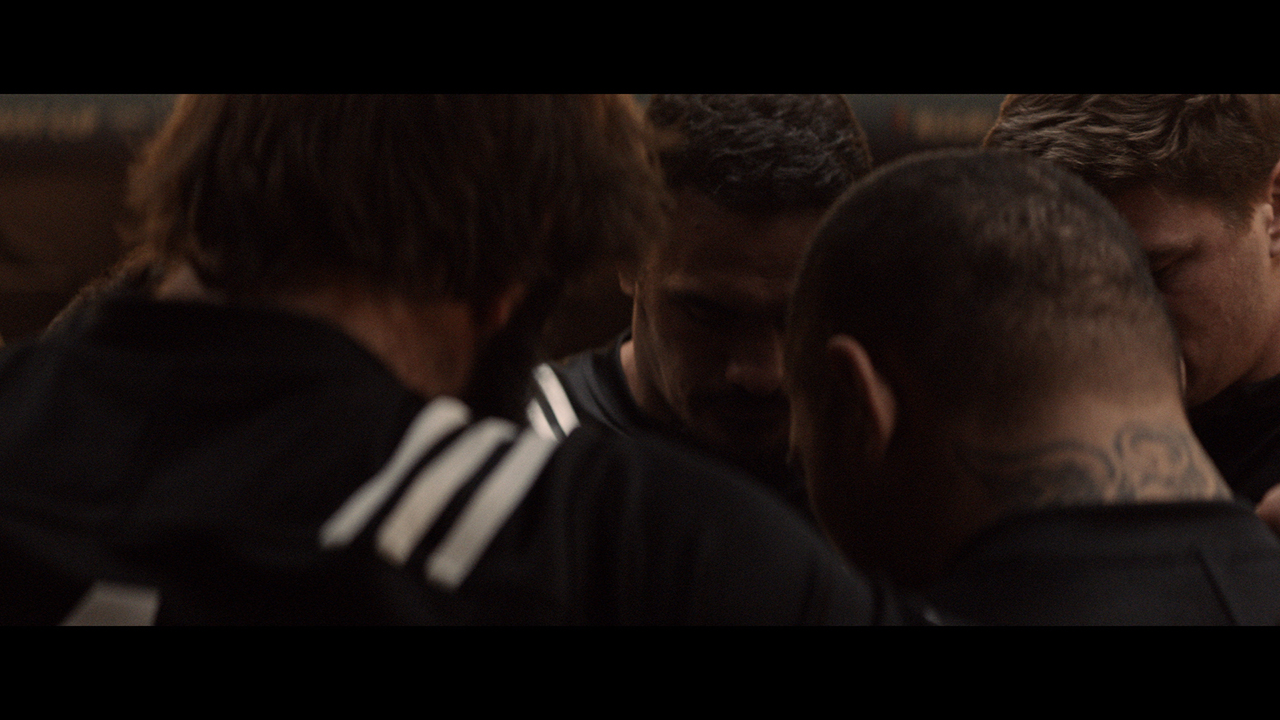 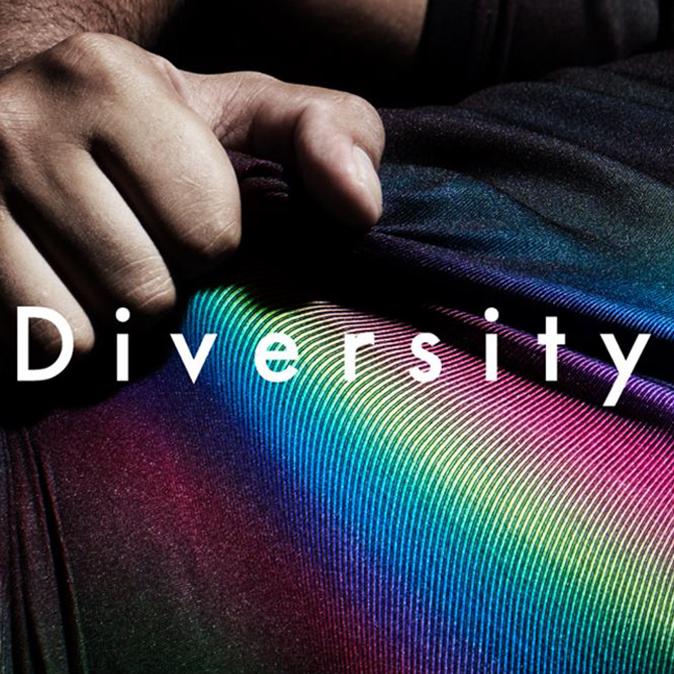 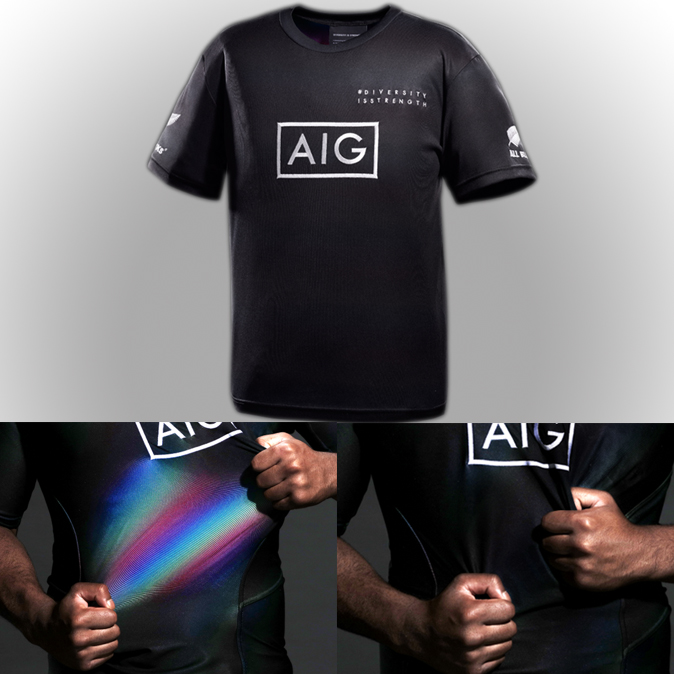 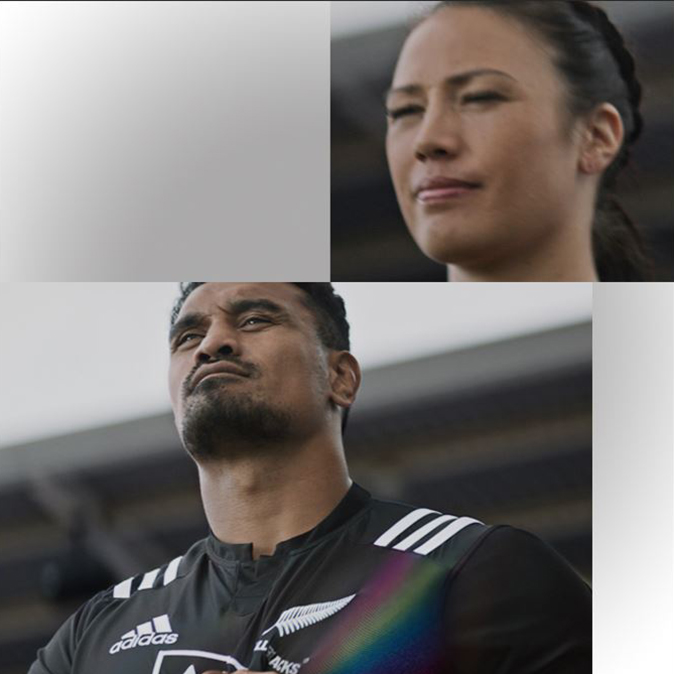 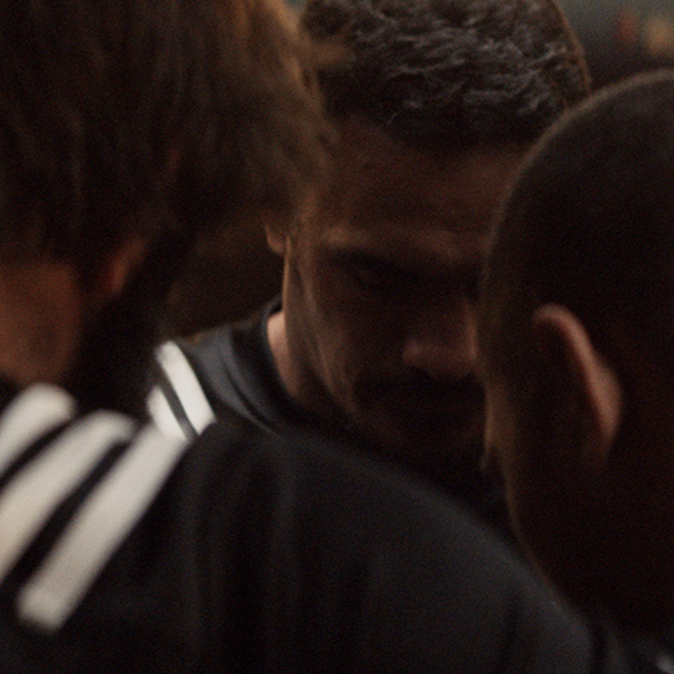 TBWAHAKUHODO has developed “UNITED BLACK FABRIC,” an entirely new kind of fabric that appears black on the surface, but reveals the colors of the rainbow when stretched. The fabric was custom-designed, developed and created by the agency for AIG Japan Holdings (AIG Japan), as a symbol of its “DIVERSITY IS STRENGTH” campaign. The campaign spearheads a large-scale communication campaign being undertaken by AIG Japan to declare its stance against all forms of discrimination and prejudice.

The TBWAHAKUHODO creative team was inspired by the fact that mixing all the colors of the rainbow creates black. A special dying technique was developed in which a fabric that would normally appear black reveals the full spectrum of the rainbow’s colors when stretched. Marking a world first, the “UNITED BLACK FABRIC” was born. A film was created starring players from the All Blacks, the New Zealand men’s national rugby team, and the Black Ferns, the New Zealand women’s national rugby team, to carry this important message about diversity and inclusion.