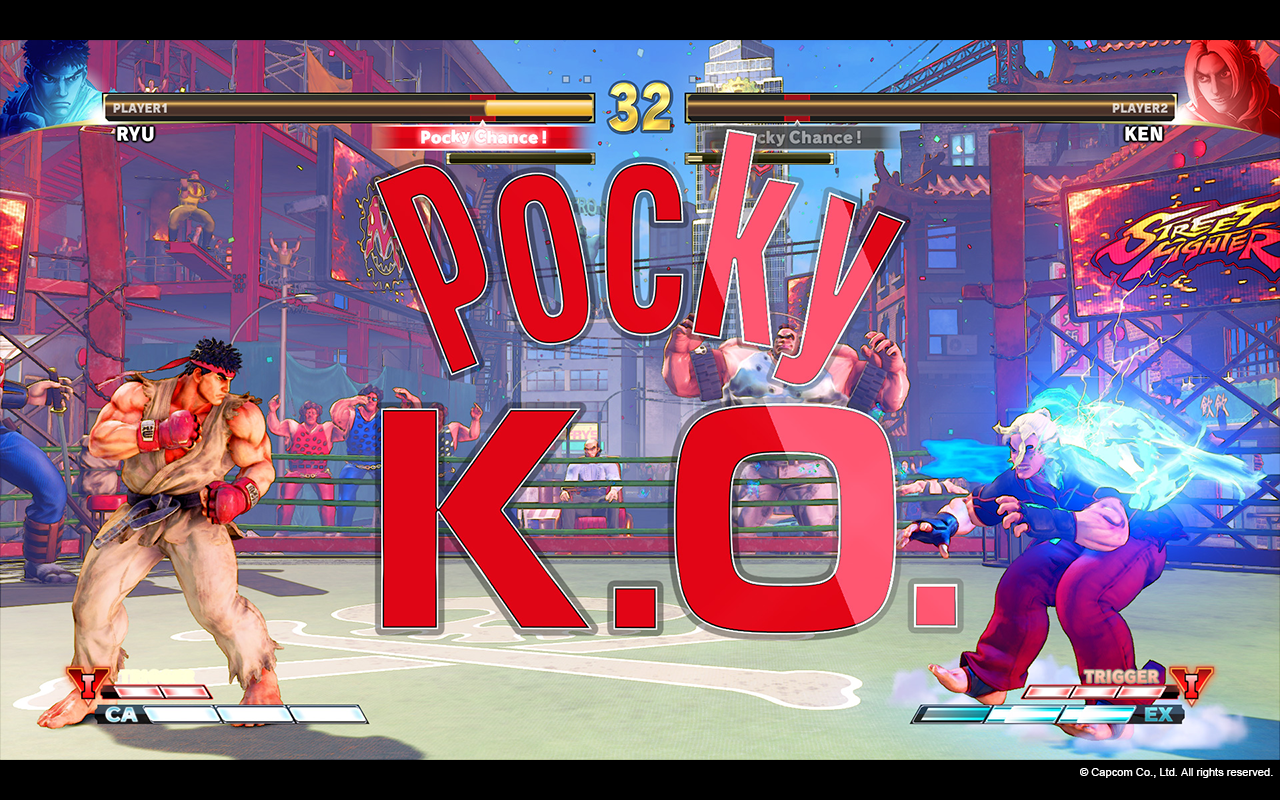 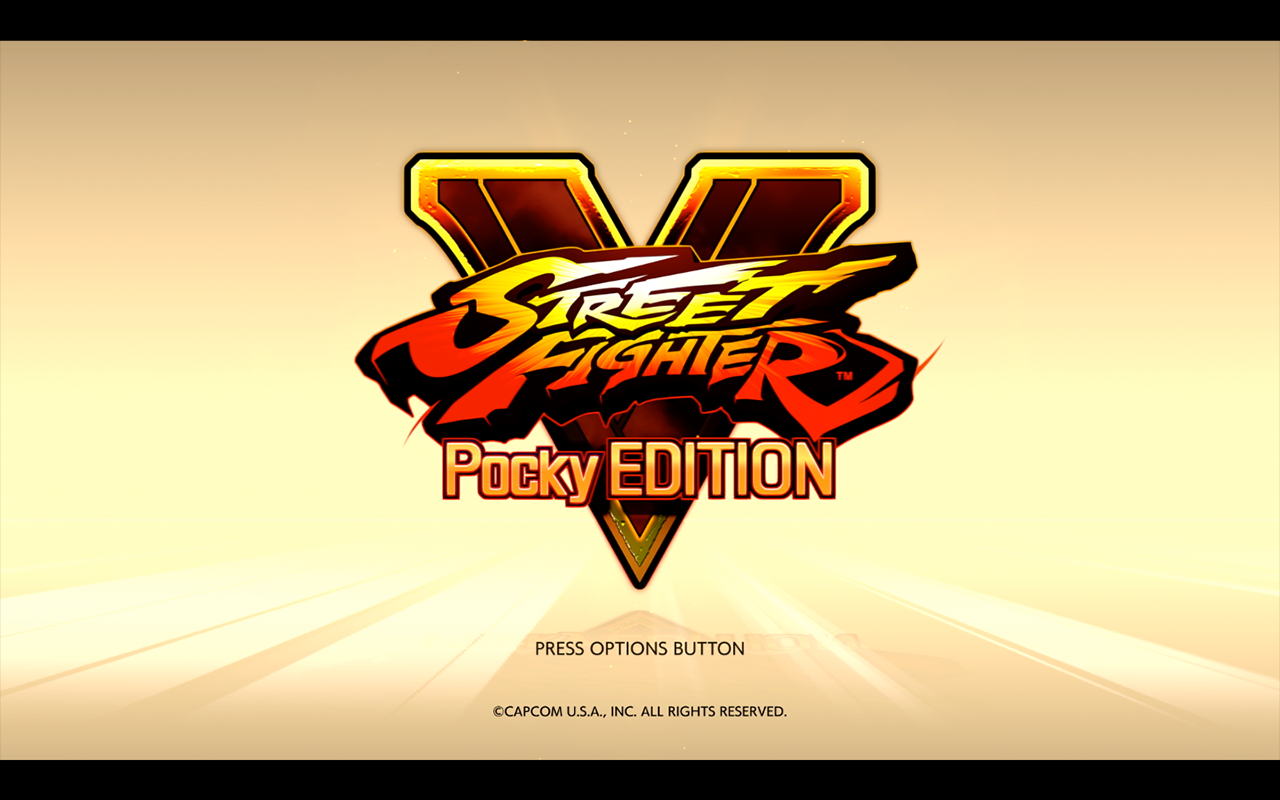 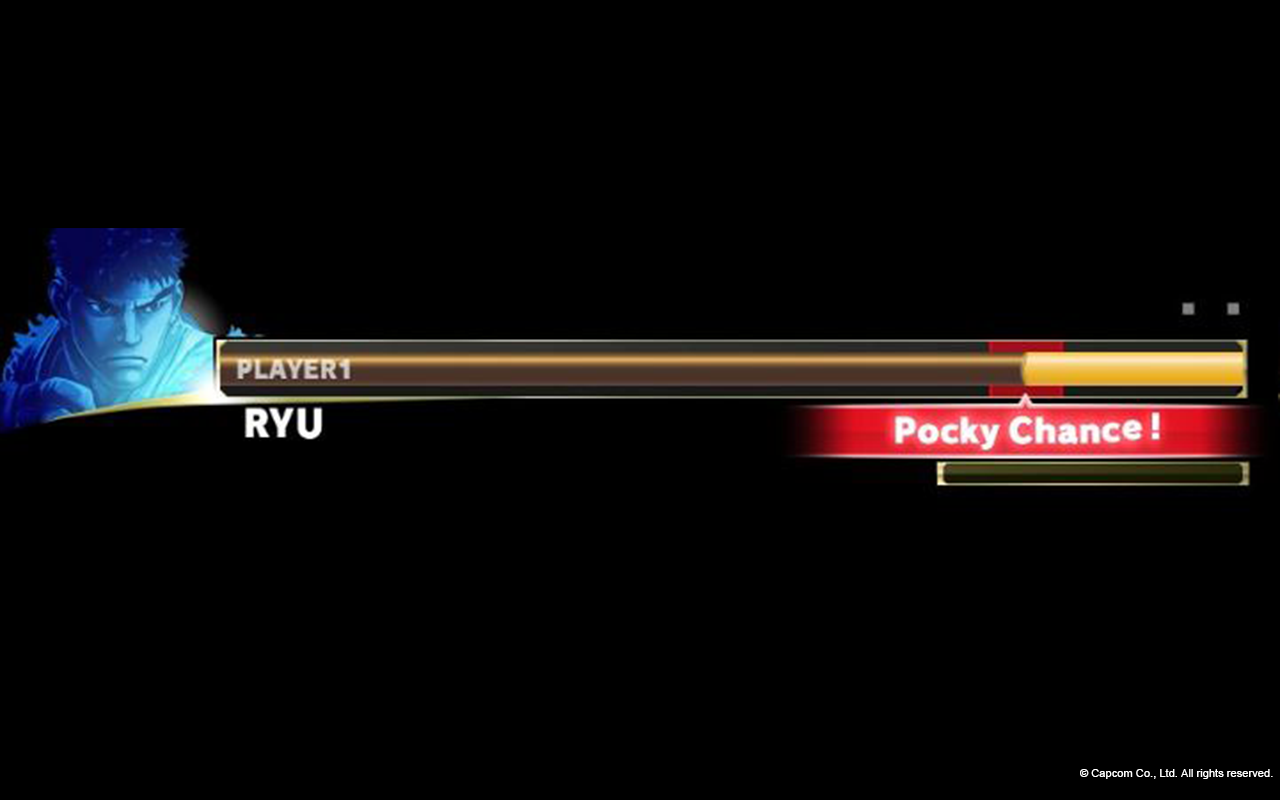 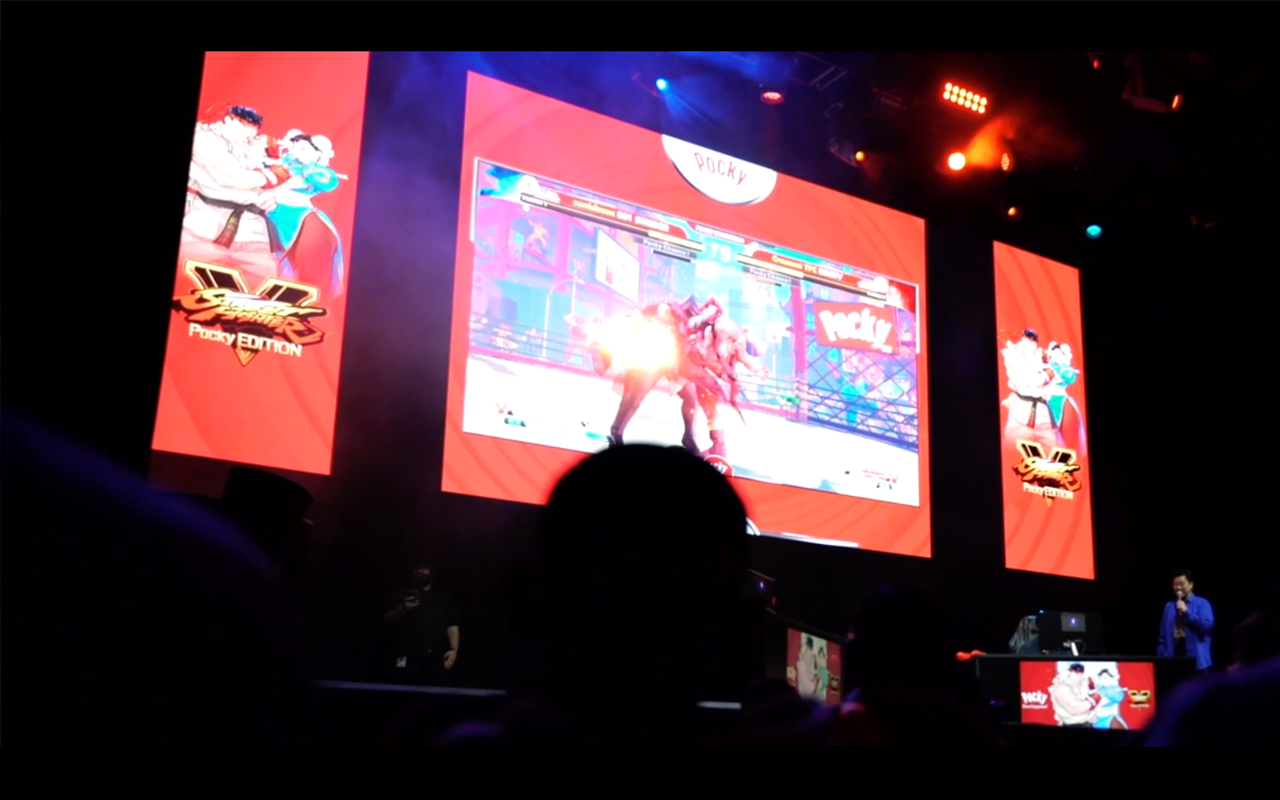 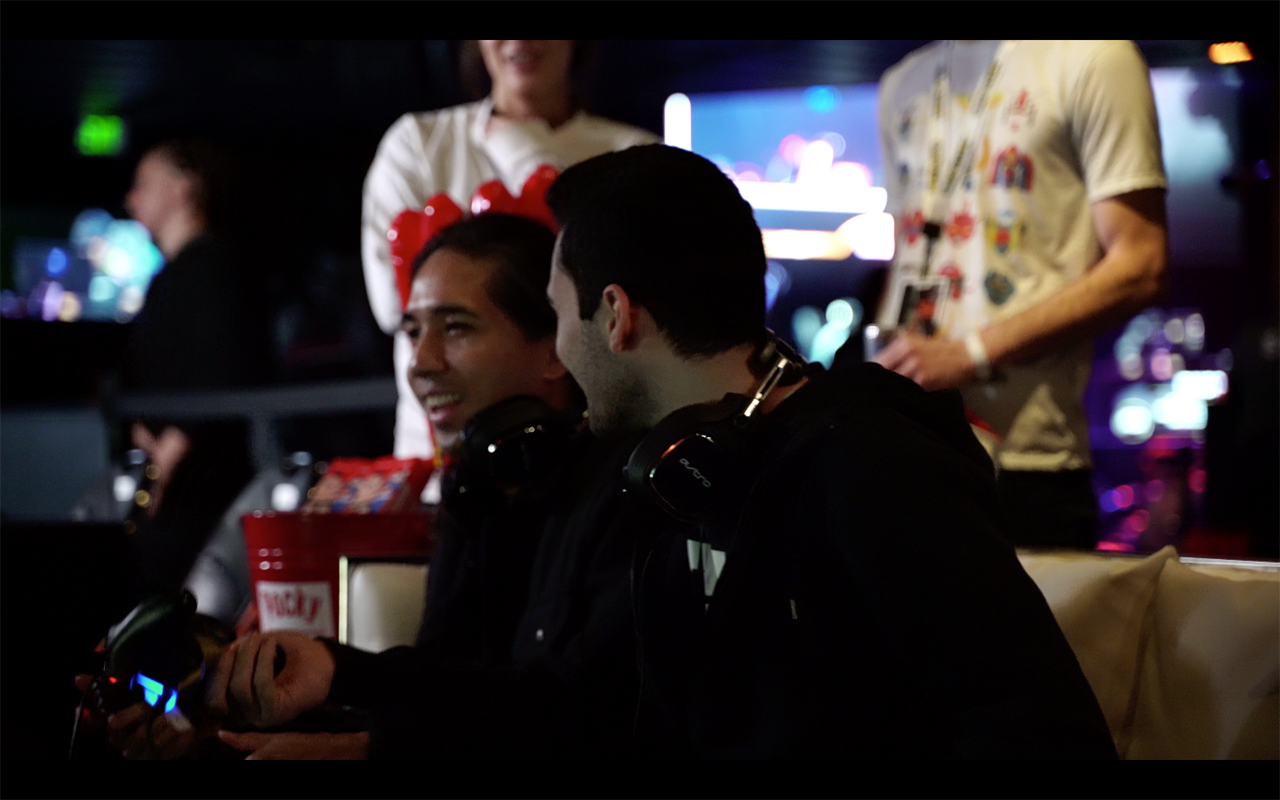 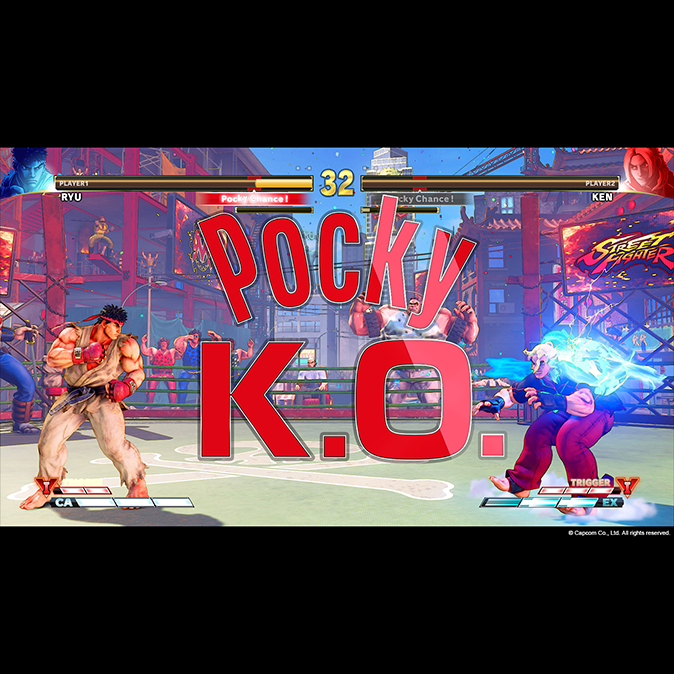 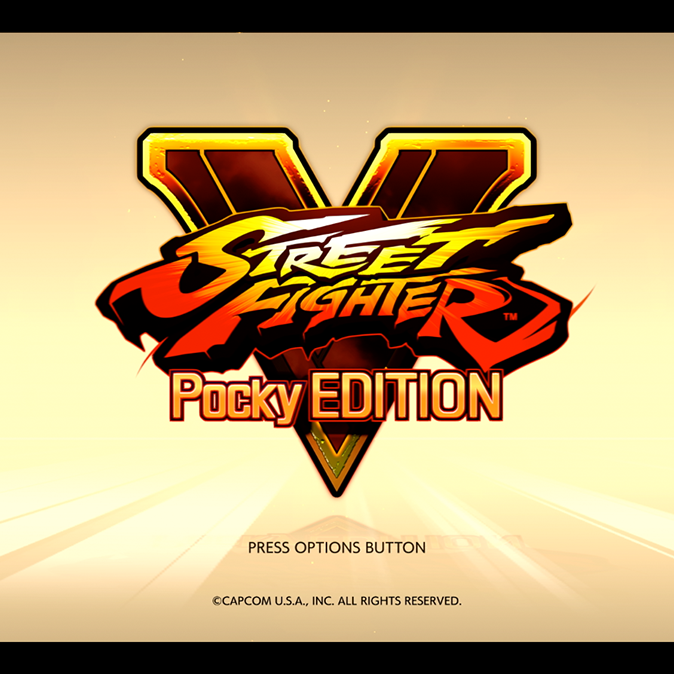 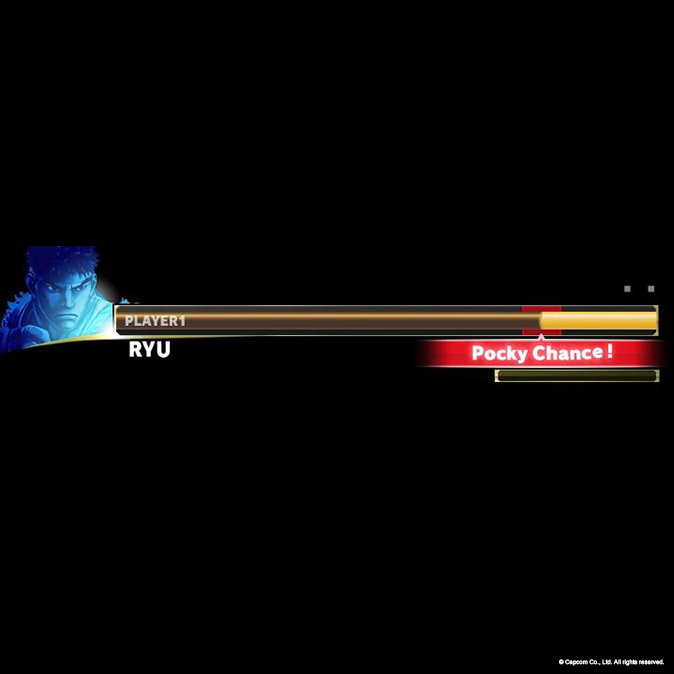 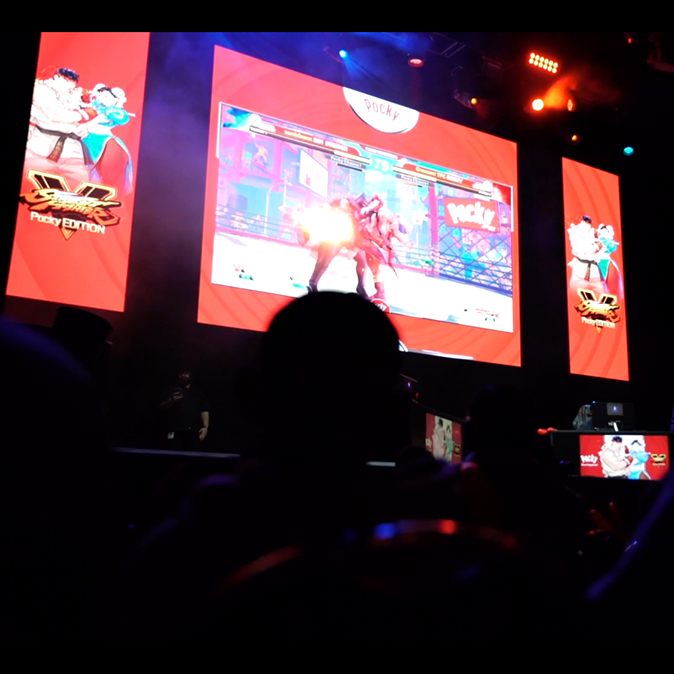 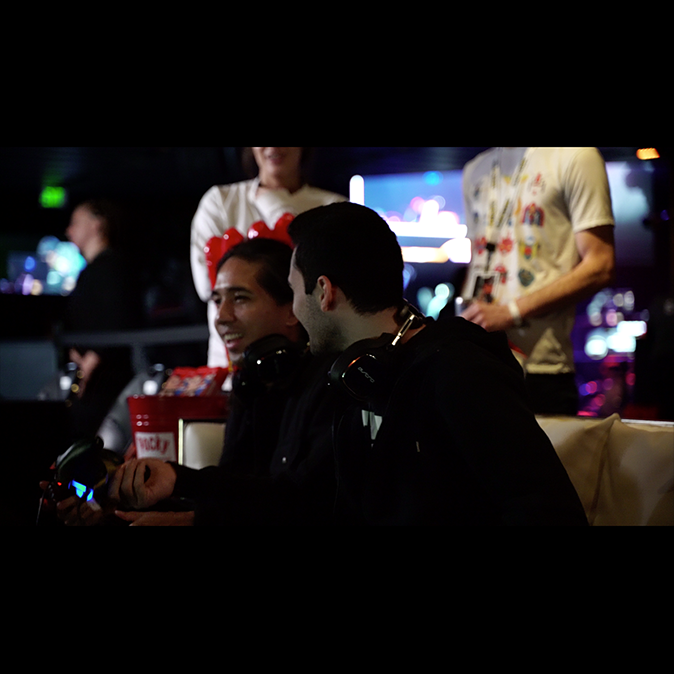 Pocky was already there in the world of games!

We discovered that there is a moment when an in-game health gauge looks just like a Pocky stick. With this as the core idea, we created a new play style for a game genre that requires fighters to pay close attention to their health gauges: the fighting game.

Working with the world’s most-played fighting game, Street Fighter, we created a new way to enjoy the game. The new rule: control your health gauge to match Pocky’s chocolate and biscuit ratio and when it matches perfectly, beat your opponent. That’s a Pocky K.O. We developed and launched Street Fighter V Pocky Edition, which incorporated a special Pocky K.O. user interface into the Street Fighter game.

The game debuted at the Street Fighter World Tournament. Professional gamers played it to celebrate in an exhibition match. The excitement was streamed across the world and went viral. “Now all health bars just look like Pocky to me!” said a participant.

We also held user-interactive events and sold Pocky in limited edition packages, which also contributed to driving up Pocky’s sales.