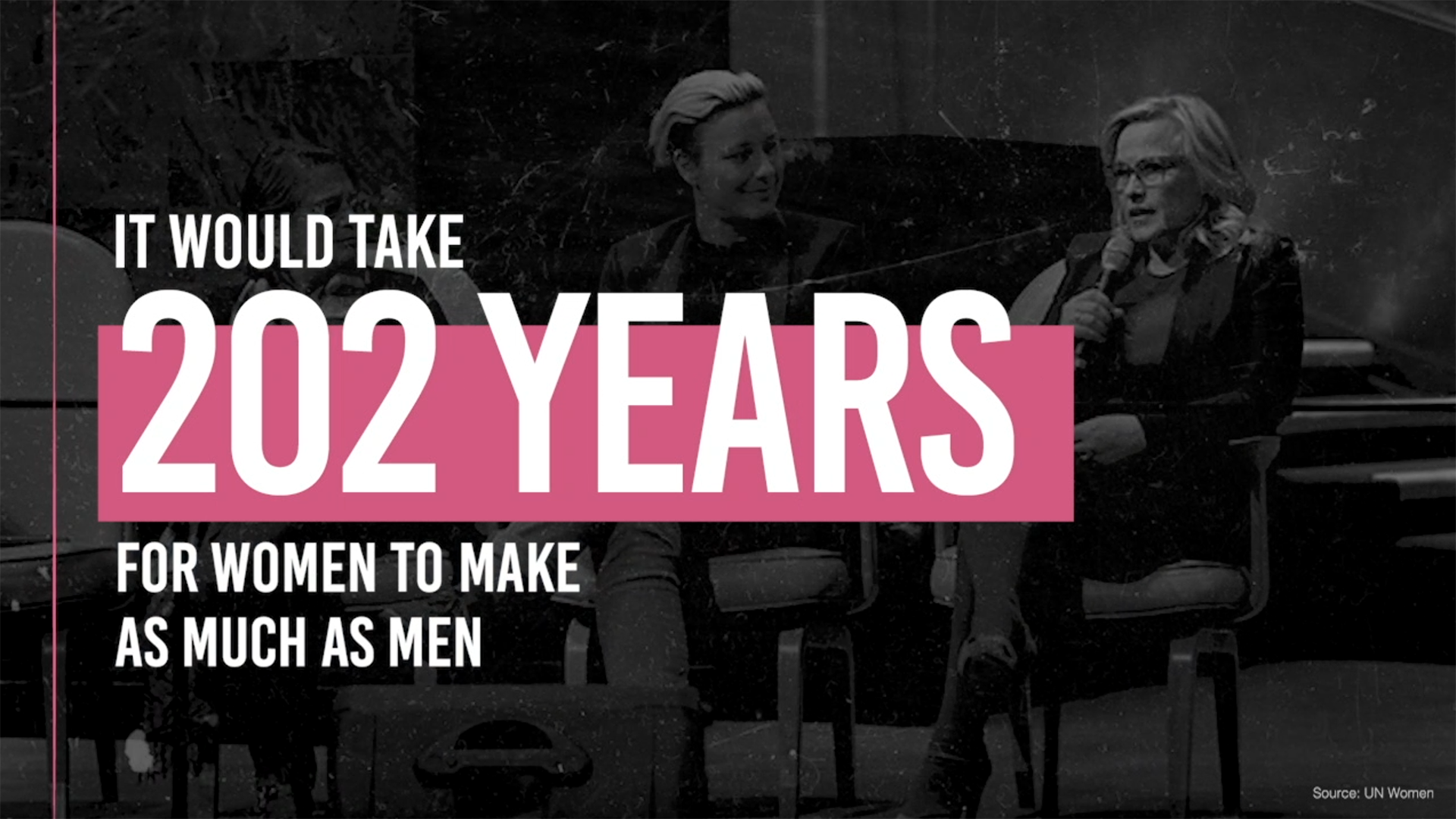 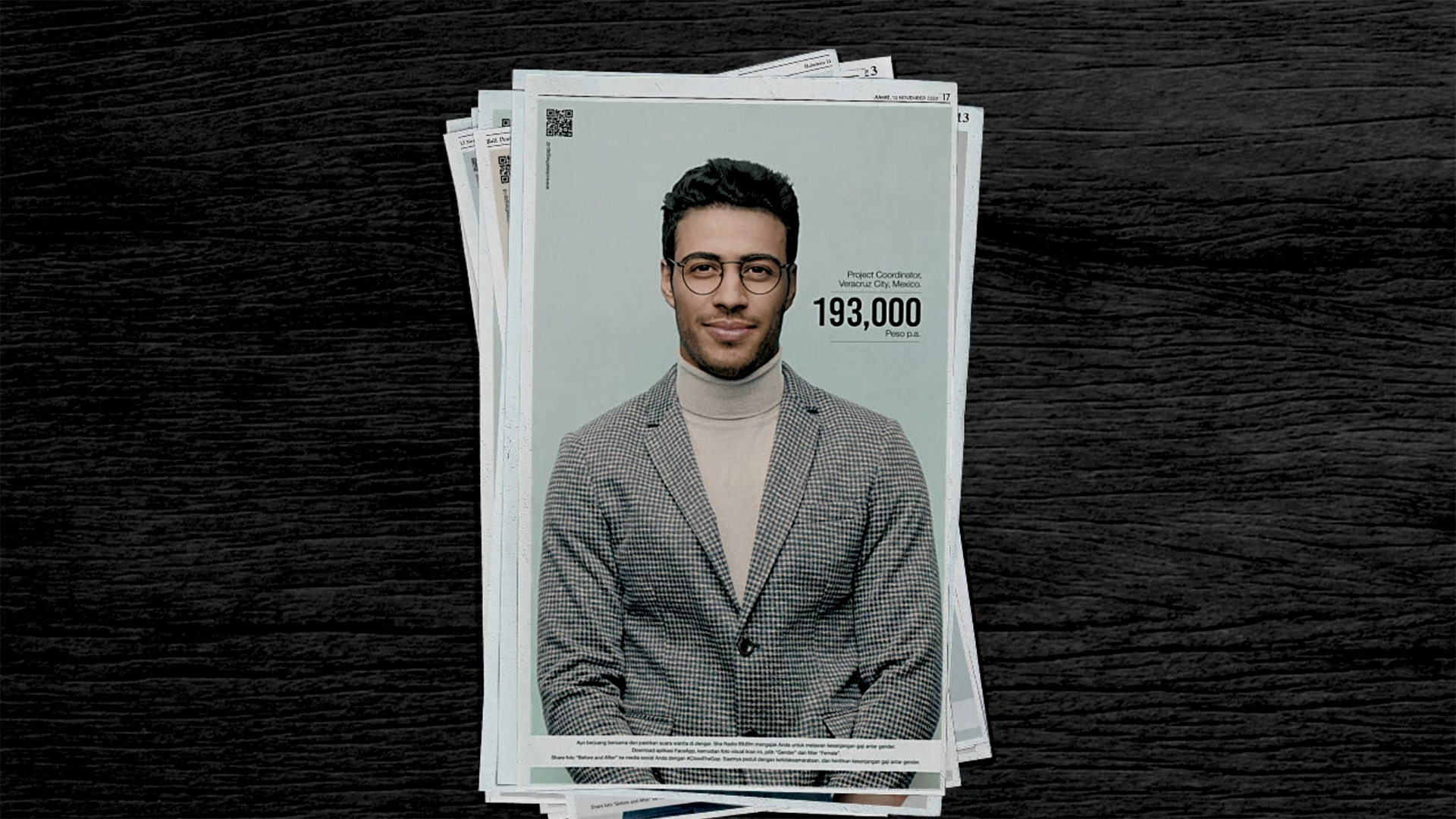 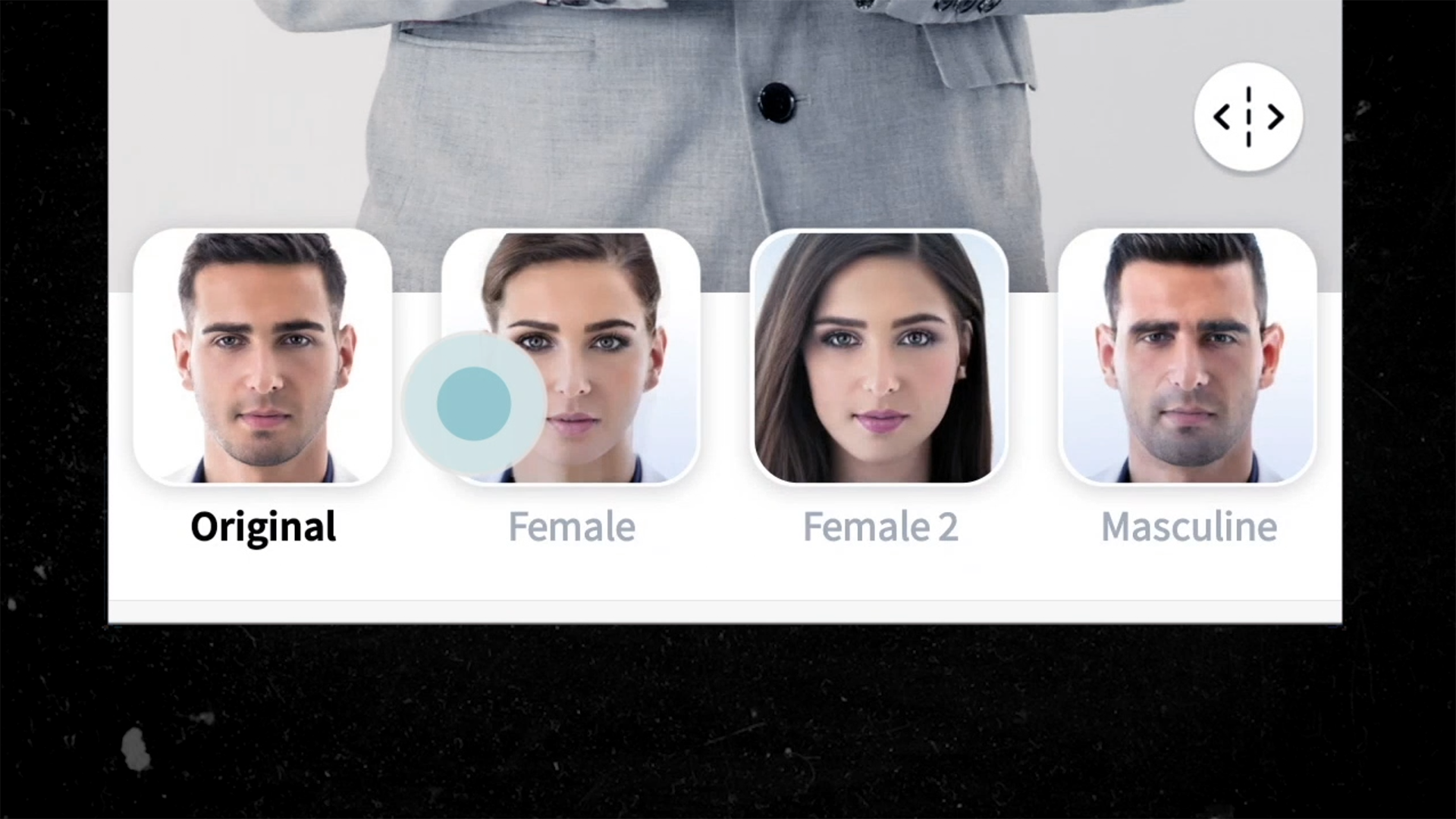 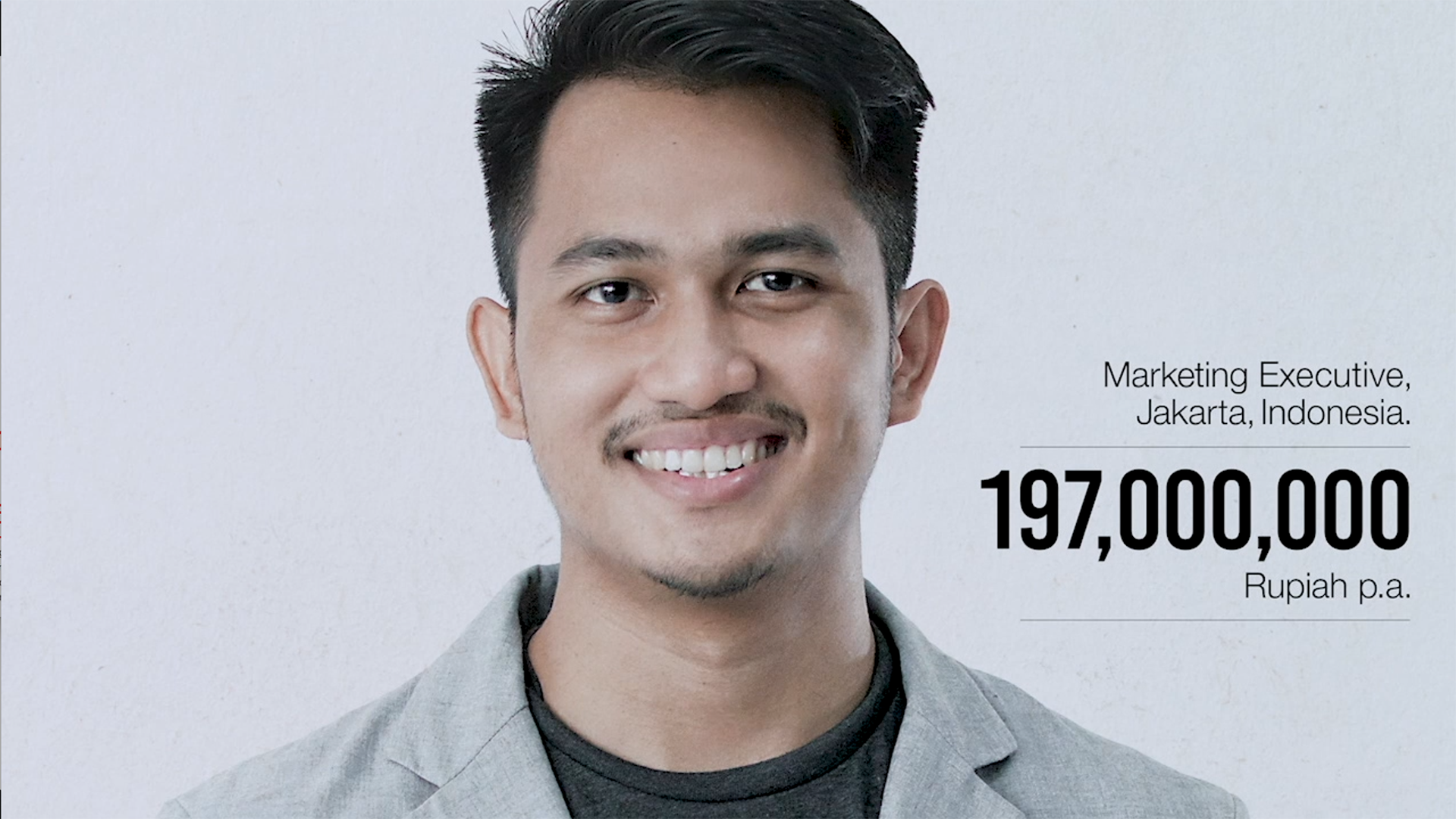 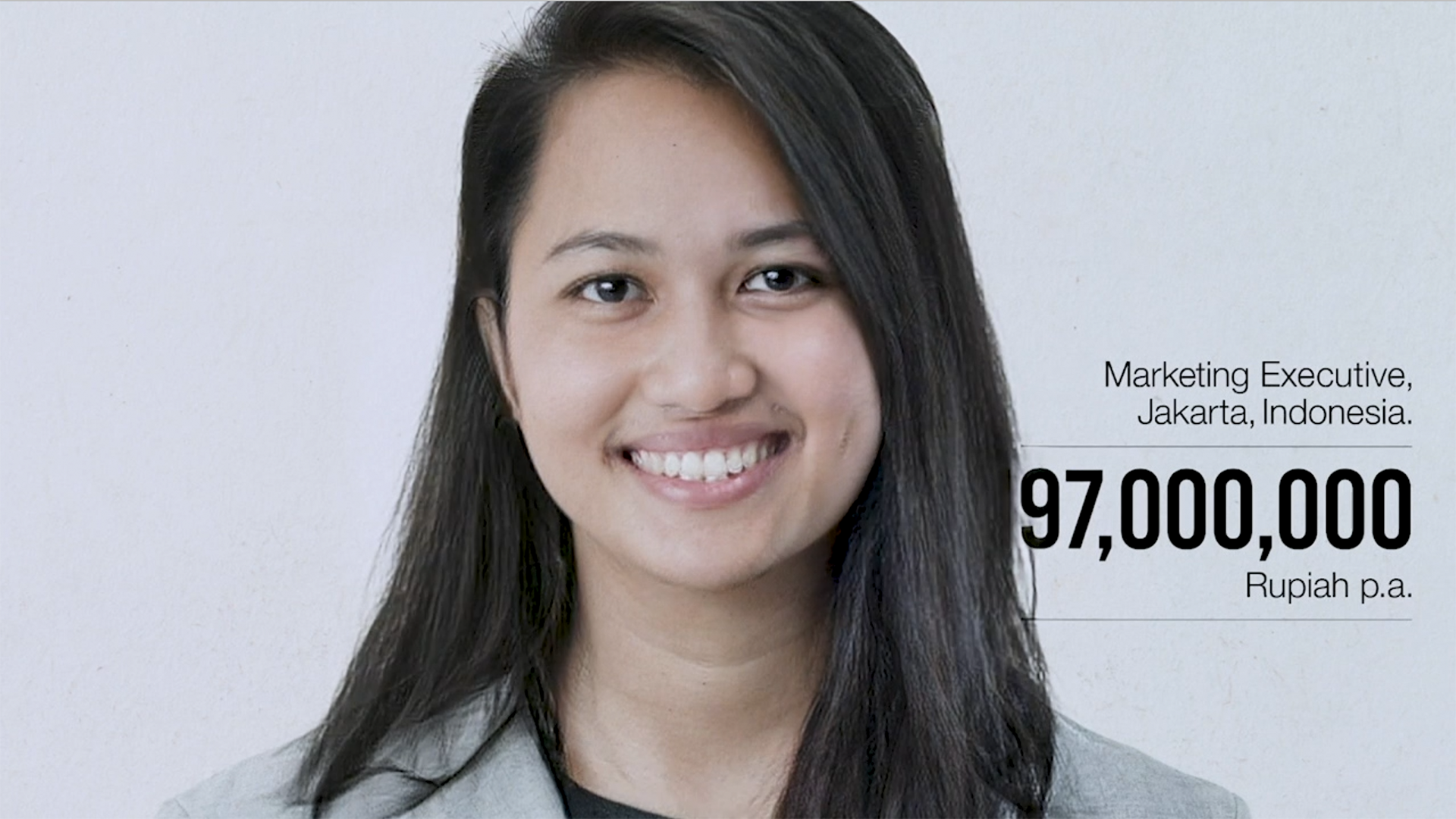 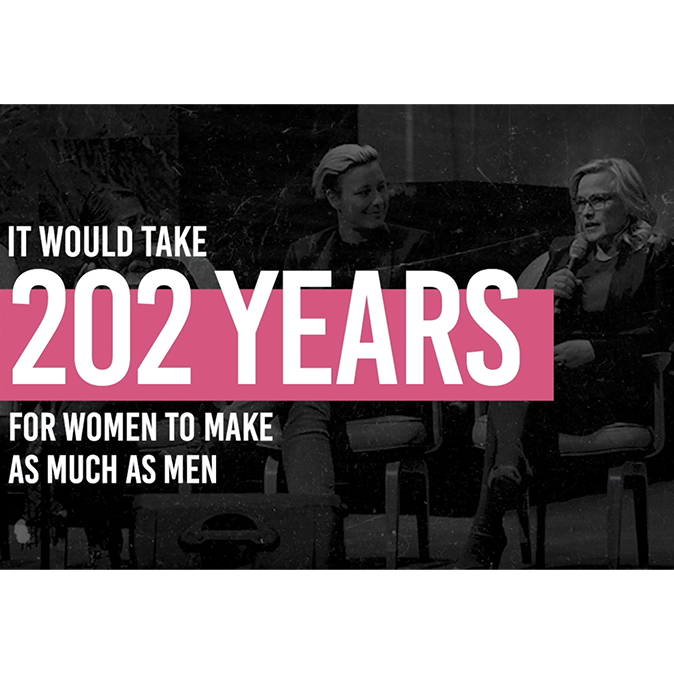 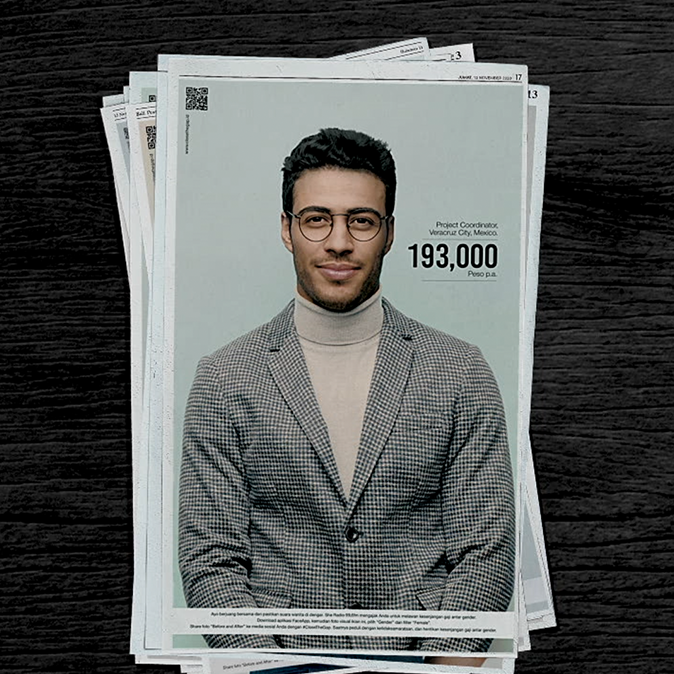 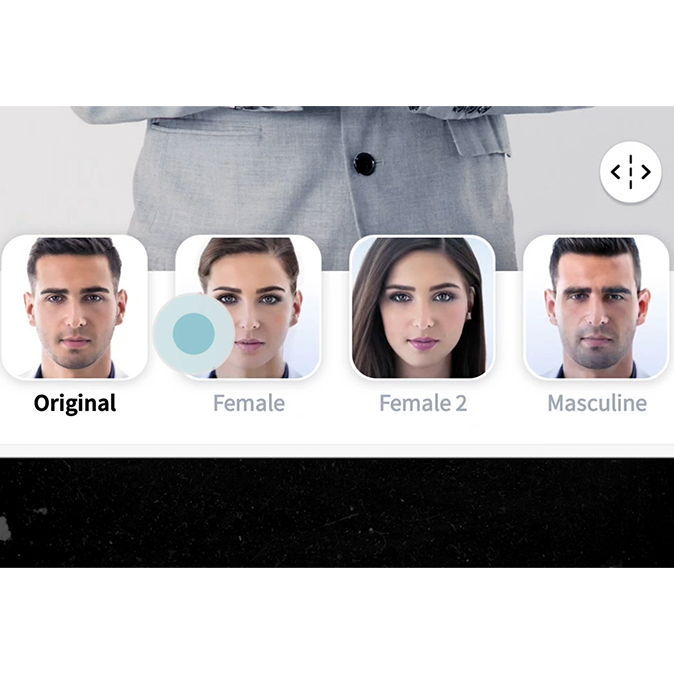 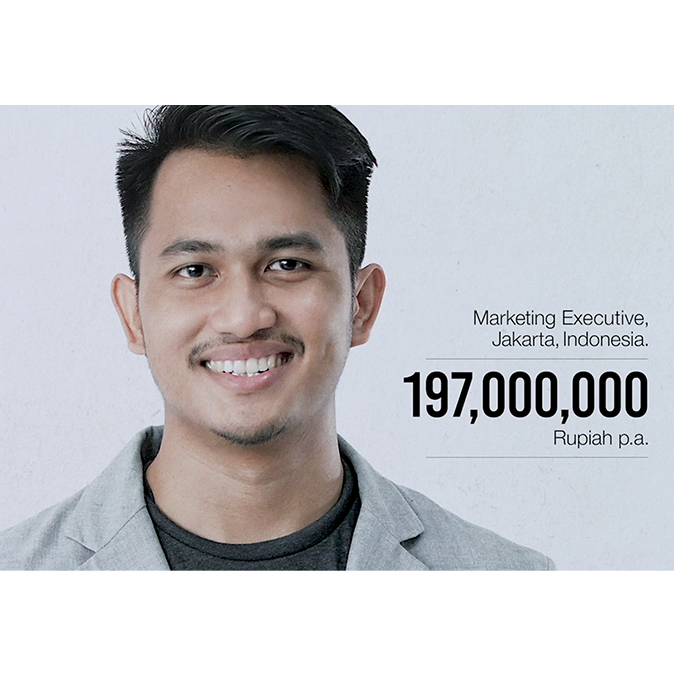 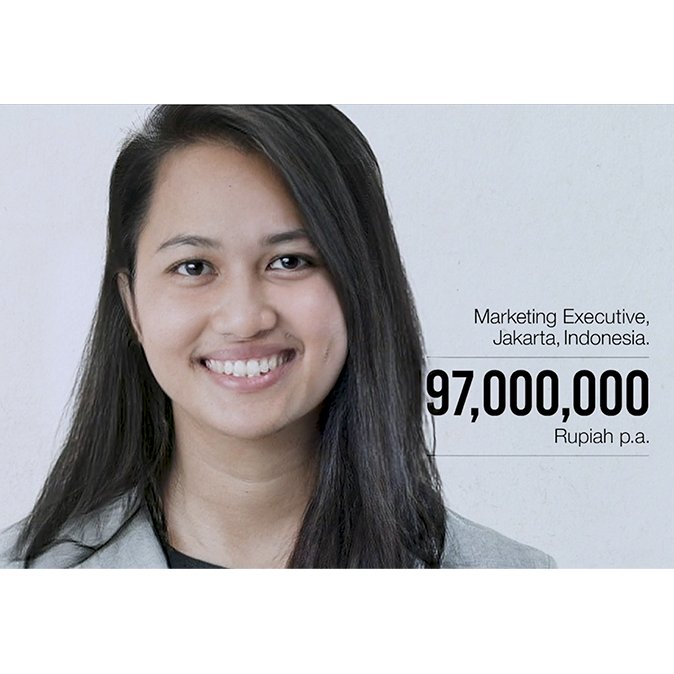 On a global average, women only make 77 cents to every dollar men earn on the same job. Equal pay for equal work? That’s clearly not the case. In the 2017 UN General Assembly, women from all walks of life raised the issue and made their voices heard. Yet the gap remains, and Indonesia is no exception. The pandemic set women back even further.

A series of print ads were rolled out, featuring portraits of men in various cities, with their occupations and annual pay. People were urged to support the campaign, by downloading FaceApp, and taking a photo of the image, choosing Gender, then the Female filter.

A shocking truth was revealed after applying the “Female” filter—The amount of pay had dropped. The gender pay gap could now be seen clearly. This brought instant awareness to the problem and the need to fight against it. Before and after photos were then widely shared on social media to highlight pay inequality.

The campaign was expanded into outdoor and a mobile site, with influencers and celebrities showing solidarity. An online petition gathered a positive response from the public. The cross-platform campaign gained the attention of many, giving women a bigger voice that won’t go unnoticed.