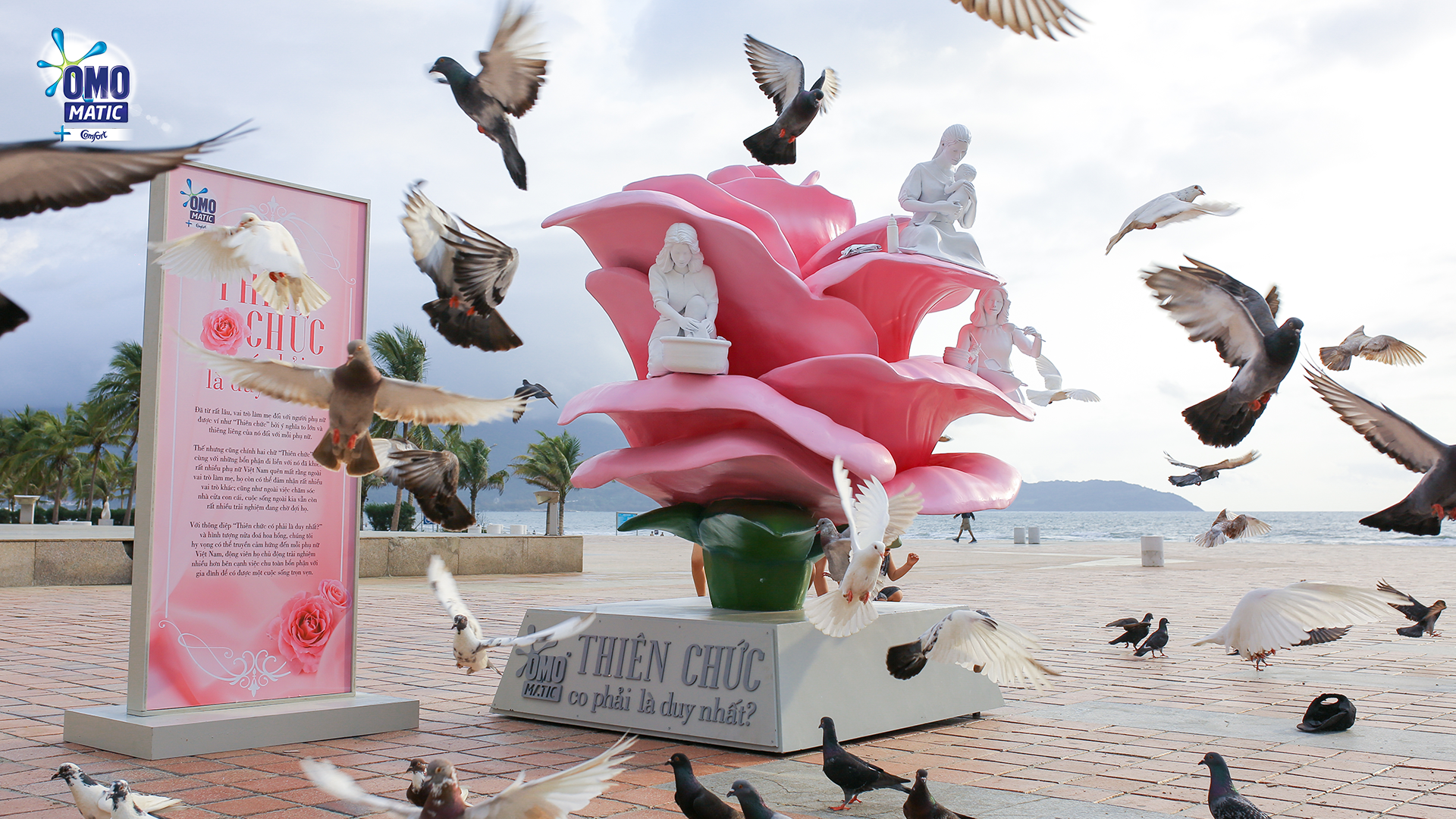 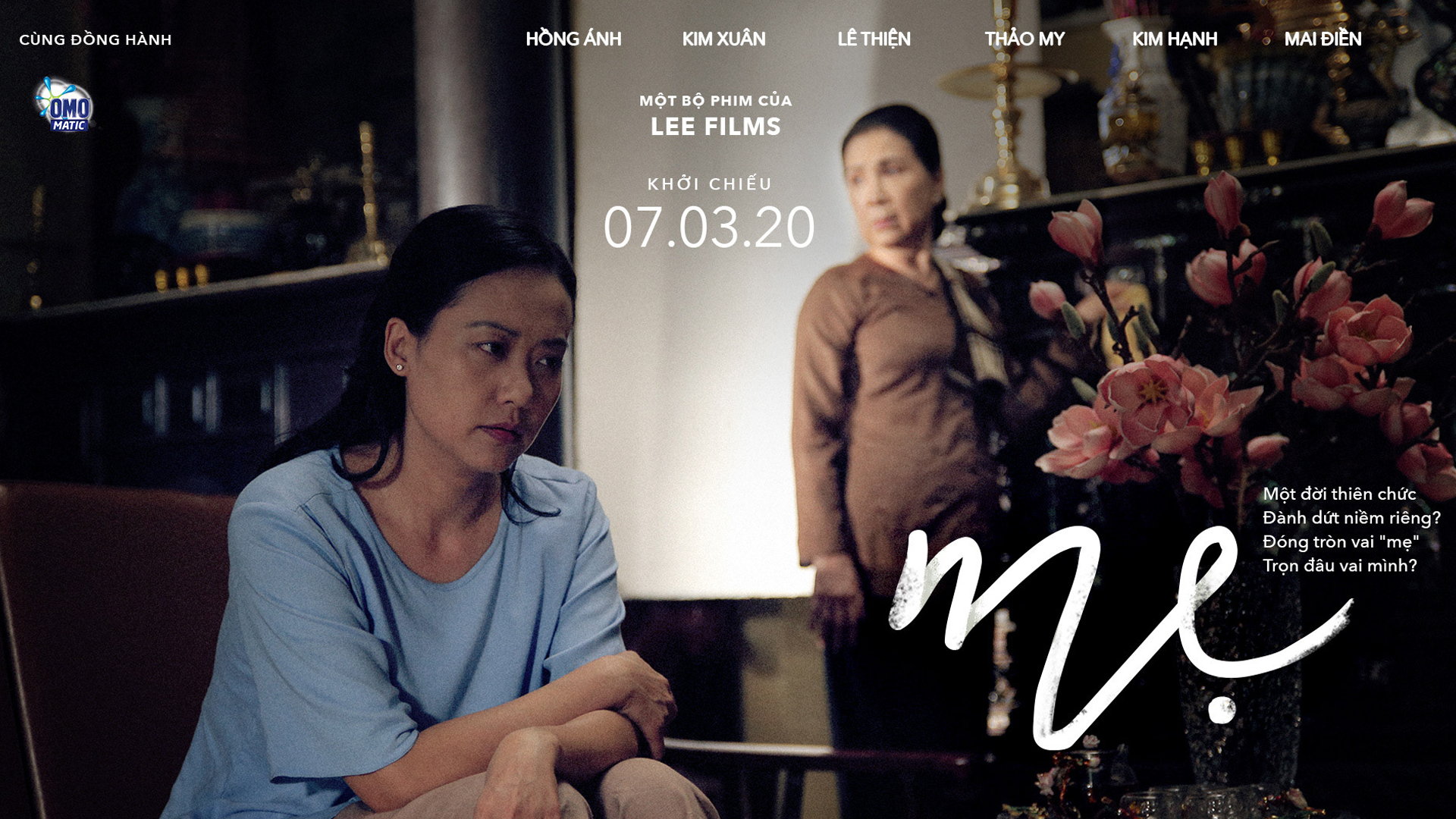 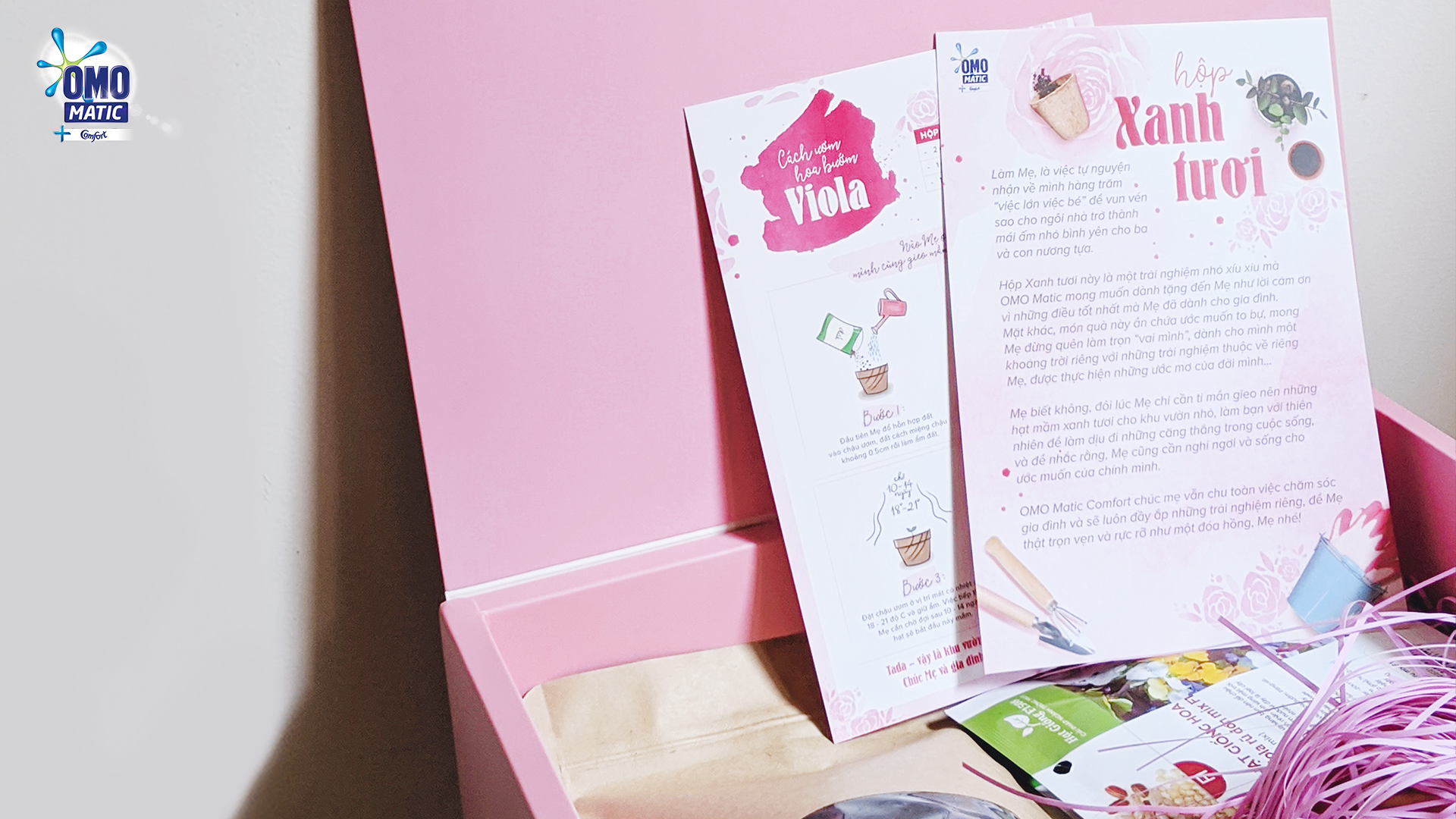 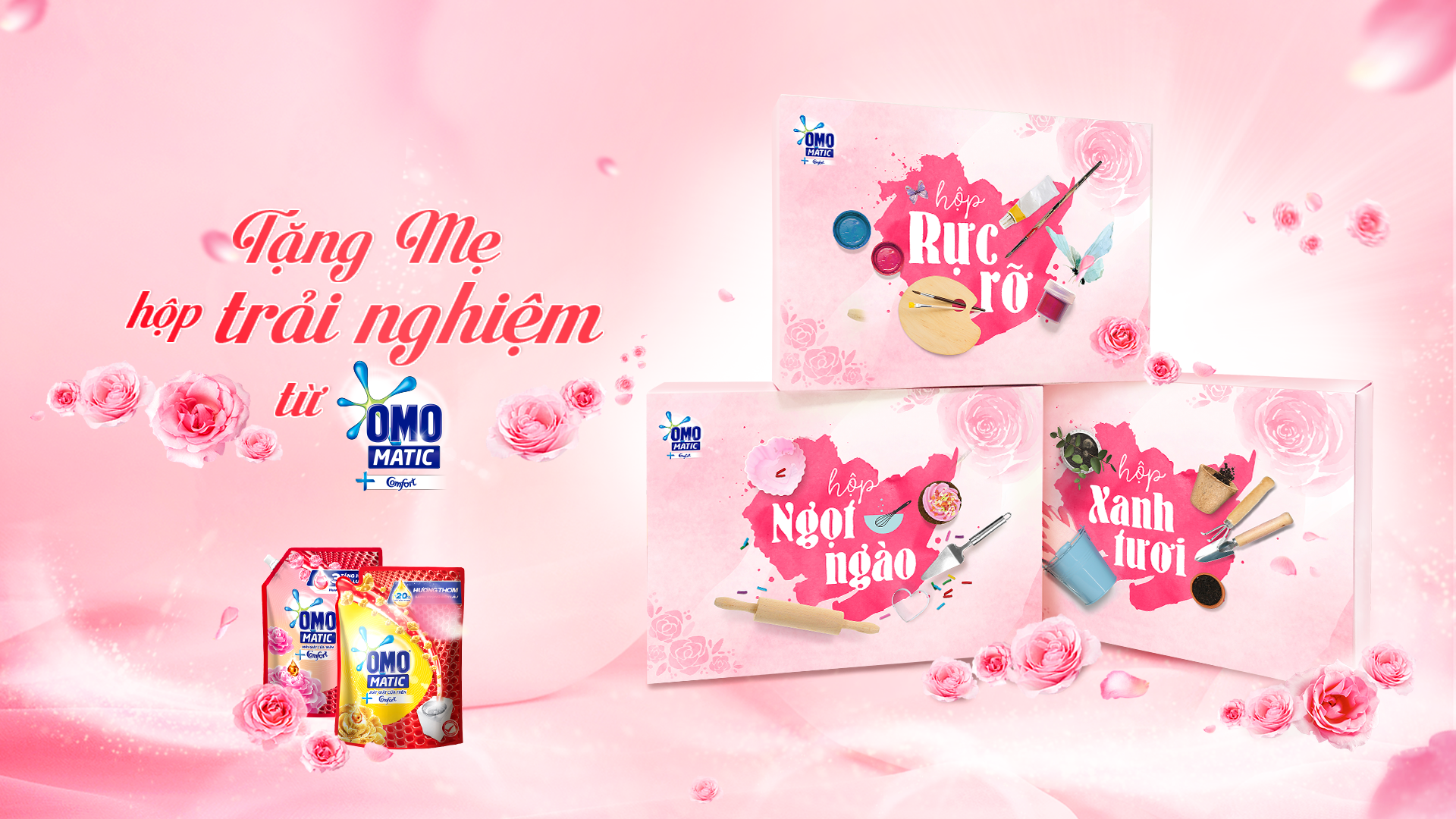 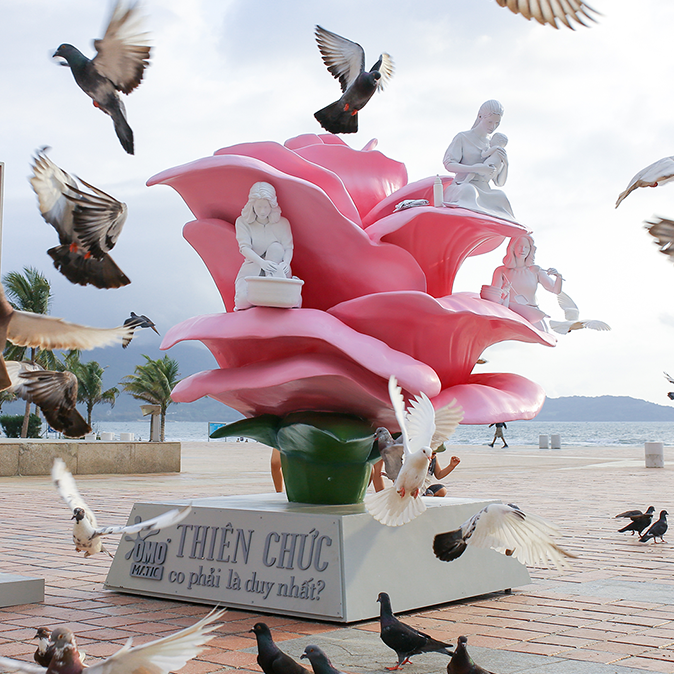 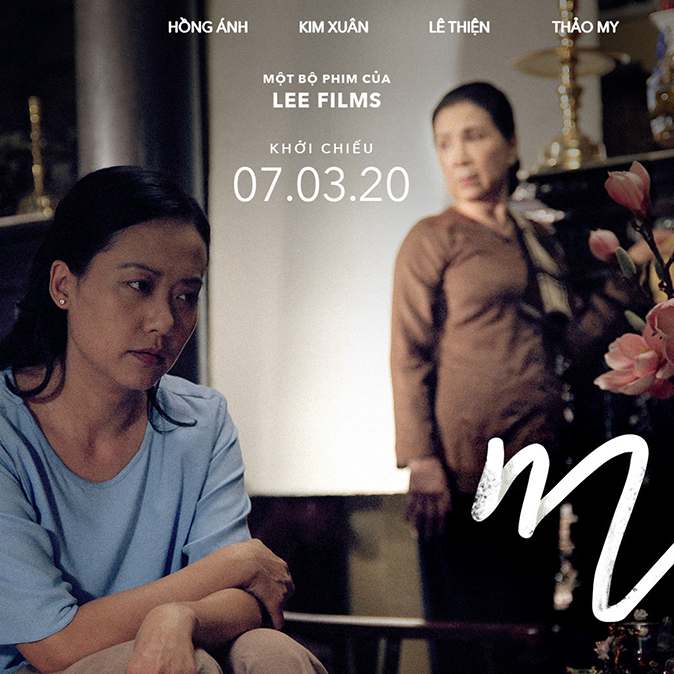 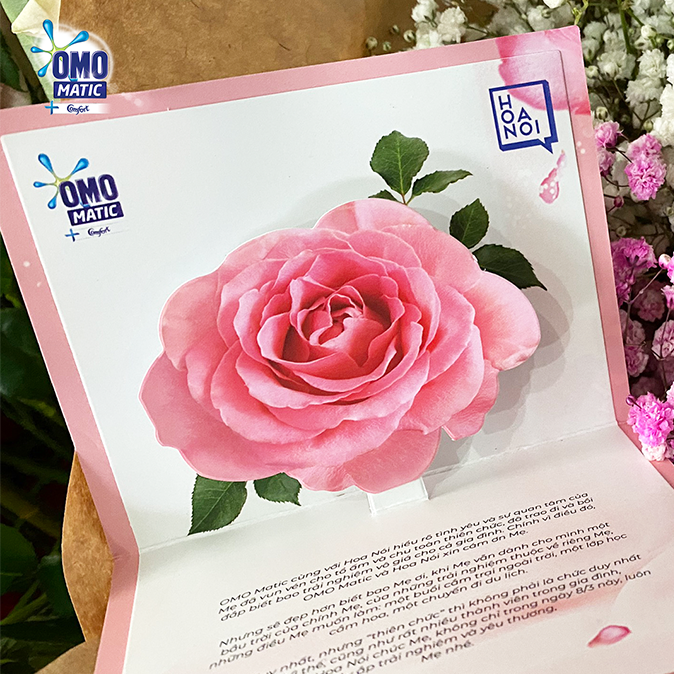 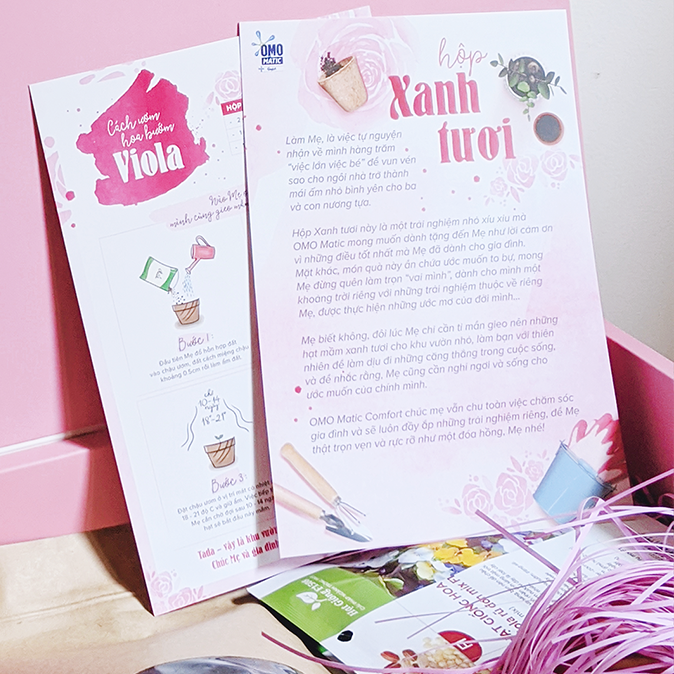 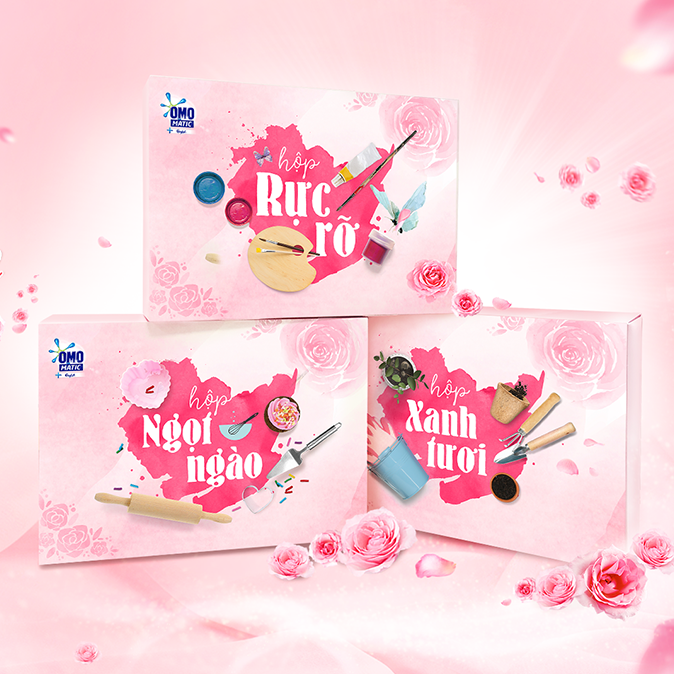 Due to traditional gender norms, most media coverage for International Women’s Day in Vietnam focused on praising women’s sacrifices for their families, indirectly feeding into the narrative that a woman’s most important identity is that of wife and mother. Meanwhile, the Vietnamese fabric care market had become highly competitive with a wide range of products relying on women’s need to prove themselves “the best wife/mother” to drive purchases.

This was the backdrop for the launch of OMO Matic Comfort Rose, a product that aims to lighten women’s load so they can pursue other passions in life. Through this campaign, OMO Matic challenged both its category competitors and a well-established PR narrative.

The key message, “Don’t let mom be just… mom,” was translated into the symbol of a half rose, indicating that the role of mom accounts for only half a life for women.

The symbol was introduced as an observation, from men’s point of view, pondering the burden on Vietnamese women of being a mother. This conversation inspired many influential women to share their stories.

As International Women’s Day (March 8) approached, social discussion peaked and was elevated into a nationwide movement. Enter the campaign’s centerpiece—a half-rose sculpture named “Thiên Chức” (God-Given Role), posing a question: should mom’s role be her only role? The sculpture was taken on a journey across Vietnam before arriving at a press conference/film premiere event.

The next big drop of the campaign was a short film produced by an all-woman crew titled simply “Mom.” Its impact was thoroughly discussed on social media, from the script to the cast and their performances.

From there, various branded actions followed to boost engagement and real-life impact:

– Collaboration with florists on special “Motherhood” bouquets in celebration of March 8 to remind family members to help moms live their passions.

– Contribution of 5.000 VND per product purchase towards the UN Fund for Gender Equality.