Takumi Sekiya, activation planner at TBWA\HAKUHODO on the importance of real-life experience, his commitment to sales and expanding creativity, writes LBB’s Zoe Antonov 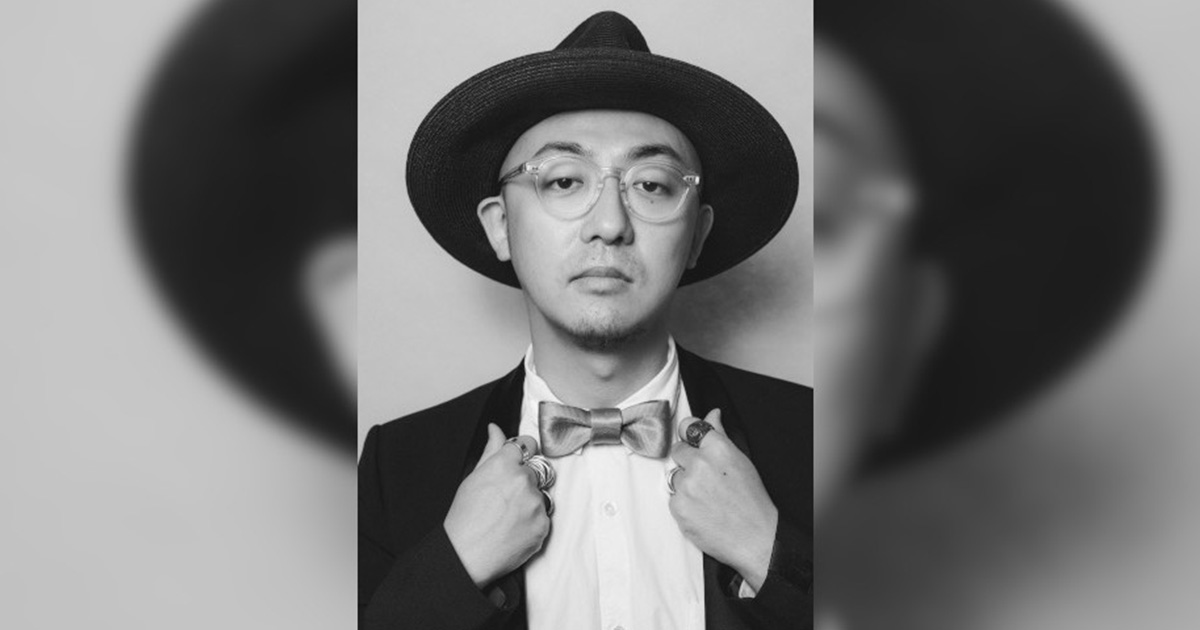 “I was always watching TV!” says Takumi Sekiya, activation planner at TBWA\HAKUHODO when he looks back at his childhood. Although he claims to have enjoyed commercials and gathering knowledge from watching television, he didn’t have the slightest inkling that he would end up in his current career. Enjoying TV and ads is one thing, but relating to them and being able to imagine the world they thrive in is a whole other – “I lived in the country[side], so the glitzy world I saw on TV and in commercials felt like a world apart of my own.”

Besides watching a lot of TV, Takumi spent a lot of time practicing martial arts, specifically Japanese archery, also known as Kyūdō. “It’s actually the complete opposite of any sort of creative work,” says Takumi. Instead of generating ideas and constantly being on the move, that type of martial art is defined by the degree to which you practice. “I even won the All Japan Kyudo Championship as a junior in high school!”

When it comes to his background and how it affects his work, Takumi shares that his brother, two years younger than himself, has Down’s syndrome. He explains how this affected him growing up: “He is not able to speak and can’t go out alone. I think, since I had lots of people with disabilities around me, I understand better how people from minorities feel.” What this has given him in a creative aspect, is the urge to do work that ultimately changes perceptions of people with disabilities. Described by others as extroverted, but internally an introvert, Takumi admits to struggle with confidence even though people around him expect the opposite – ‘I often wait anxiously for results!’

Later in life Takumi joined Tohoku University, where he got a Master’s degree in Architecture. “I think the process of coming up with ideas and designing buildings that address issues is useful in my current line of work.” Not only did architecture help to hone his craft currently, but he also had the fortune to meet his mentor, who ‘taught [him] to travel even if it means borrowing money to do so.’ “Whatever it is, you won’t understand it if you don’t see it and experience it for yourself. Your ideas will be empty if you don’t have actual experience.” This is why Takumi aims to experience the world far and wide, as much as possible – not only beyond the borders of Japan, but also putting in effort to understand pop culture within, be it fashion, design, manga. “In fact, I have made several proposals in my work based solely on my experiences.”

He ended up joining HAKUHODO straight out of university. Prior to that, during his years at Tohoku University, Takumi did an internship at a TV production company as an assistant-director. “There I was able to gain on-site work experience like coming up with a plan, doing research, preparing flip boards, and what not.” Initially, because of his internship experience, he though that he would end up working in a TV channel. However, along the way he stumbled upon an internship at an advertising agency, where he found that ‘ad people tend to be cooler than TV people.’ After that realisation, the rest was history!

During the early days of his career, asking himself the question ‘are there any incorrect facts in the proposal?’ took him far. Checking, checking and checking again, that there is nothing untrue on any page. Not only this, but one has to believe that the proposals says what you wanted it to say from the bottom of your heart. “Even if a proposal with the slightest error is somehow adopted, it will not go well.”

Carrying the lessons from internships, university and mentors he met along the way, Takumi finally collided with his first ever project in the industry – a Twitter campaign for a beverage manufacturer. Small, but rewarding, the campaign showed Takumi his favourite thing about his job – seeing people’s reactions and responses. Due to it being on social media, Takumi could follow and learn from any reaction the audiences had to his work.

Next to this as his first ever project we are curious to look at his best – Takumi was selected as the best in the world in the Cannes Lions Young Lions Competition. His partner and he won Gold in the PR competition. “There was a reaction in and outside the company when we were selected to represent Japan at Young Lions, and when we won Gold in the Young Spikes Competition, but it was something else when we were named No.1 in the world.” Not only was he sought out for many interesting projects afterwards, but also the level of trust clients put in him rose, shares Takumi. “That was a turning point in my career.” Those confidence issues from earlier, seemed to disappear by the minute. 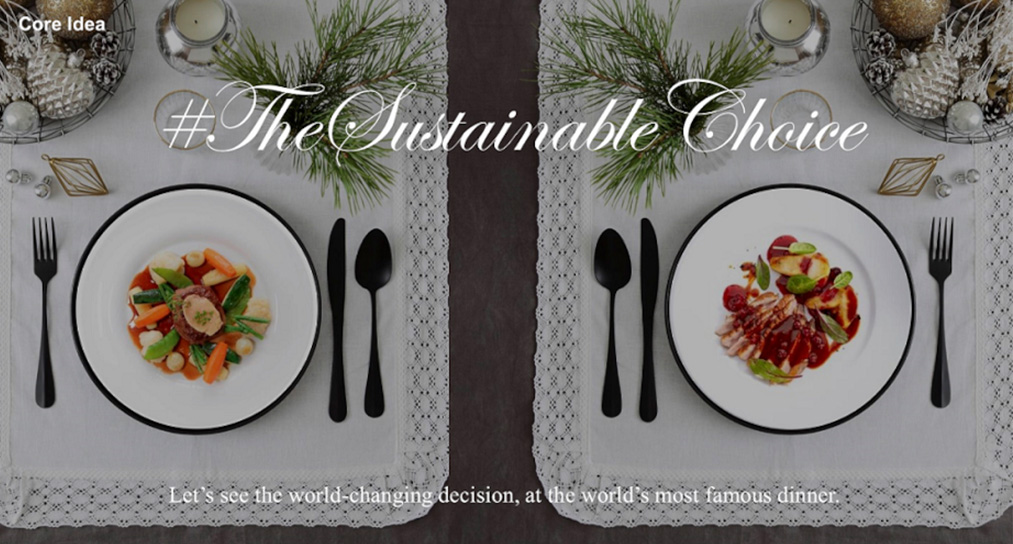 As mentioned before, Takumi does enjoy seeing a project unravel and how it’s taken in by audiences. His favourite thing about what he does is the visualisation of results both quantitatively and qualitatively, through PR exposure, social media posts and product sales. “I love seeing positive words in the media and on social media, I am delighted and really feel the value of my work that way.”

However, with all great things come greater challenges – Takumi realises that the skills required of today’s creators are much more varied than they were even 15 years ago. Knowledge and experience with ideas, craft and marketing are on one hand, but you also have PR knowledge, being well-versed in social media, DX and much more. “We also need to have presentation and communication skills, all while exhibiting leadership.” Takumi is sceptical about the high demand the industry has of creatives, however when he meets creative directors who have mastered it all, he admits: “They are like gods in my eyes!”

Ultimately, for Takumi what is the most important aspect of his work is being able to commit to the sales on the other end – garnering likes is ‘all very well,’ but he maintains that achieving sales is what the ultimate goal is. “Being responsible for products that will make the world a better place when they sell and committing to their sales is, I believe, a shortcut to doing social good.” An example of him doing exactly this is his first work where he acted as a creative director and was awarded at NY ADC and One Show – for it Takumi rebranded the old-fashioned facial cleansing cream Rosette Face Wash Pasta, which helped expand its sales channel and increased the sales. He admits that what motivates his work is receiving praise from both the media world and audiences, ‘and the biggest praise is when a product sells.’

On the flip side, Takumi admits to not be a fan of ads that aren’t connected to a brand, but are ‘only used to create buzz and not try to increase sales in the long term.’ He finds it difficult to get on with ads that have ‘the whiff of their creators’ egos about them.’

“I think our creativity can expand into more domains,” says Takumi. Through his work he feels strongly that the key is collaboration with specialists and taking responsibility for the activation domain as an advertising professional. “If we can do that, I believe we can expand our creativity even further.”

Expanding creativity, making work that does social good, and ultimately increasing sales are all components of what inspires and leads Takumi forward in his career. “Honestly, a desire for fame used to fire my passion before,” he admits. “But these days, I just want to come up with ideas that make the world happy.” That happiness that he can see in the viewer, combined with the euphoria he gets solely from coming up with a great idea, is what defines and will continue to define Takumi’s creative path.