TBWA\HAKUHODO’s CCO on designing a toilet to tackle taboos, getting a job offer in a nightclub and managing Lauryn Hill 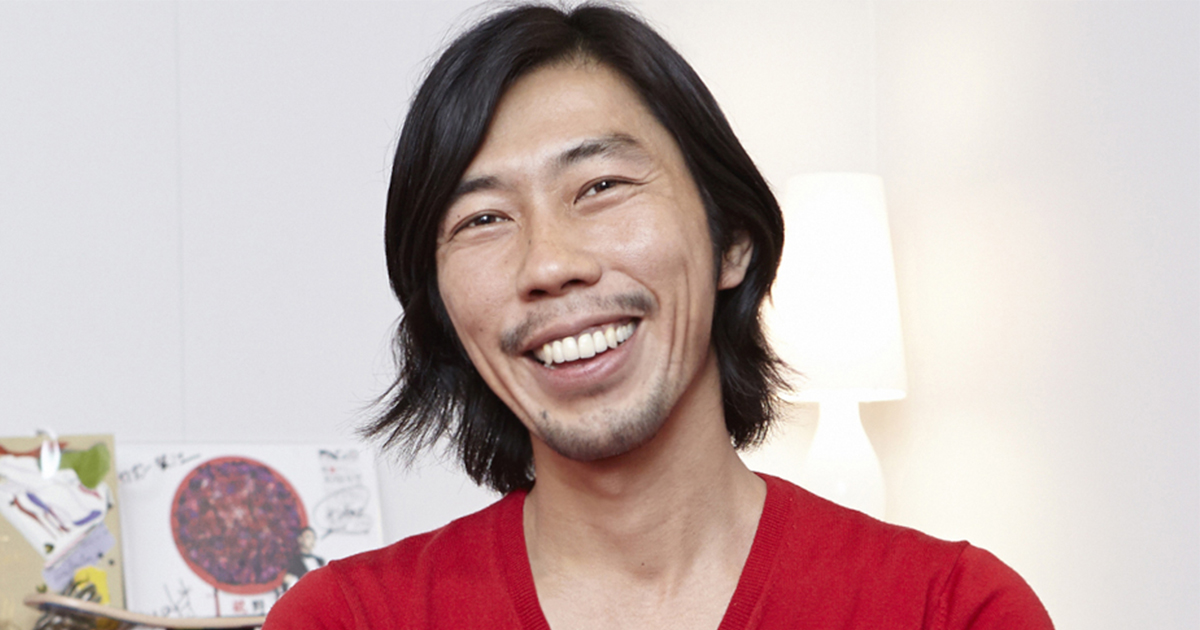 Music producer turned CCO Kazoo Sato is a creative who aims to ‘push boundaries’ and one recent example of how he’s been doing this is his design of ‘the most hygienic public toilet’ as part of THE TOKYO TOILET project. The campaign that Kazoo and TBWA\HAKUHODO Disruption Lab collaborated on aims to tackle perceptions around public toilets through creating something futuristic in its appearance that runs on voice command eliminating the need for users to touch any of its surfaces.
This campaign is just a recent one of Kazoo’s that shows why he’s been awarded Japan’s creative of the year awards numerous times. Though, his career could have taken a different path had he pursued his law degree or career in the music industry. A serendipitous meeting with a creative director while he was DJ-ing brought him to the advertising scene and Kazoo’s been making waves ever since.
LBB’s Natasha Patel caught up with him to hear more about Japanese creativity, his day-to-day role and the emotional connection that he believes cannot be brought out through ecommerce.

LBB> Firstly, we have to talk about THE TOKYO TOILET project. Where did the idea to create the ‘most hygienic public toilet’ stem from?

Kazoo> When the Nippon Foundation invited us to participate in THE TOKYO TOILET project, our ambition was to leverage our knowledge and experience from the advertising industry to solve a widely acknowledged problem/ perception surrounding public toilets; that they’re dirty, dark, dangerous and smelly.

We achieved this through the process of thoroughly exploring and researching consumer behaviours and user insights to find the core idea, and we believed this process could be applied to the architectural process as well.

Public toilets everywhere have a poor reputation, and survey findings revealed people actually go to great lengths to avoid using their hands when in the toilet. So our question to ourselves was: Why not create a toilet that doesn’t require users to use their hands, removing the concern around hygiene? (And this was before Covid!) This simple, yet powerful idea, came from the user insights.

Once the core idea was identified, the next steps was the architectural design and implementation of the technology (“the execution” in the advertisement), refined from a number of ideas and patterns based on the core idea, to achieve the best possible outcome. 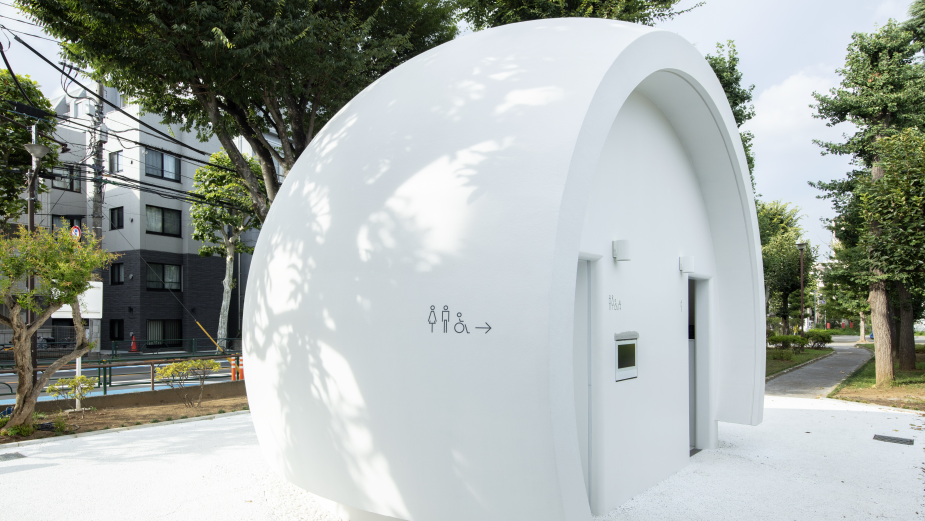 LBB> Let’s rewind a bit, where did you grow up and was creativity present in your early years?

Kazoo> I grew up in Japan, in a vibrant city called Yokohama close to Tokyo. I was a kid who liked to make people around me happy. For example, when making lunch for my grandfather, I would find snails in the garden, boil them, pour soy sauce over the top and hand them to him.

Or another example is I would fill the pockets of my family’s clothes with insects. The intention wasn’t to play a prank on them, but looking back now, I am not sure if my way of “making people happy” actually made people happy –haha, maybe I was just a weird kid.

LBB> I know you studied Law at university, how did this come about and is it still something you’re passionate about?

Kazoo. When I was in high school, I spent a lot of time skateboarding, DJ-ing, and playing music. But I loved the intrigue of Dr. Jekyll and Mr. Hyde, a person with two sides. For me, the opposite of a club would be a courtroom, so I decided to study law. However, my love for music outweighed my love of the law, so I decided not to pursue a career in the judiciary after graduation, and instead choose music as my career.

LBB> You began your career at Sony Music as a producer, tell us more about this.

Kazoo> At Sony Music I was researching artists, designing album sleeves, and shooting the odd music video. However, the music I love wasn’t selling well in the market and the market was dominated by pop music with similar chords.

Making music a career meant turning my passion into a business, which I found incredibly tough. At that time, I met and took charge of an artist named Lauryn Hill, and I remember how happy I was to witness the moment when the creativity of her music was accepted by the mass market.

LBB> How did you go from there to advertising?

Kazoo> While at Sony Music I had a side hustle as a DJ, and one night in a club in the ‘90s, the then executive creative director of Leo Burnett Tokyo approached me saying he was looking for someone like me who understood music and video, just like MTV, rather than a typical ad man who only knows classic advertising. We became friends and he helped me understand the deep creative process involved in the industry. I then took him up on his offer to join the agency he worked with as an art director.

LBB> Being CCO of TBWA\HAKUHODO must be super exciting! What does your day-to-day entail?

Kazoo> The work of a CCO is exciting and involves constantly looking forward in terms of how to grow, evolve, and develop our creative team and its members as an organisation. We oversee dozens of projects with the goal of making the ideas stronger and sharper. We believe creativity is the most effective marketing tool that has the ability to solve business issues, and it’s our job to ensure all executions create value and have a positive impact for our client’s business and for society.

Also, I love the entire creative process and get involved in the initial stages, the planning process and ideation. The days are hectic, challenging but also rewarding and fun.

LBB> Looking at Japan as a creative market, what is driving communications and where do you see the future going?

Kazoo> The consumers of Japan are becoming more and more conscious about how brands can and should contribute to making the world a better place, especially since the pandemic. There is a real sense of wanting to improve the world through creativity, especially among young people and I only see this growing stronger. It’s also encouraging to see more creators actively addressing issues needing to be resolved, such as gender and sustainability.

We’re witnessing a greater shift by corporations and brands to address societal challenges, and I believe we’ll begin to see even more Japanese brands and corporations better prepare themselves for the future by taking a greater stance on purpose.

With already clear Sustainability Development Goals set for the world to achieve, I believe that in the future, these goals will be intertwined further with brands, and more and more ideas will emerge to bring us closer to the goals of humanity.

LBB> Tell me about the growth of the digital and ecommerce sector – is there also still a space for traditional TVC and print advertising?

However, I believe TVC and OOH, which are full of creativity, will never disappear – I believe the opposite and they will instead become even more valuable in the future. There is a strong emotional human connection in film, which I’ve yet to see on e-commerce platforms.

TVC and OOH have the potential to wow the people and make them become fans of a brand. I think this two-pronged approach will be the mainstream for a while, with brands using ATL to build fan-base and digital to reap the rewards.

LBB> Who is your creative hero and why?

Kazoo> It is the one and only Lee Clow. He is an icon of the creative industry – I could go further to describe him as having a Christ-like, Buddha-like, or Muhammad-like existence in the industry, as a result of his contributions and the inspiration to so many people around the world.

His philosophy about being disruptive and brave in creating constantly reminds me of the direction I should head to with our works.

LBB> Outside of work, who is Kazoo and what does life look like for you?

Kazoo> Teaching my daughter how to catch insects and snails – haha. I just love spending time with her – teaching and being taught by her.

Kazoo> I hope the borders open up soon as I’d love for you to come to Tokyo and try the Hi Toilet, the cleanest welcome! And please keep in mind – let’s keep the toilets clean!