The future of money 1: Money in Japan today

Money, often described as the lifeblood of the economy, has evolved at a dizzying pace in recent years, both in the forms it takes and in how it works, thanks to advances in financial technology, or fintech. As a result there is now constant talk about new money-related technologies and services on the business scene. But no research has as yet been done on what ordinary people make of these developments and how they can capitalize on them in their own lives. The aim of the present study, therefore, is to examine the evolution of money through the eyes of ordinary people in Japan, or sei-katsu-sha as we call them at Hakuhodo.

The origins of money

In remote antiquity, before the appearance of money, the only form of exchange was that of gifts with others one knew. Later, as people ventured further afield, they came into contact with strangers from elsewhere, and barter arose, whereby individuals would trade what they had for what they lacked. Economic activity started with such gift-giving and trading of goods. Money was invented to facilitate this process of exchange.

Money performs three functions:
(1) It is a means of exchange: Goods and services can be acquired in exchange for an equivalent amount of money. It thus stimulates trade.
(2) It is a benchmark of value: Pricing goods and services in monetary terms makes their value clear to everyone.
(3) It preserves value: Bartered goods may become rotten or damaged, but money received in exchange for something allows greater flexibility both physically and time-wise. It can be stored and used when needed.

For these reasons money instantly spread across the globe. That ultimately gave rise to today’s society, in which new products and services constantly appear and people enjoy spending money shopping. The part of the economy where money is paid for goods and services is termed the “real economy.”

People used to believe that having lots of money was the source of happiness, since it enabled you to buy as much as you wanted. But as money has become dauntingly complex, it has lost the personal relevance it once had and come to seem somehow remote. People’s values, too, are beginning to shift.

The changing relationship between people and money

(1) Income sources are unreliable.
Wages have not increased in Japan for almost twenty years, and people are uneasy about the future and their retirement 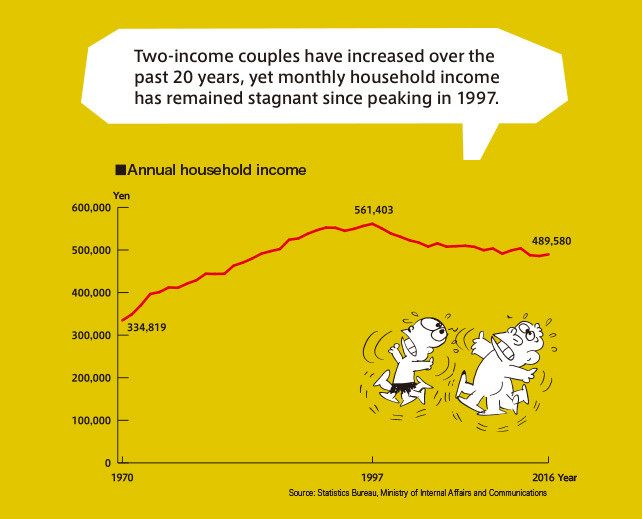 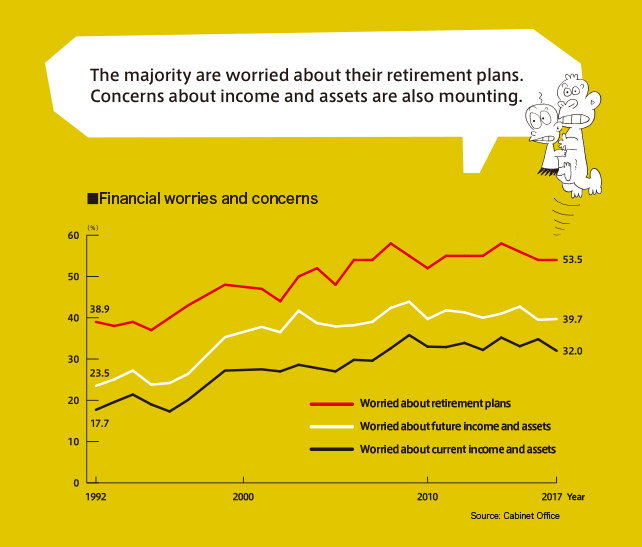 (2) The joy has gone out of spending money.
The desire to spend has dwindled, and real consumption continues to fall. 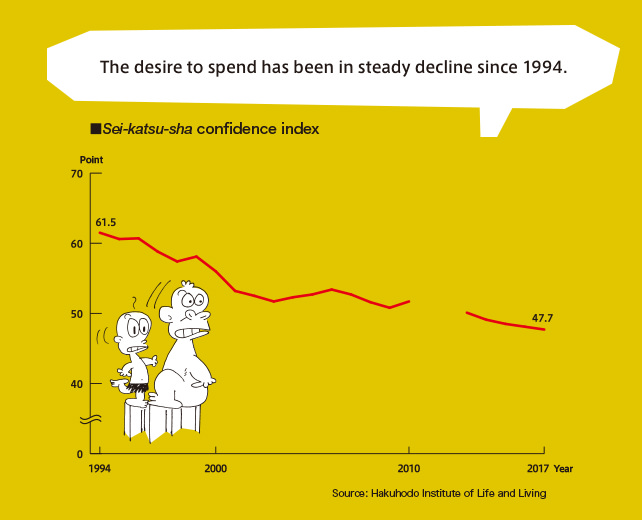 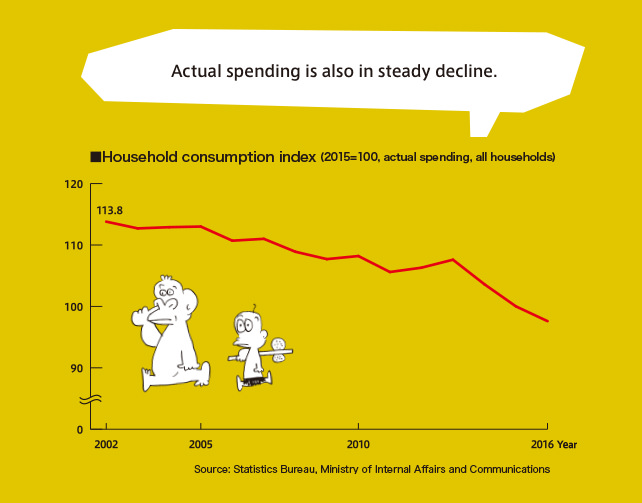 (3) Savings are unrewarding.
People have little motive to put their money in the bank, since interest rates have been close to zero for years. 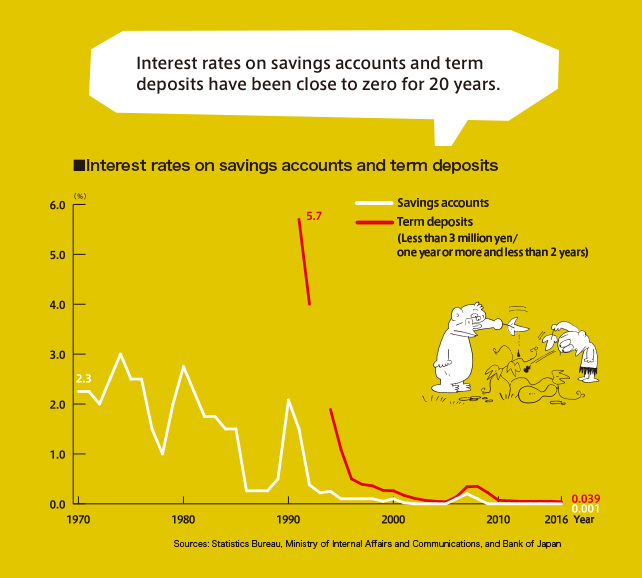 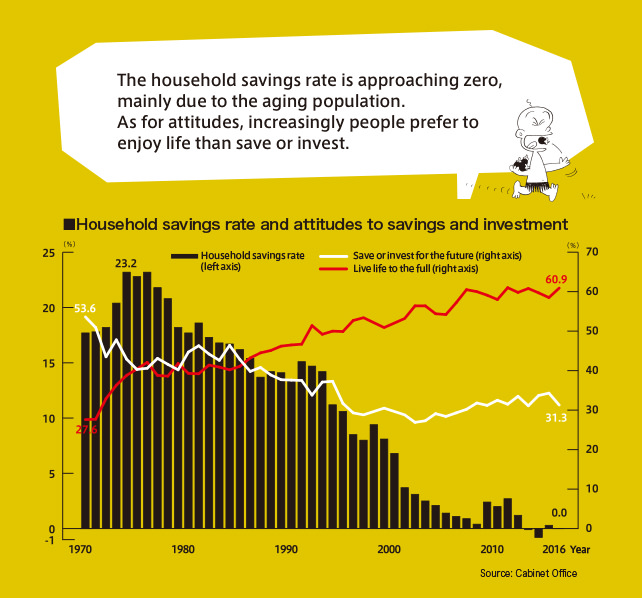 The old lifestyle, with its cycle of saving and then spending money under government and corporate guidance, is foundering. More and more Japanese feel left behind by the economic recovery, and they are questioning the very notion that having lots of money is synonymous with happiness.

Survey respondents were asked a series of two-choice questions about their attitudes to money. 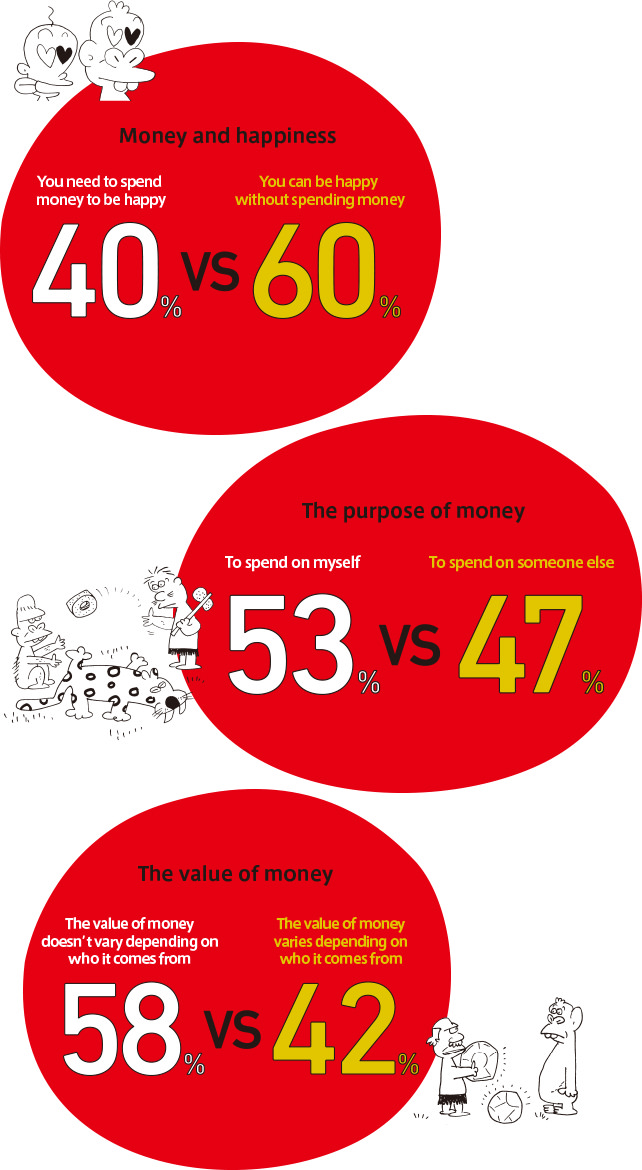 But just because traditional notions are eroding, that does not mean that people have turned their backs on money. Advances in digital technology have rapidly changed the form that money takes in society. The digitization of money has transformed it into something that can be easily used and sent anytime, anywhere. 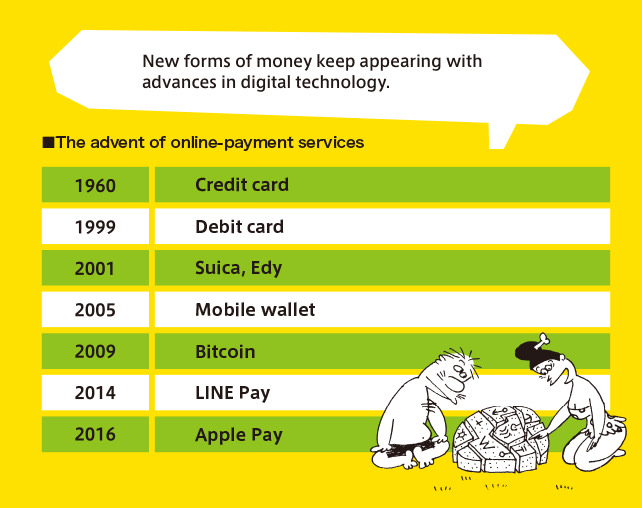 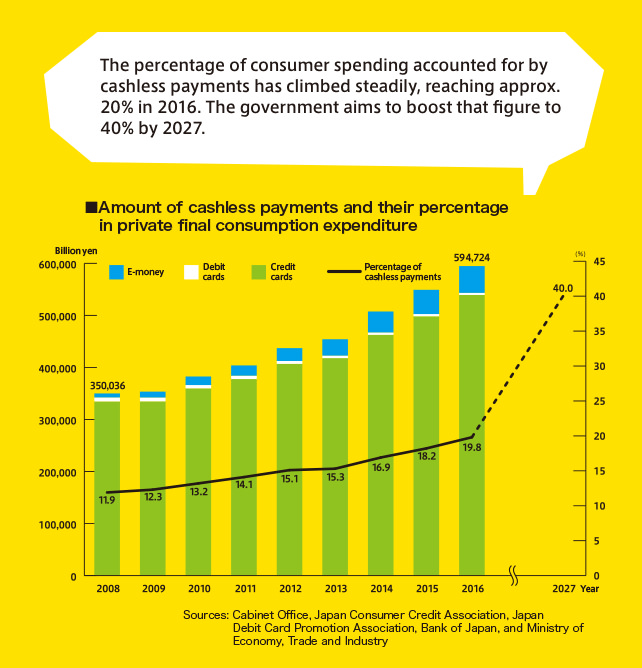 Three new directions in the evolution of money

The evolution of new forms of money has awakened people to new possibilities. 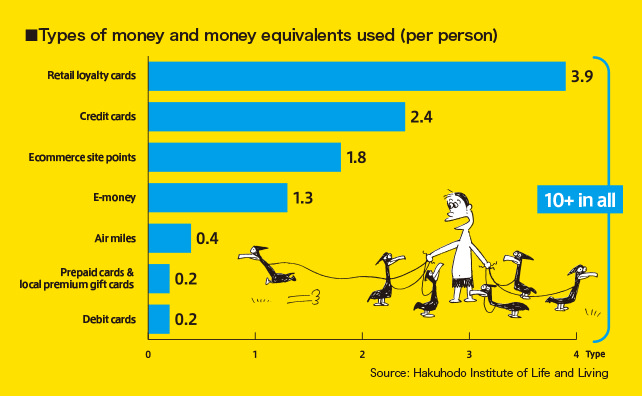 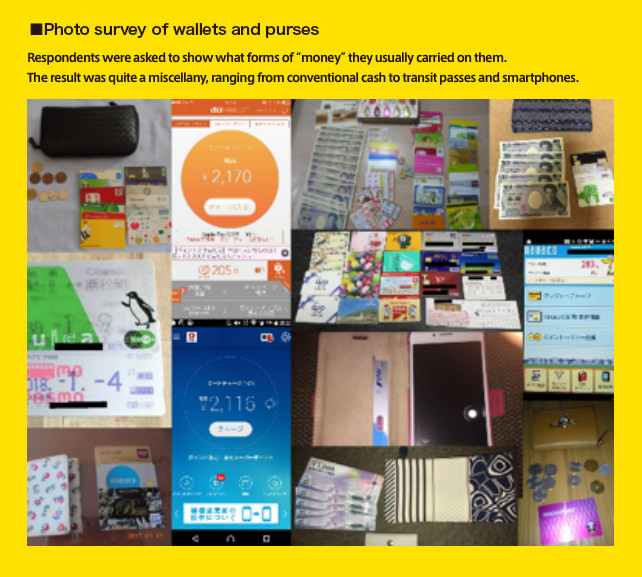 (2) The rise of mini economic blocs
The appearance of new services like peer-to-peer payment apps and marketplace apps has made it easy for individuals to send cash or buy or sell stuff without going through government or corporate channels. Miniature economic blocs where money circulates among individuals will doubtless proliferate. 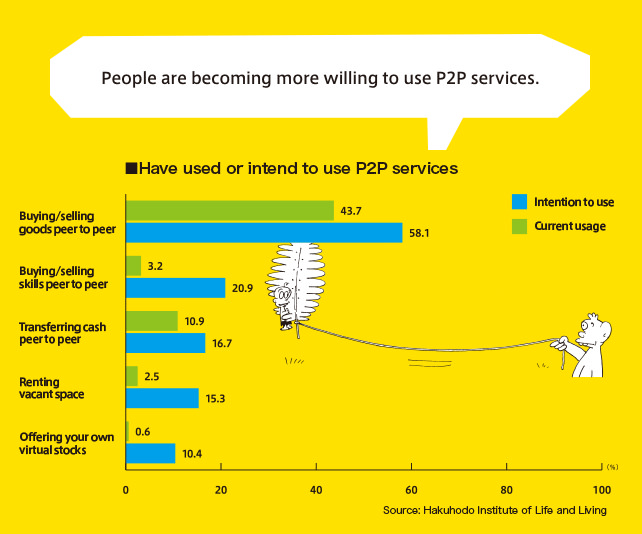 (3) The personalization of money
A log is kept of each monetary transaction and when and with whom it occurred. Thus exchanging money with someone makes you more conscious that they exist. Money will become linked with each individual who uses it, and it will be valued according to their circumstances and relationships. 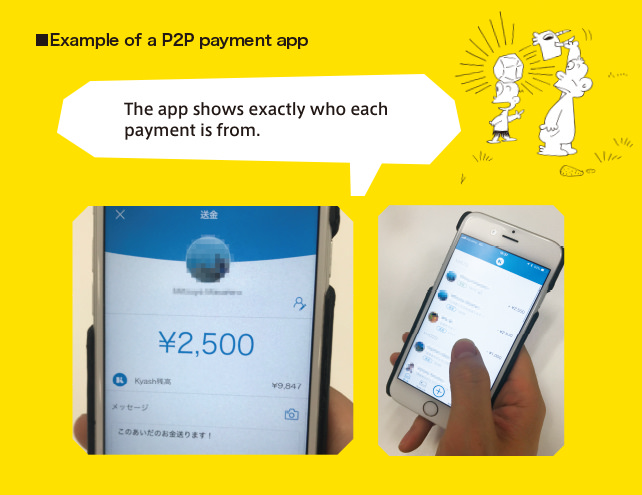 The future of money

The first signs can be seen of a new age when people will enjoy greater monetary freedom, unbound by the old conventions and rules governing money. People will build new monetary systems with their own hands. Money will circulate freely among ordinary people in forms that it has never assumed before. That, we believe, is how the “sei-katsu-sha—or people’s—currencies” of the future will come into being.