The Summer Seminar presented research findings on changes in perceptions and behavior in Japanese families across 30 years based on time series analysis of surveys of families conducted by HILL every decade between 1988 and 2018. The surveys targeted cohabiting couples with the wife aged 20–59 years old.

The seminar was attended by over 700 people, including corporate marketing professionals and senior management, and representatives from various media.

This is part two of a two-part report that recreates the seminar. Part 2 highlights points of contention when considering the future of families that came out of analysis of a home visit survey conducted by HILL. Click here for Part 1

From here, researcher Ruri Sogo takes the stage. Focusing on increased work-sharing by couples, one of the Five Trends where action is yet to catch up with awareness, she paints a concrete picture of the real lives of Project Families.

First, let’s take a look at work-sharing types quantitatively. We asked husbands and wives about their ideal and actual work-sharing style from among the following four choices:

The following graph outlines the results when we asked about ideal and actual work-sharing types. In actual, Traditional accounts for around 70%, with wives bearing the brunt of the housework burden. In the ideal work-sharing style, conversely, Equal and Flexible together account for 50% among husbands, and over 60% among wives.

Equal and Flexible types of work-sharing arrangements look set to increase in the future. So how do couples that already practice these run their family life?

Below, we discuss three features of Equal and Flexible work sharing gleaned from our home visit survey.

Sharing by discarding “shoulds”
A 40-year-old wife says that her husband has started helping since she had to give up on doing housework and childcare perfectly after giving birth to their third child. After this, she began thinking that her husband would get more out of it if she only did things 80% of the way.
In another family, a 28-year-old husband says that since both he and his wife work and are busy, if they don’t do laundry for a couple of days he sometimes runs out of underwear. But the couple takes care not to make too many demands of each other about the quality of the housekeeping or blame each other, and instead make jokes about an “underpants crisis.”
Housework and childcare come with beliefs attached, such as “laundry should be dried in the sun.” But by eschewing these, couples are happily sharing the housework.

Sharing without fixed roles
One 39-year-old husband elected to use his company’s flextime system because his wife wanted to work full time.
We saw couples taking turns in unexpected situations, such as when a child suddenly got sick, by setting up systems to allow husbands as well as wives to attend to the matter, as necessary.
Also, the vacuum cleaner was kept in the center of the living room in several homes, to enable it to be used any time by whoever notices the floor needing attention. Similarly, there were households where wet wipes and the like were kept in locations around the house where clean-ups were likely to become necessary.
Who does what can become ingrained the longer families live together. But Equal and Flexible couples share the work by not having fixed roles.

Sharing by leveraging differences
A 51-year-old husband, who is an evening person due to his job while his wife is morning person, does the remaining dishes and laundry late at night while his wife and children are asleep. But rather than it being a chore, he says he enjoys doing the dishes while watching videos at peace on his own. They share housework by taking advantage of their different active times.
Another family leverages differences in ability. A 37-year-old wife thinks that while her husband doesn’t do household chores to a high standard, his impatient disposition is a kind of skill. The husband always starts the housework first, and the wife does the important things to a high standard. They are work well together.
In Equal and Flexible households, differences in time and skills between husband and wife, which might seem to be a negative, are actually being leveraged as a strength.

As dual income households continue to increase, more households with traditional division of roles are likely to find that they can’t keep up. When that happens, like a company project that cannot proceed in an orderly manner, perhaps the straightforward imaginative and creative efforts outlined above may become standard in more families than now. 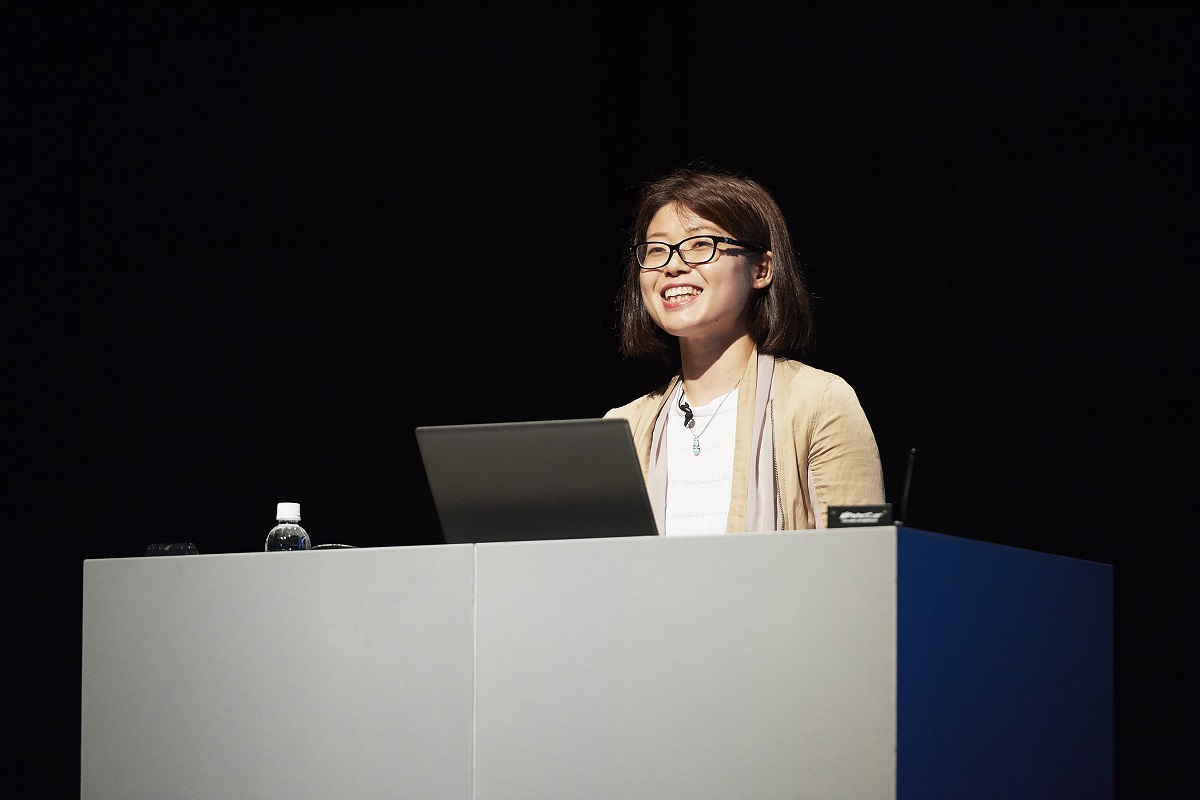 Ruri Sogo during her presentation

Points of contention when considering the future of families

Finally, Shuzo Ishidera, HILL’s executive manager, took to the stage. Families cannot be easily classified like they could previously, he said. They are inconsistent, and for this reason, there are points of contention when we consider their future. He then put forward three dilemmas.

Individual or Family?
The consistent in these 30 years of change has been the shift toward the individual. But at the same time, the desire to strengthen family ties has been growing. Without negating one another, each of these is likely to continue to be a major topic for families from now on.

Function or Love?
The sharing of work is almost certain to be a major issue in families in the future, too. Naturally, if it was only about doing housework rationally and efficiently, the obvious solution would be to simply outsource it to an outside service. But it is also true that many people think that doing it themselves is an expression of love, even if it takes time and energy. The function and love dilemma is one that is likely to continue for some time.

Blood ties or Non-blood ties?
Compared to other nationalities, Japanese are still strongly fixated on blood ties. But as single-person households continue to increase in Japan, sooner or later this will become untenable. Can Japanese let go of their obsession with blood relationships and change their definition of family? We believe that this, too, will be a major point of contention for families going forward.

Ways of thinking about the family

These dilemmas will not just be issues for society, but also marketing challenges for companies. Perhaps the following new ways of thinking will be helpful to society and companies as they interact with families.

Not Function or Love, but Function and Love
・ For example, if the use of digital tools changes communication between husbands and wives, perhaps the desire to care for each other will increase as they rationalize housework. 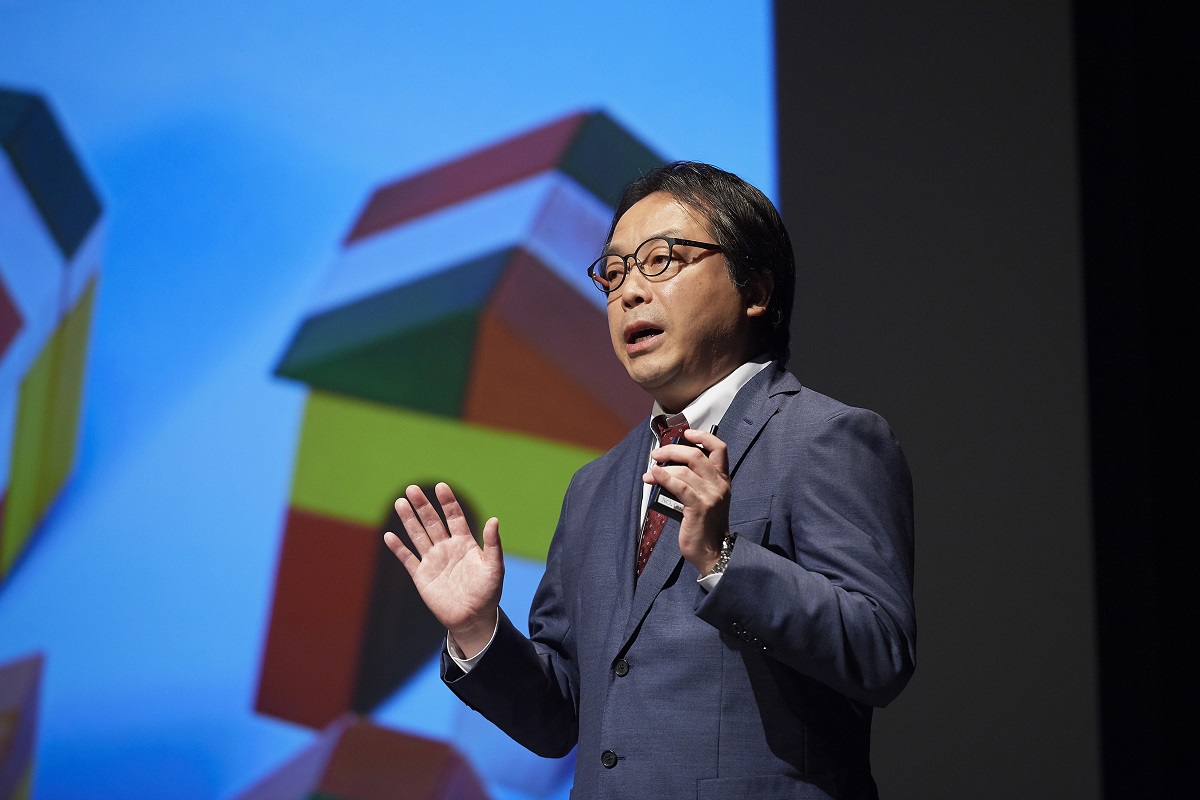 Comments from participants after the seminar:
“Being based on 30 years of survey data made the changes easy to understand.”
“Things I’d been feeling every day were proven through data, enabling me to get a clear idea about how to use the information in my work.”
“The idea of making two diametrical opposites work concurrently is something that will be important in lifestyles in the days to come.”

The 30 years of survey data announced at the seminar were made available free to the public from the seminar date, July 27. Download from the Hakuhodo Institute of Life and Living website. (in Japanese)

Hakuhodo Institute of Life and Living will continue to make proposals to realize a better future through detailed studies and research into sei-katsu-sha.