The Summer Seminar presented research findings on changes in perceptions and behavior in Japanese families across 30 years based on time series analysis of surveys of families conducted by HILL every decade between 1988 and 2018. The surveys targeted cohabiting couples with the wife aged 20–59 years old.

The seminar was attended by over 700 people, including corporate marketing professionals and senior management, and representatives from various media.

This is part one of a two-part report that recreates the seminar. This part mainly discusses changes in the family uncovered by time series analysis of 30 years of data.
(Click here for Part 2)

First, senior researcher Daisuke Uchihama described the last 30 years for the family and environmental changes that have occurred in that time, drawing mainly from analysis of macroeconomic statistics.
In the past 30 years, the following have ceased to be the norm for families:

The household: That everyone will have a family
・The proportion of people that remain unmarried their entire lives has risen, and single-person households have become the most common household type.

Household finances: That incomes will rise as people start families and their expenses increase
・Household incomes peaked in 1997 and have been stagnant ever since. Raises based on seniority can no longer be counted on.

Roles: That men have jobs and women look after the home
・There are now double the number of dual income households than households with a wife that stays at home, and the national government now has policies to support working women.

The past 30 years have seen the standard family model disappear. Without a model to strive toward, sei-katsu-sha now choose how they their families will live by themselves. 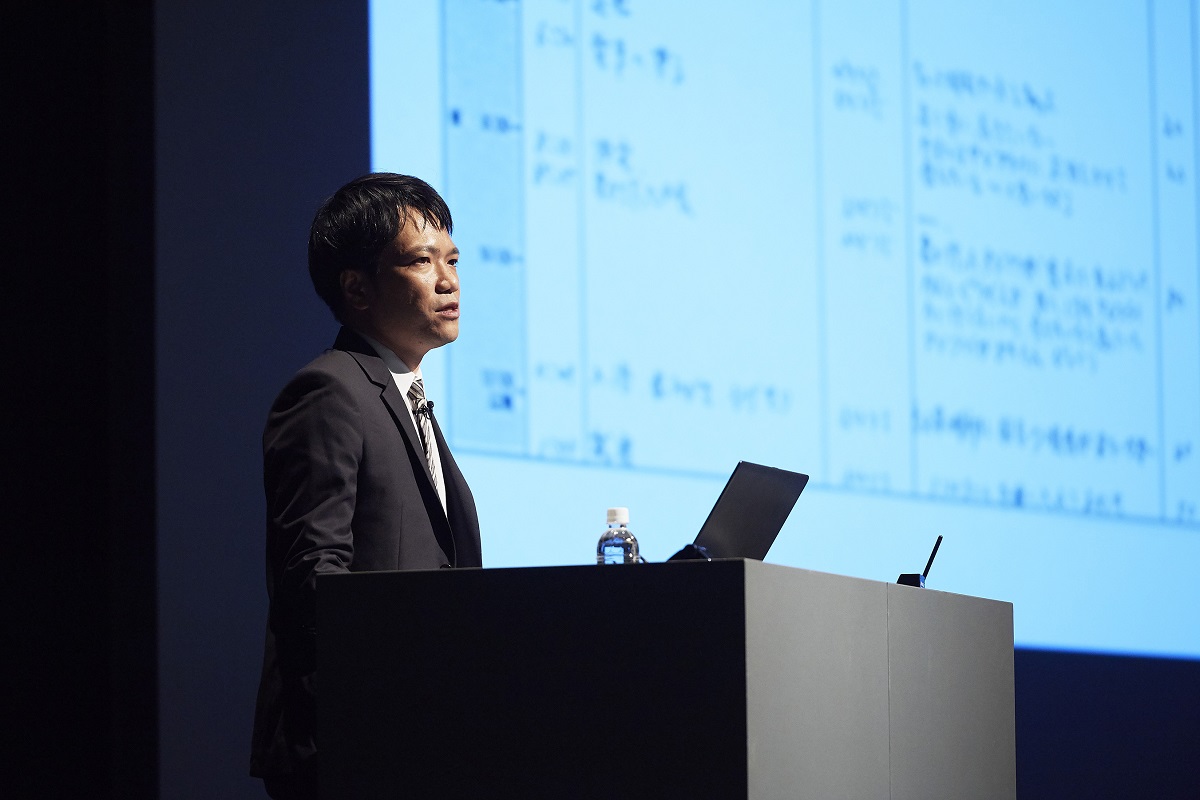 Daisuke Uchihama on the podium

Next, changes to the family, which is now without a model, were explained through five trends identified by the Family Survey.

Trend 1: Unitization of the family

Meanwhile, more husbands and wives think that “One should consciously do things to strengthen family ties.” Familial ties have gone from being something like air to something that families create.

Families are now groups of self-sufficient individuals that consciously decide how they want to be.

Trend 2: Opening of the family

The number of people who mention their parents and siblings when asked who they think of as “family” is increasing. Also, the number who believe that “My close friends are like family” has been increasing since 1998. Both results show that the concept of the family is expanding: it is no longer restricted to the nuclear family, and may also include people who may not live in the same household or share blood ties.

The family is becoming a flexible unit in terms of its members, with a variety of people coming in and going out, its size and its members’ relationships to one another.

Couples are investing in their children. More say that they “Make sure to attend my child/ren’s parents’ days and sports days” and “It’s better to spend on children’s education than on parents’ living expenses.”

In an extension of this, there has been a drop in scores for “Children should become independent of their parents as soon as possible” (especially among wives). Parents seem to be putting off letting their children go until later and later.

Not only has children’s reliance on their parents grown stronger, couples also rely more on the cohesive force their children provide. In this way, the relationship between couples and their kids has become two-way.

Thirty years ago, the person with overall say in the family was overwhelmingly the husband, but wives’ power has increased dramatically and today the score for “Mainly wife” is neck in neck with that of “Mainly husband.”

Meanwhile, the ideal couple image for most husbands 30 years ago, “Husband rules the roost,” has been abandoned, with most husbands now preferring “Married to best friend,” bringing husbands’ ideal closer to that of most wives.

Moreover, today scores for “I think I’m respected as an individual by my spouse” are over 70% for both husbands and wives. Couples are becoming teams with two leaders that make decisions as equals.

In topics of conversation between husbands and wives, the scores for “Housework” and “Job and the workplace” have increased. With husbands and wives both working, they both have an interest in household chores.

Scores for “Husbands should share in housework” have risen sharply, with scores for both husbands and wives over 80% in 2018. However, while scores for housework tasks often done by husbands have risen progressively, absolute values are still low, and the task with the highest score, “Taking the garbage out,” is an ancillary job.

Husbands doing a share of the housework is still at the awareness stage, but as couples have come to share an interest in work and housework, awareness is turning into cooperation.

“Without a model, we are evolving through trial and error”
“Each of us is independent”
“We don’t think the current status will necessarily continue forever”
“Members join and leave peacefully”
“We change positions and roles flexibly”

The above are characteristics of families in 2018. These characteristics are similar to those of members of projects at companies these days. During the past 30 years, both families and companies have lost their model for success and are both moving forward with flexibility to enable them to respond to changes in their environments. Sei-katsu-sha are not running their families with the same old routines; they are using imagination and creativity to run their families like projects.

Continues in Part 2
The 30 years of survey data unveiled at the seminar were made available to the public free of charge from the date of the seminar, July 27. Download from the Hakuhodo Institute of Life and Living website. (in Japanese)