Inside the agency’s Kancil Awards Agency of the Year win

Hakuhodo Malaysia rose to the top of the Malaysian advertising industry after being named Agency of the Year at the Kancil Awards 2018, held on July 27 in Kuala Lumpur. Hakuhodo Malaysia won 3 Gold, 2 Silver, 10 Bronze and 10 Merit awards, for a total of 150 points in Malaysia’s most prestigious advertising awards competition.

The agency, which ranked fifth at the Kancil Awards last year, had made a commitment to winning. “It was a concerted effort by the whole agency,” stresses Woon Hoh, Hakuhodo’s Chief Creative Officer for Malaysia, Singapore and Indonesia. “When Nick (Nicholas Budi Kosasih, Regional Associate Creative Director, Hakuhodo Asia Pacific) and I came on board at Hakuhodo Malaysia last year, our vision was to transform the agency creatively.”

New Managing Director Ryusuke Oda also challenged them to move the agency into the top 3 at Kancil. The call to action was part of a whole raft of changes across every division set in motion by Oda when he came in to head up Hakuhodo Malaysia last year. “All of us are going to take proactive actions to become Experience Leaders,” he said at the time.

Having judged at international advertising shows, Woon and Nick knew what it would take. The pair restructured the 15-member creative department and set to work to make the agency more proactive and more creative. They pushed the team to produce work that would win and the hard work paid off.

“We knew the only way to bring Hakuhodo Malaysia forward was to win reputation through our creative work,” Woon says. “Every day, we try to give our best creativity to our clients to sell their product and build their brands,” he continues. “But once a year, we also try to find an idea focused on how to make our world a better place.” Last year that idea was “Drought” for Greenpeace Malaysia. 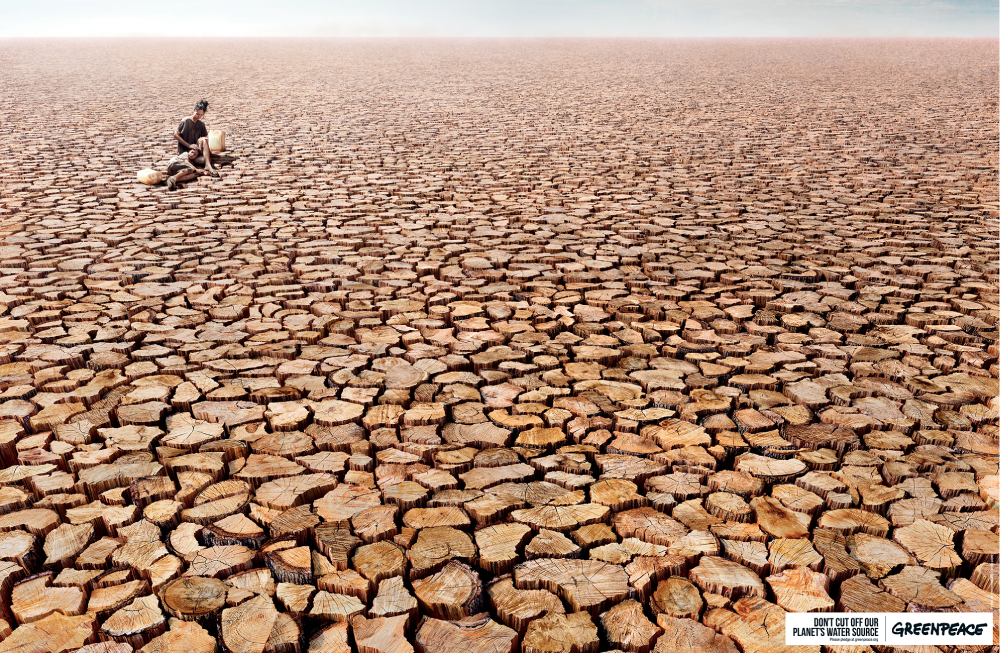 It has been reported that Malaysia has the world’s highest deforestation rate. Greenpeace wanted to create awareness among Malaysians of this massive issue, since deforestation in one area contributes to drought and higher temperatures across the entire globe.

The print ad depicts a future landscape ravaged by drought as far as the eye can see, with a visual twist: the cracks in the earth are formed by logs of wood from destroyed forests. The message ends on a cautionary note: “Don’t cut off our planet’s water source.” Naturally, the work was created using computer graphics, and no actual trees were cut down.

“Drought” was a big winner not only at Kancil, where it picked up 3 Gold, 1 Silver and 1 Bronze, but also at ADFEST (2 Gold), D&AD (2 Wood Pencils) and Cannes Lions International Festival of Creativity (1 Bronze), where it was the only Malaysian agency to be awarded. “That’s a 100% hit rate at shows entered so far,” says Woon. “And there’s still AD STARS, Spikes Asia and The One Show to come!”

Senior Art Director Loo Kok Seng says, “The tough part was coming up the idea. Woon is very hard to please (laughs).” But once they had the idea, Woon knew they were on a winner. “It was obvious it was a winning work,” he says.

Another example of Hakuhodo Malaysia’s more proactive approach to clients is “Poster Wallet” for long-time client UMW Toyota Motor. The work, which was timed to coincide with graduation season in Malaysia, promoted the Toyota Vios as an affordable car for cash-strapped new graduates—if they use the Toyota Easy GradSCHEME vehicle financing plan. 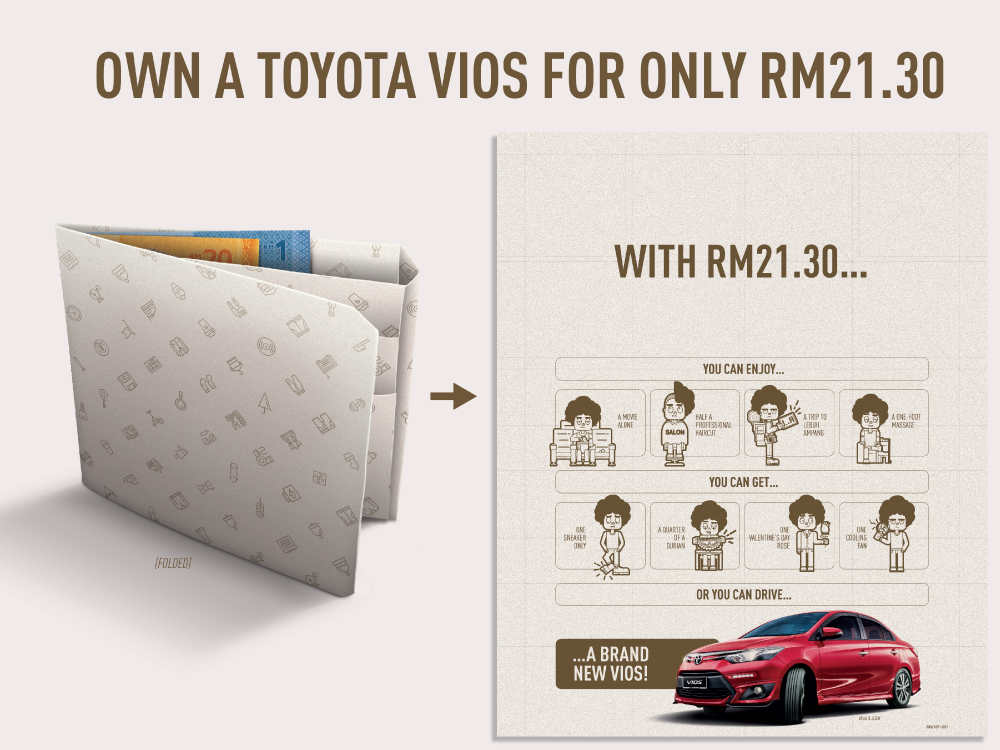 Posters introducing the Toyota Easy GradSCHEME were produced in durable high-quality paper stock and folded into wallets. The wallets were placed at strategic areas around universities for students to notice and pick up, thinking someone had lost their wallet. Students soon discovered the wallets unfolded into an informative poster. But they could also be refolded and used as a real billfold.

“We actually came up with the concept before the client came to us for ideas for a direct marketing campaign,” says Woon. The client loved the wallet poster idea and immediately gave their blessing. “This taught us that by proactively proposing new ideas to clients, you show them that you care for the brand and their business. You also show you are active,” Woon concludes.

UMW Toyota Motor was delighted that the work went on to win at Kancil Awards. Woon says, “They see us differently now. They see us as a very progressive, very creative agency.” Other client partners have also praised the recent creative achievements of the agency and are looking forward to more successes in the days to come. But the agency is not sitting on its laurels. It is looking to come up with better and more innovative ideas and give all clients, large or small, their best work. “We want to up our game even more. We want to challenge and make our competitors look at us and say ‘Wow, Hakuhodo is very different now’,” says Woon.

The efforts have certainly paid off, and not just in terms of building the agency’s reputation and winning external praise. “We can feel the improvement internally,” says Nick. “There is more togetherness and passion in the team.”

Woon sums it up thus: “Hakuhodo Malaysia was a sleeping beauty. We’re awake now, and we think we’ll live happily ever after.”