SDGs in Action: How Do You Rate the Peach Boy?

The Hakuhodo Group is committed to doing its part toward achieving the United Nations Sustainable Development Goals (SDGs). In this interview series we introduce key initiatives undertaken by the Group featured in Creating Happiness: 2019 SDGs Collaboration Book published by the Hakuhodo DY Group.
In this article, Hakuhodo personnel Hiroshi Yamazaki and Akane Obata and Kunihiko Tanimoto who was a teacher at the time of this project discuss their collaboration on How Do You Rate the Peach Boy?, which created a new ethics teaching approach that sparked the minds of junior high school students across Japan.

This project promotes a workshop-style teaching approach featuring discussions on a newspaper ad about a demon child whose father was “killed by the Peach Boy (Momotaro),” jointly conceived by Hakuhodo creators who produced the ad, a junior high school teacher in Okayama Prefecture, home of the legendary hero Peach Boy, and Think the Earth, a general incorporated association. Launched in 2016, the project is designed to highlight the importance of having diverse viewpoints in a world characterized by the collision of different sets of values, thereby creating a foundation for respecting different values and views. Starting in junior high schools in Okayama and Tokyo, the project has been replicated across Japan including in junior high school classes and workshops for students aspiring to become teachers. 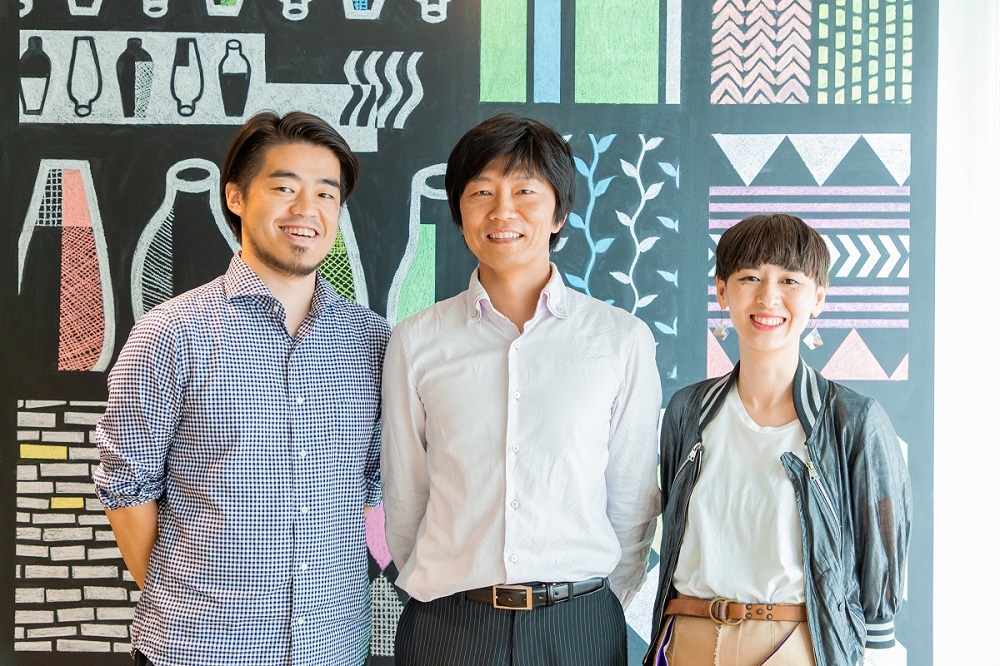 Impart knowledge in a minute, and it will vanish in a second

― How did you teach an ethics classes in general, Mr. Tanimoto?

TANIMOTO (Teacher): I had doubts that simply reading the textbook was adequate because students were not thinking with their own heads. If you impart knowledge in a minute, it will vanish in a second. In my view, an ethics class should serve to cultivate students over time, rather than encouraging them to grow in a hurry.

― Did you have connections with creators at Hakuhodo?

TANIMOTO: No, not at all! While I was on a trip with my family in the summer of 2015, I was astonished to find an ad at a bookstore that said: “My dad was killed by this dude called Peach Boy.” Not satisfied with just finding out who produced the copy, I conjured up a story of “Demon Boy (Onitaro),” the tale of Peach Boy as told by the demon’s son.

― You wrote the whole story?

TANIMOTO: Yes. And I used the story for an ethics class, to teach 127 students gathered in the gymnasium about the importance of looking at things from a different perspective. The result was highly successful, both among the students and the teachers, so I thought a picture book version of the story would be a useful teaching aid for ethics education. Since I already knew that the copy had been created by Hakuhodo’s Mr. Yamazaki and Ms. Obata, I contacted them, hoping that they would help produce the picture book.

Multiple points of view, rather than a single correct answer

― How did the idea of making a picture book develop into the reshaping of ethics education?

YAMAZAKI (Hakuhodo): That idea was actually proposed by us creators. The ad copy we had produced was originally designed to convey a message: “Think for a while before rushing to a conclusion.” A picture book would have to include a conclusion, which might diverge from our initial intention.

OBATA (Hakuhodo): The story of “Demon Boy” written by Mr. Tanimoto was a pleasant surprise for us. But a story inevitably leads the reader in a fixed direction, which was a pity.

YAMAZAKI: So we proposed to create a class together. 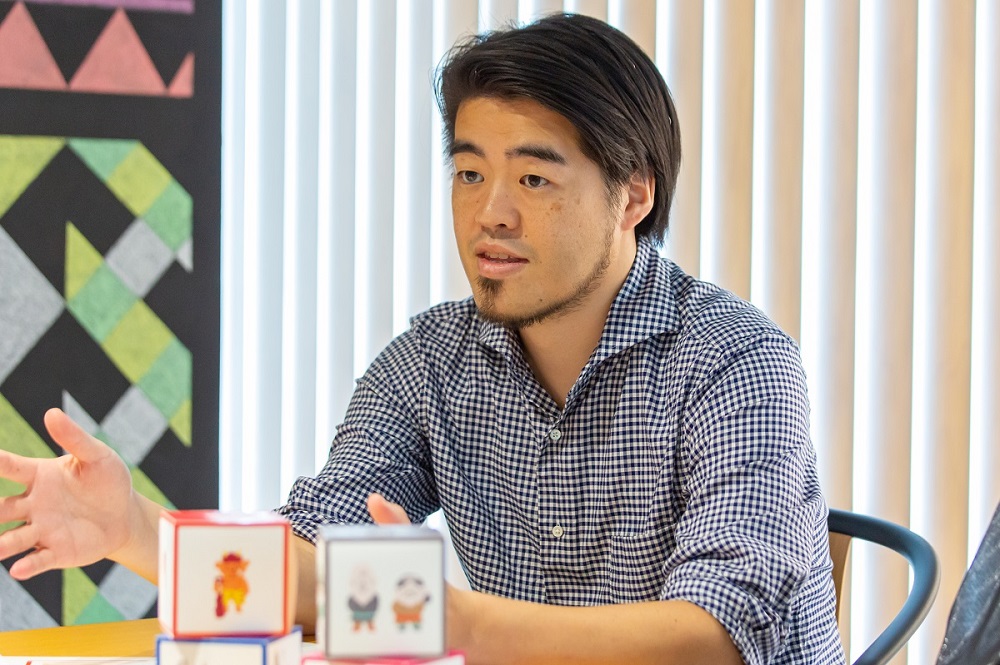 ― Did the class come about smoothly?

YAMAZAKI: No. We struggled to find our way at first. We didn’t know what to do or how to do it. We had no clue. So we proposed some ideas at first, and ended up presenting about 10 ideas.

OBATA: We are accustomed to the process of ideation itself. But ad creators like us usually create something that needs a few seconds to understand, while a class requires us to make the most of the available 50 minutes. We had to struggle with the difference.

― Did you have a breakthrough that turned the struggle into the ideal class?

TANIMOTO: The idea of using dice as a tool turned out to be crucial. Their tactile nature facilitates empathy with the characters. Students can use body language during discussion as the dice can be left alone on the desk, thus catalyzing conversation. We ultimately developed a teaching plan for a series of three classes. The first class was designed to broaden students’ perspectives by rearranging the story of the Peach Boy from the perspective of the Demon Boy. The second class aimed to help the students identify various alternatives that might have been available for the Peach Boy before killing the demon. The third and final class encouraged the students to design a better future on their own by imagining a sequel to the story of the Peach Boy. 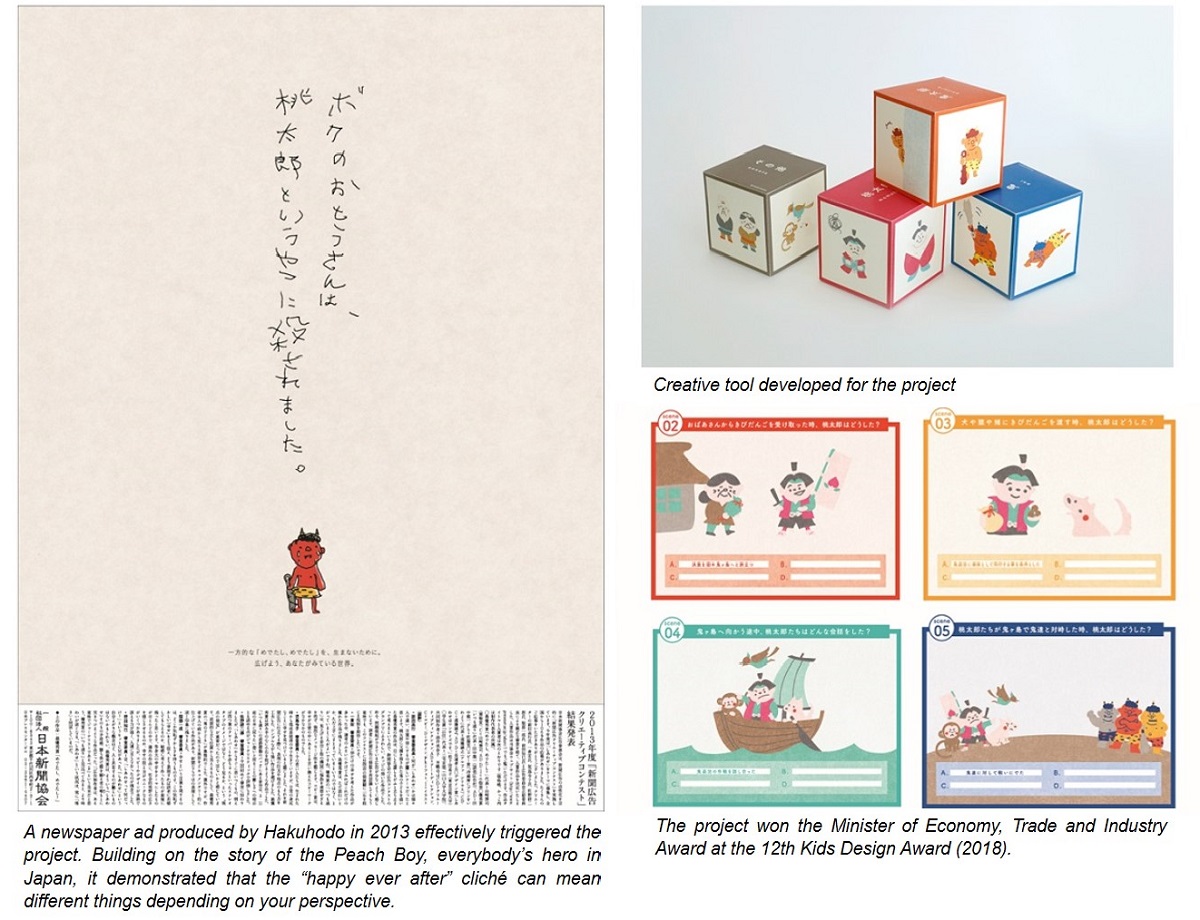 ― What kind of feedback did you get after the classes?

TANIMOTO: Asked to express their impressions in writing at the end of each class, the students wrote furiously. The classroom was filled with the sound of pens flying across paper for 20 minutes, 30 minutes and longer: the students were so impressed that they were burning to write what they felt in their own words. We also got calls and letters from school teachers across Japan who learned of our project from their colleagues and through word of mouth. As we made the relevant data available for free, “How Do You Rate the Peach Boy?” classes have been replicated at schools not only in Okayama Prefecture but all over the country, including Tokyo.

OBATA: We were emotionally attached to the original newspaper ad on the Peach Boy, which won an advertising award. We were also delighted that our work became the talk of the town, generating feedback from various stakeholders. But we did not expect that the work would bring us an opportunity to leverage creativity in the field of education, a sector about which we in the advertising industry know very little. It was an intriguing and rewarding experience.

YAMAZAKI: Thus far, society has looked to ad creators for ad expression in the context of helping sell products and services. Now I feel that our skills may lead to unprecedented movements or results in new areas such as education. I was really encouraged by the project. 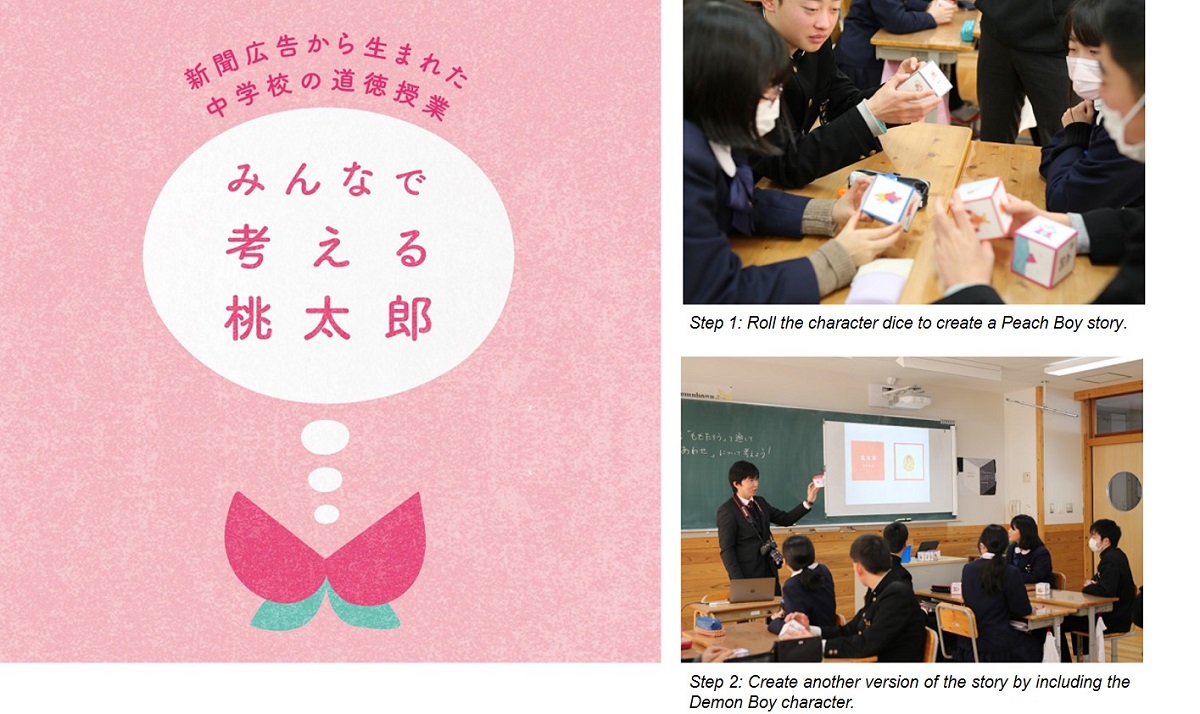 For details, see https://www.hakuhodo.co.jp/archives/report/44775 (in Japanese)