Immediately after the states of emergency were lifted, October’s Degree of freedom of life rises significantly to 57.2 points, the second highest score this year

Conditions prior to the survey: Nationwide new cases trended significantly lower in September, dropping to the 3,000 range for the first time in two months on September 13. In mid-September, the double vaccination rate reached 50% of the entire population. New cases continued to drop thereafter, marking 1,541 on September 30. The number of severe cases also dropped below 1,000 nationwide on September 28. On October 2, there were 196 new cases in Tokyo, marking the 41st consecutive day that new cases were lower than the same day the previous week. States of emergency (19 prefectures) and Pre-emergency Measures to Prevent the Spread of COVID-19 (8 prefectures), which had been extended until September 30, were lifted completely as scheduled. This survey was conducted after these were lifted and footfall was beginning to increase. 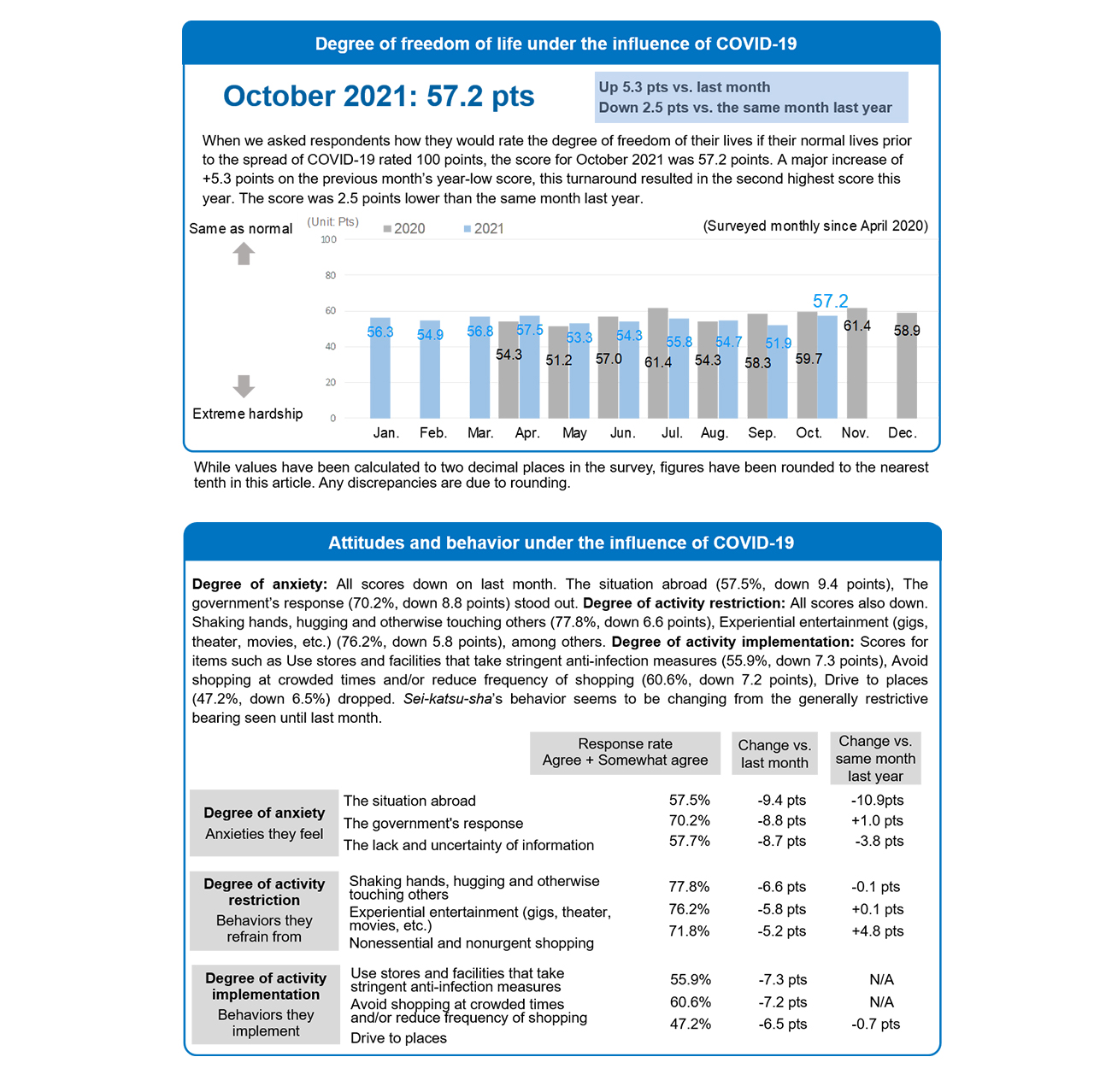