Degree of freedom of life score up slightly to 54.3 points in June
Degree of anxiety and Degree of activity restriction ease, even as states of emergency continue in Tokyo and major prefectures

Conditions prior to the survey: Amid a surge of cases nationwide, vaccination of the elderly began in localities around Japan in early May, however there was much confusion around making appointments. Large vaccination sites run by the Self-Defense Forces commenced operations in Tokyo and Osaka in late May. The decision was made to apply the state of emergency to Hokkaido, Okayama and Hiroshima Prefectures. Okinawa Prefecture was added to Tokyo, Aichi, Osaka, Kyoto, Hyogo and other prefectures where states of emergency were already in place, and the end of the states of emergency in the ten prefectures was extended again from May 31 to June 20. In late May, although the caseload was decreasing, the number of patients with severe symptoms remained high. The survey was conducted amidst rising concerns about mutant variants, increased foot traffic and the holding of the Olympic Games. 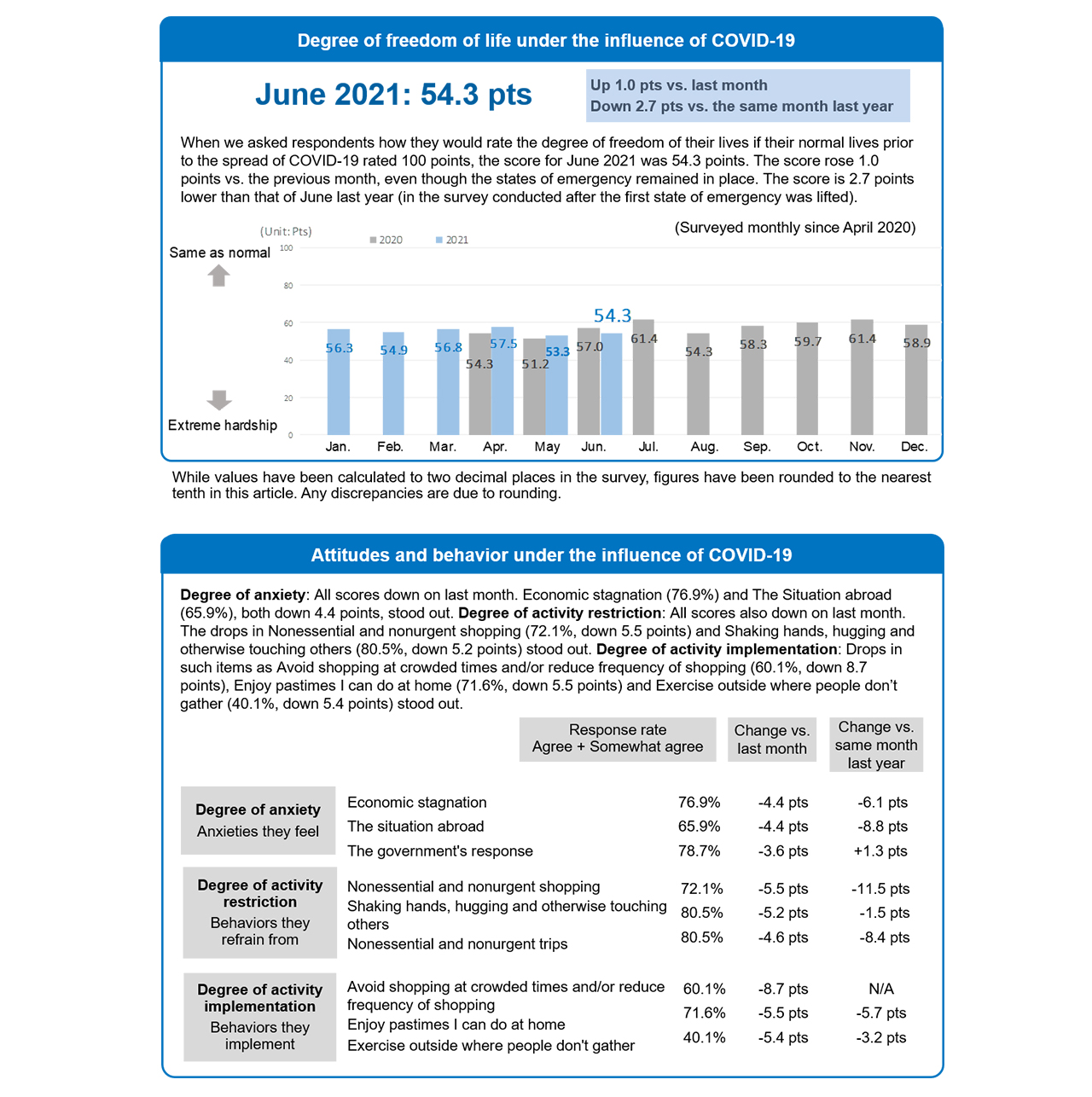