Degree of freedom of life rises in November for the second straight month to 61.9 points, the highest score since the survey began

Conditions prior to the survey: New daily cases—which had dropped to around 1,000 nationwide and 100 in Tokyo in early October—continued on a downward trajectory, reaching their lowest level of the year on November 1 (75 nationwide, including nine in Tokyo, seven in Osaka Prefecture, and five in Aichi Prefecture). The number of severe cases also declined, and stress on the healthcare system improved. On October 25, five prefectures in the Kanto and Kansai regions scaled back restrictions on serving alcoholic beverages at restaurants and bars and voluntary restrictions on opening hours. And since the start of November, some capacity limits on large events that had been imposed in 27 prefectures were eased. The November survey was conducted as the restaurant, travel, and other service industries began to show signs of recovery, although concerns about a sixth wave lingered. 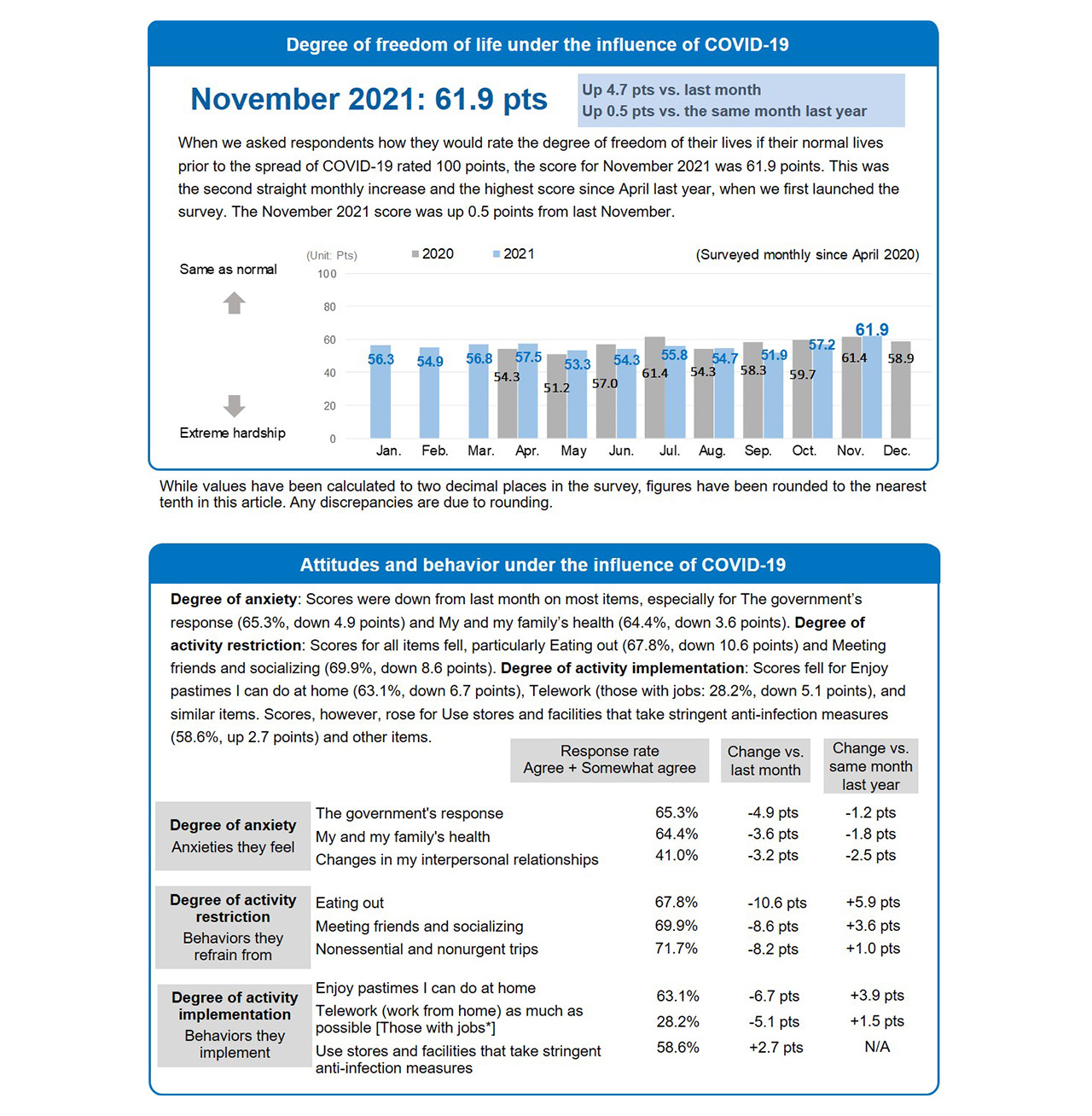