Degree of freedom of life score is 57.1 points in March, around the same as last month
Degree of activity restriction scores ease slightly

Hakuhodo Institute of Life and Living, a think tank of Hakuhodo Inc., conducts a monthly “Survey of Sei-katsu-sha Concerning COVID-19” to get a current picture of sei-katsu-sha attitudes and behaviors during the coronavirus pandemic. The March 2022 survey was conducted over March 3–7 in the Greater Tokyo (Tokyo, Kanagawa, Chiba, Saitama, and Ibaraki Prefectures), Greater Nagoya (Aichi, Mie, and Gifu Prefectures), and Hanshin (Osaka, Kyoto, Hyogo, and Nara Prefectures) areas, targeting 1,500 males and females aged 20–69. See p. 8 for the survey outline.

Conditions prior to the survey: Pre-emergency Measures to Prevent the Spread of COVID-19, which had been in place in 34 prefectures at the beginning of February, were lifted in Yamaguchi Prefecture and some other areas by the middle of the month. However, the measures were extended for a second time, until March 21, in prefectures in the Greater Tokyo, Kansai and Greater Nagoya areas, among others. The daily caseload, which topped 100,000 on February 1, had begun to decline slowly by late February. But pressure on the medical system continued as the number of people who had received their third vaccine languished at around 20% of the eligible population, and deaths, particularly among the aged, began trending upwards. Reports of the invasion of Ukraine by Russia began in late February, and this was becoming a concern at the time the survey was conducted. 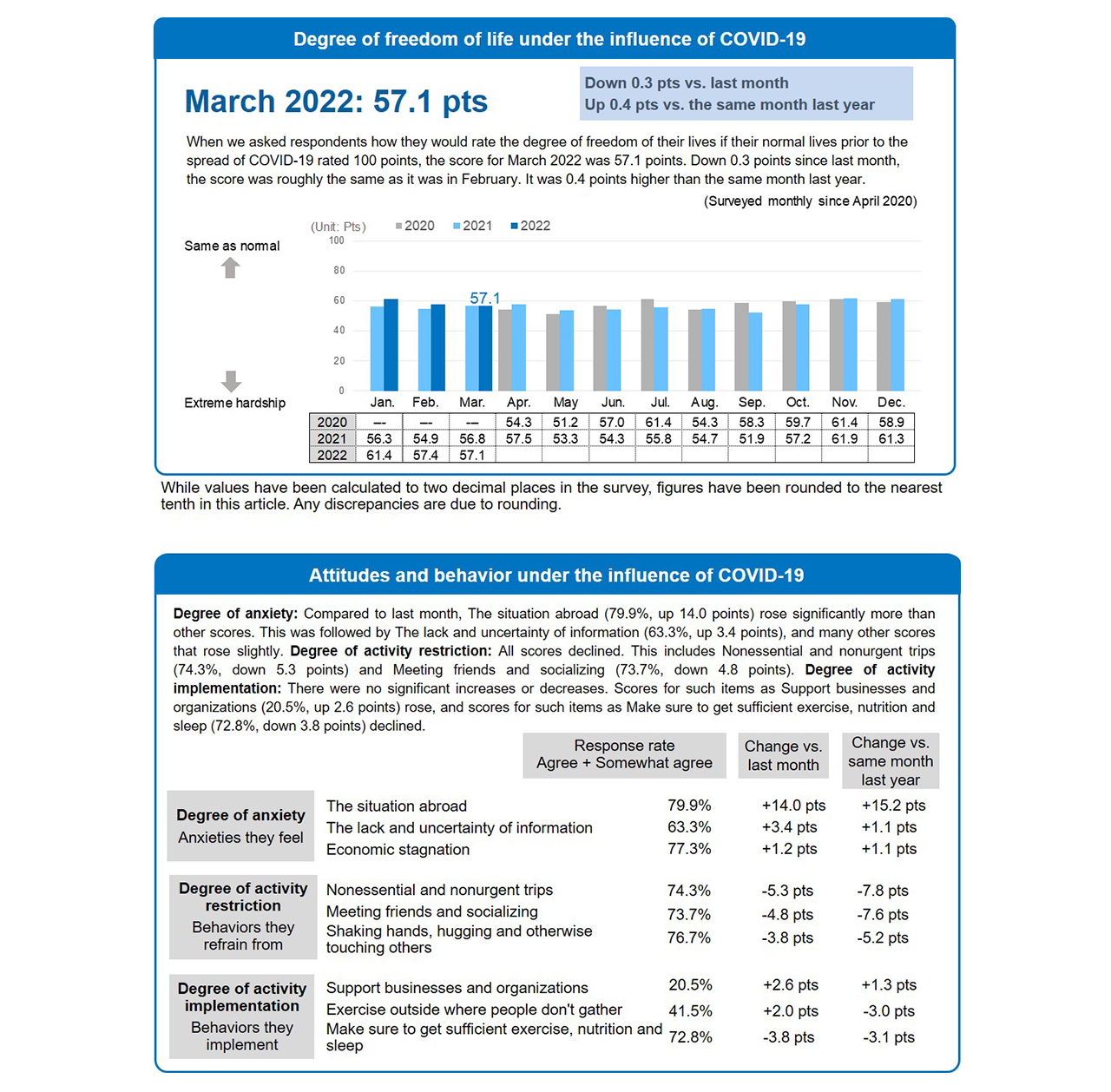