Degree of freedom of life remains high in January at 61.4 points
While infections grow, Anxiety and Activity restriction scores ease

Hakuhodo Institute of Life and Living, a think tank of Hakuhodo Inc., conducts a monthly “Survey of Sei-katsu-sha Concerning COVID-19” to get a current picture of sei-katsu-sha attitudes and behaviors during the coronavirus pandemic. The January 2022 survey was conducted over January 4–7 in the Greater Tokyo (Tokyo, Kanagawa, Chiba, Saitama, and Ibaraki Prefectures), Greater Nagoya (Aichi, Mie, and Gifu Prefectures), and Hanshin (Osaka, Kyoto, Hyogo, and Nara Prefectures) areas, targeting 1,500 males and females aged 20–69. See p. 8 for the survey outline.

Conditions prior to the survey: Case numbers remained low in Japan through December, even as they soared around the world. The media reported a significant rise in people’s movements during the year end and New Year holidays compared last year due to Christmas, hometown visits and the first retail business of the year. By late December, community transmission of the Omicron variant, which had been kept at bay with border restrictions, had been confirmed in Okinawa, Osaka, Tokyo and other cities and began spreading nationwide. New cases began to increase from the last week in December and at the time the survey began, on January 4, there were over 1,000 cases per day nationwide, of which Tokyo accounted for over 150 (around the same level as in early October 2021). The January survey was conducted amid these conditions. 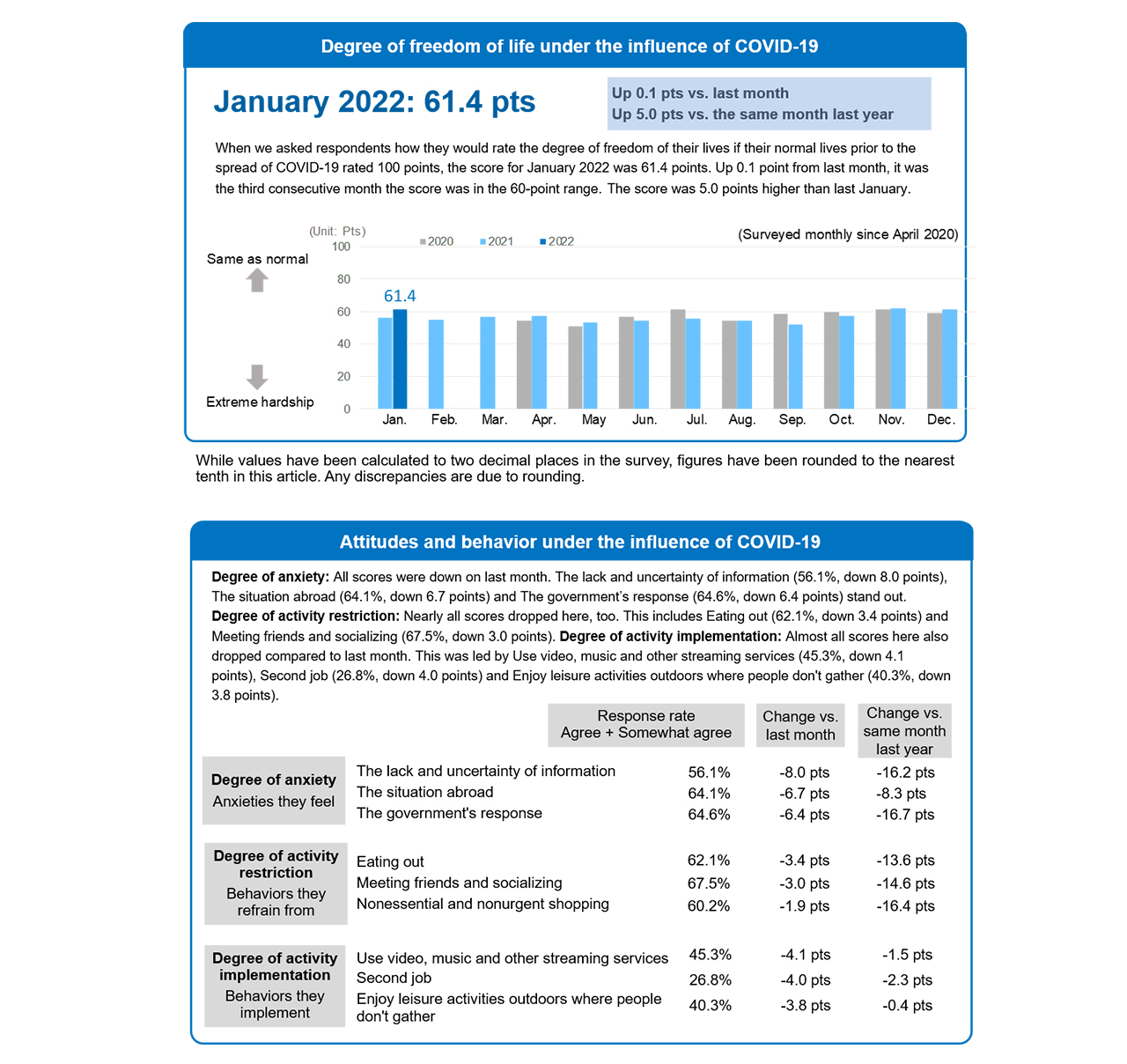