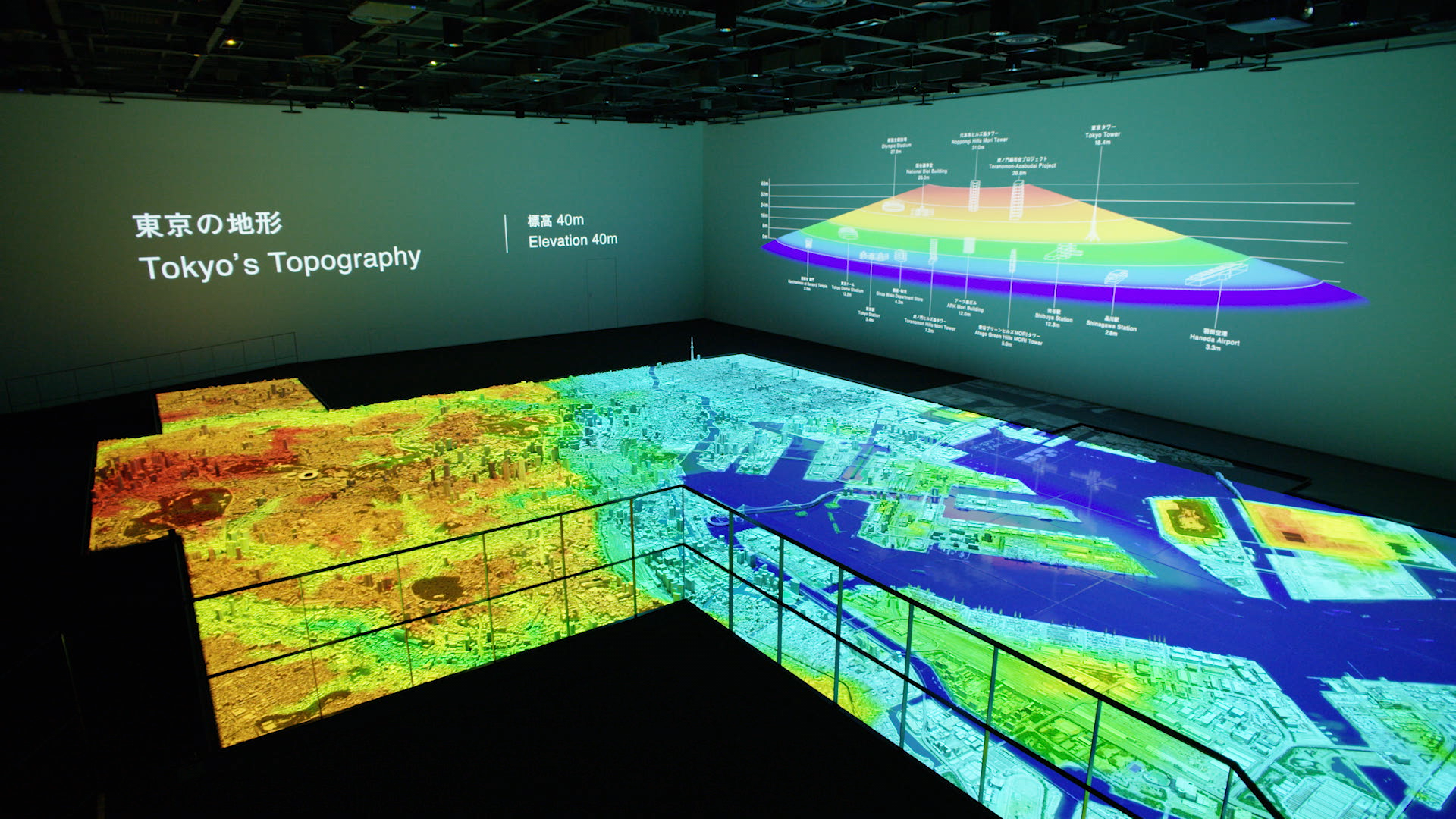 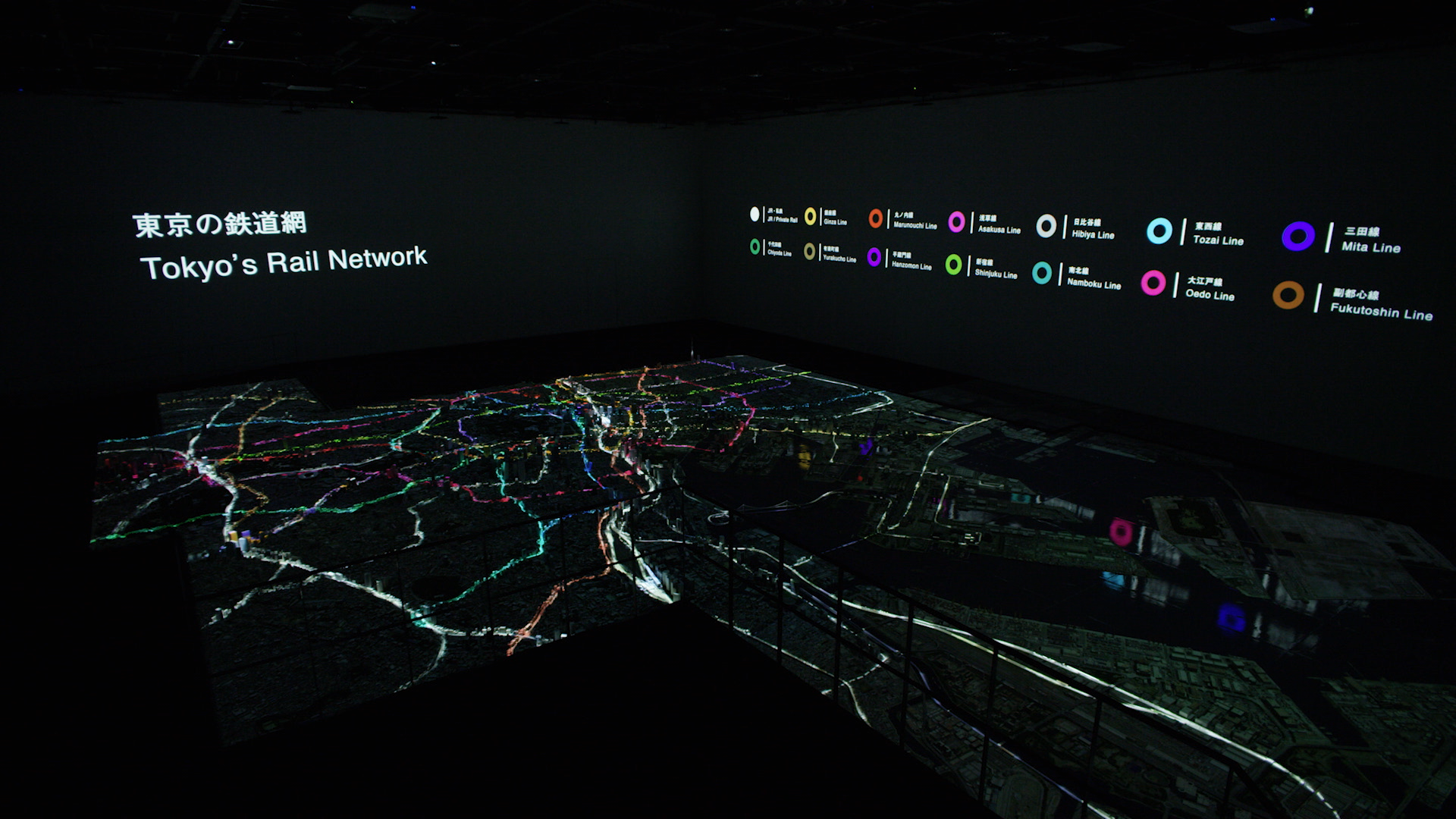 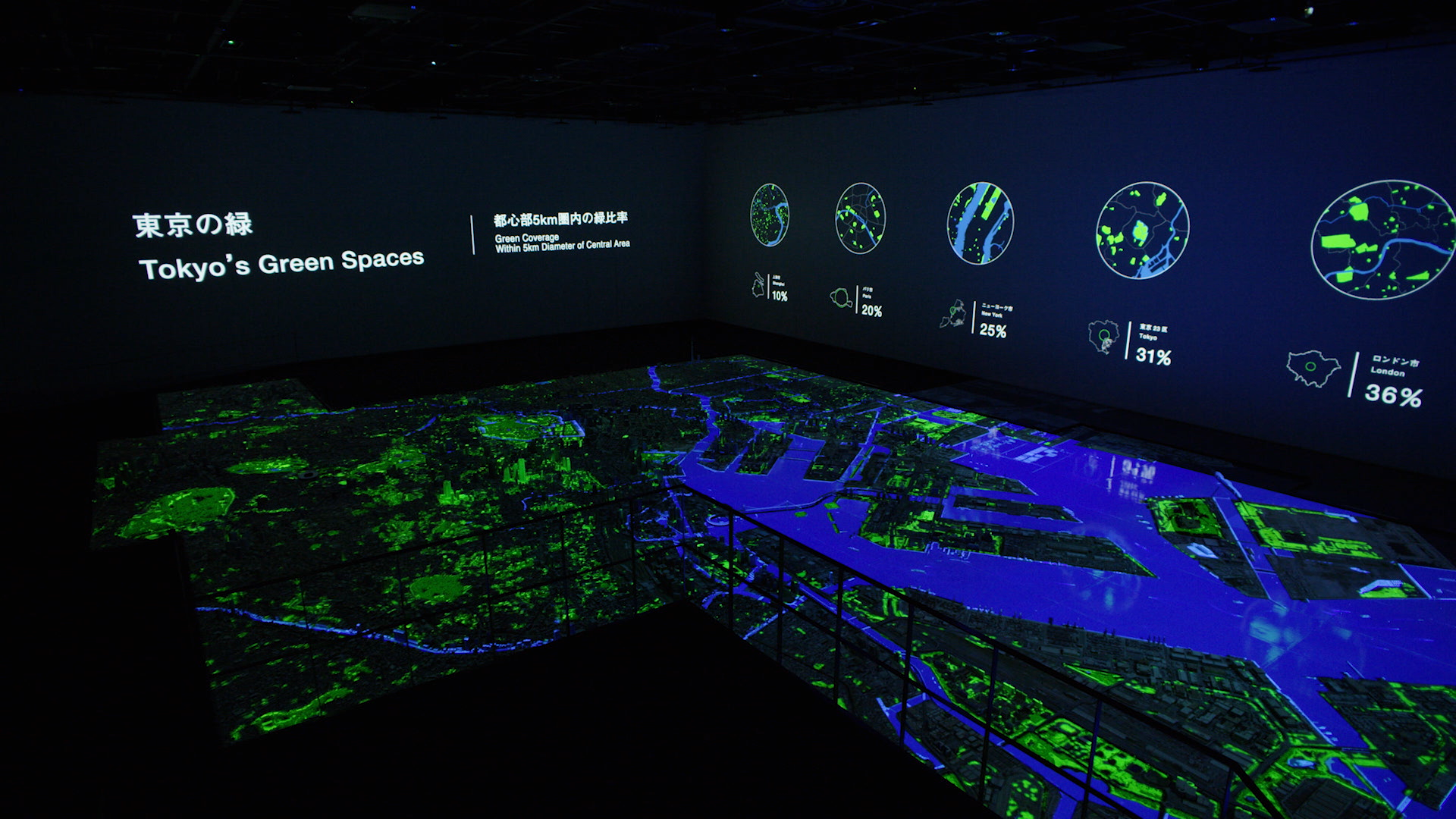 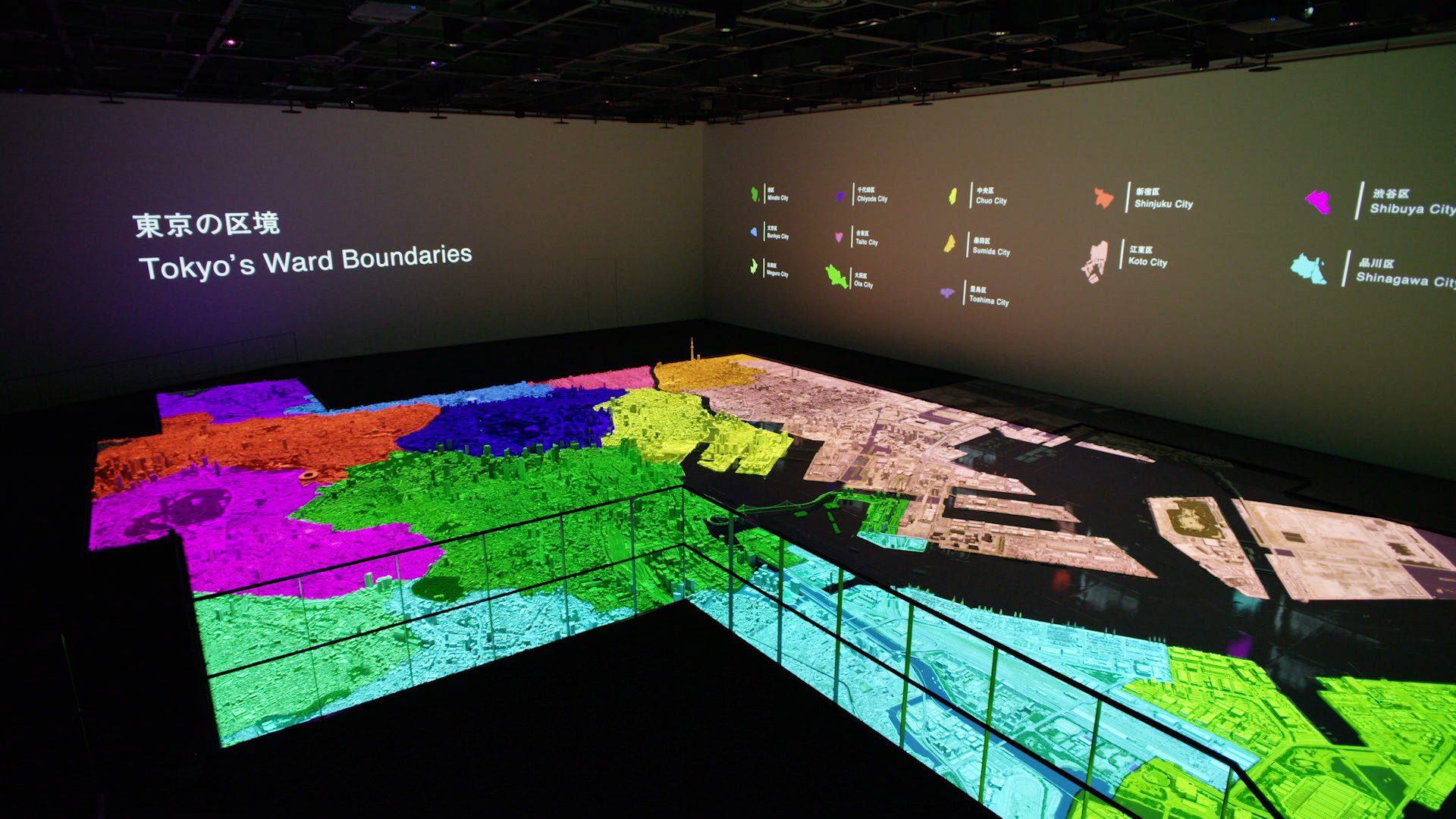 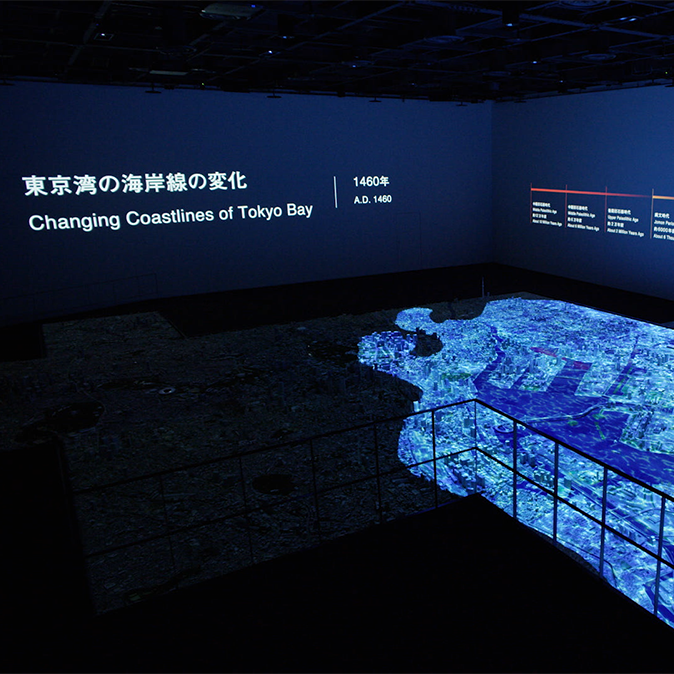 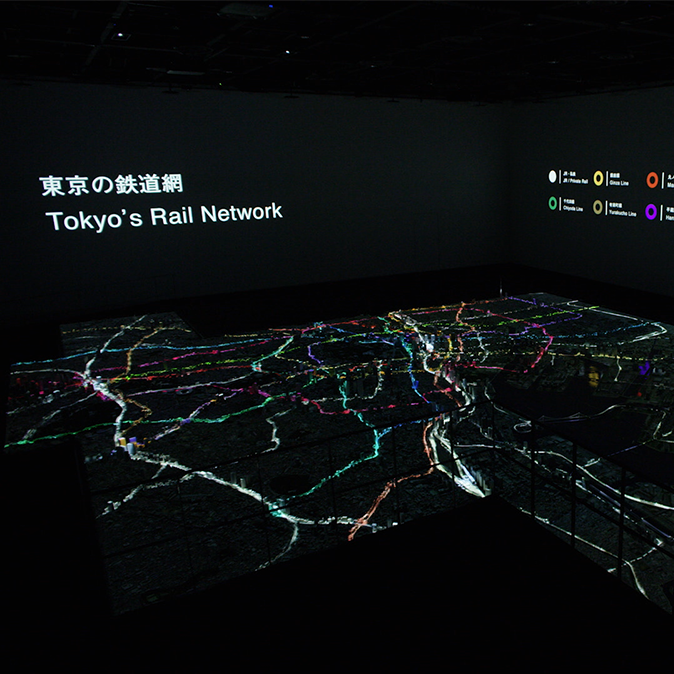 We created a facility housing a 1:1000 scale model of Tokyo representing an area of 24.6 km north–south and 17 km east–west, on which Mori Building presenters can freely map urban data as they explain the company’s urban redevelopment plans. That facility is the Mori Building Urban Lab. The interactive model of the city reveals facets of Tokyo that are normally not visible to the eye: the changing coastline over 120,000 years, the intricacy of the subway network, a heat map of projected population densities through 2050. It is a data projection platform showing Tokyo’s past, present, and future.