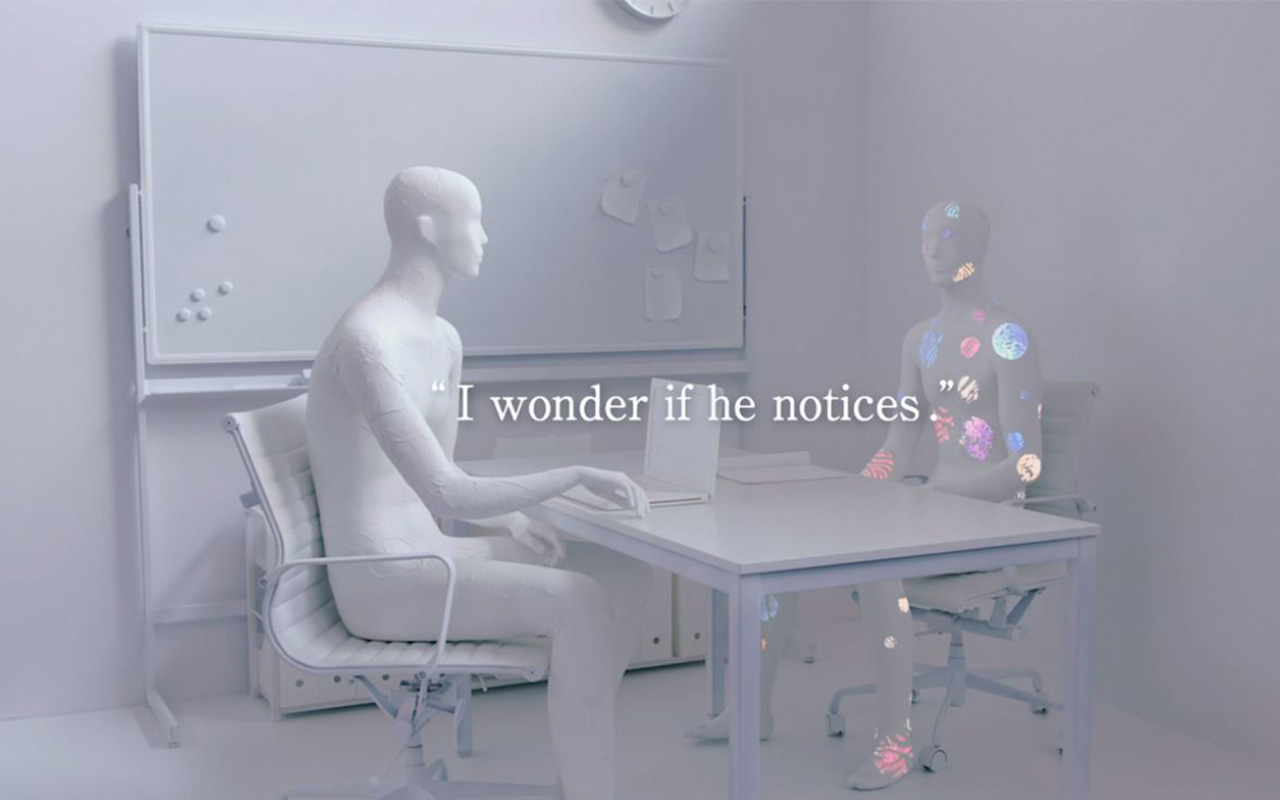 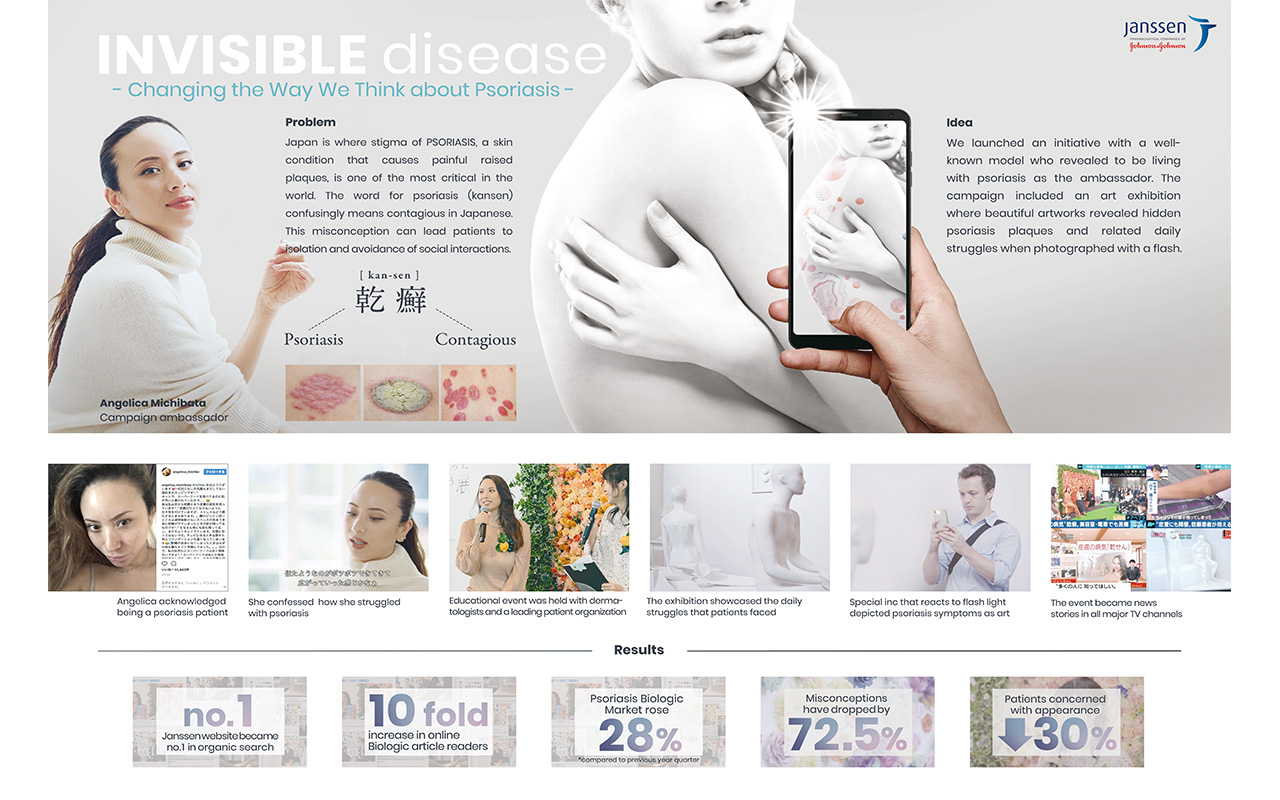 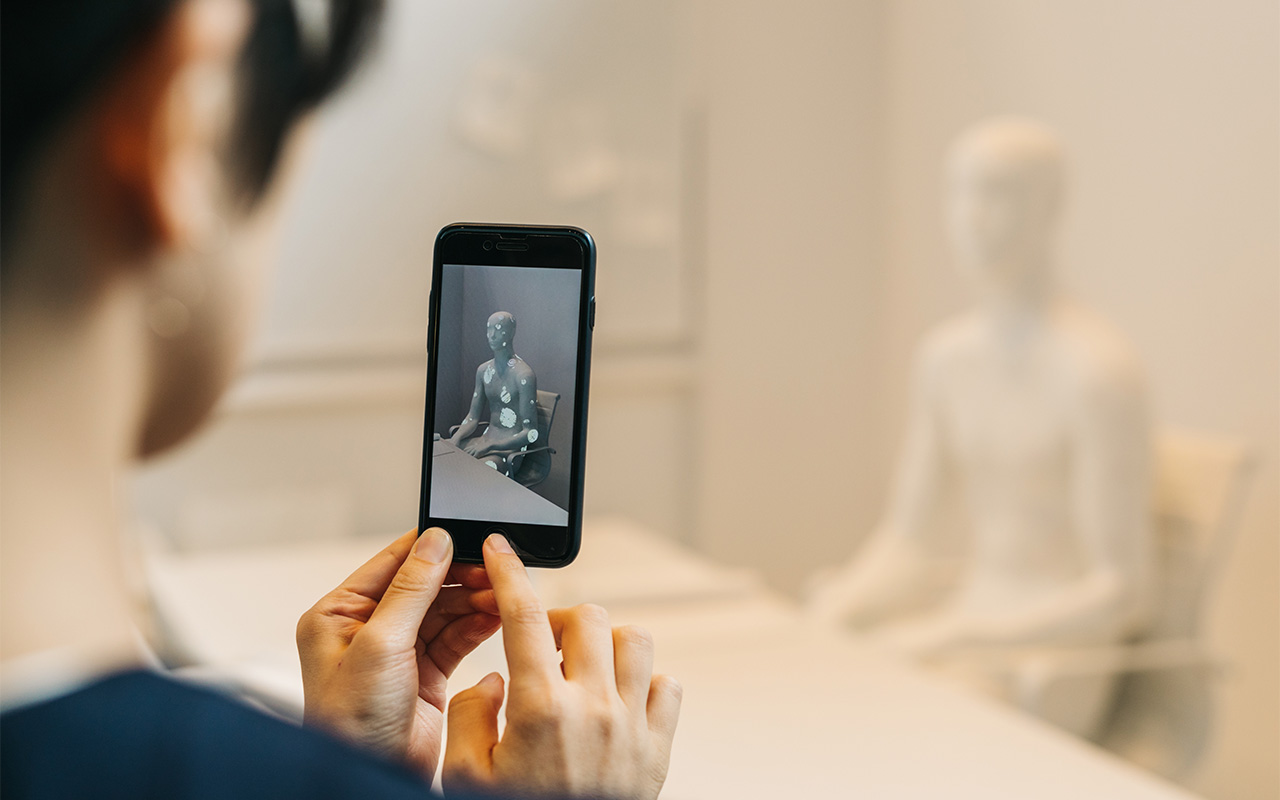 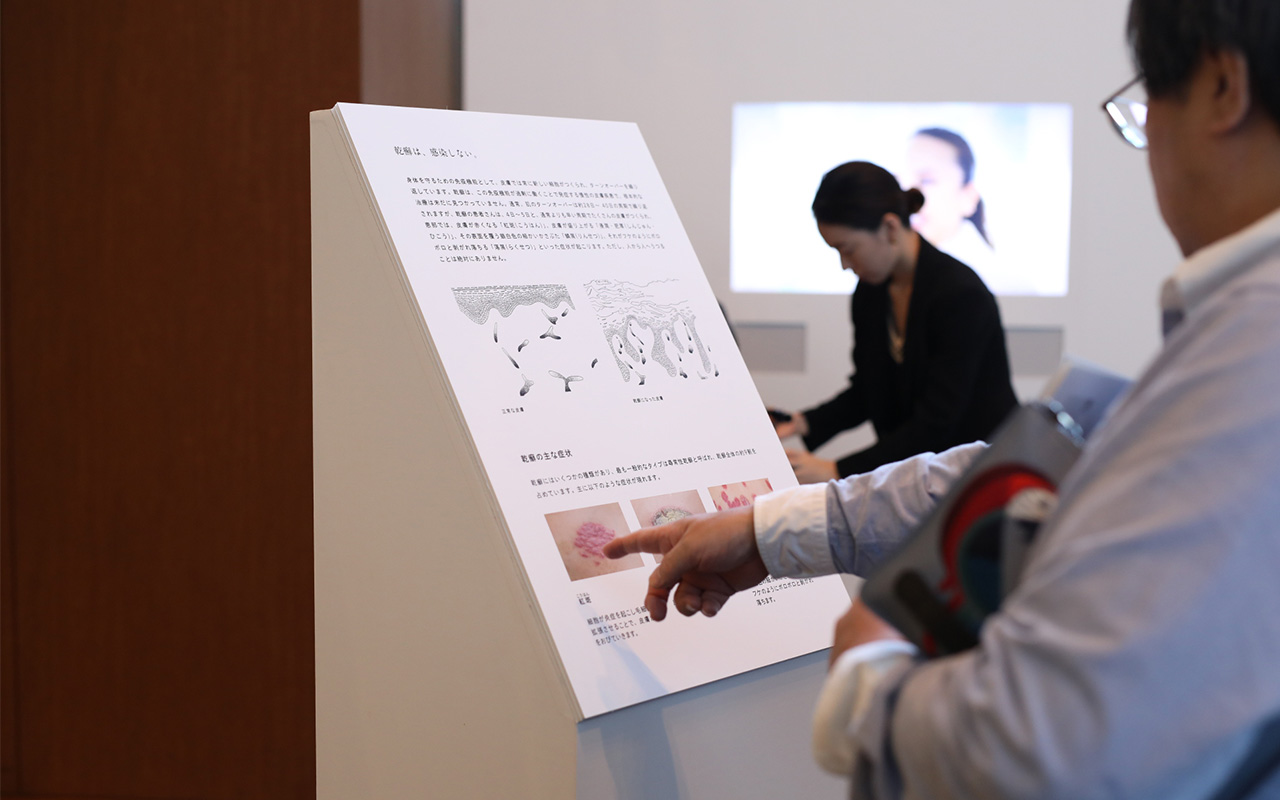 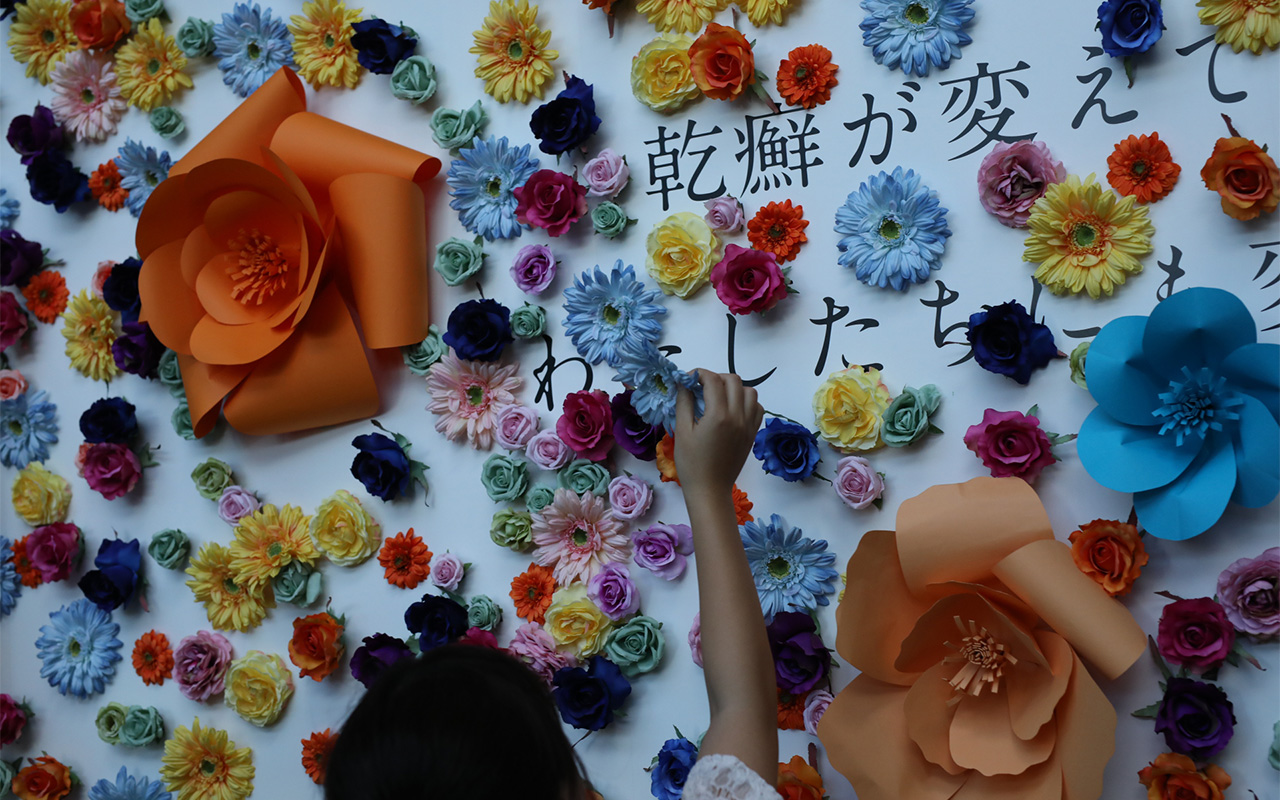 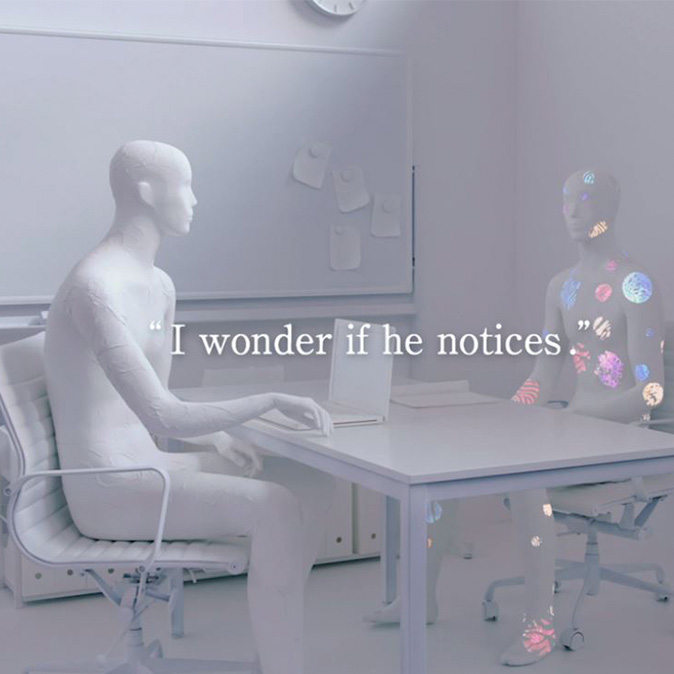 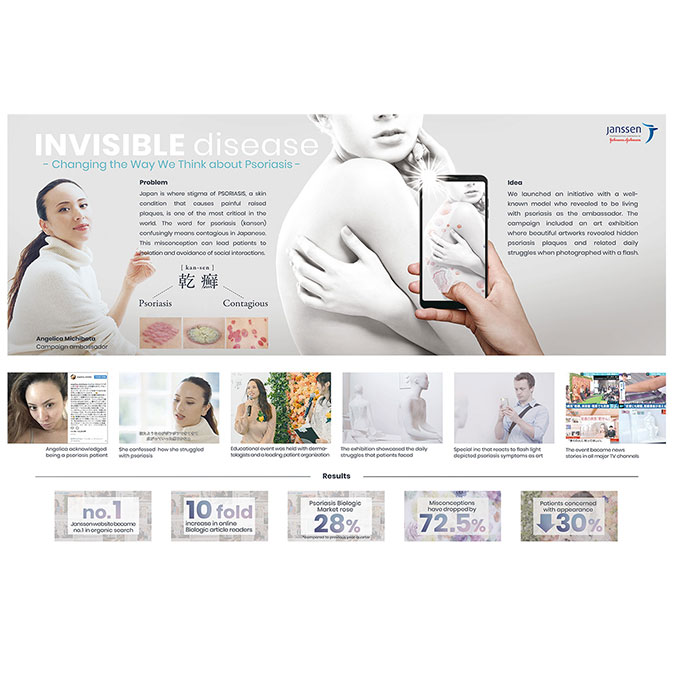 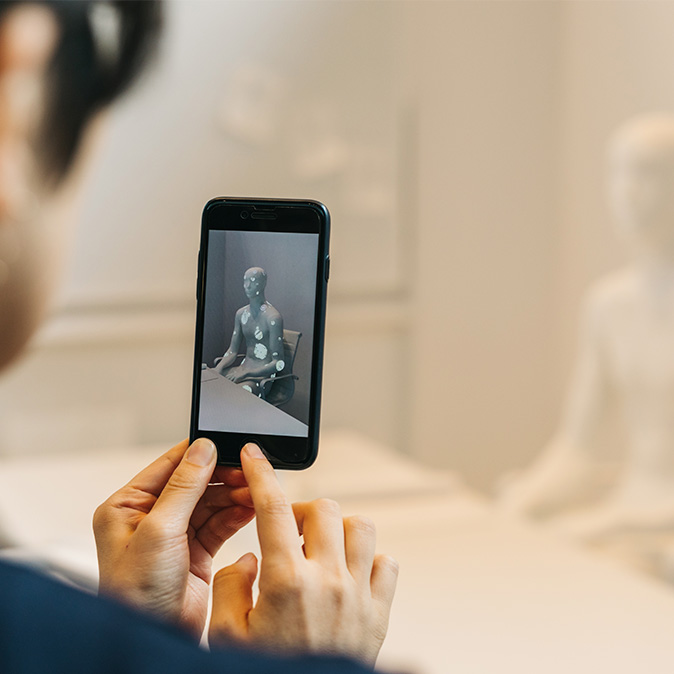 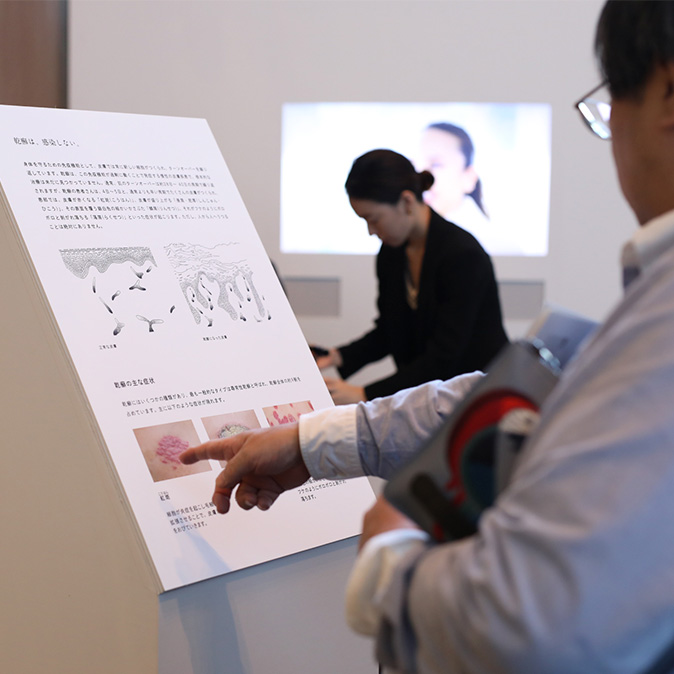 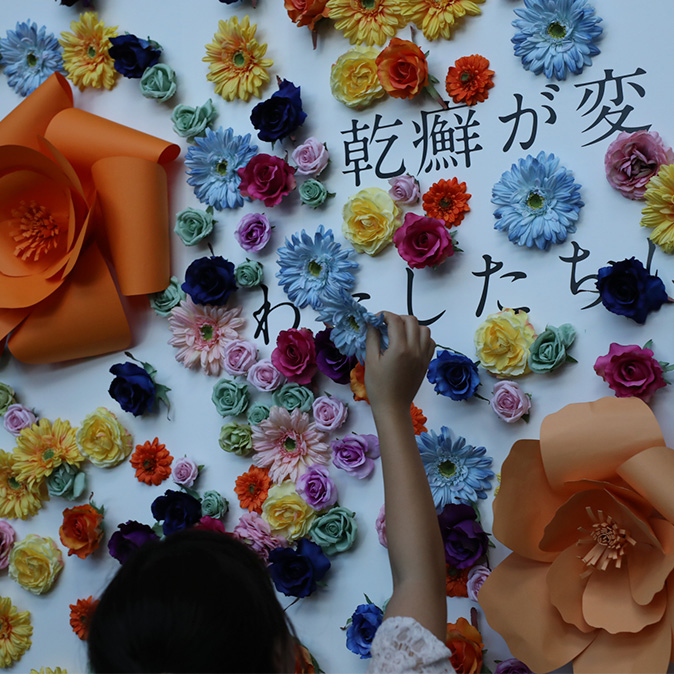 Japan is a country where the stigma of psoriasis, a skin condition that causes painful raised plaques, is among the worst in the world. The word for psoriasis, kansen, confusingly is a homophone for “contagious” in Japanese. The misconception that it is contagious can lead patients to isolate themselves and avoid social interactions.

We launched an initiative with a well-known model who revealed that she is living with psoriasis as the ambassador. The campaign included an art exhibition where beautiful artworks that when photographed with a flash revealed hidden psoriasis plaques and related the daily struggles experienced by people who have psoriasis.

・ Psoriasis patients concerned with their appearance dropped by 30 percentage points