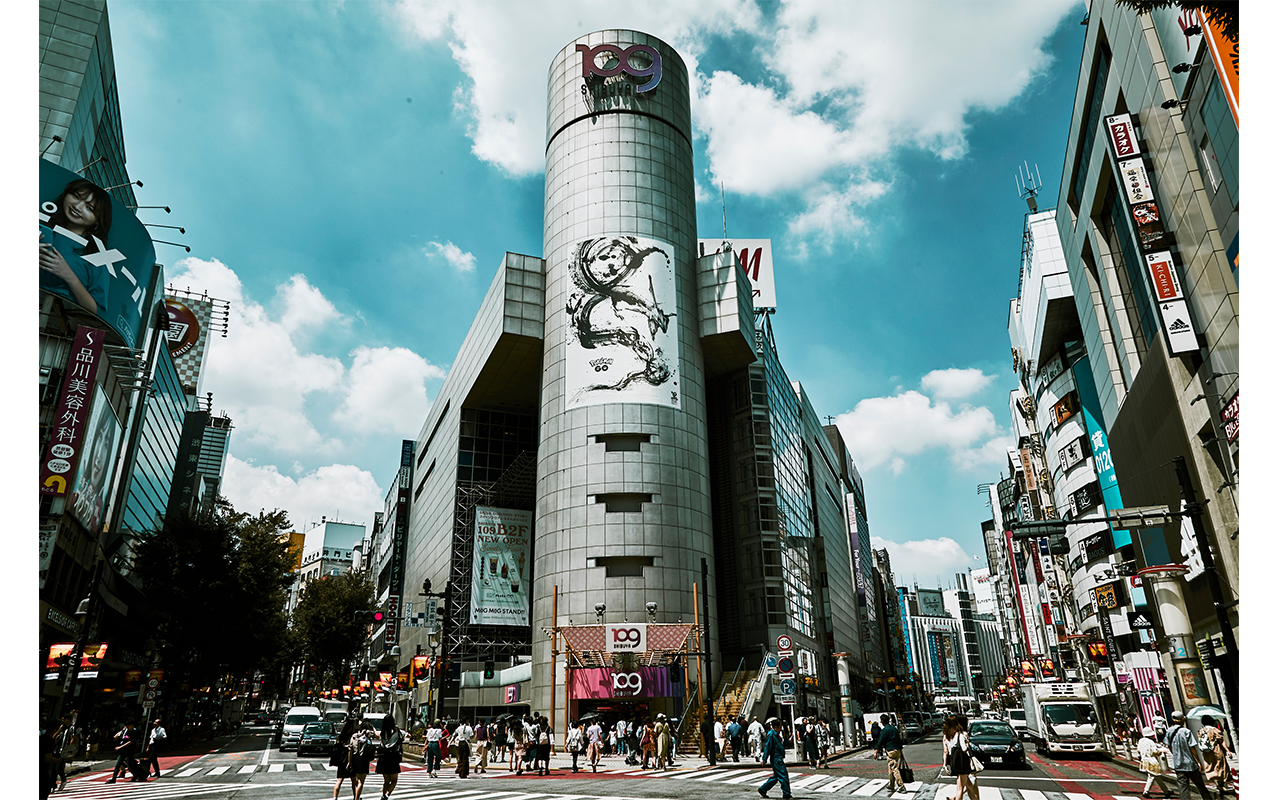 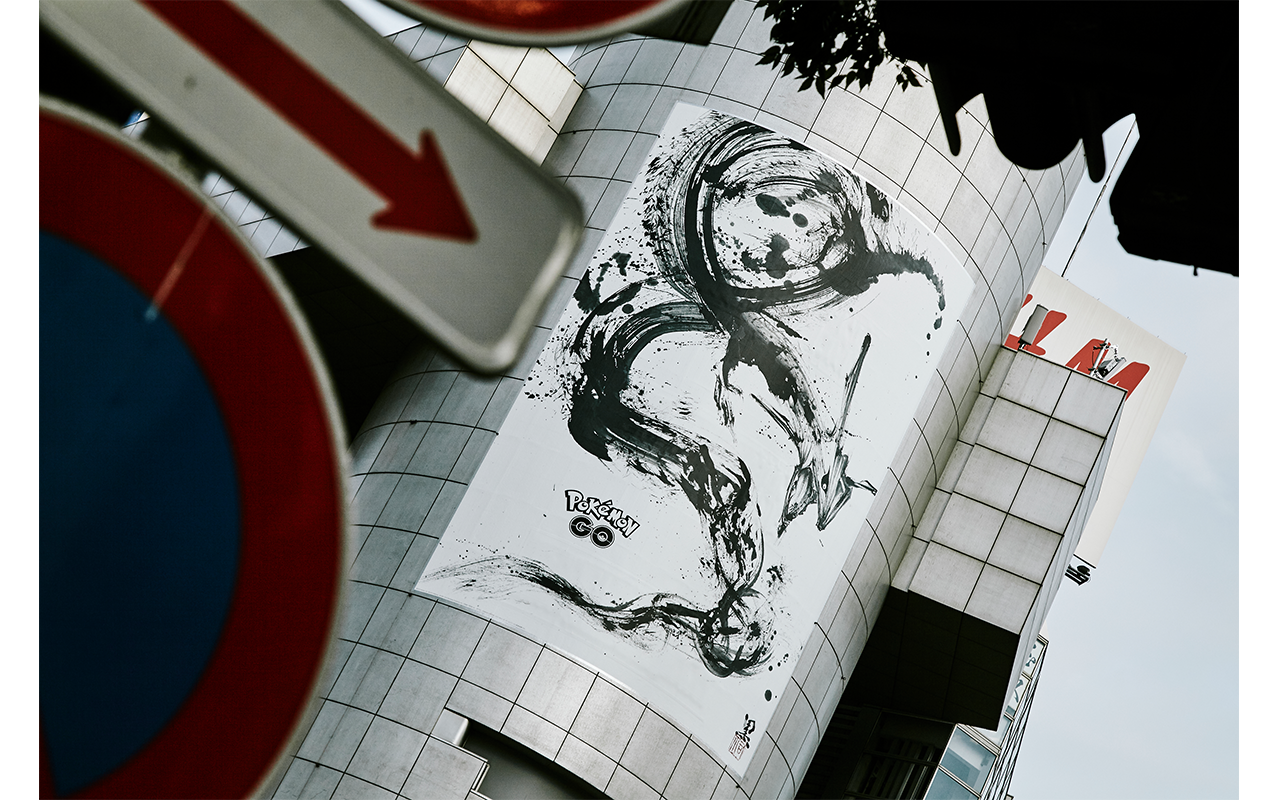 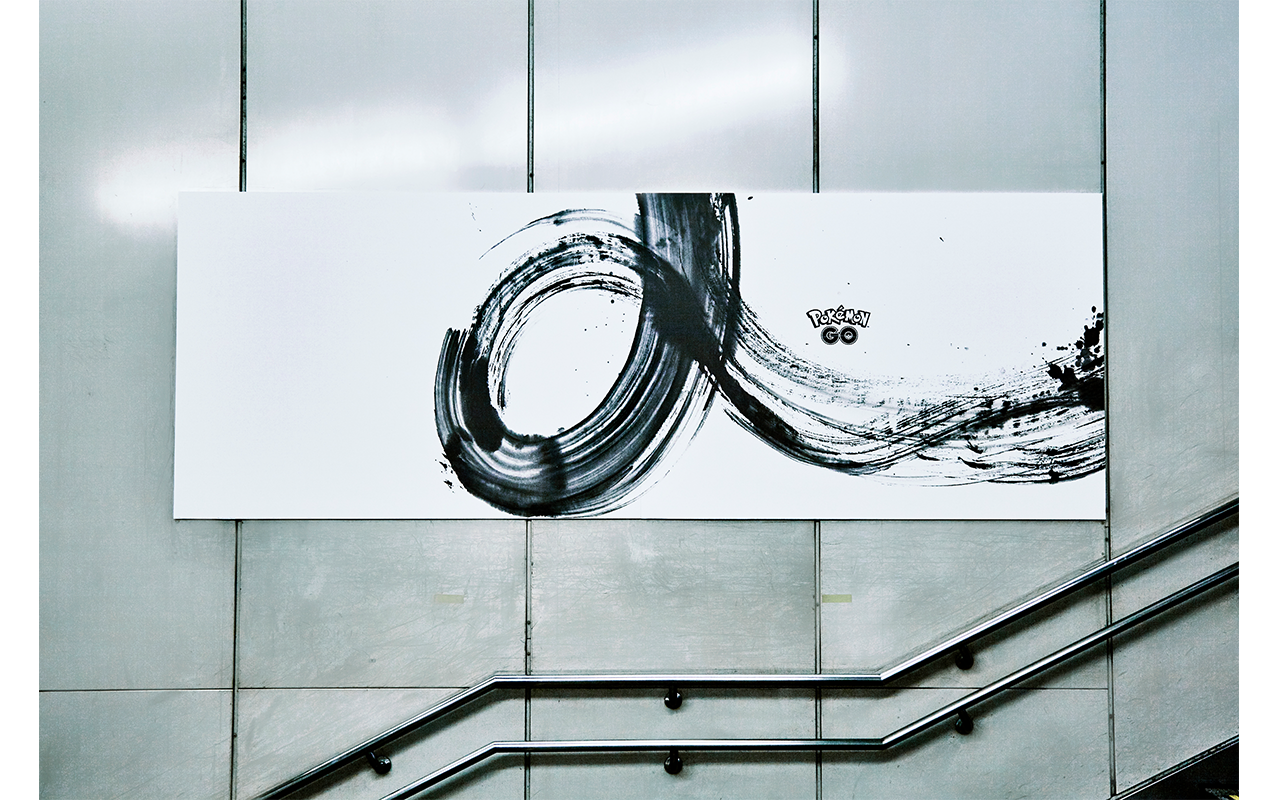 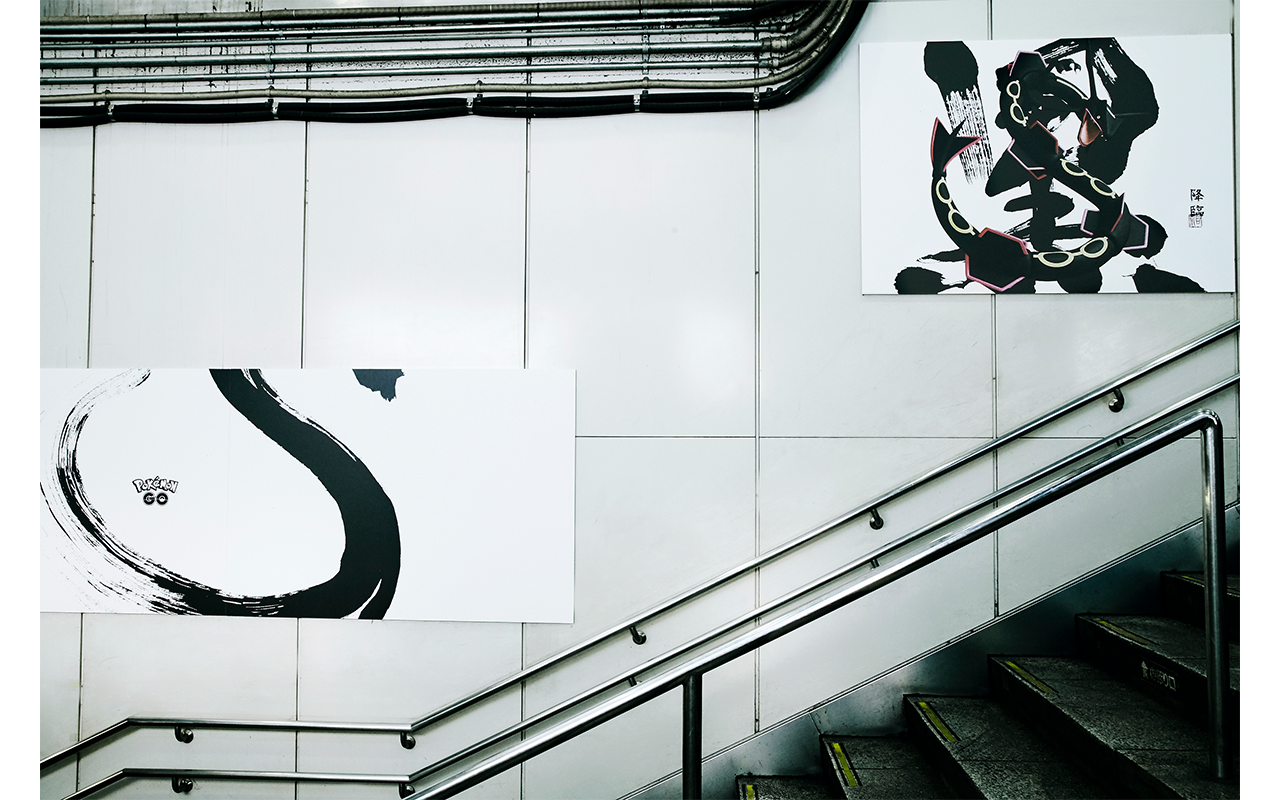 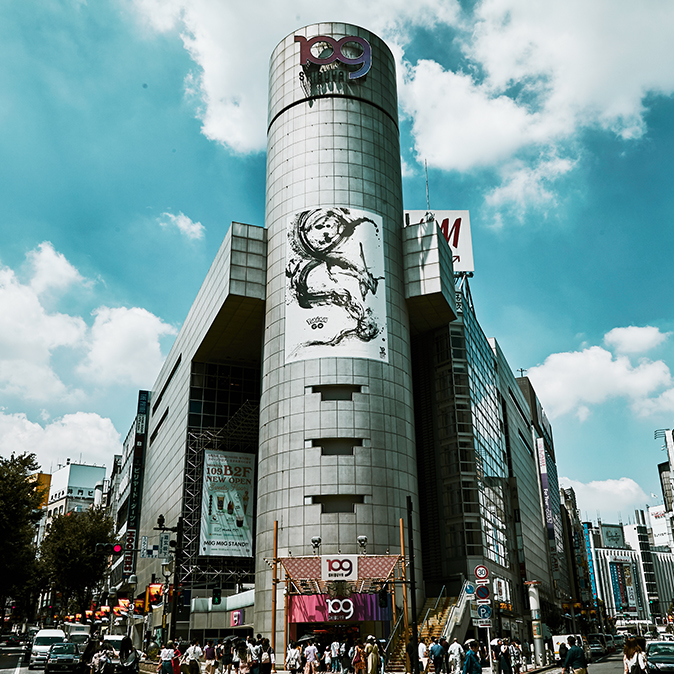 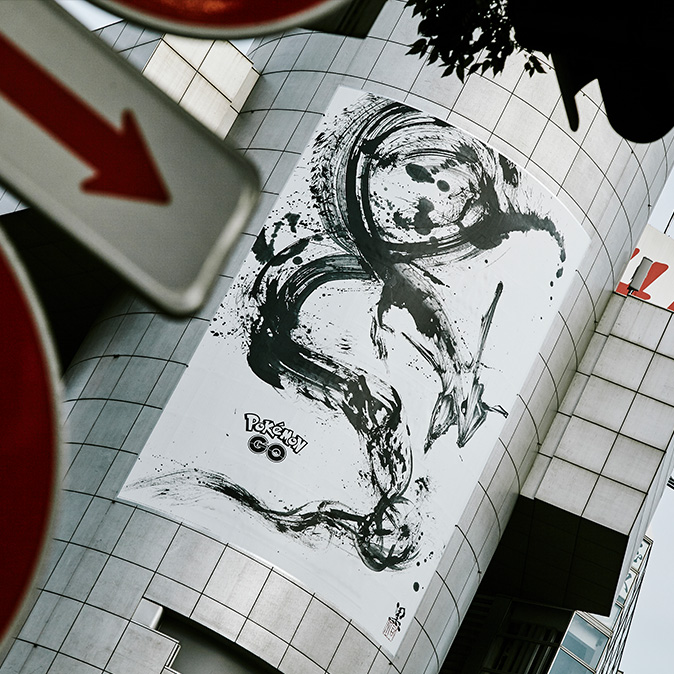 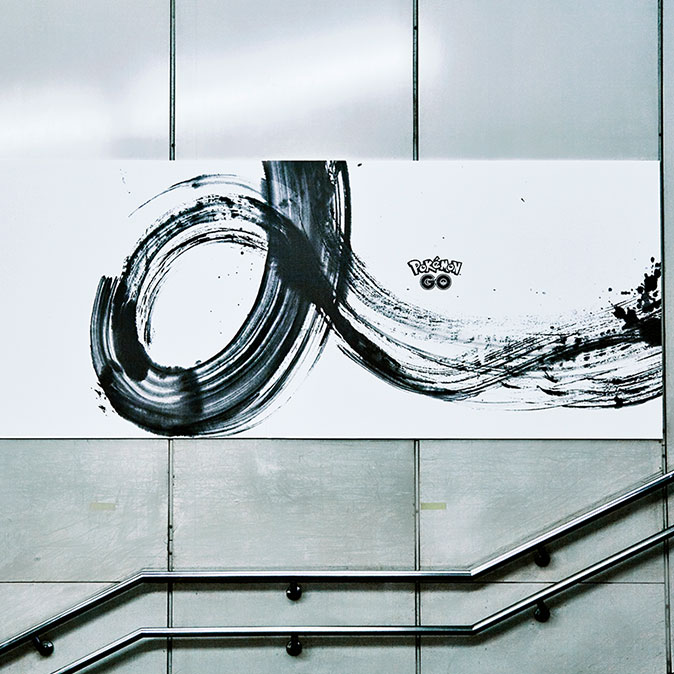 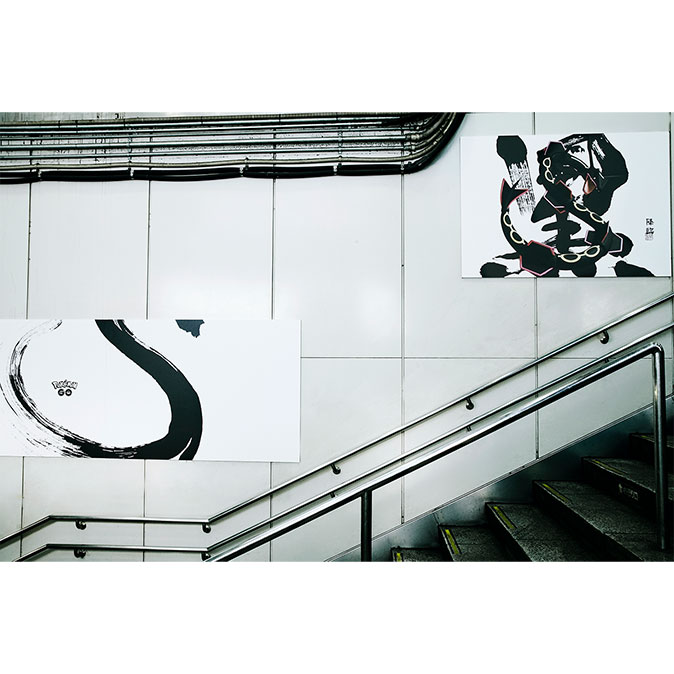 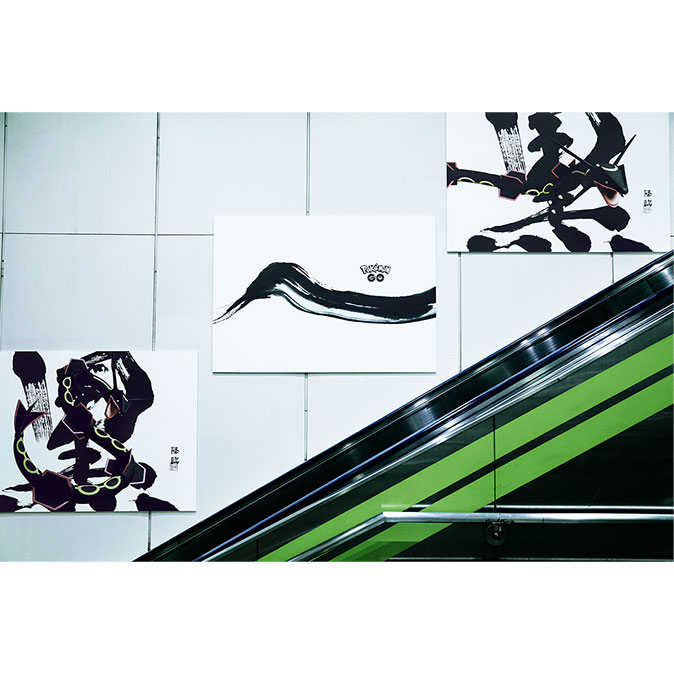 Our mission was to make a strong announcement that Shiny Black Rayquaza, one of the most popular Legendary Pokémon, was available to catch in Pokémon GO.

Rayquaza is like the dragon, a legendary creature in mythology and folklore, so we used sumie, or traditional ink wash painting, which has been practiced since olden times. We created striking artworks of Shiny Black Rayquaza and set them up at Shibuya 109 Tower and Shibuya Station around Shibuya Crossing, which is known as the Times Square of Japan.