Social action at Hakuhodo DY Group
Hakuhodo DY Group’s corporate social responsibility (CSR) programs are rooted in a dedication to bringing new forms of happiness to people and society. This series of interviews features Hakuhodo people who actively apply their creativity, communication skills, and personal talents to tackling social issues beyond the office, with the goal of building a society where everyone can live a fulfilling life true to themselves. 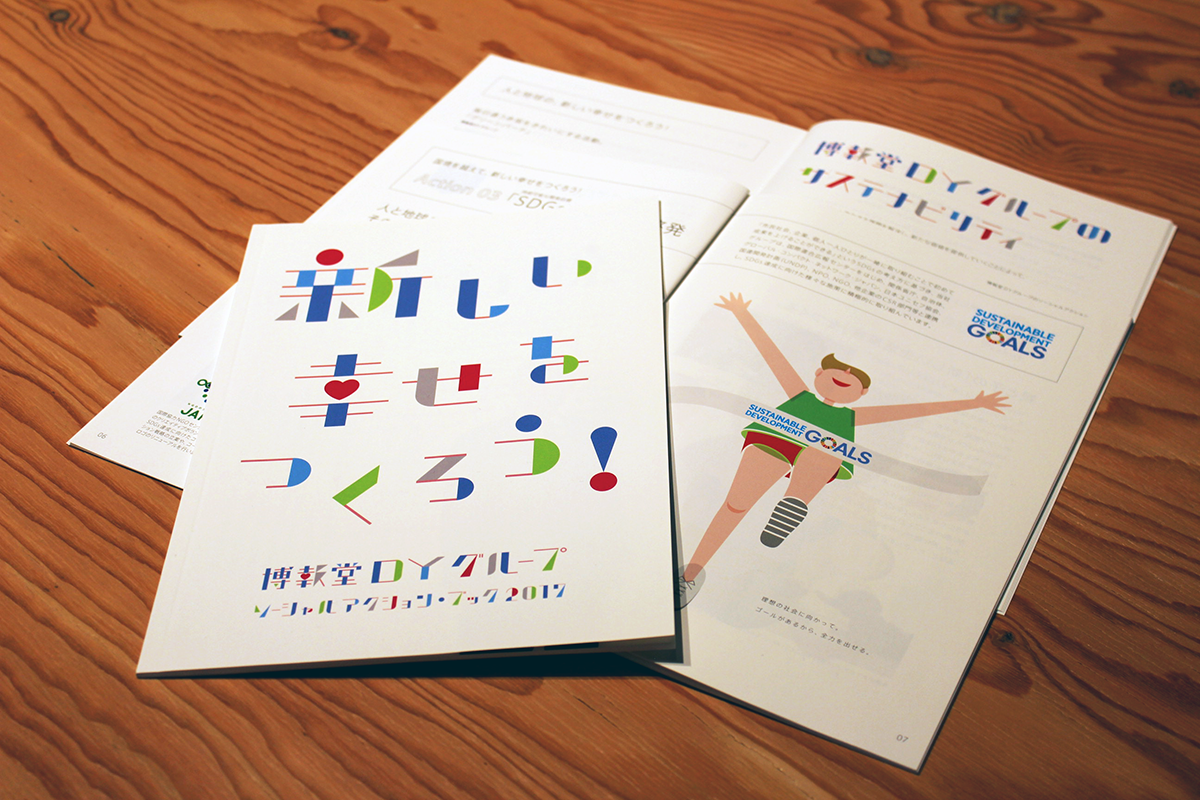 Published in August 2017, the Hakuhodo DY Group Social Action Book 2017: Let’s Create a New Kind of Happiness describes sustainability initiatives being pursued by the Hakuhodo DY Group in areas like the UN sustainable development goals (SDGs), the environment and governance, and employment and human resources development. It also relates what individual employees are doing to bring new forms of happiness to people and society, complete with interviews with them. Hakuhodo director Kiyoshi Takigawa (center), designer Chiharu Shimizu (left), and copywriter Takenori Toyota (right) who worked on planning, designing, and conducting the interviews for the Social Action Book 2017 talked about how they created it. 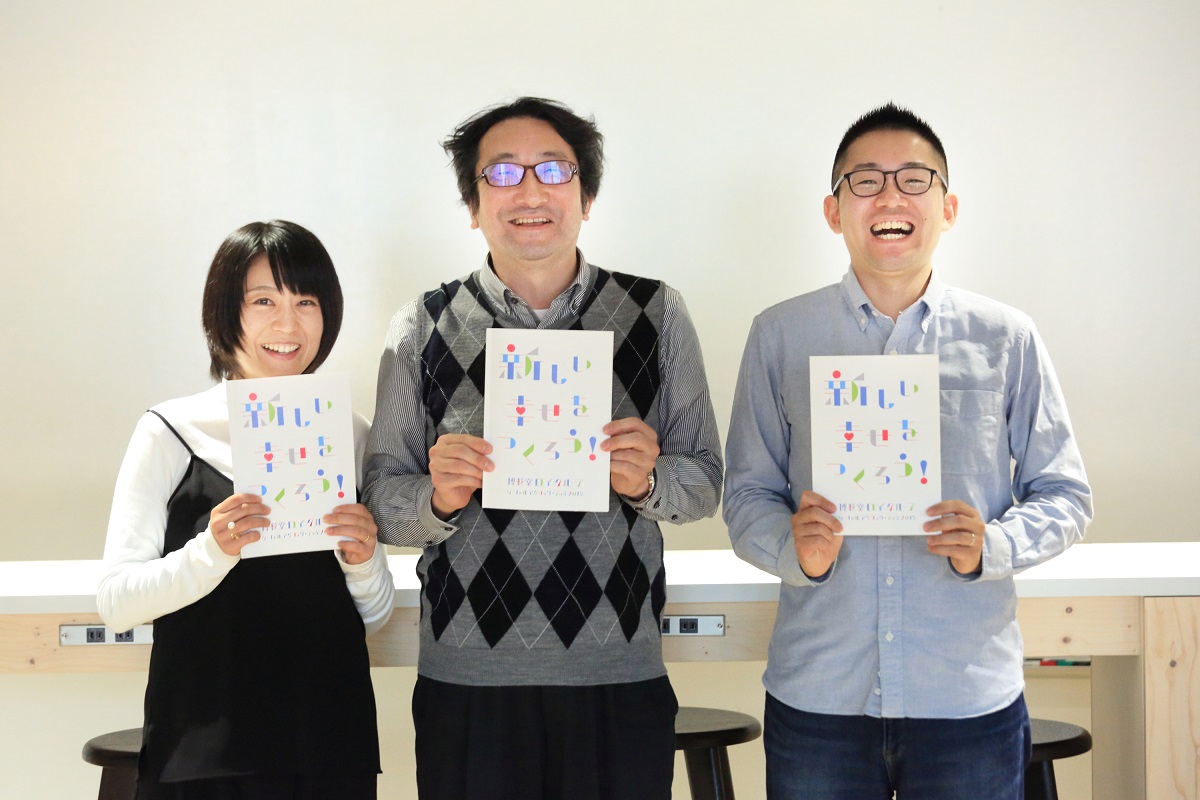 The twin ideas contained in the title: happiness and creativity

TAKIGAWA: The title “Let’s Create a New Kind of Happiness” contains two elements: the keyword “happiness” as in Hakuhodo DY Group’s CSR philosophy of bringing happiness to people and society, and “creativity,” which is our forte. We were originally thinking of going with the title “100 Creative Actions for a Slightly Happier World,” but Toyota-san kept coming up with new ideas, including the phrase “a new kind of happiness.” We settled on “Let’s Create a New Kind of Happiness” because we wanted a title that gave readers a sense of the human warmth of those of us who work here. After all, happiness is what it’s all about. 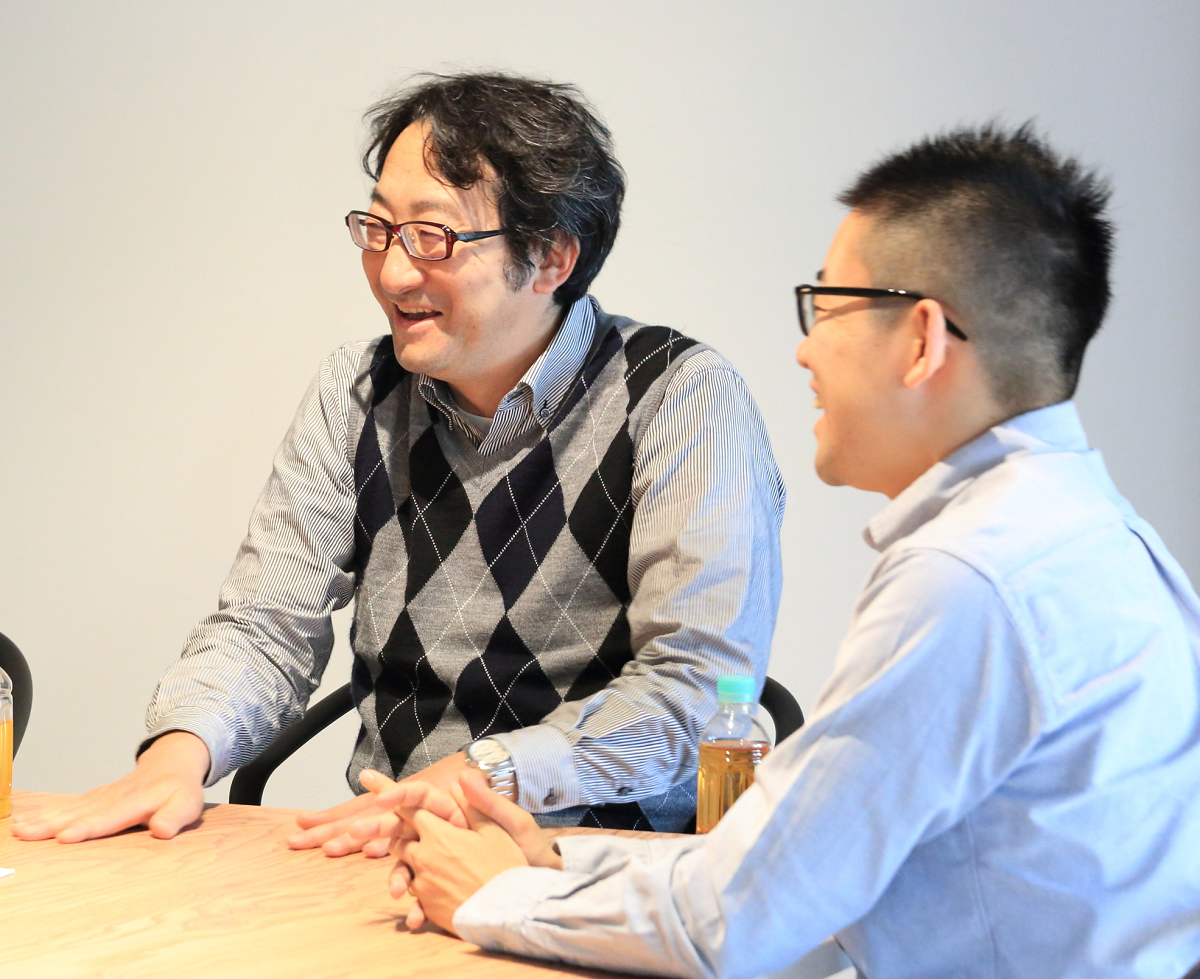 TOYOTA: The Hakuhodo DY Group currently has some 89 social action programs, which are publicized on our website. The booklet is a rundown of them. It spotlights the employees actually engaged in each initiative, and showcases in interview format their commitment to their project and the new forms of happiness they aim to create through it. The interviews take the form of two-page spreads, and we added copy that sums up the employees’ aims in a word and got Shimizu to draw the illustrations. We pooled our ideas as a team as we went about putting the booklet together. 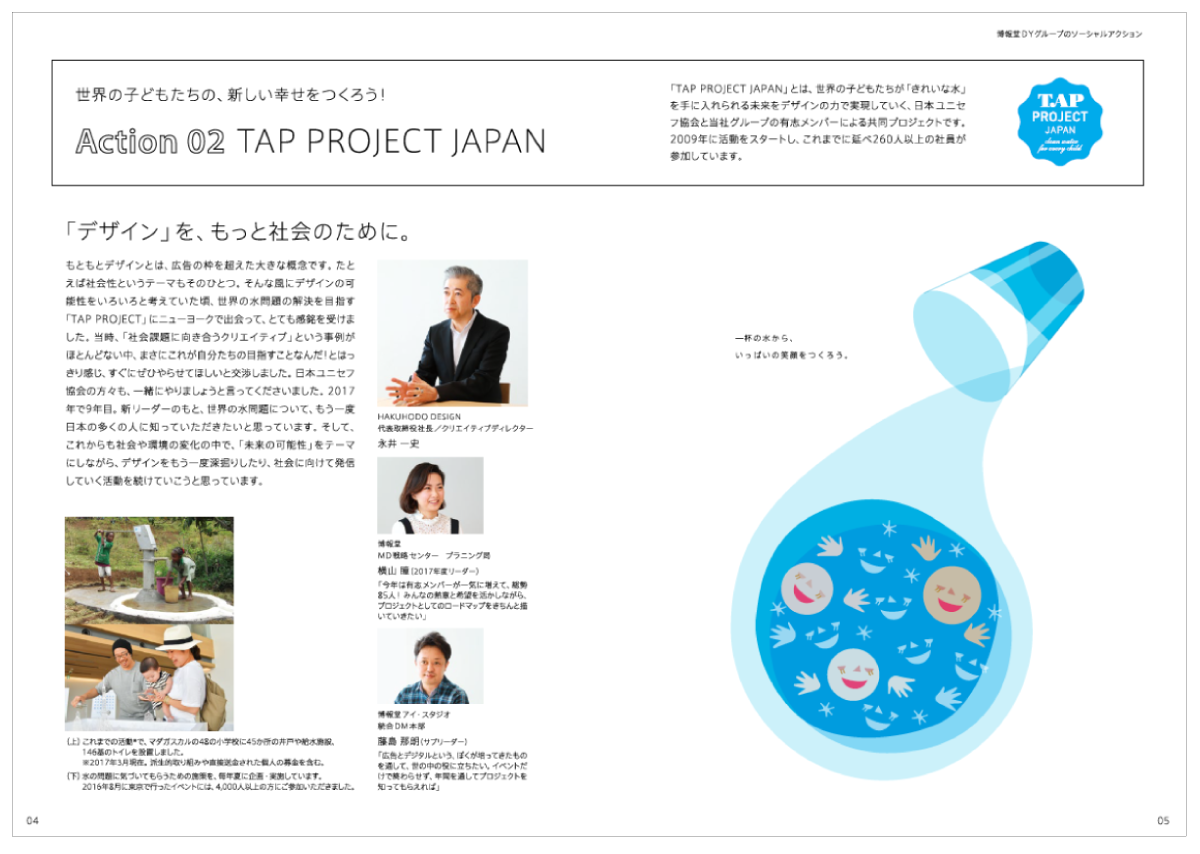 TAKIGAWA: For me personally, happiness means, for example, the spontaneous desire to be considerate of others, or the moment when you experience human kindness and warmth. Happiness differs from one person to the next. An increase in the degree of your existing happiness is a form of happiness too. Such different varieties of happiness are, I believe, all new forms of happiness. On the interview pages we wanted to highlight the featured employees’ unadulterated aspirations for happiness in new forms.

TOYOTA: As I listened to them talking about their commitment and motivation for what they were doing, the desire to support their activities as a company colleague spontaneously welled up inside me.

SHIMIZU: When the Group employees read the booklet, I bet they’ll be inspired by what their colleagues are up to and discover fresh motivation. 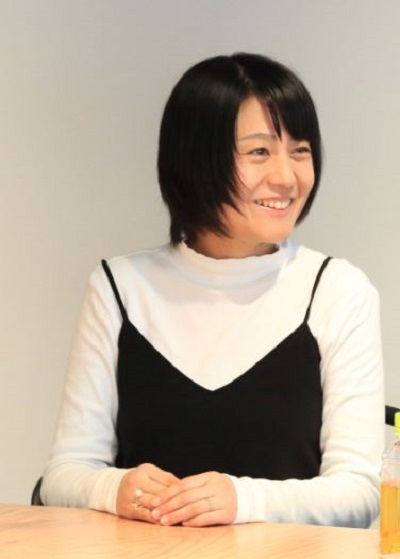 SHIMIZU: Catching the eye with each initiative required getting the message across intuitively in a flash. While consulting with the employees who appear in the pamphlet, I spent a good deal of time perfecting each of the custom illustrations symbolizing the initiatives. We wanted people of all ages to read the thing, so as we worked on the design we asked ourselves, for instance, whether it would make sense to kids too. 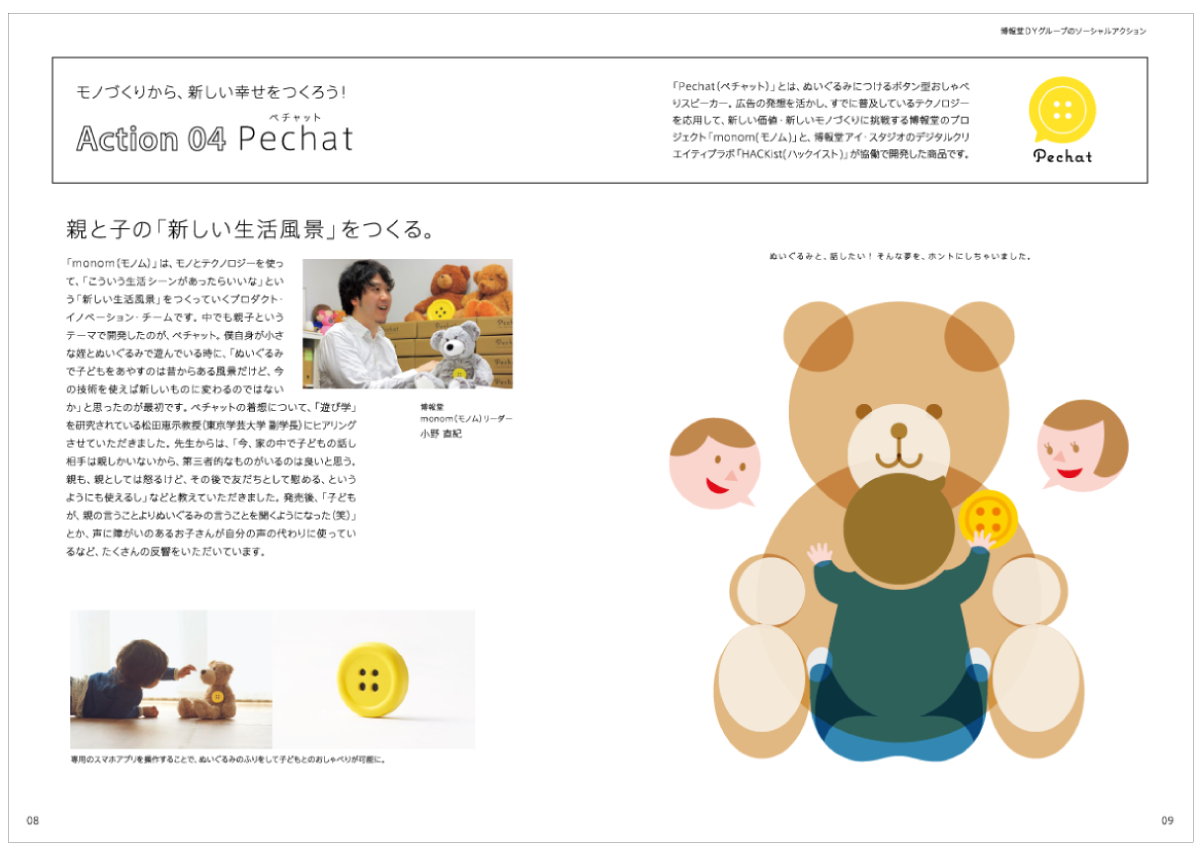 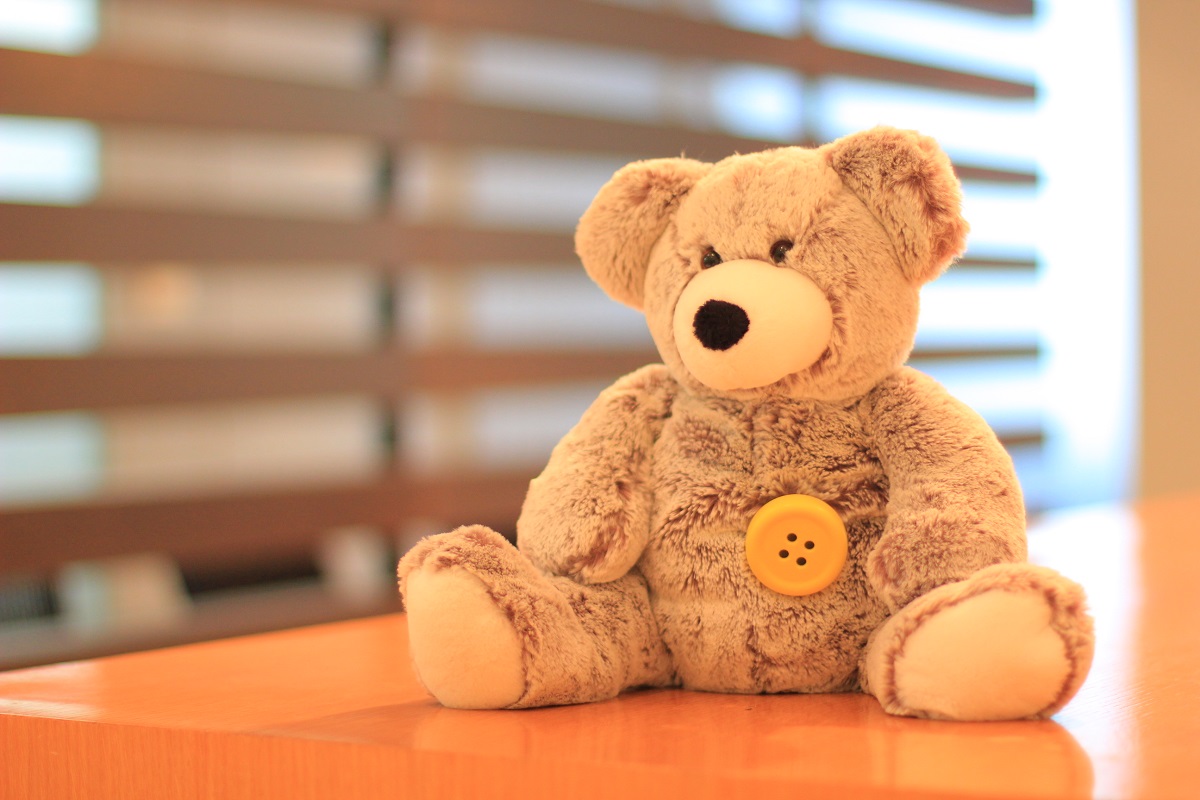 SHIMIZU: We tried to make the typography appear cheerful and friendly while at the same time giving an impression of sincerity—a design that makes you want to turn the page. We incorporated the logo colors of the Group companies—Hakuhodo, Daiko, Yomiko, Hakuhodo DY Media Partners, and kyu—and featured those five colors in the illustrations. 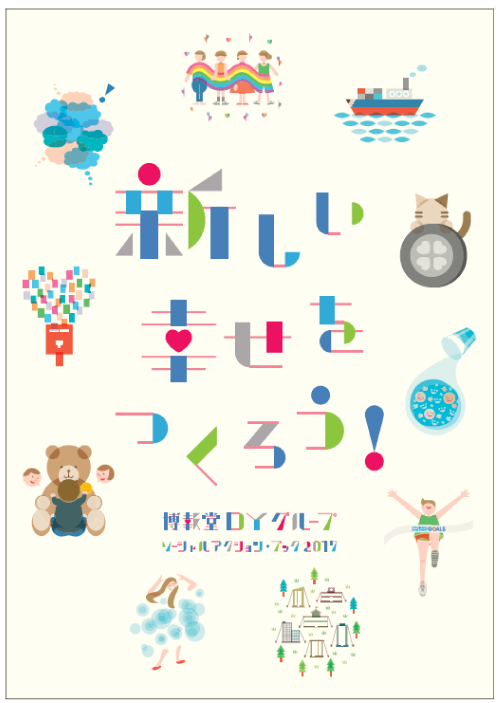 This poster was produced for employees at the time of the booklet’s release.
The illustrations are taken from the interview pages.

TAKIGAWA: Our job is all about communication. And when it comes to communication, only if you give full voice to how all involved feel and what the creators are thinking will people stop to look, sympathize, and join you in taking action. That’s something I’ve come to feel over my thirty-year career as a copywriter, and working on producing this booklet has made me even more convinced of it.

TOYOTA: People won’t choose your product if you simply harp on about its advantages, like it tastes great or it’s handy. Unless you can show how it enriches people’s lives, or what good it will do for the world’s future, nobody these days will see any new value in it. In the course of our respective jobs, I feel it’s going to become more vital than ever that we produce output with a message while taking into account considerations like the Sustainable Development Goals (SDGs) adopted by the United Nations. 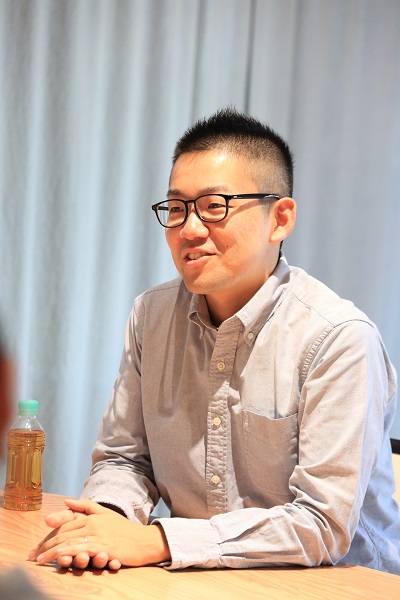 Diversity in forms of happiness will, I think, be a keynote of society going forward. Happiness no longer assumes clearly defined forms; allowing different values to coexist in the same place—acknowledging other forms of happiness and recognizing that they may constitute happiness too—is I believe vital. I, for example, am a working father, and I believe in the importance of seeking to create workplace arrangements that properly allow you to achieve your version of happiness and others to achieve theirs, while maintaining a dialog with people in different circumstances, whether they have kids or not.

SHIMIZU: A multitude of challenges lurk behind these new forms of happiness. Issues of global import like poverty and environmental destruction lie behind the SDGs. Left unchecked, they’ll continue to take a negative toll, but an infusion of the kind of ideas that only an advertising agency would come up with could change things for the better. New value and new forms of happiness are born of creativity. Somehow being of use to people and benefitting them by solving their problems is, I now believe, the way to deliver new forms of happiness rooted in Hakuhodo’s cherished philosophy of Sei-katsu-sha Insight. 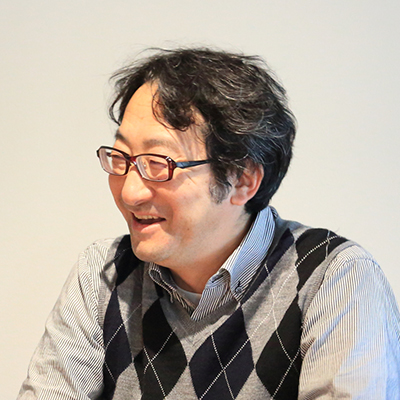 Kiyoshi Takigawa
Director, Creative Division 3, Market Design Strategy Headquarters
Joined Hakuhodo in 1986. Kiyoshi Takigawa worked on marketing communications as a copywriter throughout his career, except for a three-year stint with the company’s management arm. He believes in always putting words center stage. 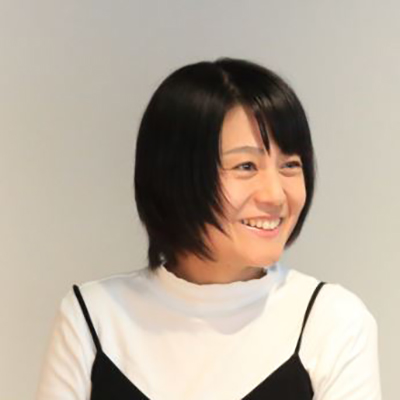 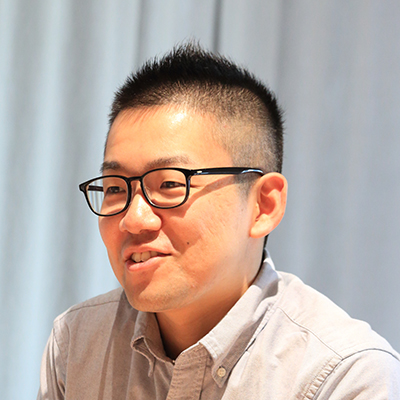