Hakuhodo DY Group’s corporate social responsibility (CSR) programs are rooted in a dedication to bringing new forms of happiness to people and society. This series of interviews features Hakuhodo people who actively apply their creativity, communication skills, and personal talents to tackling social issues beyond the office, with the goal of building a society where everyone can live a fulfilling life true to themselves. 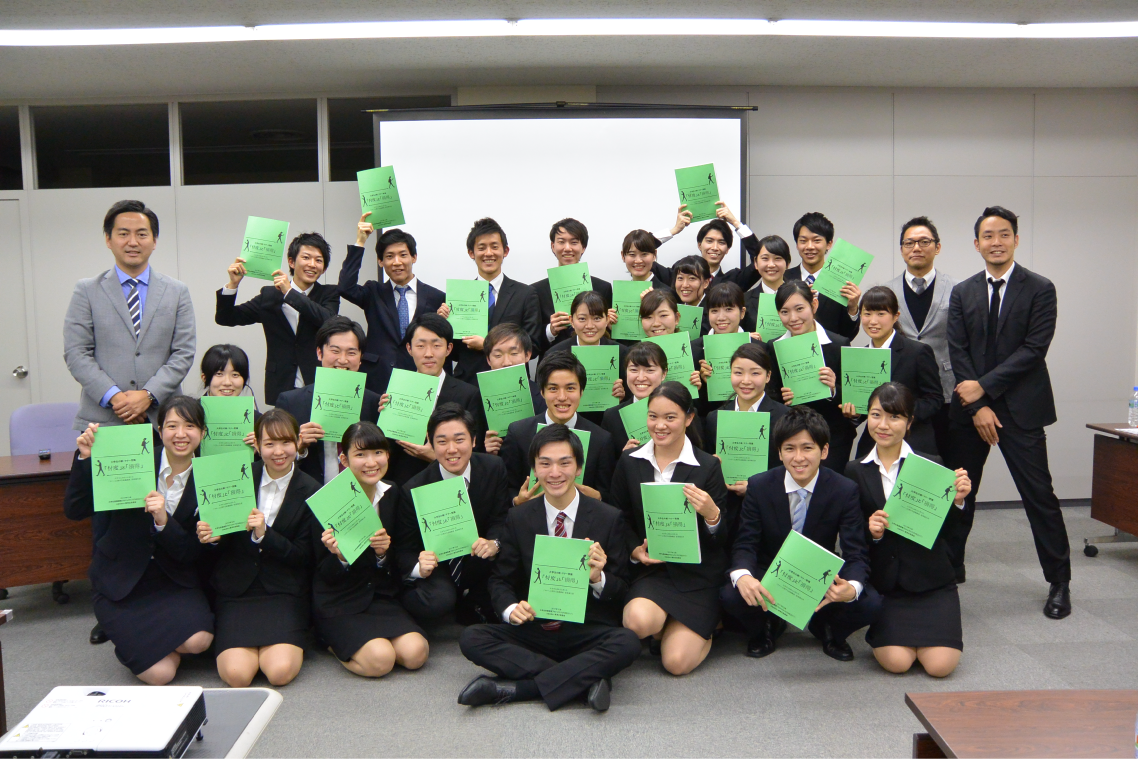 The FUTURE project, an attitude survey of and by university students in Japan, commenced in 1994 under the aegis of the Tokyo Advertising Association with the goal of enabling students to learn the nuts and bolts of advertising and marketing and research. Hakuhodo employees have served as technical advisors to the program since it began in 1994. The 2017 survey, the 23rd, examined Japanese university students’ attitudes to etiquette. The results, released in December under the title “Weighing the Pros and Cons,” reveal today’s university students’ unique take on what constitutes good manners. 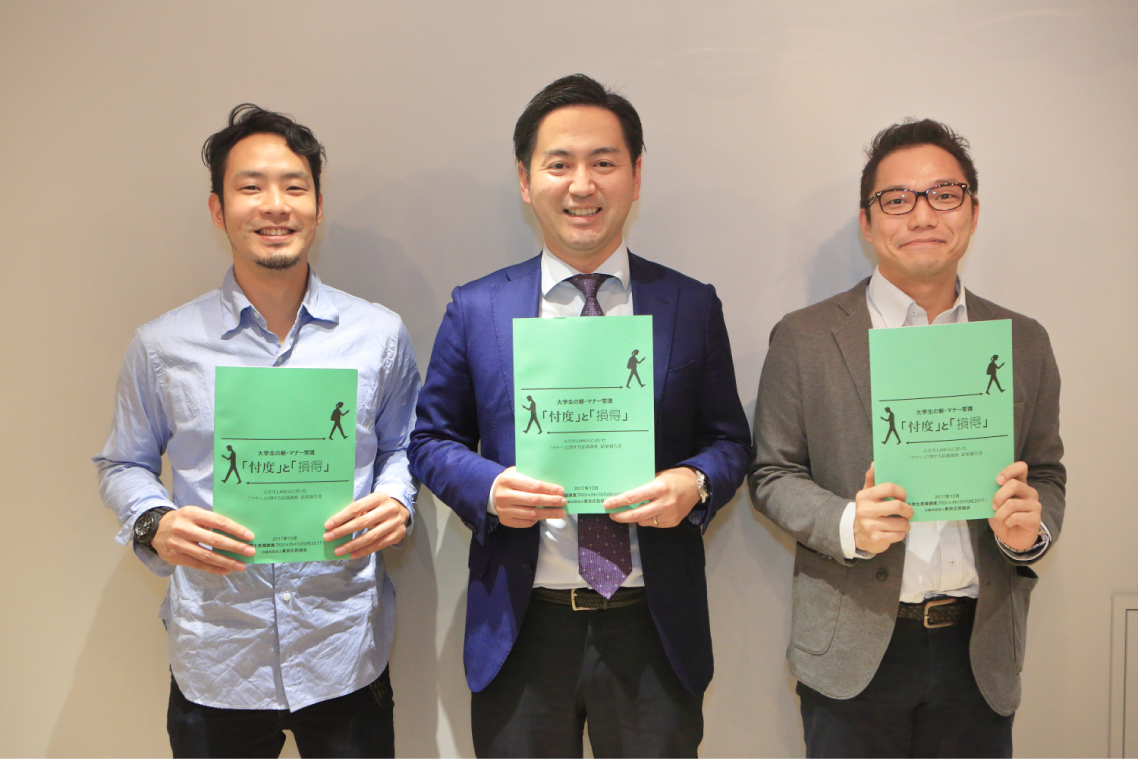 Eiichiro Yoshida of Strategic Planning (center, affiliation as of the time of the interview), project advisor since 2002; Susumu Koga (right) of Strategic Planning; and Shintaro Teramae of the Business Process Consulting Department (left), who joined the project this year

Students plan, run, and analyze the survey and brief the press themselves

YOSHIDA: The name of the project, FUTURE, stands for “Five Universities in Tokyo Uni-Research.” It commences each April, when advertising and marketing students at several private universities, get together to decide the current year’s survey topic with the project advisors. A survey form is drawn up in July based on the agreed topic, and the students themselves administer the survey to 1,000 of their peers in the Greater Tokyo region. They then analyze the computerized results, compile them into a report, and hold a press conference in early December. 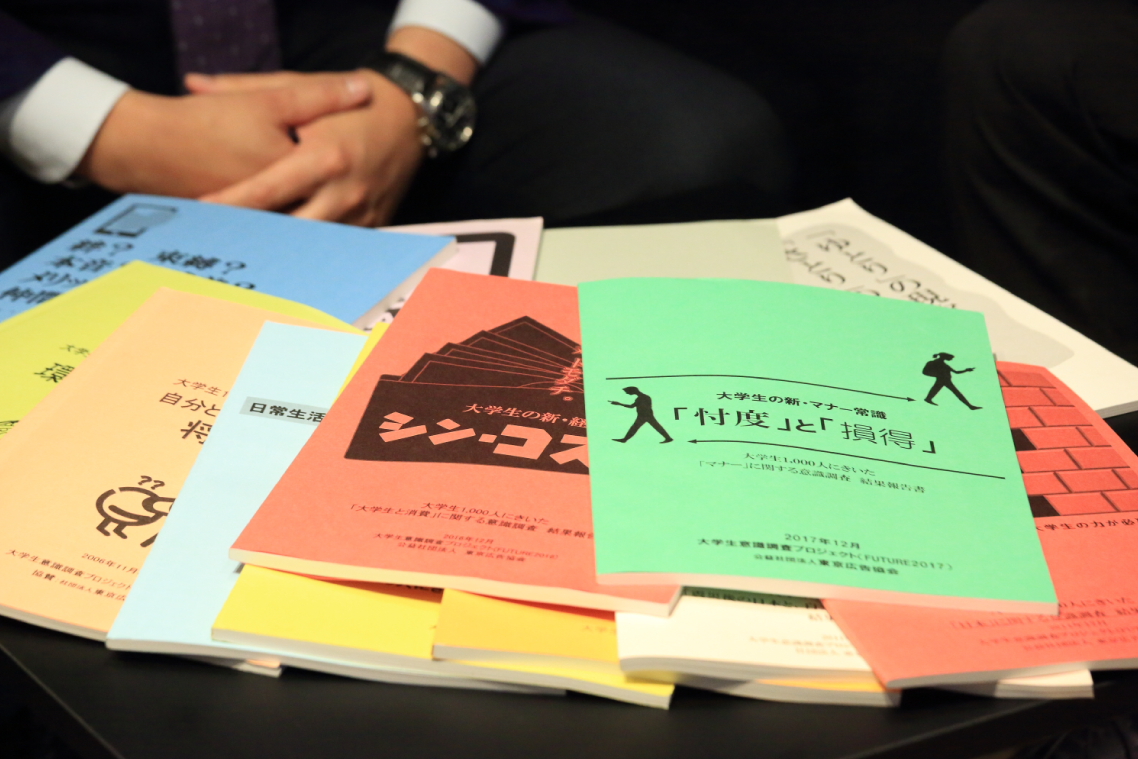 KOGA: For the 2017 survey, 29 advertising and marketing students came together from six universities—Aoyama Gakuin University, Komazawa University, Sophia University, Senshu University, Chiba University of Commerce, and Nihon University. They worked together on the project for eight months between the team’s launch in April and the press conference in December. Hakuhodo staff met with the 29 students each Monday at Hakuhodo’s offices in Akasaka to thrash things out. Those sessions were pretty intense.

YOSHIDA: The news about how Japanese fans were praised around the world for cleaning up after themselves following World Cup matches is still fresh in memory. Since the awarding of the 2020 Olympics and Paralympics to Tokyo, progress has been made on various fronts like promoting separate smoking areas and ensuring accessibility. On the other hand, you now see a lot in the news about new etiquette concerns that have emerged with the march of technology, an obvious example being distracted walking. How do today’s university students feel about matters of etiquette that have yet to be institutionalized? This survey unraveled the attitudes of today’s university students to what constitutes good manners. 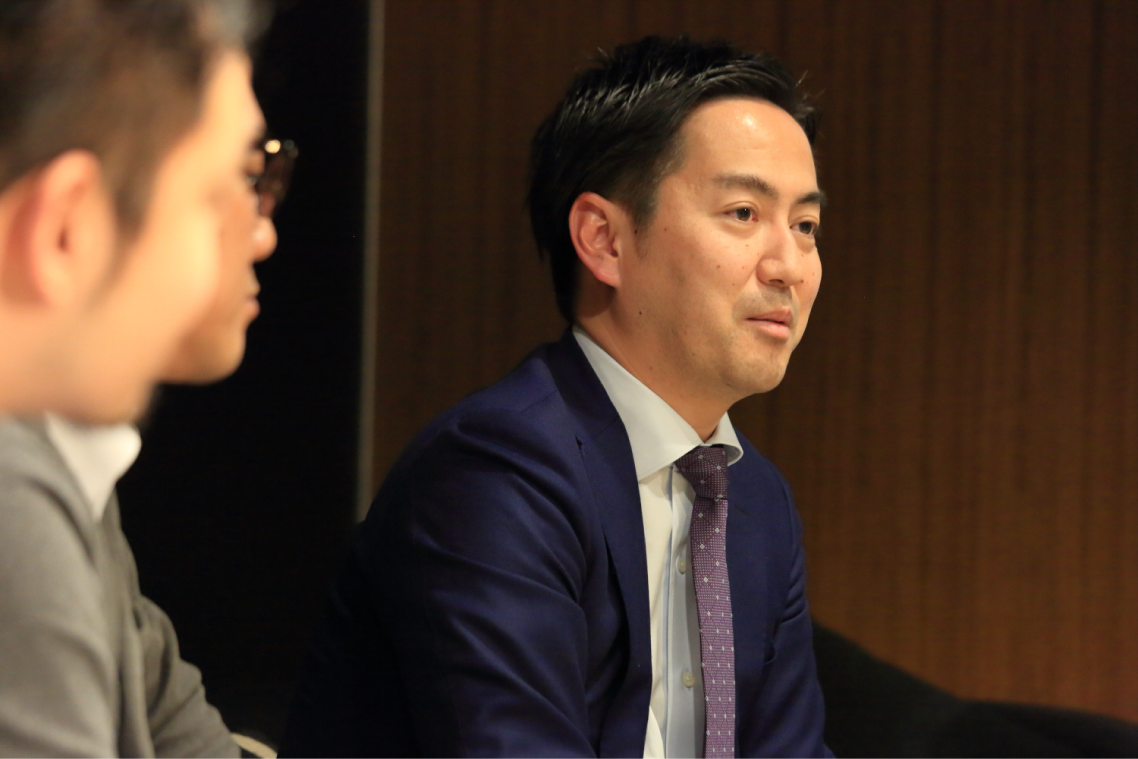 KOGA: The survey found that while university students are sensible and knowledgeable about etiquette in public, their perceptions of etiquette differ from those of the general populace when it comes to smartphone use and communicating on social media. They also have their own criteria for judging behaviors that may or may not be breaches of etiquette. 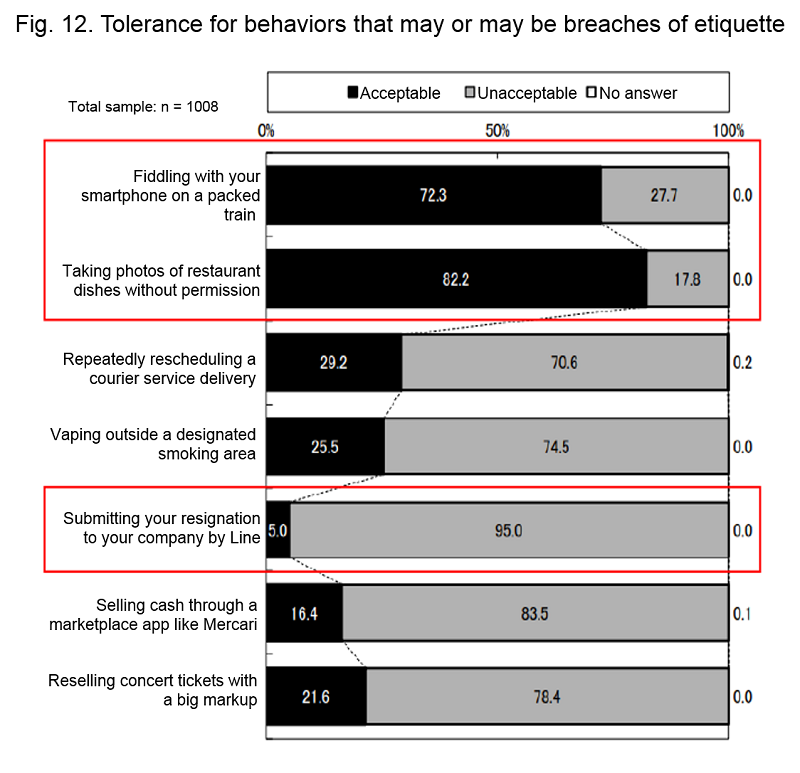 TERAMAE: The results also revealed that students tend to consider what friends and acquaintances will think. For example, when unable to respond to a Line message straight away, they choose to leave it unread rather than read it and ignore it; and if they need to respond immediately to a Line message, they will do so even if they’re conversing with someone. Another thing that can be seen from the survey results is that students put a premium on efficiency. They’re very rational and tolerant about gray areas of etiquette—for example, photographing the blackboard and slides during class in order to keep an accurate record of what was taught, or sitting in a priority seat if there’s no one to give it up to.

YOSHIDA: Hopefully the experience of actually making new discoveries like this by carrying out a survey based on a hypothesis and running the results through various analyses will convince students just how fascinating marketing is.

A treasure hunt full of discoveries: Awakening students to the joy of marketing

YOSHIDA: Our mission as strategic planners is to formulate a hypothesis designed to solve the client’s problem, and then come up with a strategy based on it. Discovery is the sine qua non of any hypothesis. 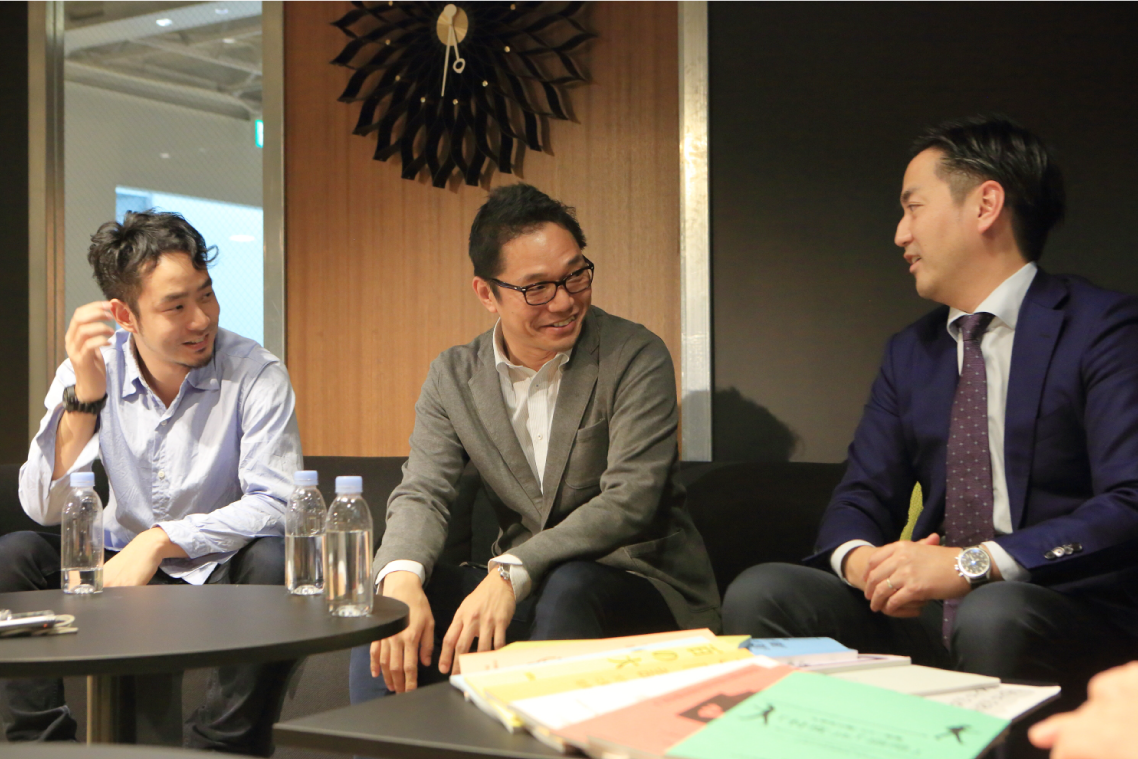 KOGA: You start by observing various stuff that’s happening or occurring around you, and it’s a wonderful moment indeed when your survey and analysis work reveals what lies at the core of it all—what’s really going on.

YOSHIDA: This project too is full of discoveries. It’s as fun as going on a treasure hunt. The most interesting thing of all is the process of incorporating your hopes and dreams for what you’d like to see happen into the strategy. That’s the true joy of marketing, and it’s what we want the students participating in the project to experience for themselves.

A strong team is essential to a project’s success

YOSHIDA: Hakuhodo attaches great importance to the word “team.” What we seek from our people isn’t so much uniform excellence as excellence in diversity. That’s because we believe that each employee has his or her own distinct personality, and the clash of different ways of thinking that arises as a result is a wellspring of new and unprecedented ideas. Goading each other on, respecting each other, and making each other better in pursuit of a shared goal is what being a team is all about. This project isn’t just a way to learn a set of marketing skills; it’s also important, we believe, that each student do their part to make the project a success as a team.

TERAMAE: At the press conference in December, the facilitator and the presenter of each chapter get up on stage to speak, but only six people can take the stage. That’s why we’ve adopted the buddy system. Each presenter has two buddies, whose job it is to closely advise the presenter on body language, eye contact, and delivery in readiness for the big day. Buddies learn to think more like advisors with each passing day and grow a lot in the process. 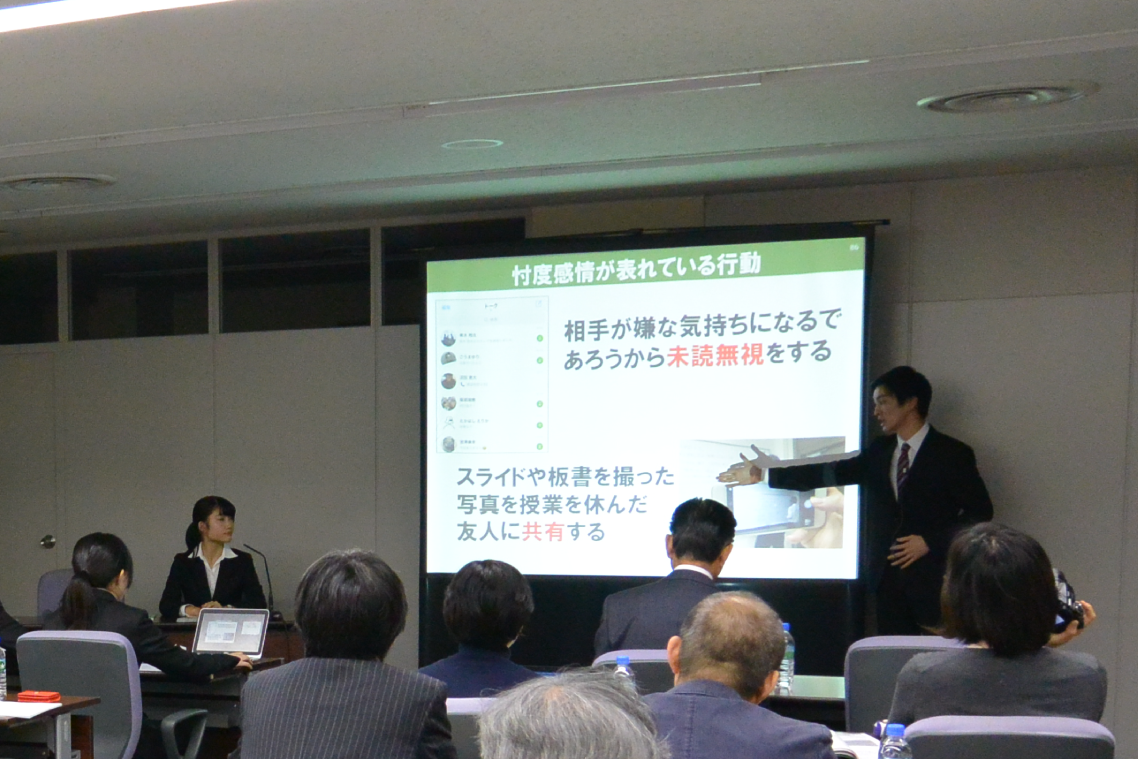 YOSHIDA: Over the past few years project alumni have gotten involved and helped with providing guidance. As the project has continued over the years, a partnership has spontaneously sprung up among graduates. Something else we wish to convey is the fact that personal ties are something to be treasured.

We also hope to do some brainstorming together and start trying new things, so we can get even more students interested in this project.

【Comments from students who took part in the project in 2017】 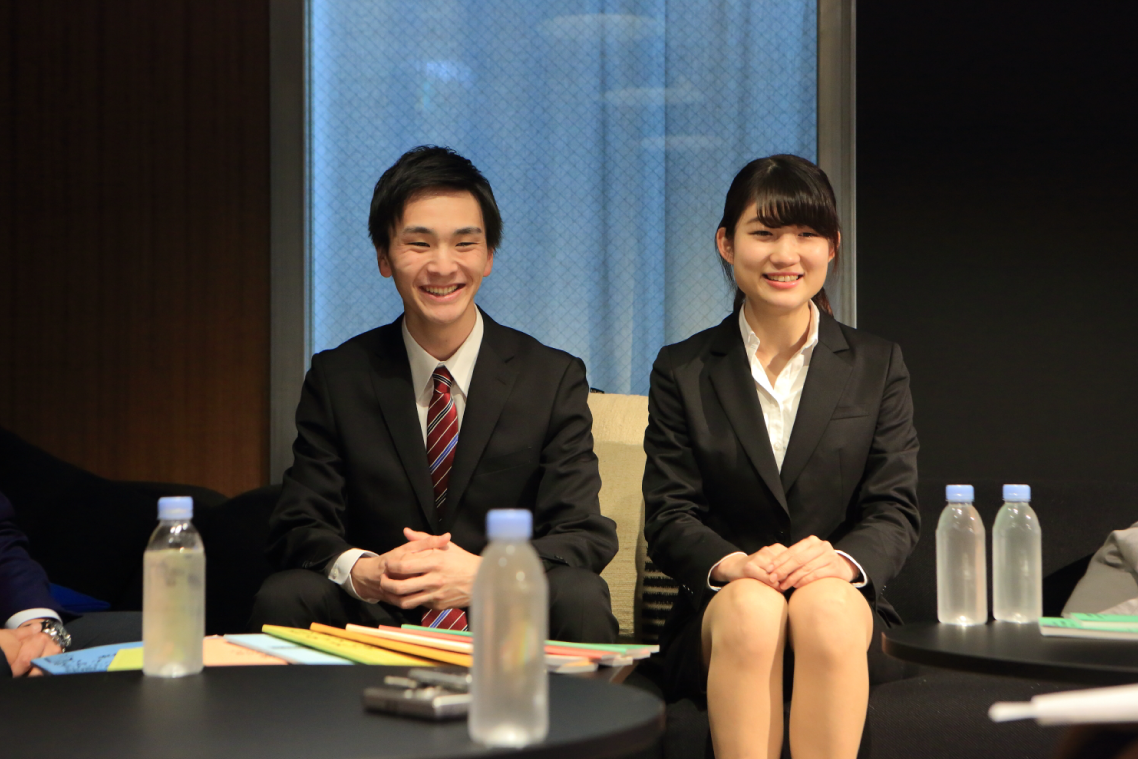 Leader: Keita Numata, Aoyama Gakuin University (left)
I served as project leader this year, and it really struck me that being a leader requires having a broad view of everything and possessing the ability to identify what is needed to enable the team to produce maximum results. Thanks to the support of the advisors and project members, I now have a clear vision of what approach I want to take to the job once I start working.

Deputy leader: Suzuna Sakashita, Sophia University (right)
Participating in this project has given me the opportunity to reconsider how I want to live my life and who I want to be. Everything that you’ve taught me has enabled me to grow tremendously as a person. 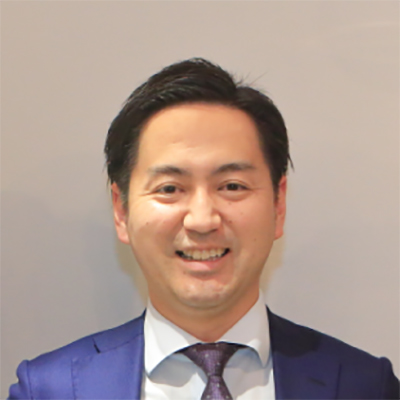 Eiichiro Yoshida
Eiichiro Yoshida joined Hakuhodo in 2000. He is expert in formulating corporate strategy as well as in many other fields, including product and corporate branding, new product development, developing integrated planning strategies, and organizing public campaigns. At the time of this interview he was Senior Strategic Planning Director with Planning Division 1. He is currently with the Corporate Strategy Division. 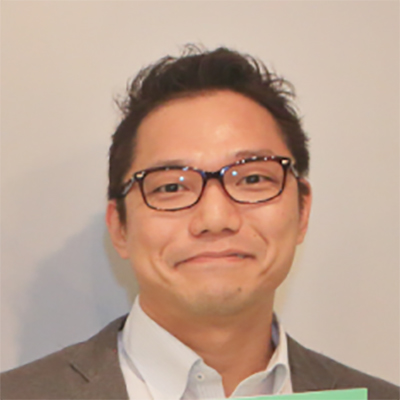 Susumu Koga
Susumu Koga joined Hakuhodo in 2004. Following a stint in branding, he is now with the Strategic Planning arm of Planning Division 3, where he works on branding and marketing for Japanese and international firms. 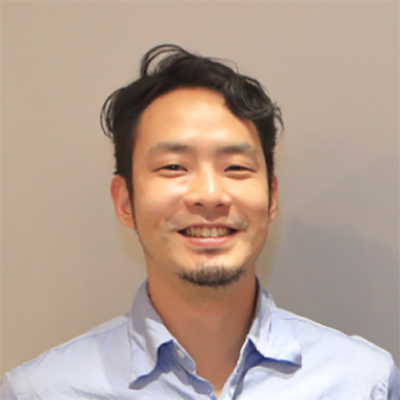 Shintaro Teramae
Shintaro Teramae, who joined Hakuhodo in 2014, works on formulating corporate marketing strategy. Since 2017 he has been with the Business Process Consulting Department of the Marketing Operations System Consulting Division, where he assists clients with developing marketing and communications techniques.