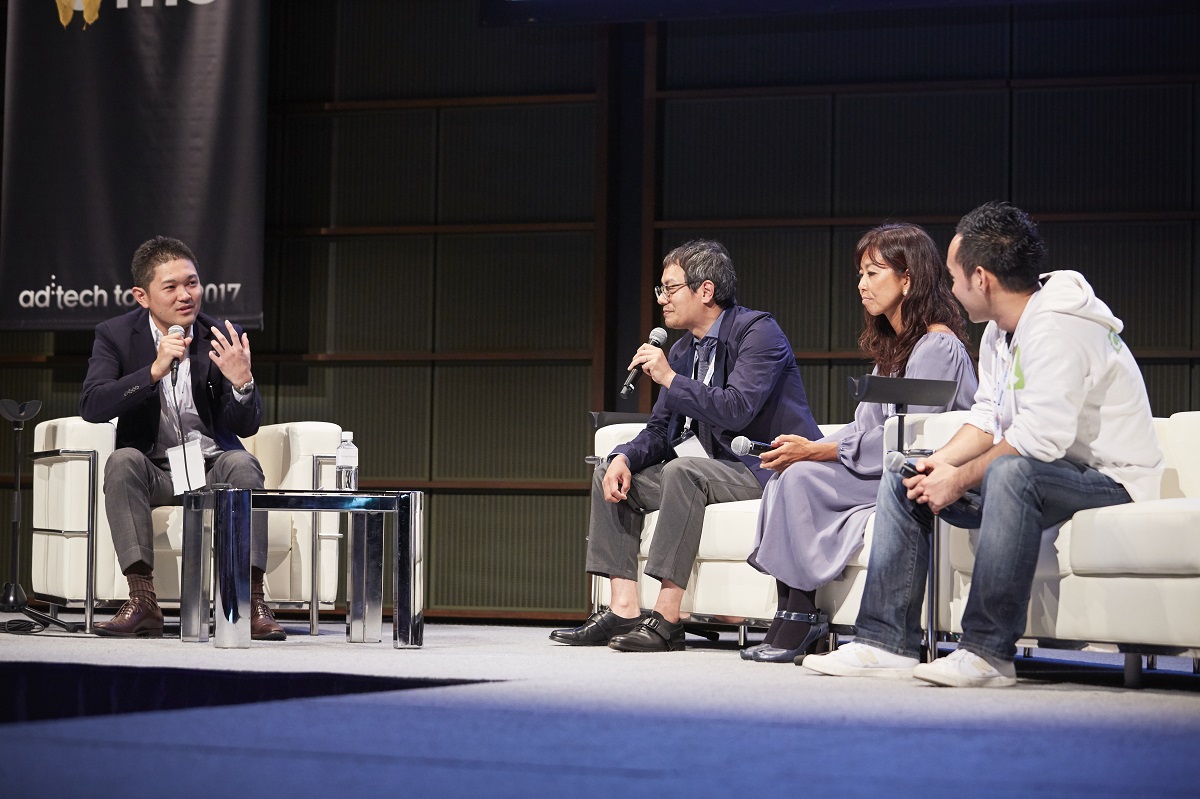 Hakuhodo’s Shinya Tokuhisa, who served as moderator, kicked off the session thus: “Online conversions like online orders completed and information packages requested online are measured in terms of CVR and CPA, while offline conversions, meaning things like store visits and product purchases and phone orders, are gauged by store visit rate and purchase rate. We’re taking up the subject here today because the technology for measuring offline conversion by tracking store visits and purchases is now all in place. We’re going to break the discussion down into three topics.”

The first topic—“A retail perspective on offline conversion: To what extent can digital replace flyers?”—was addressed by Taketo Yasuoka of AEON.com. “General merchandise stores like ourselves have for years conducted promotions that rely mainly on store flyers, but it’s become difficult to reach consumers with flyers, so today we’re making the shift to online promotions combining a company website with a promotional app, a store PR site, and social media and online advertising. By making this shift we expect to more than double our total reach while cutting overall costs by 20–30 percent.” Unilever’s Aco Yamagata was skeptical. “We’ve sworn by flyers until now…Inserted flyers would seem to have the advantage, since they’re already an established way of reaching the consumer.” Mr. Yasuoka responded, “Flyers are still hugely effective when you’re opening a new store, but they tend to be less effective for daily promotions. Plus fewer young people these days subscribe to a newspaper, so flyers have lost their edge in terms of reach.”

What AEON is now trying to do is “real-time store sales promotions,” whereby promotions are controlled by individual stores, and information on store specials is released by each store in real time, functioning as online advertising that attracts customers. Outcomes are then subjected to data analysis, and the store layout is modified as a result. The information from the store consists of highly spontaneous-looking visuals shot by sales staff on smartphone and then uploaded onto the Internet in the form of banners or videos. Ms. Yamagata praised this technique as “a good way to generate immediacy and sympathy, like selfies on social media,” although Cinarra Systems’ Yasuhiro Takayama and Hakuhodo’s Shinya Tokuhisa pointed out that it would be difficult to establish a system for ongoing implementation of such an approach. Mr. Yasuoka countered, “We want to invest in human resources development rather than systems.” AEON is currently training multitalented people each capable of juggling five roles: merchandising planner, marketer, analyst, sales copywriter, and promoter. Because acquiring skills like Photoshop takes time, they are thinking of using low-tech methods such as training staff to create a POP display on a blackboard, and then filming it with a plug for the store by staff. The goal is to achieve immediacy and spontaneity combined with an IT solution. Mr. Tokuhisa commented, “Relying on people rather than AI or some other such system enables you to respond flexibly by, say, altering your strategy depending on the weather that day. If you can collect data on each store’s online advertising and visit rate, you can use it for subsequent promotions.” 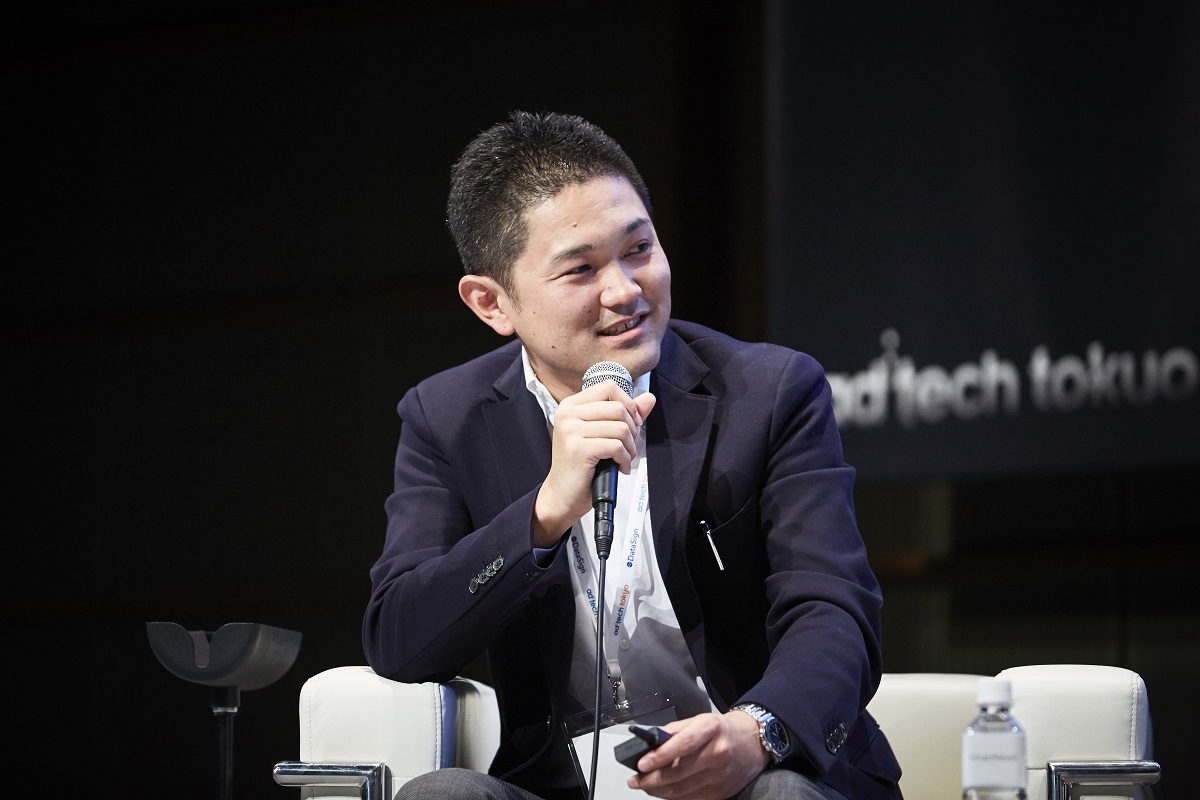 Next Ms. Yamagata of Unilever spoke on the topic of “A manufacturer’s perspective on offline conversion: Its limits and possibilities for marketing applications.” She observed, “For a manufacturer, offline conversion means not store visits but purchases, which can’t easily be visualized with today’s technology. Our business is still conducted mainly offline, where there’s such a multitude of elements to market that even if you did place digital banner ads, it would be hard to see the connection. Lately there’s been an effort in the advertising industry to visualize the connection between TV commercials and online advertising effectiveness, but it’s not yet clear how far that can be done.” Nonetheless, promotional possibilities would be enhanced, argued Ms. Yamagata, if local area marketing and geomarketing could be combined with the element of time. “For example, reminding consumers of some special tidbit of information right before they come to the store could quite conceivably lead to a purchase.” She described a case in point: in the time period after school, providing notice of a promo offering a discount on bottles of Lipton, a Unilever product, at convenience stores near all-girls high schools.

Finally, Mr. Takayama of Cinarra Systems spoke on the topic of “A consumer perspective on offline conversion: What it reveals about real consumers.” He explained, “Recently an interesting fact came to light when we did a campaign for a certain automaker. All the people visiting the dealership were broken down into those who had seen the mobile ad and those who had visited the website, and the percentage of each was plotted on a Venn diagram for comparison. Well, people who had seen the mobile ad without clicking on it accounted for the largest percentage. So in terms of volume, view-through conversions made a larger contribution to dealership visits than did click-through conversions.” Because a vehicle is a carefully considered purchase, you might expect that enlightening consumers on your website would be essential to attracting them to your dealership, but that is not as it turns out how consumers actually act. “Another interesting thing was the relative timing of dealership and website visits. A surprising number of people checked the details of the car’s performance and features on the site after actually seeing it at the dealership.” The customer journey is generally understood to involve the consumer seeing the ad, checking the website for further details, and getting an online price quote, then visiting the dealership with their mind virtually made up. But that is not necessarily the case. This tendency, it was found, was especially salient with subcompacts with their relatively low price–. “Therefore, depending on the model, it may be more promotionally effective to produce content targeting people who have already visited the dealership than to drive people from the website to the dealership.” As Mr. Takayama spoke, Mr. Tokuhisa chimed in, “That means that, depending on the product, when producing digital ads in future we’ll probably need to change our approach to delivering them and our thinking about landing pages.”

Mr. Tokuhisa wrapped up the session by concluding, “Offline conversion is still a technologically underdeveloped field, but new breakthroughs are being made like visualizing the effectiveness of flyers, an unknown until now, and tracing the flow of consumer traffic. Plowing that information back into marketing should further expand the possibilities.”

Mr. Tokuhisa, who moderated the session, looked back on it thus: “The key to offline conversion lies in how to set it as a KPI at the marketing and business levels and apply it on an ongoing basis rather than just as a one-off. It isn’t just a question of ad technology and online advertising. It’s only just started being used, and certain limitations have come into view. The key to success, I think, is how to systematize it.” 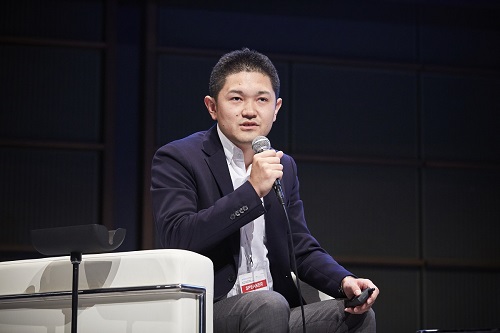 Shinya Tokuhisa
Executive Manager, Department 1, Data-Driven Marketing Division
Hakuhodo Inc.
Shinya Tokuhisa joined Hakuhodo in 2005. He has worked on marketing and business strategy, integrated communications strategy, branding, product development, and campaign development for more than 50 clients in such diverse fields as retail, telecommunications, beverages, foods, automobiles, and consumer electronics.
He has held his current position since 2017. He now focuses on data-driven marketing and new solutions development with the goal of integrating marketing, media, creative work, and business design through the power of data.
He has won a Cannes Lions Gold in Design, a Silver in Creative Data, and a Silver and Bronze in Mobile, as well as numerous other awards at Spikes Asia, ADFEST, the One Show, the ACC CM Festival (in Interactive), and elsewhere.
SHARE
Back to News & Insights