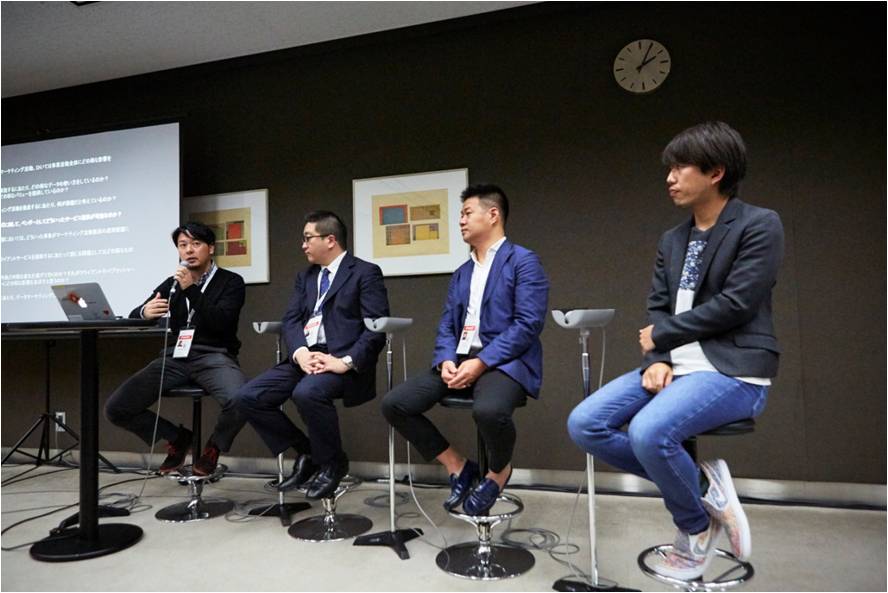 Moderator Akihiko Kawamoto inaugurated the session with a basic question: “What impact does data marketing have on business activities as a whole?” Kent Isshiki of D.A.Consortium (DAC) pointed out that “overseas, data marketing is viewed through a somewhat broader lens than in Japan,” and gave a specific example of its applications in upstream marketing. “For instance, customer audience data is combined with other unique data to tease out insights.” He then explained how it helps advertisers with a considerable range of applications—“not just marketing but also product development and inventory forecasting.”

Ken Liu underscored the importance of data. “A shift from space to people is taking place in the digital advertising industry, as is said to be the case in Japan as well. That is, advertisers now buy audience data instead of advertising space. Having targeted an audience, they conduct people-based rather than space-based buying when placing ads.” He described the significant role played by data. “At the business end, the departments in charge of, say brand marketing and CRM and digital marketing can be linked by data, as it were, and turned into one. We serve such clients by rapidly deriving extensive insights from mining actual data, not just by deriving insights from traditional panel data.”

In reply to the next question—how such data is leveraged and where his company’s competitive edge lies—Mr. Isshiki gave separate answers for the Japanese and overseas markets. In Japan, he explained, “we have rich data on such things as browser use for virtually the entire population—data indicating what behaviors consumers engage in online, for example. This data comes from publishers and data partners.” Further, by linking attitude survey findings and purchase behavior data, “we visualize what the client’s data alone can’t show,” he continued, underscoring Hakuhodo DY Group’s unique ability to furnish data from the perspective of sei-katsu-sha—not just consumers but people with real lives. Abroad, he explained, DAC works in alliance with local partners, since the ecosystems in Southeast Asia and China, the main overseas markets where DAC does business, differ from that in Japan. 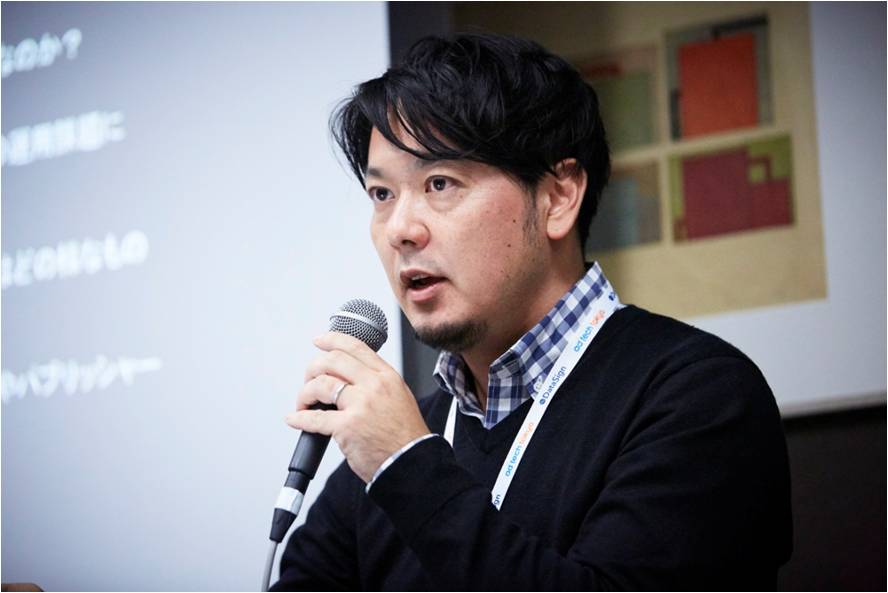 Mr. Liu observed, “We provide data value to a wide range of stakeholders including business enterprises, publishers and agencies, and system vendors and consultants.” He then described the nature of his company’s business. “We integrate first-party data with third-party data and analyze both together, then perform targeting prior to serving ads.” First-party data is little used in Japan but its use is quite advanced in China. Mr. Liu underscored its importance. “Whether or not you use first-party data makes a big difference to sales.”

Mr. Sato, who runs a chain of seventy-five restaurants in Japan and abroad, noted that while his company has made considerable progress in using data for recruiting, “leveraging personal data for marketing purposes— product development, for instance—is still something we have to work on.” He went on, “Until now we’ve conducted product development based on ABC analysis of every menu item that every patron eats, data obtained from use of discount coupons, plus gut instinct and debate.” He then described where things stand today. By obtaining personal data, “we’re at last able to develop offerings tailored to our target audience because we now know what menu items, say, men in their twenties or women in their thirties eat.”

Asked about his company’s operations overseas, Mr. Sato referred to the challenges it faces there. “In Japan we have separate people specializing in outlet management, marketing, product development, and so forth, but we don’t have that luxury overseas. In most cases a single person does it all, which means relying on their individual experience and intuition. It’s a matter of constant trial and error, and that takes time. Time is also needed to systematize operations and hand over to a successor.” He underlined the importance of data in that regard. “So we buy time for trial and error, plus accuracy, with data.”

On the subject of legal regulation and data resources outside Japan, Mr. Isshiki explained, “The perception is that Japan has fairly robust legislation compared to other Asian countries. So we make a point of applying Japanese standards when doing business abroad. When it comes to data resources, on the other hand, China is awash with third-party data vendors; in some regards it’s ahead of Japan in buying and selling of data. Southeast Asia, which is still a developing market, has considerable business potential for us, we believe, in our efforts at data recruiting.” With regard to human resources, he pointed out that the company faces different challenges in different regions. “Finding people is a major challenge. Data marketing people are in even shorter supply in Southeast Asia than in Japan, so a big concern is how to train them. China, on the other hand, has capable people, but the big problem is how to recruit them, since we have to compete for them with IT giants like Alibaba.”

Mr. Liu enumerated the qualities required of data marketing in the future: “the nimbleness to keep up with advances in technology, a sense of balance, simplicity in segmenting data into more basic units, and an ethical commitment to handling the client’s data with due care.” Finally, Mr. Sato wrapped up the session by expressing his hopes for data marketing. “It’s essential to starting up a business where speed is of the essence and reducing errors during the subsequent process of trial and error.”

Mr. Kawamoto, who moderated the session, looked back on it thus: “I think this session successfully got across the message that the business challenges facing data marketing in China and Southeast Asia clearly differ because of the different way it’s evolved in each. DAC and Acxiom, which both work with Hakuhodo, try to serve us and ultimately our clients by identifying business challenges in each country and developing the optimal infrastructure. That said, data marketing is still an emerging business, and we’ve been working with them from the infrastructure development stage to cultivate business opportunities. It was also a big plus that the session offered insights on business challenges thanks to the participation of Mr. Sato, who actually runs a business. I think we managed to impart to the audience the significance and importance of data marketing in greater depth by discussing data’s broader applications in personnel recruitment, product development, and doing business, rather than just confining ourselves to its marketing applications.” 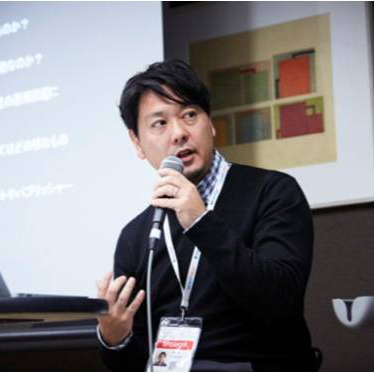