Hit Habit Forecast is a regular column of the Hit Habit Makers, a group of young planners at Hakuhodo HQ that gamely stood up to say they were going to create hit habits—not hit products—as consumption shifts from purchasing things to purchasing experiences. Analyzing social media accounts and purchasing data of highly sophisticated users and conducting analysis on popular articles, etc. in a variety of media that have their fingers on the pulse of social trends, this is the bold: new challenge of forecasting hit habits that are about to break.

2020 was a year of massive change for everyone, but what will 2021 bring? The COVID-19 situation is still unstable, but I’d like it to be a fun and positive year. With that in mind, I’d like to write about a new habit. I’m calling it the “stay-home debut.”

In Japanese, when we say “XX debut,” whether it’s a “university debut,” a “first job debut” or whatever, it often refers to someone literally “debuting” a new personality and appearance—a new self that they want to step into—at a turning point when their lives and personal relationships are set to change.

In 2020, with the need to work from home and so on, there was a huge change in the lives of students and people with full-time jobs when we all had to stay at home. Given the timing, we noticed a new behavior: having fun by changing your appearance a bit. I call this the “stay-home debut.”

The stay-home debut phenomenon hit home with me me around July 2020, when working from home had become the norm and it looked to it was here to stay. What happened was that a member of a group of men who love fashion that I belong to on social media announced that he’d got his ear pierced to mark his upcoming 30th birthday. When I asked him about the timing of the move, he said that because he was staying at home and hardly meeting anyone, it would be hard for anyone to find out. He also pointed out that if he got it pierced during the stay-home period, the hole would stay open even if he later had to go back to the office later. He’d actually put some thought into it. What impressed me most was his really positive words, “If you’re going to do it, now’s the time!”

That really got my interest in the stay-home debut rolling. The next thing I noticed was an increase on trains and around town of people who’d dyed their hair bright purple, blue, pink and other colors. Rather than full heads of bright hair, they seemed to be dying their hair in particular places. Dying just the hair underneath a different color to the hair on the outside is called “hidden” or “underneath” hair coloring, apparently. When I looked into it, internet searches for “inner color,” as the trend is called in Japan, have indeed increased since last year.

Hidden hair coloring has reportedly been popular for a few years, and there are a few explanations for why it is trending particularly at the moment, including wanting to emulate the out-there hair colors of popular Korean celebrities and wanting to have the same hair color as anime characters. Be that as it may, resulting as it does from people wanting to enjoy hair colors that they wouldn’t normally be able to at a time when they can’t fully enjoy makeup—except eye makeup—due to covering their faces with masks because of the pandemic, it is therefore a part of the stay-home debut phenomenon.

And it’s not the only example of the stay-home debut phenomenon. In the last few years, interest in male makeup has skyrocketed. And it is only drawing more interest since the stay-home period. The reason? Men now have more opportunities to see their own faces on screen due to working from home. With men becoming concerned about such things as skin tone and laugh lines, sales of foundation for men have been bullish. Certainly, through the screen it’s possible to improve your complexion without it being too obvious you’re wearing makeup, so the hurdle to starting to use it is lower than it would be for wearing it in real life to the office. Chalk it up as another stay-home debut.

Now that we’ve looked at various kinds of stay-home debut sparked by staying at home, I think there are two types: the “venting” and the “adaptive.”

“Venting” stay-home debuts would be cases where people let off steam from isolating by unashamedly doing things they’ve always wanted to do now that there’s less need to be their public selves because they don’t have as many opportunities to meet their superiors at work, say, in person. Piercing your ears and coloring your hair are examples of this.

Conversely, “adaptive” stay-home debuts would be cases where people adjust how they look in response to working from home and other new ways of working. Male cosmetics can be included here, and maybe also instances where people have bought new outfits for working from home, thinking that what they wore to work until now might be too buttoned-up, but it probably wouldn’t do to join a video conference wearing a sweatshirt.

The “venting” and “adaptive” variants seem a bit more fun if you consider them as stay-home debut activities that uncover and/or express something new about ourselves as a result of the isolation period.

Though the calendar may now say 2021, the social situation is not likely to change any time soon, and the stay-home debut phenomenon looks set to continue for some time yet. And it could potentially lead to new business opportunities.

As an aside, I was so jealous of my friend’s earring that I bought clip-ons on impulse (because getting my ear pierced sounds painful and I wasn’t up for it). I get the feeling that new types of stay-home debut will come about like this; by seeing someone else who has made a stay-home debut. Why don’t you start a new stay-home debut this New Year, too? 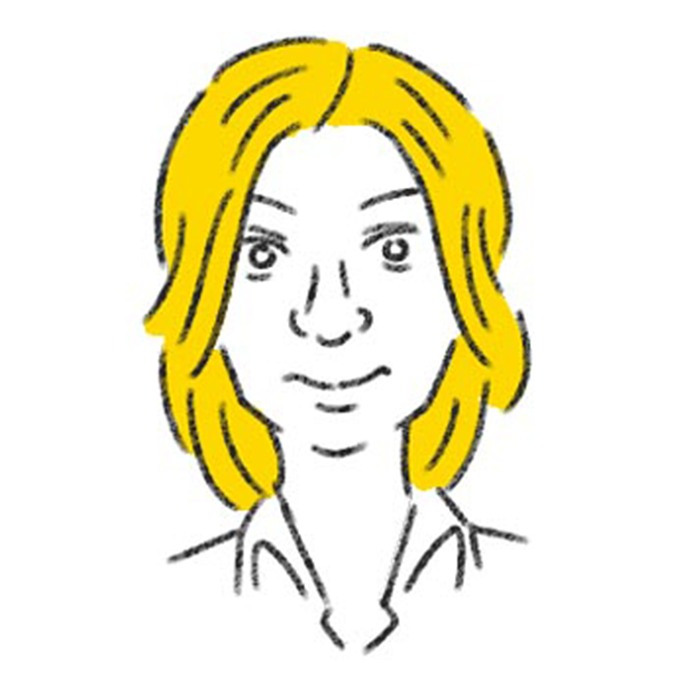 Koji Suzuki
Member of the Hit Habit Makers
Integrated Planning & Creative Division
Hakuhodo Inc.
Koji Suzuki thinks of himself as a total fad follower that can’t help but jump on the bandwagon of every hit product and hit habit. He works hard, hoping to turn this hobby into hit products and hit habits himself. When not working, he loves watching DVDs of idol singers at home (especially those managed by Johnny & Associates).
SHARE
Back to News & Insights