The second in our series of reports on the Spikes Asia 2016 seminar program.
Hakuhodo specialists working in the fields of innovation, media, and data marketing respectively report on the highlights of this year’s Spikes seminars. 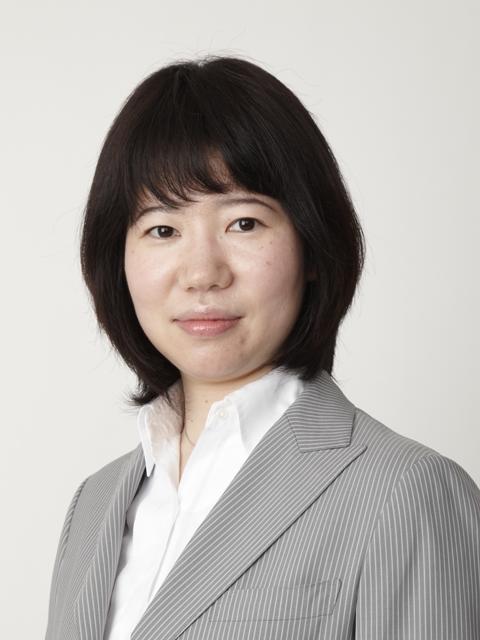 Haruko Minagawa
Touchpoint Evangelist, Market Design Business Management Division, Hakuhodo
R&D Director, Institute of Media Environment, Hakuhodo DY Media Partners
Haruko Minagawa takes a holistic approach to communications, managing KPI development and the PDCA cycle across the full spectrum of mass and new media. Lately she has been working on dishing up content using data, matching content with audiences, and developing models for nurturing audiences. A generalist at home in both traditional and digital media, she is also well versed in technology. She was on the Creative Data jury at Cannes Lions 2015 and has been a speaker at global forums like ad:tech, Cannes, and I-COM.

It’s such a shame to go to Spikes expecting merely a miniature version of Cannes. Spikes is the perfect place to look for what can be found only in the Asia-Pacific, ideas that are never unveiled in the West, things to make your own. Of all the stuff I came across at Spikes this year, here I’d like to describe one thing that Western audiences will never get to see.

◆ Two things that only Spikes could offer

That was in the form of a seminar by Mindshare entitled “Donald Trump: What’s the Big Idea? #TrumpSpikes,” which took place while a more popular session was on elsewhere. (Official website: https://www.spikes.asia/festival-programme/#/donald-trump-whats-the-big-idea) 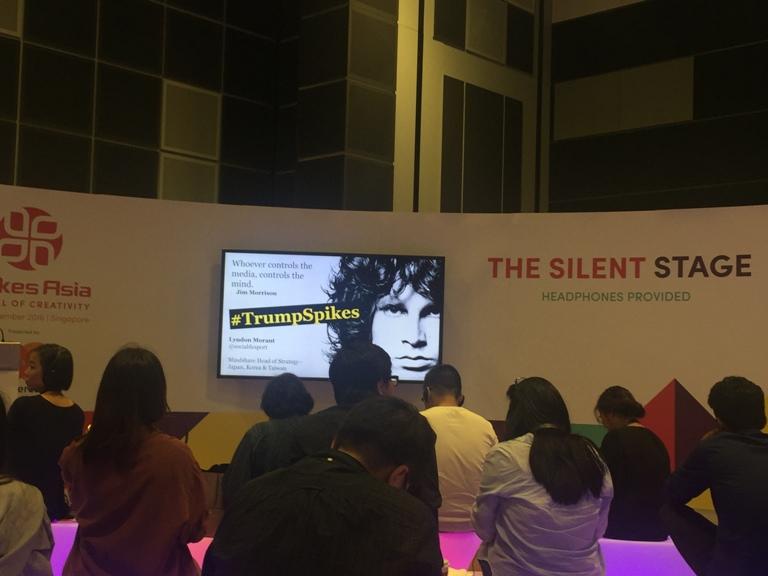 There were two things about this seminar that only Spikes could offer.

First, it was on the subject of Donald Trump, who as you know is currently running for president of the United States; his name was even in the title. Wherever you go abroad, Trump is on everyone’s lips. But in a seminar he would be mentioned only jocularly as a means of breaking the ice or networking with people. He might appear on a slide, but one at the most. At Cannes a seminar devoted to Trump would be inconceivable given Europe’s complex ethnic, religious, and political background.

Second, it was Mindshare that was giving the seminar on this of all subjects. Mindshare, a member of the GroupM conglomerate, the media agency arm of the WPP Group, is a mega-agency that serves massive global clients worldwide. Though it has few distinguishing characteristics like excelling in technology or having roots in Asia, it does score high overall. It’s an egghead agency, as it were. While it might offer its views on multimedia metrics or give an orthodox presentation, it hardly ever touches on unusual, edgy subjects at international forums.

So how did Mindshare treat the subject of Trump? Exactly as you might have expected it to: by performing the kind of exhaustive media analysis an egghead would.

◆ Findings from an exhaustive media analysis

Let’s take a look at some of the findings. More than 90 percent of Trump’s tweets are one-way, while Hillary Clinton makes extensive use of @tweets and retweets. She interacts one-on-one with people. What about the devices they tweet from? Of Trump’s tweets, 56 percent are sent from his private Android device; when iOS is included, 80% originate from mobile devices. By contrast, 64 percent of Hillary’s tweets are sent from TweetDeck. Moreover, Trump’s tweets are riddled with spelling mistakes and missing words. Considering that both candidates are constantly on the road campaigning, it’s reasonable to surmise that Trump eagerly sends out his own tweets on the move, while Hillary’s tweets are carefully handled by her campaign staff back in the office.

The analysis continued in the same meticulous vein, covering TV strategy, visual strategy, evaluation of the competition, message content, and Instagram hashtags. The conclusion: though Trump is described as “authentic,” what galvanizes Americans is his appearance of authenticity.

This media strategy of Trump’s actually diverges in many ways from the methods we use daily as an advertising agency in making branding proposals to advertisers. It differs particularly in that we seek not the appearance of authenticity but authenticity itself.
At any rate, the subject of Donald Trump is an easy one talk about in the Asia-Pacific. It’s a mainstream topic, but it’s not our business. Dig deep enough, and it certainly yields many unexpected discoveries without the risk of getting personal. It really got me thinking.

Finally, the seminar had its cute moments, as any seminar should do — two, in fact. The speaker slyly slipped in a plug for his company: the analysis involved crunching a massive amount of media data, he pointed out, which was only made possible by using proprietary Mindshare tools. And as the result of painstaking analysis, he announced, he had determined that someone else had achieved popularity with the American public by following a media strategy remarkably similar to Trump’s: the singer Kanye West. He then wrapped up with a joke: If these two face each other in the race for president four years from now, we’re all done for. Let’s keep our fingers crossed that it remains just a joke.