Inventing the future through mobile technology 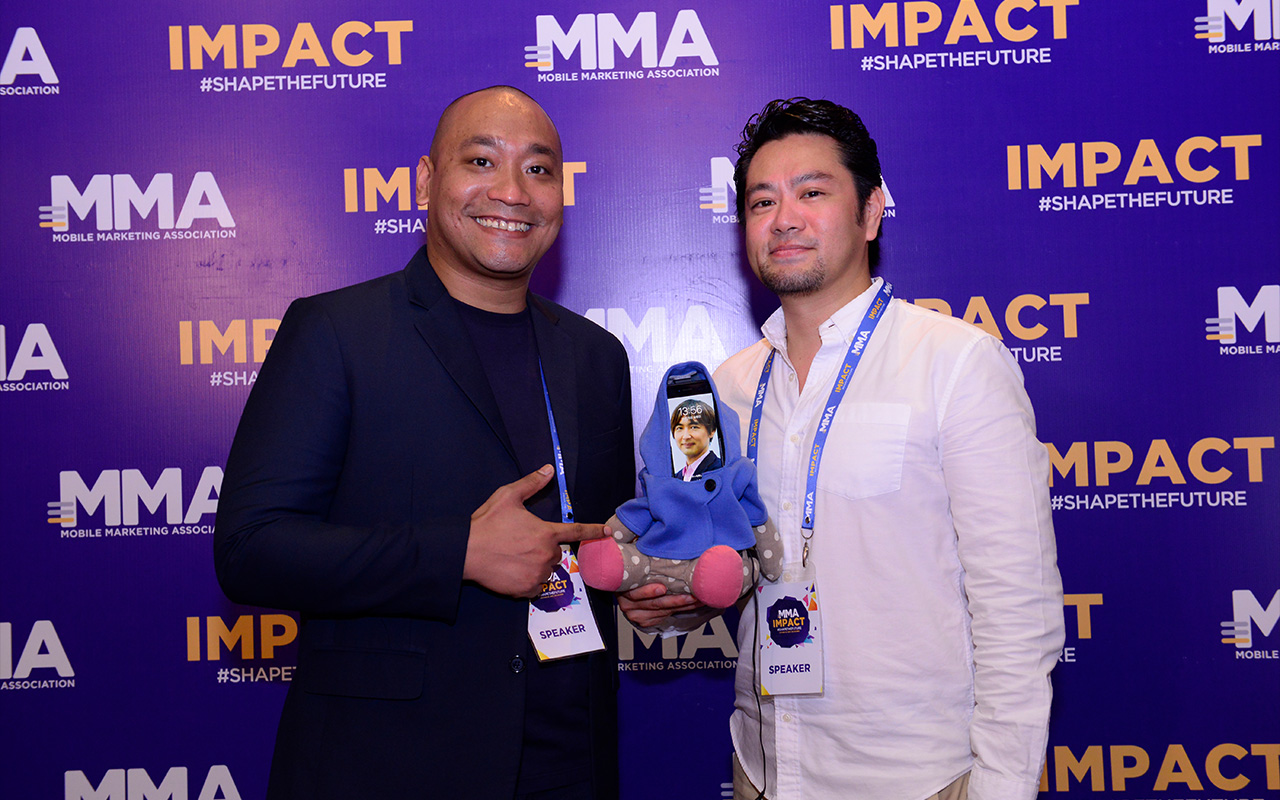 With the launch of Hakuhodo Digital Vietnam in January, Hakuhodo’s business in Vietnam is taking off in exciting new directions and attracting industry attention. Against this backdrop, we introduce Hakuhodo’s presentation from “MMA Impact Vietnam: #ShapeTheFuture,” an international conference which took place in autumn last year. In their presentation entitled “Inventing the Future,” three representatives from Hakuhodo shared initiatives and insights on ways they are using mobile technology to invent the future right now.

Comprised of more than 800 companies and 14 regional offices, the MMA is the world’s only mobile trade association uniting marketers, tech providers and sellers from across the industry in a spirit of collaboration and innovation. The MMA’s global headquarters are in New York, with offices throughout the world in Asia Pacific, Europe, the Middle East, Africa and Latin America. This time the spotlight was on Vietnam.

After Miki and EJ introduced themselves, EJ stripped things back to basics and asked the audience to take a moment to consider the essence of communication. “All of us here today work in the field of communication. We can even say that a lot of you here are communication experts. The concept of communication is so common that sometimes we forget its basic meaning,” he said.

Noting that “communication” is a continuous exchange of information between two or more parties, EJ went on to say, “It requires an output from the sender, and this output is translated into an input for the receiver. The manner in which the sender conveys the output heavily affects how the receiver receives it.” This leads to the realization that “more is better” in terms of crafting and delivering compelling messages and ideas.

“Simple, isn’t it? The higher the quality and the more complete the understanding of the receiver, the better the output is from the sender,” Miki said.

It’s all about people

Miki next identified one of Hakuhodo core business concepts, “sei-katsu-sha,” which literally translates as “living person.” This term informs the way in which Hakuhodo approaches the art of communication. “This word means that we look at our communication targets as more than consumers; as whole, complete living human beings,” he explained.

The duo then introduced the audience to four concrete examples of how digging deep to gain a better understanding of the sei-katsu-sha concept has led to the creation of unique new solutions. The first of these was “Motion Chat.”

At this point the third speaker Tomo joined the discussion remotely from Dubai. He introduced everyone to nubot, a communication robot who, in fact, was also serving as the very means for him to join in the session! Dressed in a blue hoodie and sporting an iPhone for a face, the robot was invented by nuuo, a creative start-up founded by Tomo. The mission behind nubot is to enrich people’s lives and enhance relationships through technology.

Tomo pointed out that while video chat is the default means of remote communication, nubot can be a feel-good alternative with which users can interact. “And that is a new approach to the current sei-katsu-sha interface that we have identified. From video chat to motion chat,” he said. According to Tomo, nubot is an example of “prototyping” as a way to build the future: First create the prototype and then bring the clients and venture capitalists on board.

Tomo went on to introduce the second concept: “Direct Platform—Consumer 2 Consumer.” The audience was then shown a video about the Vegi-Bus, which relates to how vegetables and other crops are distributed and consumed, while simultaneously putting a new spin on how electronic commerce (EC) is utilized. 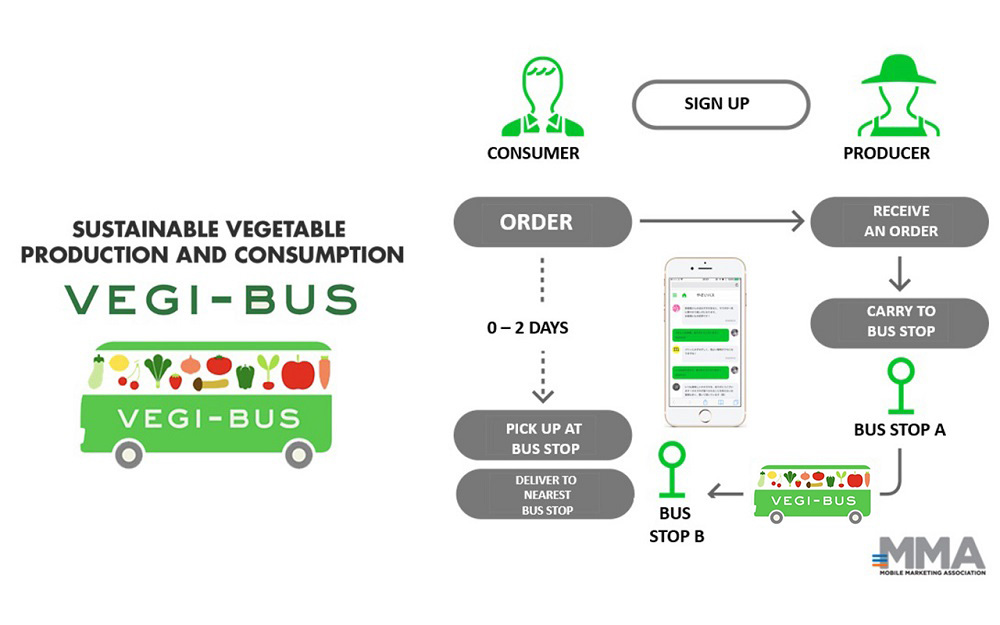 The basic premise is that when the farmer receives an order, he or she takes the produce to the nearest bus stop, where it is picked up by Vegi-Bus. In a similar vein, the consumer takes possession of their order when Vegi-Bus arrives at their local bus stop at the other end, helping to reduce costs and putting more of a human face on the process.

“Our creative idea was ‘EC plus a bus stop.’ This reduces logistics costs and builds community around the buying and selling of vegetables,” Tomo explained. “By understanding the sei-katsu-sha interface, we invented a new way of shopping that is more direct and impactful for the buyers and growers.”

The soft side of the future

Moving on to the third theme of “Talkative Stuffed Animals,” EJ introduced a teddy bear who immediately won everyone’s hearts! However, while the bear was certainly lovable, the actual star was the technology that helps bring Mr. Bear to life—Pechat. A video was shown to the audience to help them better understand the possibilities that Pechat offers. 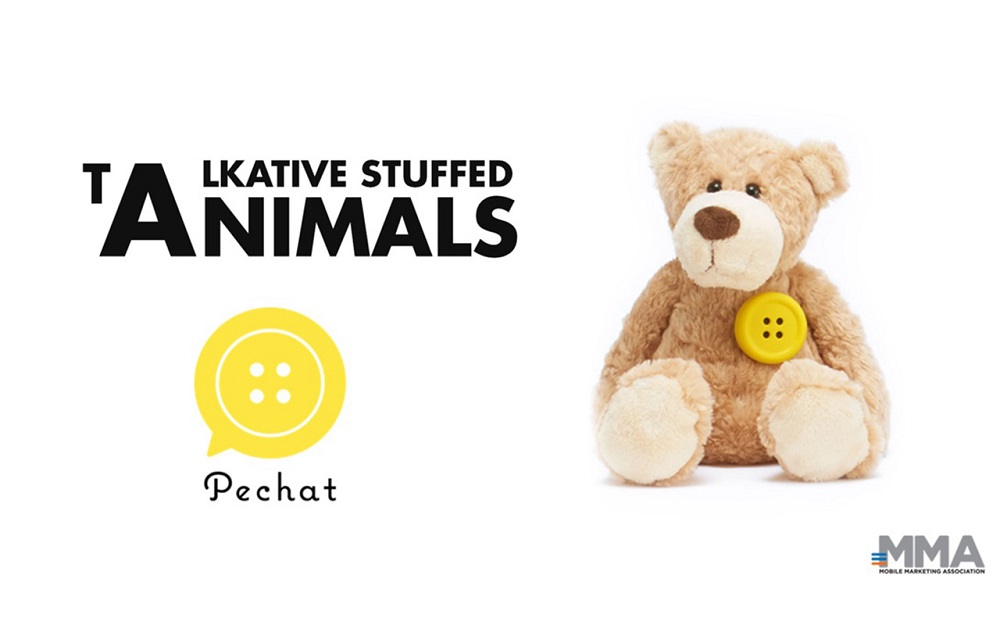 Pechat is a button-shaped chat speaker which can be attached to stuffed animals, allowing parents to communicate with their children using a smartphone app. Pechat lets the parent chat and sing to their child remotely, can read aloud the parent’s text messages to their child, and can even detect when the child is crying.

“We invented Pechat to find better ways to help our kids learn more and interact with their surroundings,” said EJ. “Through technology Pechat can strengthen the bonds between parents and their kids; from merely role-playing to deeper and connected communication through learning.”

The fourth and final concept was “3D Visualization—Metrogram,” which brightens up the very basic daily experience of waiting for the metro. “When you wait at a station, you see when the next train will arrive on a digital sign. It’s good enough for letting you know how long you have to wait, but boring because it’s just text. So, we took it to the next level,” explained Miki, before showing a video about the concept.

“Metrogram was a new approach to how the sei-katsu-sha gets their information and we made it more engaging and interactive by turning boring data into art,” EJ added. 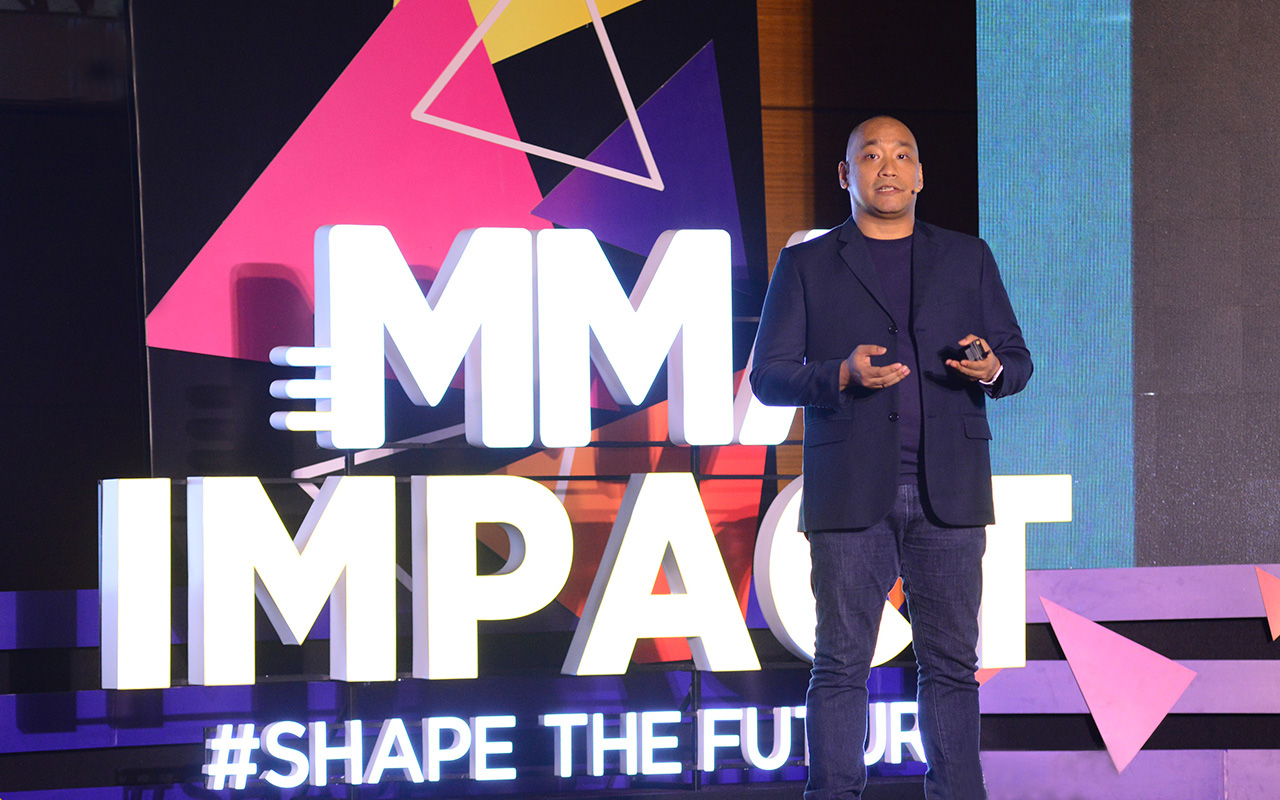 In closing, the speakers summed up how each of the four examples relates to a deep understanding of the way in which people experience the world through their interactions with their various devices:

“By thoroughly understanding this interface, we are given the right information to invent the future,” EJ said. “So, inventing the future is, quite simply, finding new approaches for the sei-katsu-sha interface.”

EJ noted that Hakuhodo firmly believes this leads to the most meaningful and impactful inventions. “In short, inventing the future is all about making a better future for all people,” he said. 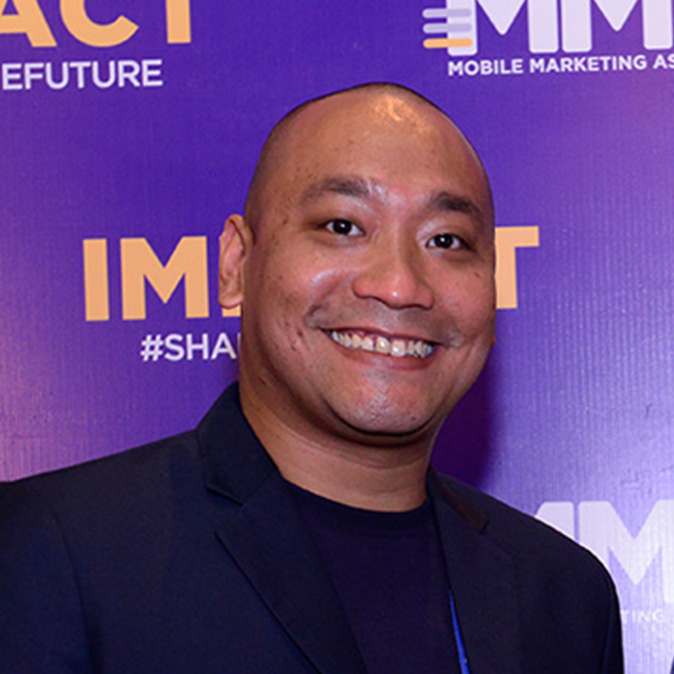 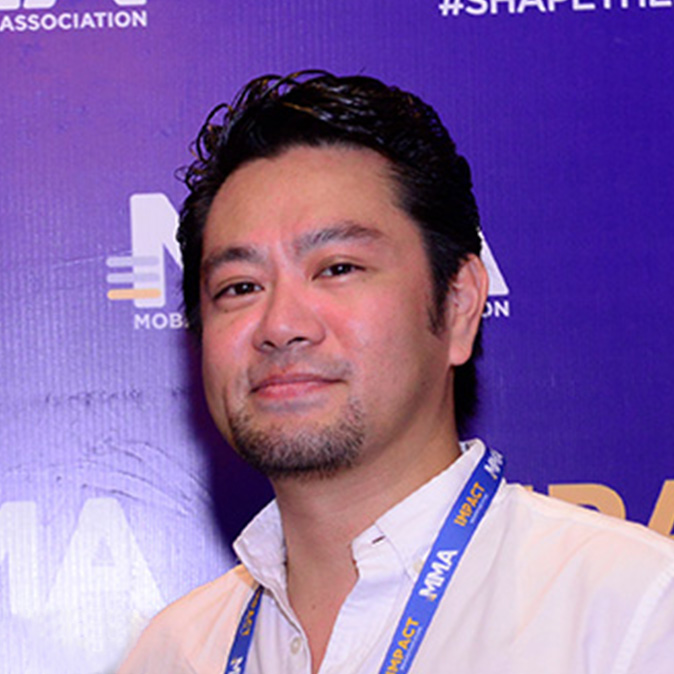 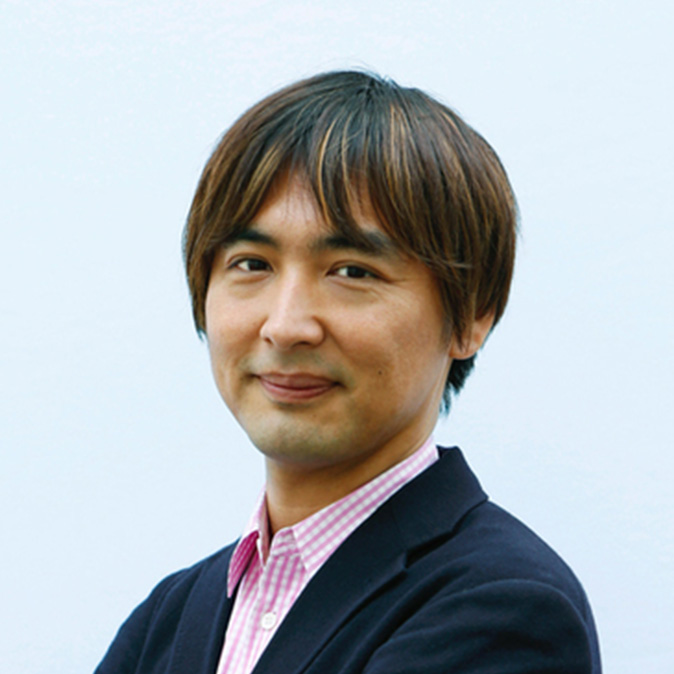