The group creative director at Hakuhodo Vietnam on growing up in the Philippines, a talent for writing and comparing her adopted home to her native Philippines 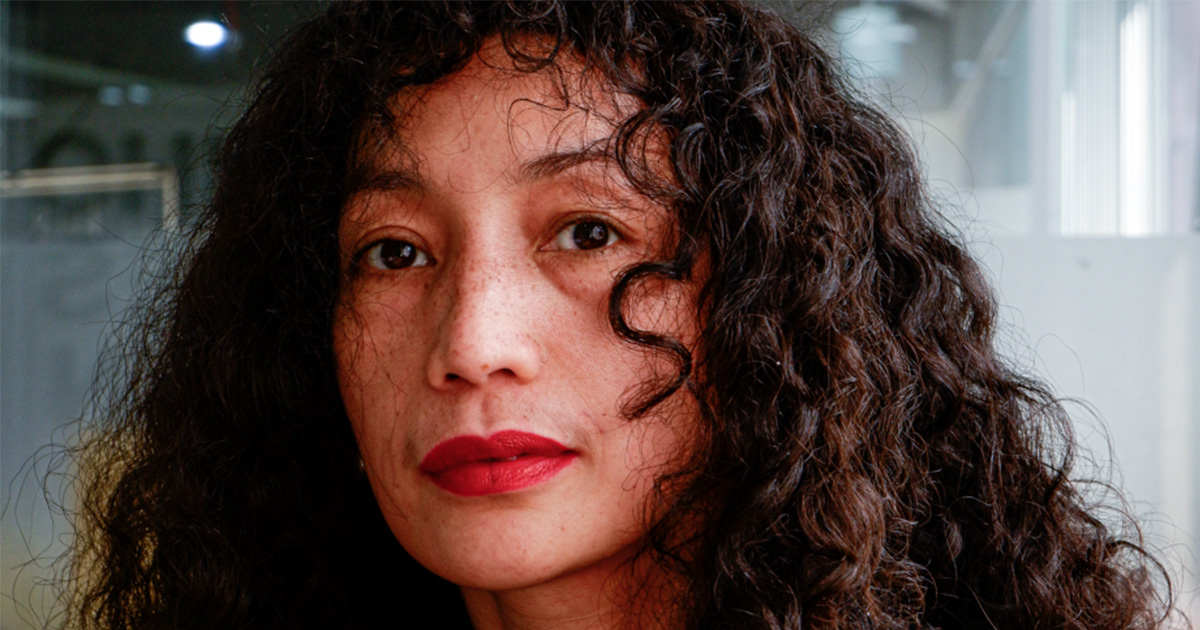 Hakuhodo Vietnam’s Maryzyle Galinato’s introduction to the advertising industry stemmed from her childhood where she and her brother would play games guessing which advert was which as they sat in their family home in the Philippines. As a youngster she recalls noticing jingles and catchphrases which were a perfect initiation into what became her chosen career.
Now that Maryzyle is in her adopted home of Vietnam, an opportunity that presented herself when her husband who is also in the industry moved over, she has adapted her creativity to this new market. But, interestingly enough for her, insights aren’t gained just by speaking to people, she believes they are all around and for her arriving in a foreign country, picking up on nuances and understanding where creative sparks can come from have been key.
LBB’s Natasha Patel was excited to speak to Maryzyle about her early years, working on a Chupa Chups campaign and why not being afraid to fail is key to success.

LBB> I love how when you were younger you and your brother would play guessing games with commercials… would you say your interest in the industry began then?

Maryzyle> I definitely think it all started there. You see, when I was young, TV was still the main form of entertainment and in the Philippines, ads in between shows tend to run very long, so my brother and I found a way to make it more interesting by turning it into a game of “what commercial is that?” I think early on, I was already understanding the concept of jingles, taglines, catchphrases, endorsers and all those things

LBB> From there how did you get your first break in the advertising industry?

Maryzyle> I didn’t know I had a talent in writing until my high school teacher pointed it out to me. She read my essay in front of the class and that’s how my love for writing began. In college, I further nurtured this talent by taking a course in communication arts and also, contributing to the school paper. Naturally, after graduation, like it was meant to be, I landed my first job as a PR/copywriter, at then Manila’s top PR company, Agatep Associates. It was here where I got to see the inner workings of an agency and how it was not your usual 9-5.

LBB> Your journey to Vietnam was quite interesting, tell us more about how you followed your husband there from the Philippines?

Maryzyle> My husband got an assignment in Bates Vietnam back in 2006. I was then working as copy group head at DDB Philippines. It was definitely a fork in the road situation, because on one hand, I was enjoying a robust career back home and on the other, Vietnam was a very young market full of possibilities.Uprooting oneself and one’s family is a decision you don’t reach overnight.But after about four months, my husband reassured me that we can continue to build our lives here. And so we did.

As for my career, I utilised the DDB network to make possible my move from the Philippine to the Vietnam office. I still had to go through the usual process of interviews but the rep I built back home definitely helped.

LBB> What similarities and differences did you experience in both of these markets?

Maryzyle> As neighbours, Vietnam and Philippines definitely share that very Asian value of love for family, respect for elders. There are very clearly defined roles among genders, when it comes to projecting those in the ads. A mom is a mom, a dad is a dad. Both markets react well to emotion, be it melancholic, humorous, or heartwarming. Music also does well in both.

Where Filipinos gather more in malls, Vietnamese prefer parks. The former love meeting with friends inside restaurants while the latter gather in street cafes outside. The Filipinos are stuck in traffic (that’s why billboards proliferate), while the Vietnamese watch traffic, sipping their café sua das as motorbikes zoom along.

Because Filipinos are open to more cultures and a bit Westernised in their influence, we have an easier time grasping global contexts, whereas, the Vietnamese are still opening up to new cultures so some concepts or words might fall flat as they don’t have the context.

Copy-wise, leaving the Philippines, I realised that we do have a beautiful language. We play with words with such ease. We can make people cry with just a single word. The Vietnamese love poetry as well, but the words tend to be very long. And the beauty of copywriting is still developing in this country.

LBB> You talk about how the new generation of creatives are ‘fearless’, tell me more about this and also what you think they can learn from those who have been in the industry longer.

Maryzyle> I say “fearless” because they are not afraid to fail. In Vietnam, advertising is not offered as a course and so most members of my team are multi-hyphenates coming from different backgrounds. Some artists are also writers and vice versa. Some dabbled in directing, music producing, online entrepreneurs. They have a lot of options and in case one fails, they happily move on to the next. They have a lot of dimensions and have no problems exploring each. And I do find that attitude refreshing. And the way they are re-shaping old notions or old concepts and reflecting a better, more inclusive world is quite exciting.

But what they can definitely learn from those who’ve been here longer is to be careful not to burn out fast. There will be countless disappointments, countless ideas thrown out, a million lines rejected, imagine that. It’s imperative to keep that fire in your belly every single time.

LBB> I find it so interesting how you say that spoken language isn’t the only way to gain insights, tell me more.

Maryzyle> For me, language is not just words. When you’ve been in a foreign country long enough, you learn to read other cues. You became more attuned to an awkward silence or a nodding appreciation after a presentation for example. In the office, you can already pick up the energy of the room by people’s expressions or how they shift in their seats. And those things, unlike words, can’t lie. It’s like taking out one sense and the others become more heightened. By becoming more observant, I have arrived at insights far more intuitive.

LBB> How was it working on the campaign for the Vietnamese festival, Tet with Budweiser?

Maryzyle> Budweiser has a reputation as one of the braver, more creative brands out there. So it was equal parts terror and excitement for me when they called for a pitch for this project. They gave us two weeks to come back with a unique proposal. Tet is the biggest occasion in Vietnam where everyone is playing within the same insights and stories, it’s really hard to stand out.

When I finally presented the idea to them, what I can distinctly remember were the words of the marketing boss saying…”this idea makes me nervous, but that’s what I want an idea to do.”

For a creative who’s been doing this for years, you get used to clients always choosing the safer route. But then, sometimes the stars align and you get exactly what you’ve been wishing for. A like-minded, brave client willing to jump with you into the abyss. Hold onto those moments young creatives. This is why we do what we do.

LBB> Who are your creative heroes and why?

Maryzyle> I’m thankful for all the mentors I’ve had throughout the years. But a particular shout out goes to Carlos Camacho. He brings energy and passion to every. single. brief. Seriously, I don’t know where he gets it from, it’s exhausting but it’s a constant reminder for me to give it all I’ve got every. single. time.

I also consider heroes the everyday creative man – those who show up day in and day out, those who are not beaten up by daily, never-ending revisions, those whose love for the art is as strong as when they first started.

LBB> Where does your inspiration and motivation come from?

Maryzyle> No matter how busy the day gets, I always find time to read, particularly articles from around the world. I want to keep abreast of what’s happening because it keeps the ideas up-to-date as well. There is no one source of inspiration for me, I try to absorb as much as I can and file them into my memory or write them somewhere, if I find a bit, a movie sequence or a line interesting. And when the right brief comes, my brain somehow recalls those and I’m able to build from there.

I always feel motivated when people are rallying behind the idea, when they want the idea to happen, that means something.