Society for Community Organization (SoCO)Subdivided Flat in A Lane 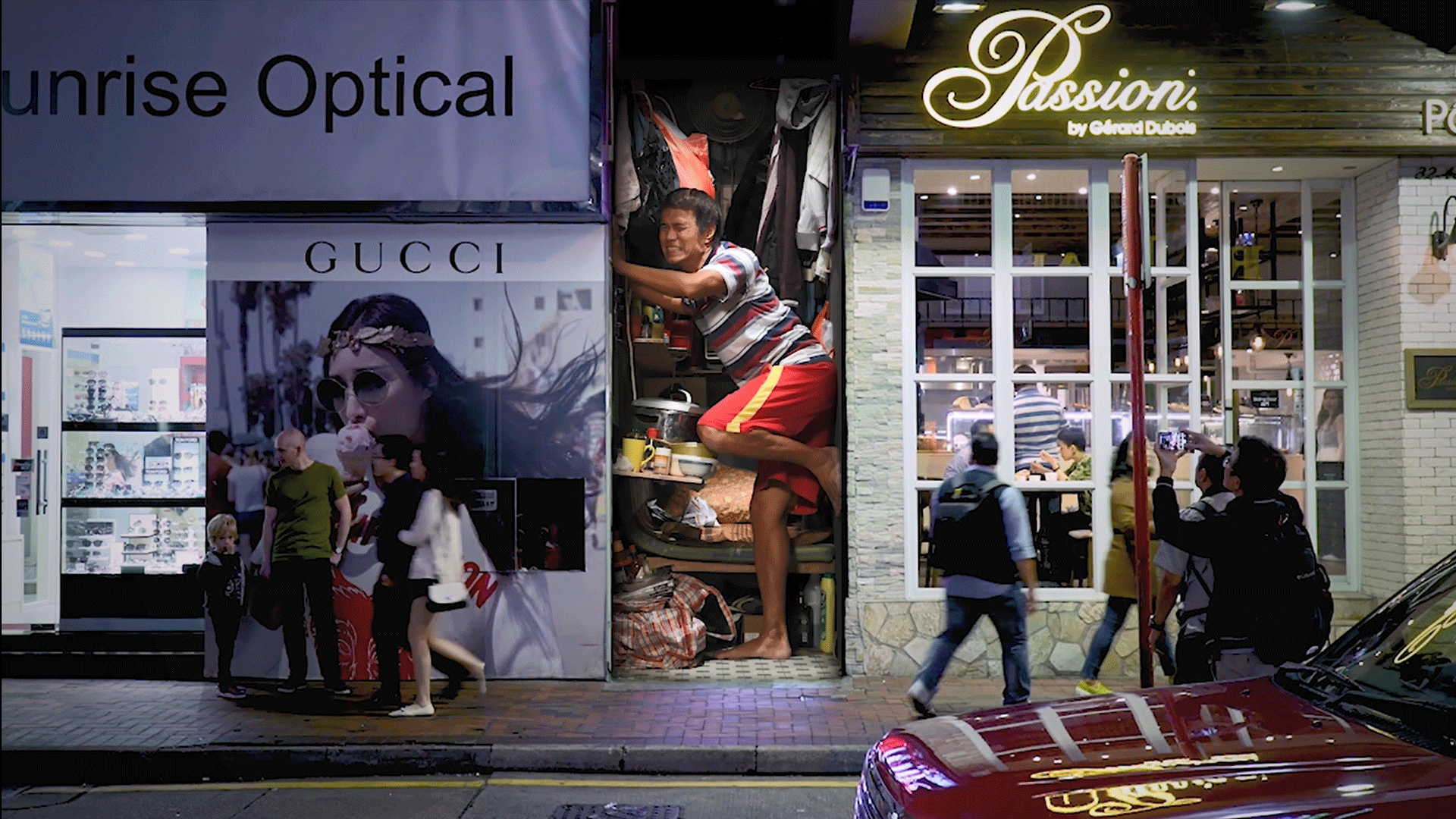 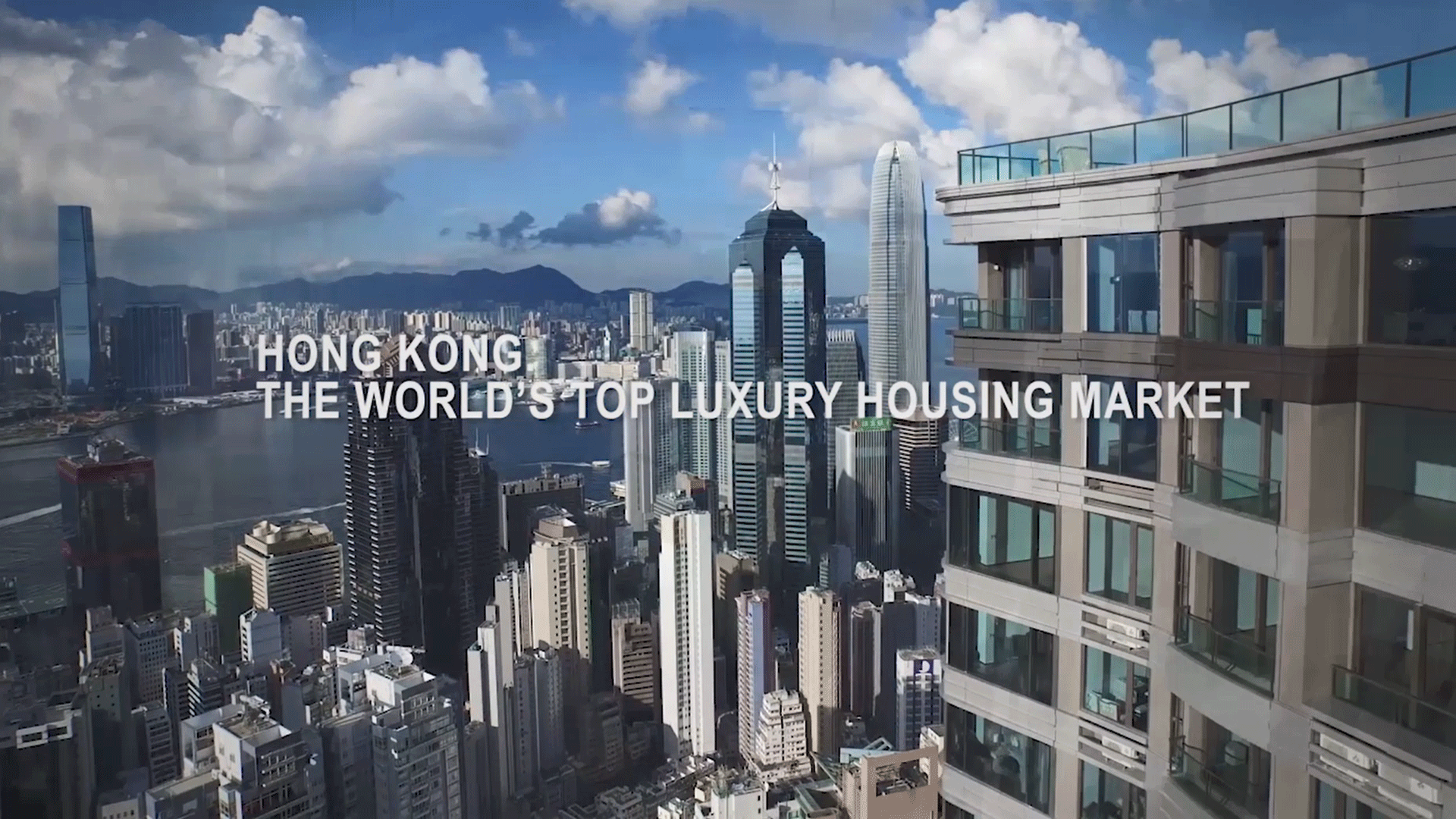 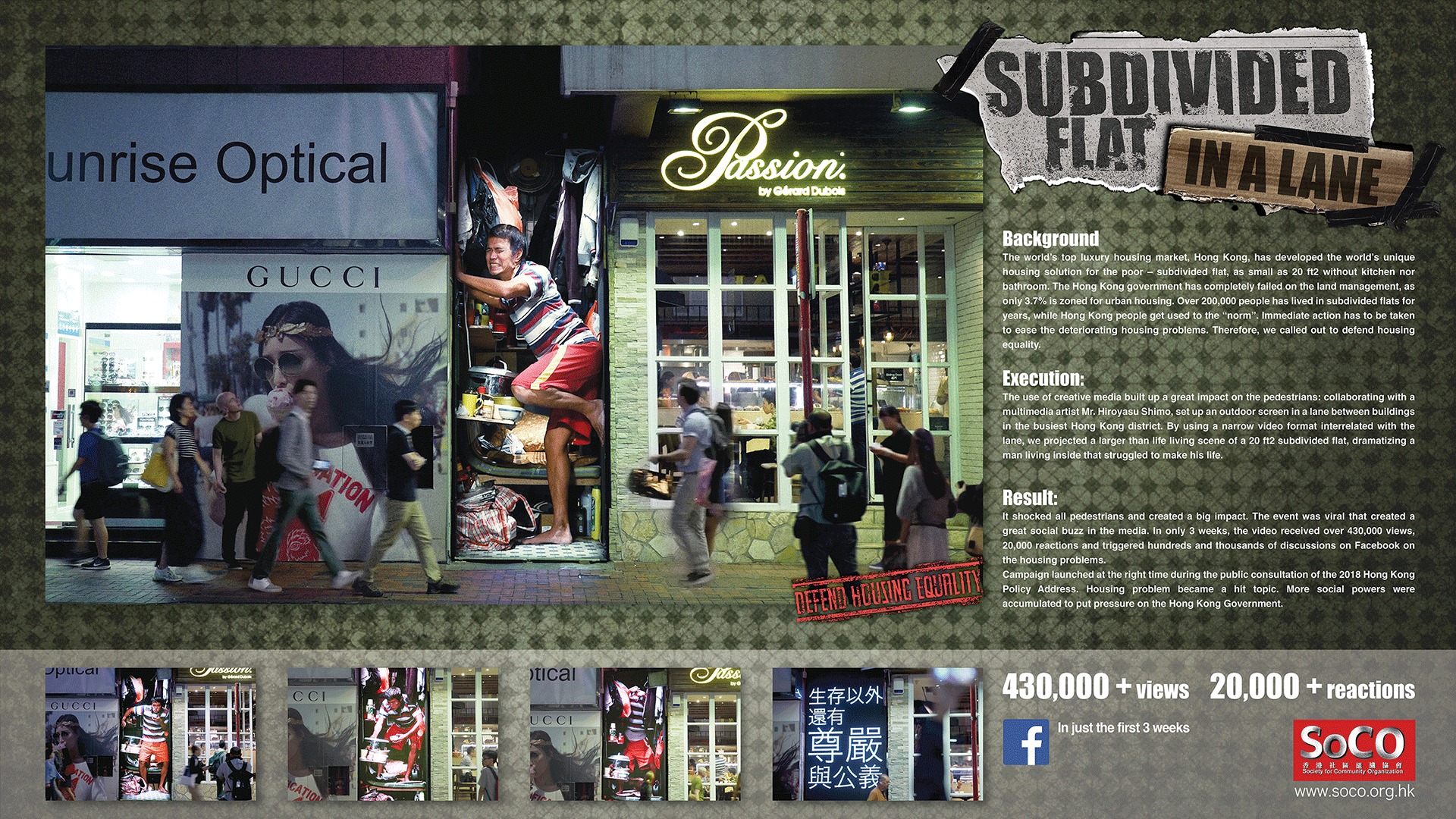 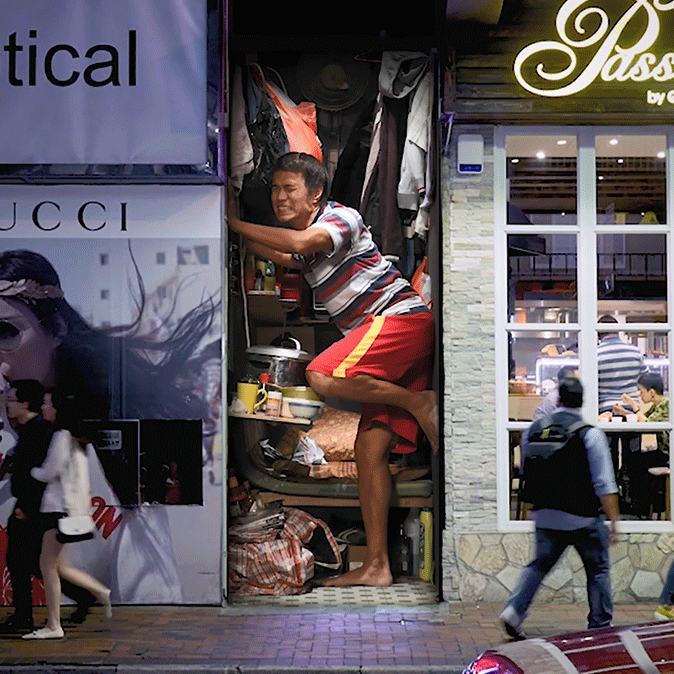 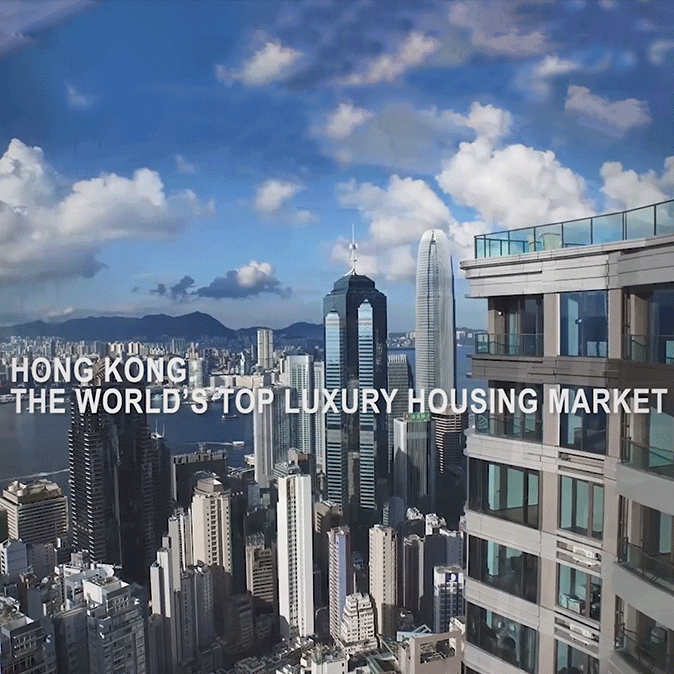 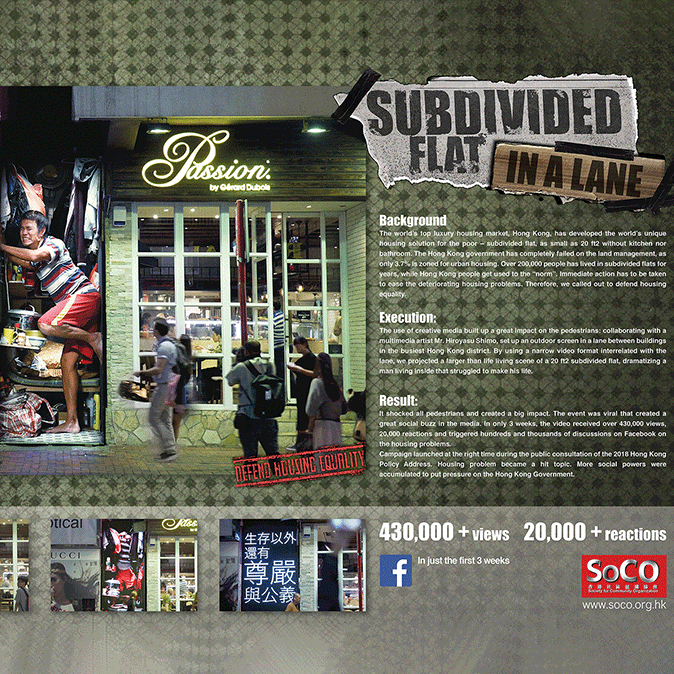 Hong Kong, the world’s top luxury housing market, is also home to a unique housing “solution” for the poor—subdivided flats, some as small as 20 square feet (1.86 m2), without kitchen or bathroom. The Hong Kong government has completely failed at land management, as only 3.7% of land is zoned for urban housing. Over 200,000 people have lived in these subdivided flats for years, as Hong Kong people have had to get used to them as the norm. Immediate action was needed to ease deteriorating housing conditions. Our challenge was to call out in defense of housing equality.

By setting up an outdoor screen in a lane between buildings in the busiest district in Hong Kong, we used media creatively to great effect on passersby. We projected a larger-than-life view of the reality of living in a 20 ft2 subdivided flat onto the screen, dramatizing the struggles of man living inside one.

Our installation shocked passersby, creating a huge impact. The event was shot as a viral video, creating huge social buzz. In just three weeks the video received over 430,000 views and 20,000 reactions, and triggered hundreds and thousands of discussions on Facebook about housing problems.

The campaign launched at the right time, during public consultation ahead of the Hong Kong Chief Executive’s 2018 Policy Address. The housing problem became a hot topic. More social powers were accumulated to put pressure on the Hong Kong Government.