Data Stadium Inc., a member of the Hakuhodo DY Group, collects data on a wide range of sports, then distributes it, along with entertainment content harnessing it, to fans and the media. It also supports athletes and sporting bodies by tapping that data for skill development purposes. We asked Data Stadium’s President Yoshihiko Kato about what the company is currently up to and the potential for utilizing data in the sports business.

• From major to minor sports, efforts to tap data are picking up steam as the Olympics approach. 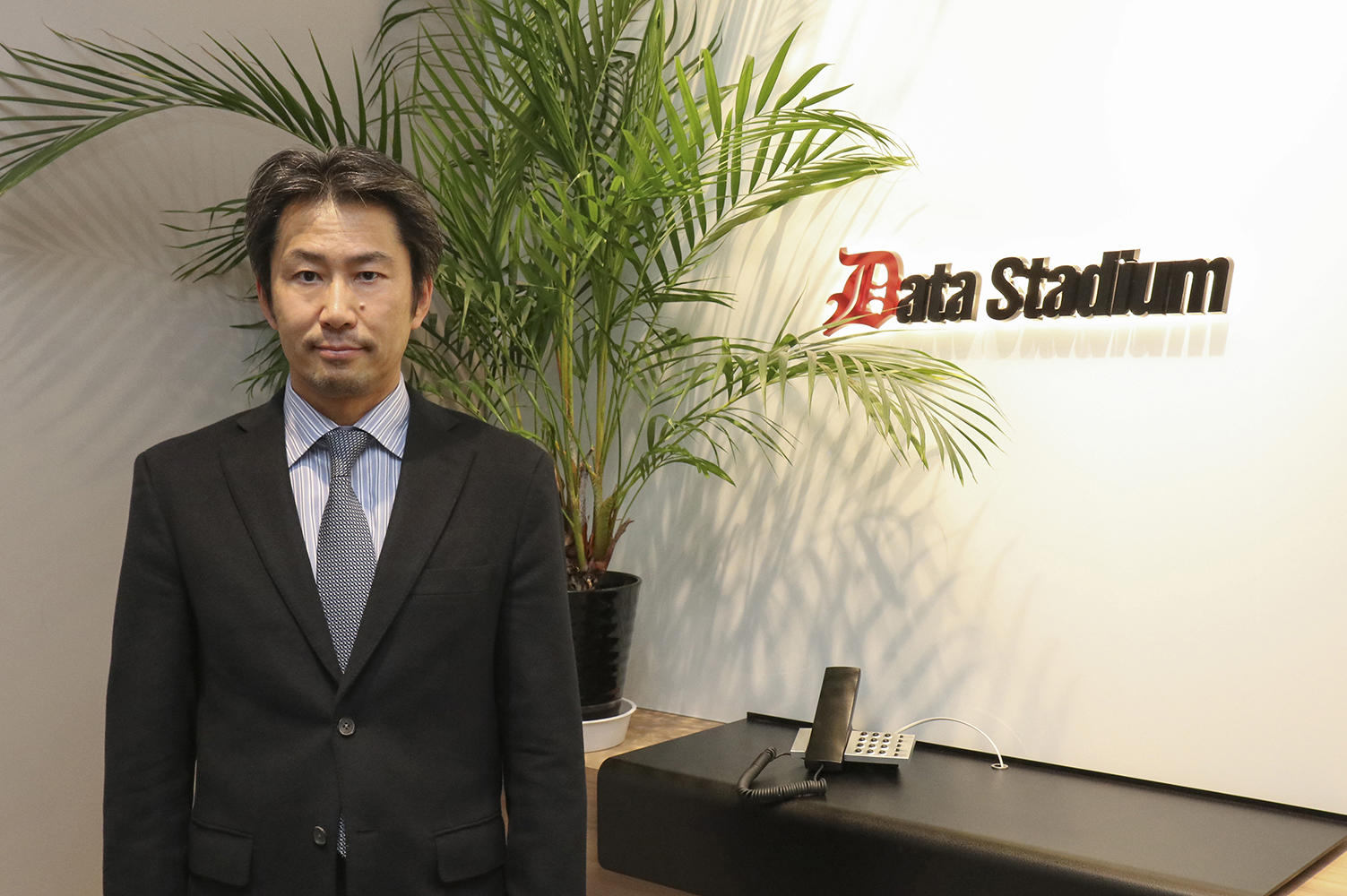 We offer services in two main areas. First, we analyze and distribute the sports-related data we collect, and thus bring ordinary fans a greater variety of ways to enjoy sports via the media. Second, using that data, we offer athletes and sporting bodies solutions to help with developing skills and improving tactics. After our establishment in 2001, we concentrated for a while on four sports — baseball, soccer, rugby, and basketball — but the range of sports we deal in has recently expanded considerably. We now handle data on twenty sports, from favorites like table tennis, tennis, volleyball, and curling to judo and other martial arts. As the 2020 Tokyo Olympics and Paralympics approach, the need for more effective ways to train athletes and improve tactics is mounting, and many different sporting bodies are starting to harness data, which they’ve ignored until now. We also supply data on minor sports such as gateball, a game similar to croquet that originated in Japan. Like chess and go, gateball is a logical game that involves occupying territory, and it can thus benefit greatly from data. Lately Japan has been struggling in the face of competition from the Chinese and other Asians, so we’re assisting with building a team that can prevail on the world stage.

• How data backs up Team Japan.
• Our people feel like the entire country is depending on them. 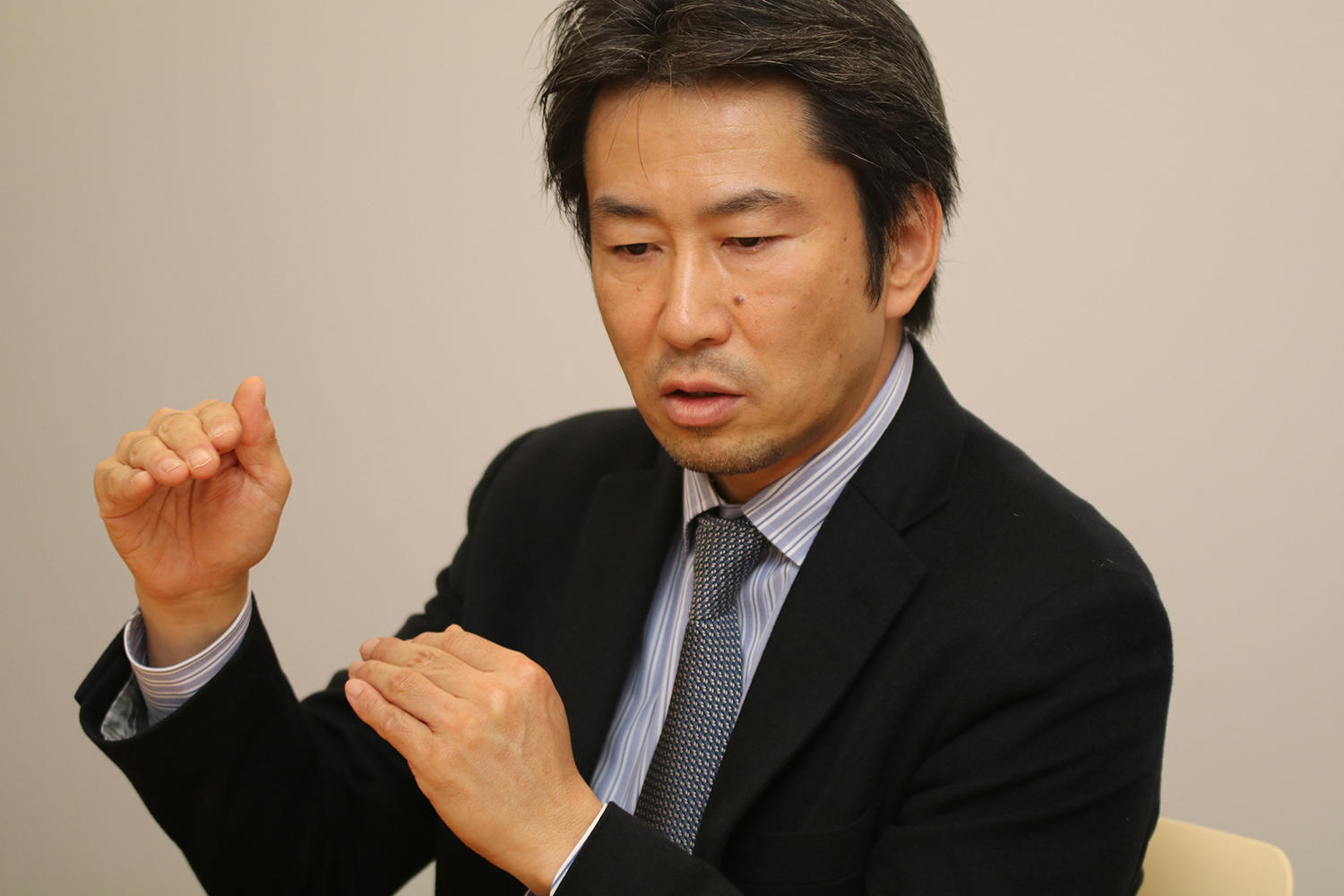 One example of how our data services may have helped enhance team tactics is provided by Japan’s national rugby side, nicknamed Eddie Japan. I’m sure you remember how the team beat the redoubtable South Africans at the 2015 World Cup in England, in a dramatic come-from-behind win that was ballyhooed as the greatest shock in World Cup history. During the tournament and even before, Data Stadium amassed data on the teams Japan would be facing and the other countries playing, and provided support with analyzing what strategy and tactics would be most effective.

We’ve worked with the Japanese national team in many other sports as well. Our people feel like they’re taking on the world alongside the players themselves, and they’re so fired up with a sense of mission that it doesn’t sound like an exaggeration to say they have the entire country depending on them.

• Data has the power to reveal the unseen.
• Bringing the stadium to the living room and vice versa. 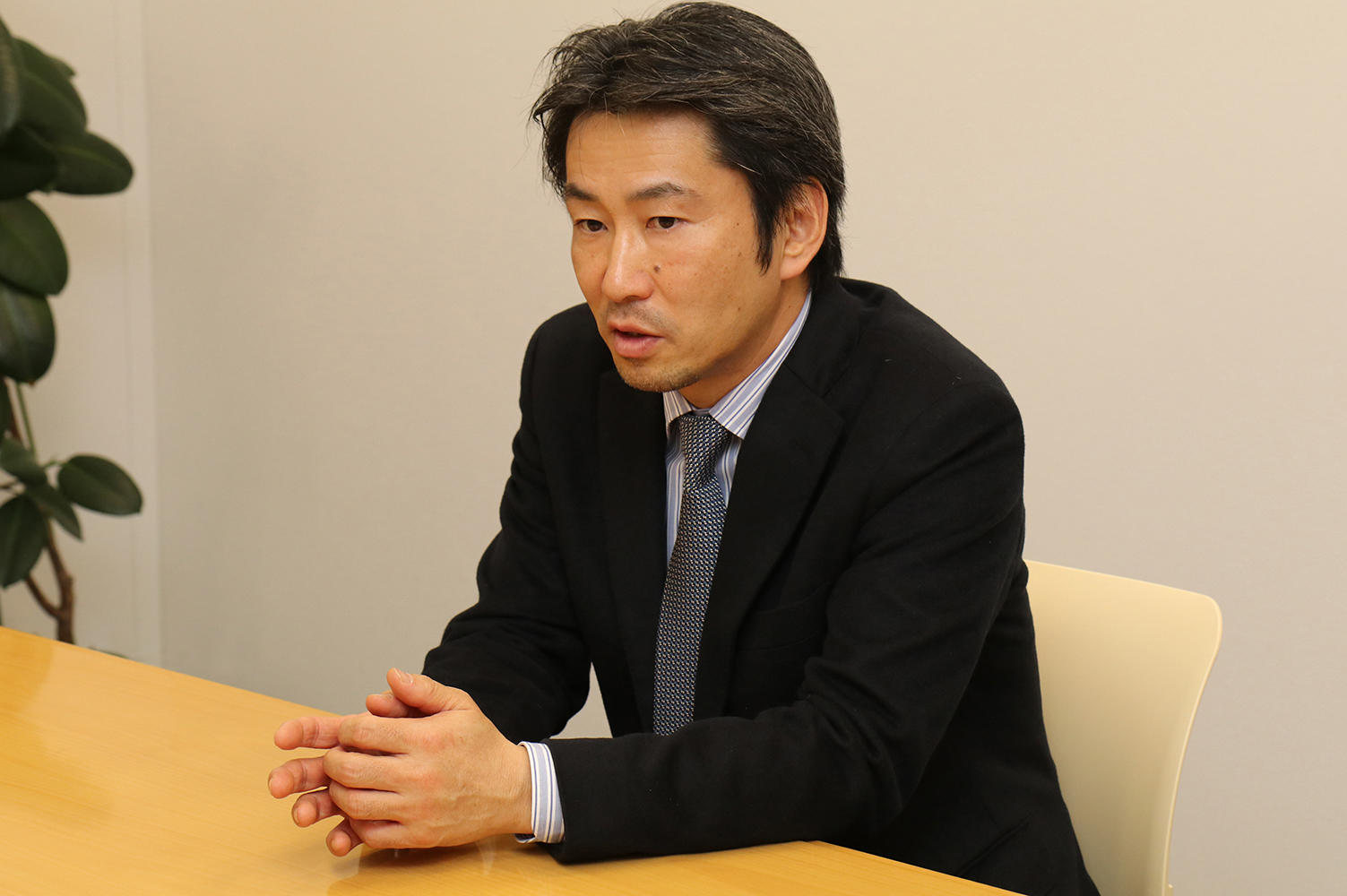 The most potent thing about data is its ability to reveal what was unseen before. In soccer, for example, the play is continuous, and it’s difficult to isolate a particular point in the game to observe. But if you take a closer look at a play in numbers and data, you can determine how many kilometers an hour a particular player was running at and how much distance he covered, and you can compare those figures for different players and teams. That should give viewers something new to enjoy. One TV station actually showed a regular live broadcast of a soccer game on one channel while simultaneously airing it with all the data on another. Data on prominent players and their movements was tracked in real time, and even the commentators talked mainly about the data

For spectators in the stadium, on the other hand, it’s hard to keep track of the player’s exact movements because there’s no slow-motion replay. Watching would be even more fun if you could access that information in real time on your smartphone or tablet. These are examples of what could be called bringing the stadium to the living room and vice versa. In the build-up to the Olympics, the use of ICT can be expected to accelerate on both fronts.

• What’s needed: synergies between the excitement of sports and the data.
• By tapping data, we hope to help share a wonderful new side of sports. 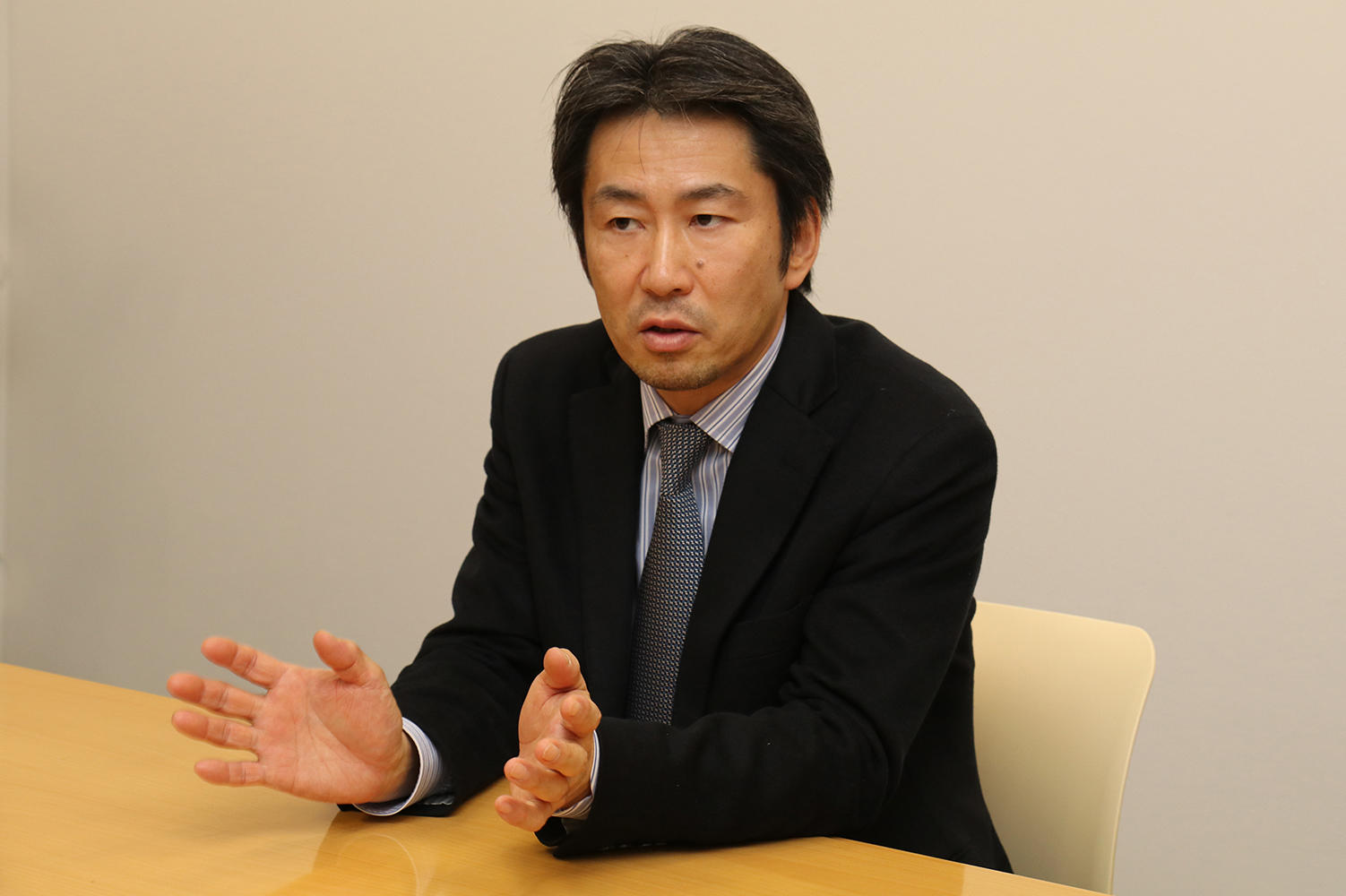 Two sports we’re focused on now are table tennis, which is going to have its own league starting next year, and tennis, which has spawned new stars like Kei Nishikori and Naomi Osaka. Harnessing data will of course change the way people view sports and thus breathe new life into the entire world of sports. But that’s not all. It will also be vital to boost overall excitement by stoking interest in the players and the game and making the sports themselves more alluring. Adding data on top of that will hopefully produce synergies and let us create new value.

As for possible new ways to utilize data, we should soon enter the stage of exploring how to predict the course of play and the development of the game by factoring in multiple data such as the weather forecast. The application of AI has already commenced; it’s beginning to be used to collect and analyze data more precisely. On the other hand, not being able to forecast everything is part of the fascination of sports. People love sports because they get carried away by the uncertainty of not knowing what’s going to happen next, of being on an emotional roller coaster. By tapping data, we hope to help share a wonderful new side of sports. 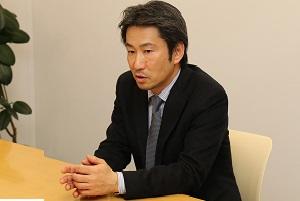 Yoshihiko Kato
President, Data Stadium Inc.
After joining Hakuhodo in April 1987, Yoshihiko Kato worked as a marketing planner in such sectors as automobiles, foods, beverages, toiletries, energy, and real estate. In fall 1995 he joined the newly established Hakuhodo Sports Marketing Inc. (now Hakuhodo DY Sports Marketing Inc.), of which he served as president from 2001 to 2008. He was appointed as President at Data Stadium Inc. in 2009 after a stint as acting head of the Sports Business Division at Hakuhodo DY Media Partners Inc.
SHARE
Back to News & Insights