Why Japan might be the most innovative place in the world

Hakuhodo showcased stimulating work from Sony and ANREALAGE in Japan. Learn how both are using technology to enrich the human experience. 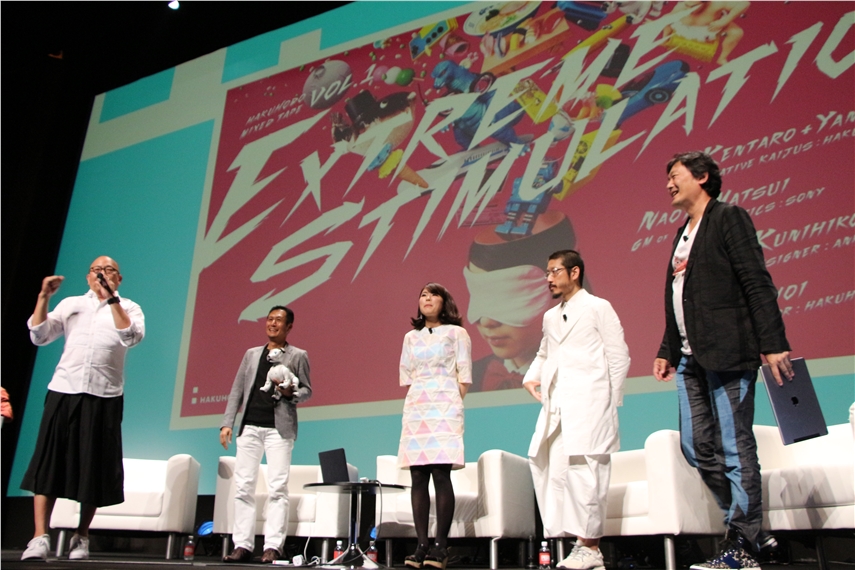 “Japan is a place like no other. Many cultures experience an always-on culture but I’d say we have a never-off culture”. Yang Yeo, APAC co-chief creative officer at Hakuhodo was speaking to a full audience at the Palais des Festivals, during Cannes Lions, about what’s stimulating in Japan today.

“It is Japanese culture to always pursue the latest thing, it’s an energetic market that runs fast, so creators must run fast too,” added Kentaro Kimura, APAC co-chief creative officer at Hakuhodo.

Sony’s second Aibo robot dog mimics the movements of a real one, using sophisticated sensors and AI smarts. Its main function? To learn, give and teach love to its owner.

Matsui explained they wanted to create a robot with more “feeling”: “We decided that the relationship between owner and robot should change. Our concept is ‘the only way to grow together.'”

Sony is focussing on how technology can make people more human and more enriched: “We don’t think robots will become more advanced than humans or steal jobs. They will reduce working time and increase the time we have to develop creativity and personality, they will make our society more human,” he added.

“They believe that robots can truly be friends, in contrast to Western cultures where robots can often turn out to be enemies, and it especially informs popular culture”. 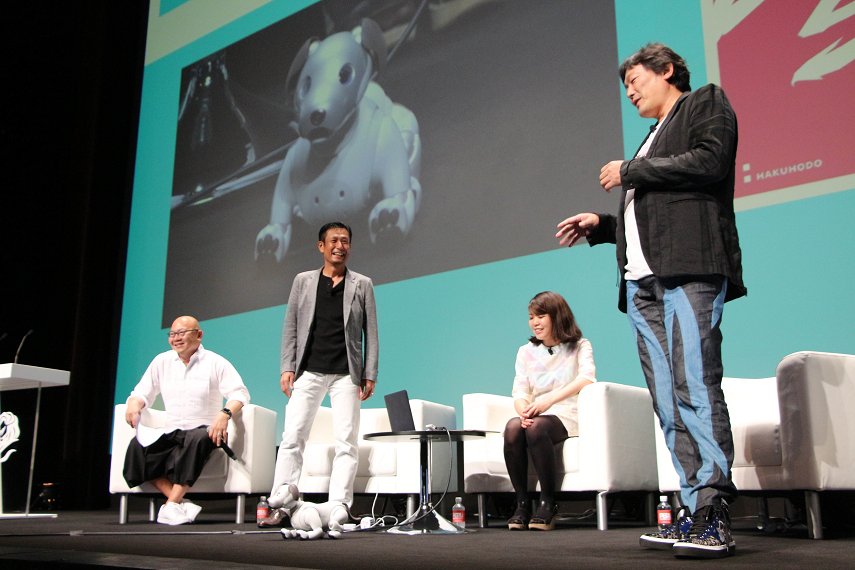 Sony’s Aibo, currently only available in Japan, embraces this concept of companionship, as there is no practical function.

Matsui explained that they wanted the product to resemble a real dog as much as possible: “We decided to be oversensitive about hiding cables and screws, which was really tough but our product designers and engineers didn’t give up. We also studied every single movement of the dog by going to dog cafes many times to pick up the movement and mannerisms.”

Kunihiko Morinaga is a world famous designer successfully fusing cutting-edge designs with different technologies, such as photochromic technology. He showcased some of his designs onstage to audience applause. While items appeared white and simple to the human eye, they appeared fluorescent and patterned through the lens of a smartphone.

“In fashion and business, people use smartphones, and I wanted to fuse the two in a different way. It works because it captures the mood now. In three years’ time, smartphone fashion is not going to be relevant and if I had done it five years before, it may have been too early. It’s about understanding the sentiment in the present,” he said.

Morinaga believes clothes can change the world and cites his biggest inspiration as the fusing of the real and unreal worlds: “We create clothes that cross the border of reality. Today what’s unreal can be even more real than reality sometimes.” Fans of his clothing include Björk, Lady Gaga and Caroline Kennedy.

The key to success according to Morinaga is having the edge to stand out, he explained: “It took 15 years but we have risen through determination in design, word of mouth and strong collaborations with other partners such as Asics and Apple.”

Yeo believes Morinaga’s brand ANREALAGE has flourished because “not many in the industry are using technology to push fashion, so it stands out in that market.”

How can your brand break into Japan?

To break into the Japan market, you have to really understand the culture, both traditional and new, and you must bring value.

Yeo explained: “How can your brand help people in Japan? Because if you don’t have a useful or inspiring product then why come in? You have to listen to the market and understand if your product is relevant to them or not.”

Yeo also believes that it is a culture you won’t understand by simply reading a book: “You have to be in it to understand it. We understand it as we are in that market every day.”

Kimura added that there is a global shift from power marketing to inspiring marketing that successful brands will adapt to: “We cannot control people anymore, we have to inspire them and move them to action. If brands can do that, it’s easy.”