Cannes Lions 2018 International Festival of Creativity will be held from June 18 through 22, 2018. It is the biggest advertising event in terms of entry and visitor numbers. With more than 15,000 visitors from around 100 countries and over 40,000 entries vying for awards in 21 categories, the festival attracts the attention of various industries beyond advertising. 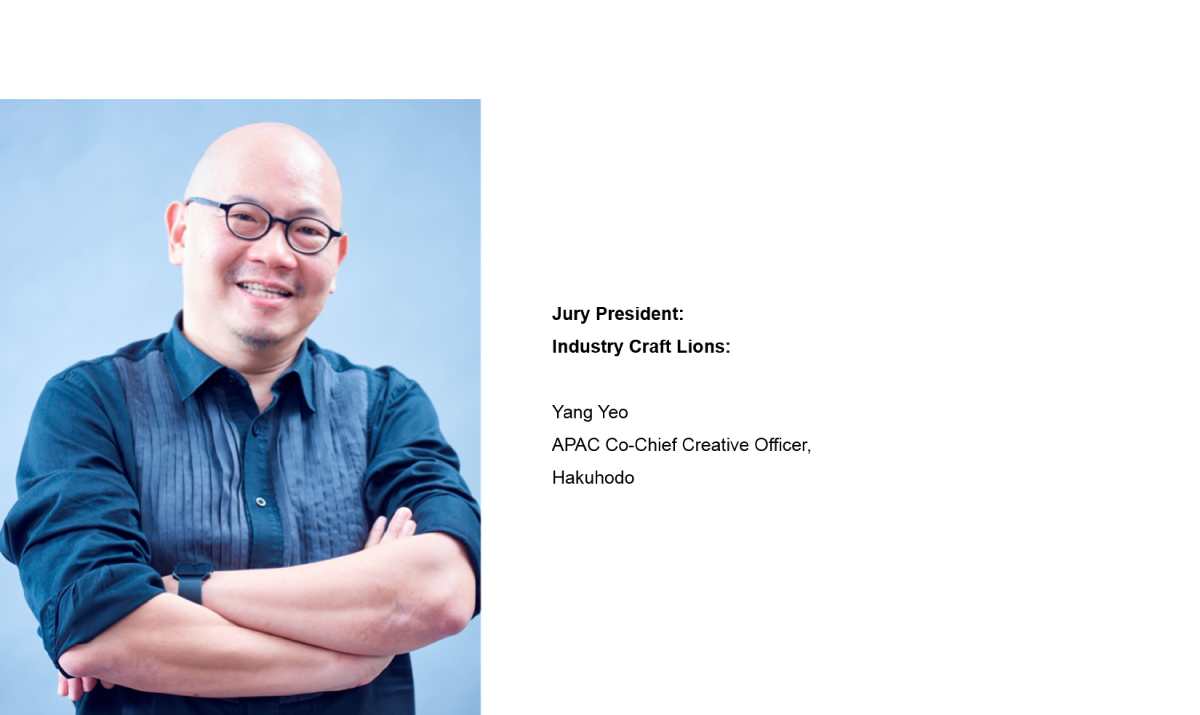 Prior to joining Hakuhodo, Singapore-born Yang Yeo was executive creative director at Wieden+Kennedy Shanghai. He started his advertising career in 1992 with Saatchi & Saatchi Singapore, gained global experience from BBH in London, built Fallon in Singapore and Hong Kong, led TBWA\Shanghai to win China’s first Gold Lion at Cannes, and guided JWT to China’s first ever Cannes Grand Prix. Agencies he led have won Agency of the Year, his clients were named Marketer of the Year, and he was crowned Creative of the Year in the 2011 Agency of the Year awards presented by Campaign Asia-Pacific magazine. Besides his fame in advertising, Yang is also renowned for his spatial and architectural design projects, and in 2012 he was awarded Designer of the Year by the president of the Republic of Singapore, Dr. Tony Tan.

“Our audience doesn’t wait. Our clients want results immediately. And, media channels have increased drastically. Under these difficult circumstances, we often tend to focus on quantity rather than quality. As jury president for the Industry Craft Lions, I would like to honor brand/project leaders who not only achieved remarkable results in marketing but also delivered results through their great skills, style, and passion.”

Since joining Hakuhodo in 2008, Naoki Ono has engaged in many product development projects, gaining experience in a wide range of creative domains, including advertising, space design, and digital media. In 2015 he founded monom, a creative team specializing in product development. He develops products from a new perspectives, capturing insights into people and the times. Outside of Hakuhodo, Naoki is the founder of YOY, a design studio that has won many international awards. His works have been sold worldwide, including at MoMA in New York.

“The last time I went to Cannes was four years ago, when the Product Design Lions category was newly established. The following year, I set up the product innovation team monom at Hakuhodo to explore developing products/businesses using the unique creativity of an advertising company. I hope to find answers and hints for my quest while examining each work, and I look forward to seeing products with the power to actually change society and people’s lives.” 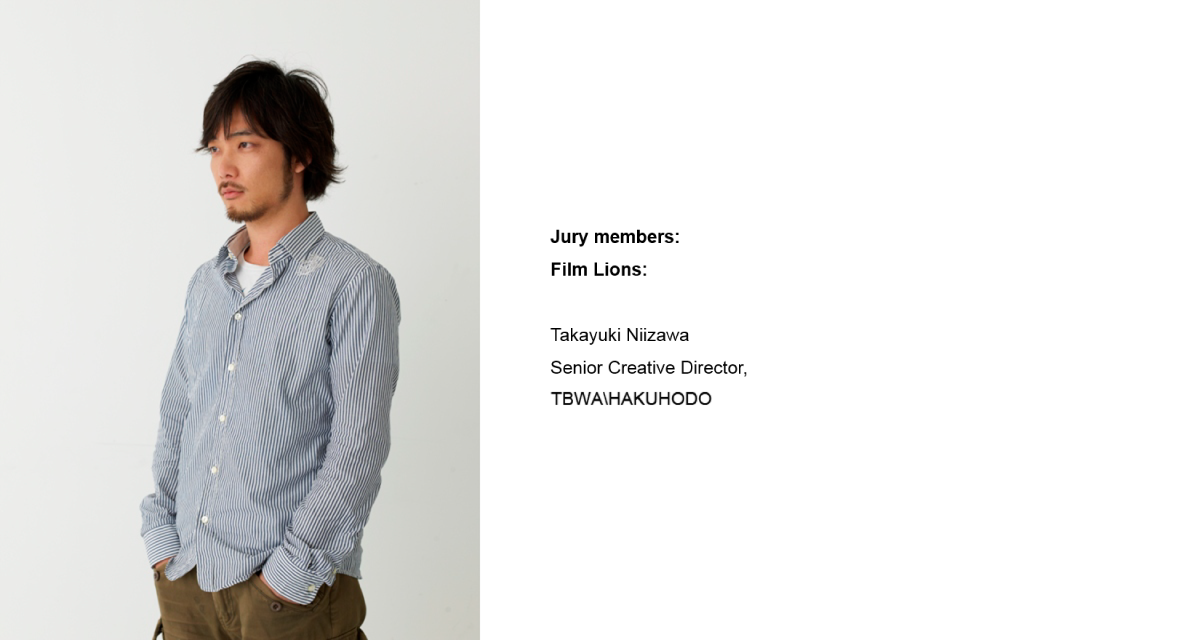 Takayuki Niizawa started his career at Hakuhodo in 2001 and joined TBWA\Hakuhodo in 2007. After spending a year at TBWA\Chiat\Day in Los Angeles, he returned to Japan in 2012 to lead creative teams for Nissan, Adidas, Ikea and Apple . Today he is leader of the creative team at TBWA\Media Arts Lab\Tokyo. Niizawa took home the first Cannes Lion for Nissan Japan and has won several major Japanese and international advertising awards. With experience covering global brands as well as traditional domestic clients, Niizawa has developed a strong ability to provide creative solutions for global brands based on local insights and executions.

“As techniques have circulated and technologies become commonplace, we’ve all started to realize that the core of advertising is storytelling. That’s right where films compete, and it’s what I was most excited about and aspired to when I started my career. While witnessing the highest level of the competition close hand, I would like to learn hungrily, just like during my rookie year.”

Sanshiro Shimada joined Hakuhodo in 1995. After planning and producing countless radio programs and campaigns for radio stations, he was seconded to a musical copyright management company where he worked on musical copyright matters, music consulting services, and producing artists. He later gained experience in the entertainment content business at Hakuhodo DY Media Partners. Today, as a media communications producer with a focus on media, content and technologies, he uses the creativity of audience insight to create new media experiences, including a wide range of advertising communication development services and media content development services.
In 2017, he served on the Media Lotus & Effective Lotus jury at ADFEST and the Media jury at Spikes Asia.

“I’m really honored to have been selected as a Cannes Lions jury member. I am excited about seeing ideas from all around the world. In the rapidly changing media environment, I would like to pursue what is unique to the media category as I examine each work.”

Shota Hatanaka joined Hakuhodo in 2008. Making promotion his domain, he transferred to Hakuhodo Kettle in 2012. Using interesting ideas and situations, his out-of-the-box style of communication planning is designed to move hearts and minds. He has won over 100 Japanese and international awards, including five Grand Prix, from such festivals as Cannes Lions, The One Show, Clios, D&AD, ADC, ADFEST.

“It is a great honor to be a jury member in a year of change for the Cannes Lions. While many categories have been eliminated or consolidated, the Direct Lions category has stayed fast without being swept up by the times, probably because the essence of communication lies within the concept of direct. I look forward to seeing big ideas that move people around the world.”