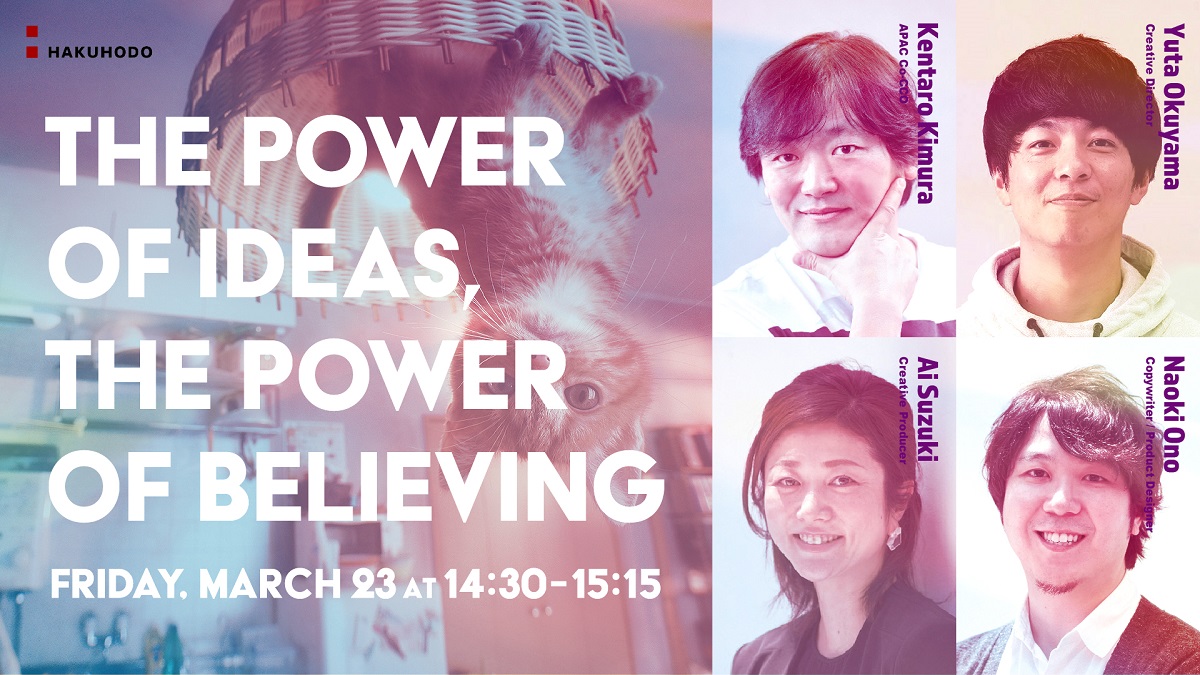 KIMURA: First, let’s talk about an entry which pulled multiple global awards in 2017: Gravity Cat! Take a look at the video.

KIMURA: The first time I saw this, I had three questions:
1. How did they shoot it?
2. What part is live-action, and what part is computer graphics?
3. What keeps me watching such a long video to the end?
Okay. Yuta, let’s begin with the first question. How did you shoot it?

OKUYAMA: First, have a look at our “making of” video.

KIMURA: It’s completely different from what I expected—shooting in a far more analogue way than I imagined. Why did you do it this way? Why did you insist on making it as real as possible? More than just the gravity changing, a cat is so uncontrollable you can’t make it do what you want it to do. Didn’t you think about using CG for the cat?

OKUYAMA: No, because I thought a CG cat would never be loved. Why are cats loved so much on the Web? After a bit of research we discovered something interesting about cat videos. Cats are more independent and mysterious than dogs. Because of their emotionless expression, we don’t know what they are thinking, and that makes us wonder what they will do next. So I thought the appeal of a cat’s unpredictable behavior would only come through if we shot it in the real world.

KIMURA: That’s true. But, the more uncontrollable things you have, the more difficult and risky it is to do.

OKUYAMA: I would say this: “The more the risk, the more the WOW.” Today, the internet is full of amazing things. If your content is not really special, it will not attract any interest. But there is a simple formula to get everyone excited. Create a challenging situation and surprise the world with the energy you spent in trying to overcome your challenge. That’s internet video culture. Extreme things and risky things attract viewers. YouTubers spend enormous time and energy to take on meaningless challenges every day to get views. And that’s why we decided to perform a “dangerously difficult play,” combining four challenging techniques—expressing gravity changes, expressing an animal, expressing a point of view and one-cut editing. PlayStation is a “play” brand after all. 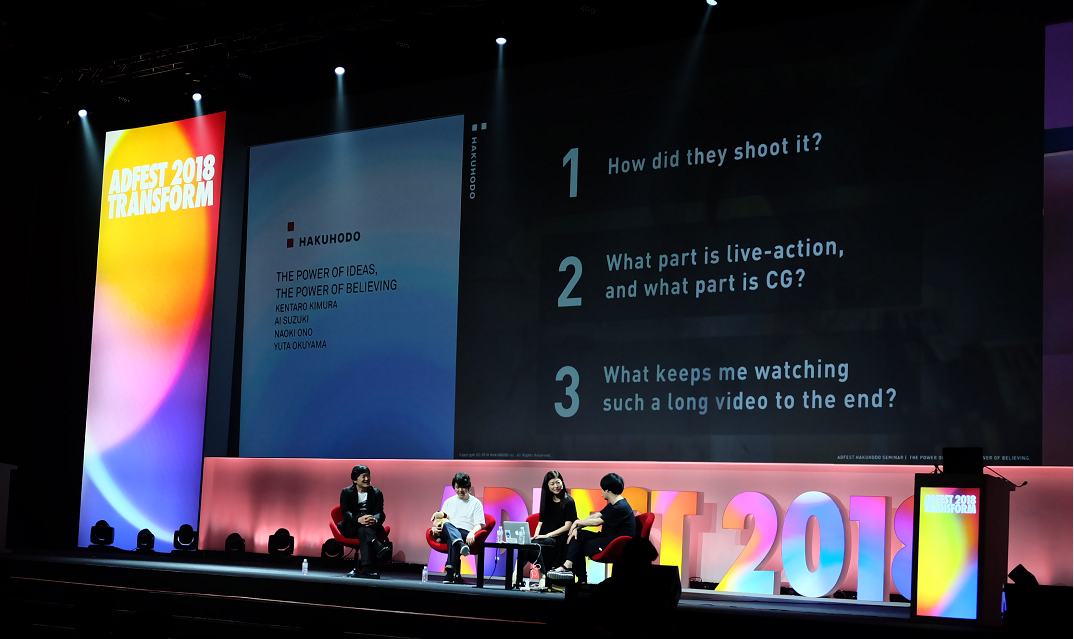 KIMURA: So you were keeping it real. But you also used CG, didn’t you? That brings me to the second question. What parts are real, and what parts are CG?

OKUYAMA: CG is used for the cityscape—the view outside the window and in the final cut of the girl falling out of the window. But all the things happening in the room are a sequence of live-action shootings—except for one. (Video: The water cut) The water is entirely CG.

KIMURA: The CG quality is excellent. Since the scenes before the water cut were filmed in the real world, it makes us think the next cuts are real too.

OKUYAMA: We can say, “Keep it real, and fake becomes real.”

KIMURA: Just like the water scene, our eyes are caught by surprises that come one after another. The five minutes really fly by. That brings us to the third question. What makes us watch such a long video to the end?

OKUYAMA: This is a really important subject for online videos, where it’s easy to lose the viewer.

KIMURA: We often talk about the importance of “a WOW every five seconds” for online videos. I think this video really shows that rule in action. So what tricks did you use?

OKUYAMA: First, look at this. (Video: Tweets on Gravity Cat) “Amazing,” “Cute,” “Cool,” “Funny,” “Moving,” “Scary”—a very wide range of comments. Gravity Cat is mainly made of two sets of emotions. The first set rotates around the image of the gravity changing, which is surprising, or a WOW. The second set focuses on the cat, which is cute or KAWAII.

KIMURA: So two emotions are knit together in the one idea, Gravity Cat.

OKUYAMA: In order to achieve a WOW every five seconds, we tried to raise the emotions one after another with WOW and KAWAII. In the beginning, you think the cat is cute and the next moment you are hit by the WOW emotion caused by the changing gravity, soon after, the cat does something cute again and then you come back the emotion of KAWAII. Although WOW usually means a surprise, the emotion of KAWAII can also be a WOW.

KIMURA: Okay. We are now getting closer and closer to understanding the mystery of Gravity Cat. It successfully created various types of emotions by combining multiple challenging screen techniques. But you need to be brave to take on so many risky challenges. Tell us, what did you place importance on when taking on such brave filmmaking?

OKUYAMA: My focus was on building a team I could trust. Like todays’ theme, “Believing enables brave risk taking.”
The first key person was Show Yanagisawa, the film director (who also directed “High School Girl” for Shiseido). When I hit on this idea, his face immediately came to mind. I have worked with him before on several projects. I knew that he is a serious person with complex production plans, and a leader who makes his team execute plans through trial and error. He actually turned down my offer the first three times.
Another key person was Takashi Aso, the producer. He had never said “no” to any wild idea or tricky plan from me or Yanagisawa, and always said, “Let’s find a way to make it work.” All of us strongly believed in the power of the Gravity Cat idea, and I believed in the power of our team. So I got the courage to take risks from my trusted teammates, who were willing to fight with me to the end.

KIMURA: I have one final question. Where did you find this masterful lead actor—you know, the cat?

OKUYAMA: Excellent question. In fact, it’s my cat—his name is Shakemaru. Shakemaru was the only cat I could trust. It was actually my trusty cat that led my trusty team.

KIMURA: So, Shakemaru was also a member of your trusted team. But it looks like he has got a little bit…big.

OKUYAMA: After we won Gold at Cannes I rewarded him with a bit too much food. He will probably never get free of gravity again [laughs]. 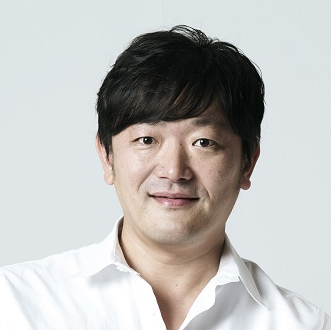 Kentaro Kimura
Kentaro loves to cross borders. In his younger years, he backpacked through over 35 countries. Not surprisingly, after joining Hakuhodo in 1992 he established a unique planning and creative style that eliminates the boundaries of strategic, creative, digital, and PR and works seamlessly through the entire process.
He established Hakuhodo Kettle, a one-of-a-kind creative agency, in 2006. Truly innovative ideas can come from anywhere. For this reason, everyone at his company is familiar with every field of communication. Bubbling up and serving his clients new ideas, his goal is for Hakuhodo Kettle to set the whole world aboil.
In addition to his role as Kettle’s Co-CEO, Kentaro has since April 2017 also served as Hakuhodo’s APAC Co-CCO. This has led him to start traveling all around Asia.
Kentaro has won more than 100 awards including 8 grand prizes in various international advertising festivals such as Cannes Lions, D&AD Awards, The One Show, Clio Awards, London International Awards, ADC Annual Awards, ADFEST, AD STARS, and Spikes Asia with work for Sony, Google, Shiseido, Toyota, Suntory, and more. He has served as a member of more than 25 jury teams, including the Promo and Titanium & Integrated juries at Cannes Lions and the Executive Jury at New York Festivals, and has been Promo & Direct jury president at ADFEST and Digital & Mobile jury president at Spikes Asia. He was an official speaker at Cannes Lions in 2013, 2014, and 2015. 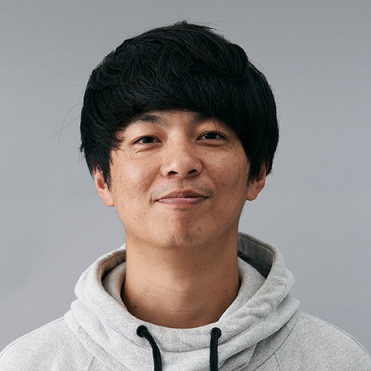 Yuta Okuyama
Born in Tokyo in 1985, Yuta began his career at Hakuhodo in 2009 as a creative planner for TV advertising, a position unique to Japan. Using knowledge and filming techniques acquired through TV advertising, he expanded the scope of his work to include online film content. Since 2017 he has been the creative director of SIX, a digital engagement agency, working on the emotional and engagement aspects of content, from film story design to communication story design. His 2017 online film “Gravity Cat” for PlayStation 4’s “Gravity Daze 2” software won the most international awards of any Japanese film that year, including Cannes Lions Gold, The One Show Gold, Clio Awards Gold, Clio Entertainment Grand, New York Festivals Grand Prize, Spikes Asia Grand Prix, AD STARS Grand Prix, London International Awards Gold, and Andy Award Gold. At the young age of 32, he has already received over 80 global awards including 6 grand prizes.
SHARE
Back to News & Insights