The product of a collaboration between Suda Lab, the HACKist team of Hakuhodo DY Group company Hakuhodo i-studio, and Professor Seiji Kamimura of the School of Engineering at Nagaoka University of Technology, located in the Niigata Prefecture snowbelt, Dig-Log is an pressure sensor-fitted IoT device that can be attached to existing snow shovels. It calculates the weight of shoveled snow and calories burned, and records the data in visual form in a dedicated smartphone app. The gadget fosters a sense of purpose and achievement, and through competition with other users, etc., provides extra motivation, turning what was once dreary hard labor into a fun game-like winter sport. It is hoped that making snow shoveling fun will will go some way to solving the shortage of people willing to do the work in Japan’s snow-bound regions in recent years as those who have done the shoveling until now grow older.

Dig-Log will be on hands-on display at the Hakuhodo booth at the South by Southwest (SXSW) 2016 Trade Show, a technology startup event taking place from March 13 in Texas, USA. In addition to approaching people from other parts of the world that have the same trouble with snow, Suda Lab is working to add value to snow shoveling as a new winter sport.

Leveraging the creativity and skills of Hakuhodo’s creative staff and internal and external networks honed over many years, Suda Lab’s primary focus is independent development work that takes cutting-edge ideas from the drawing board to the real world. Once developed, Suda Lab proposes these ideas to all kinds of companies, and society in general. 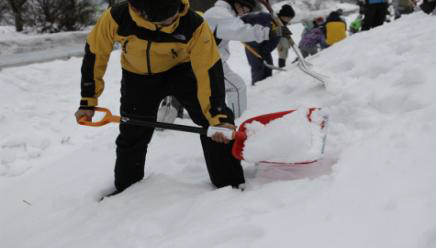 By gripping Dig-Log when shoveling snow, users can find out the weight of the snow they move and the calories they’ve burned. 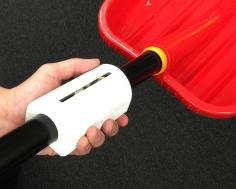 Attachable, so can be secured to existing snow shovels.
* Not compatible with all shovels 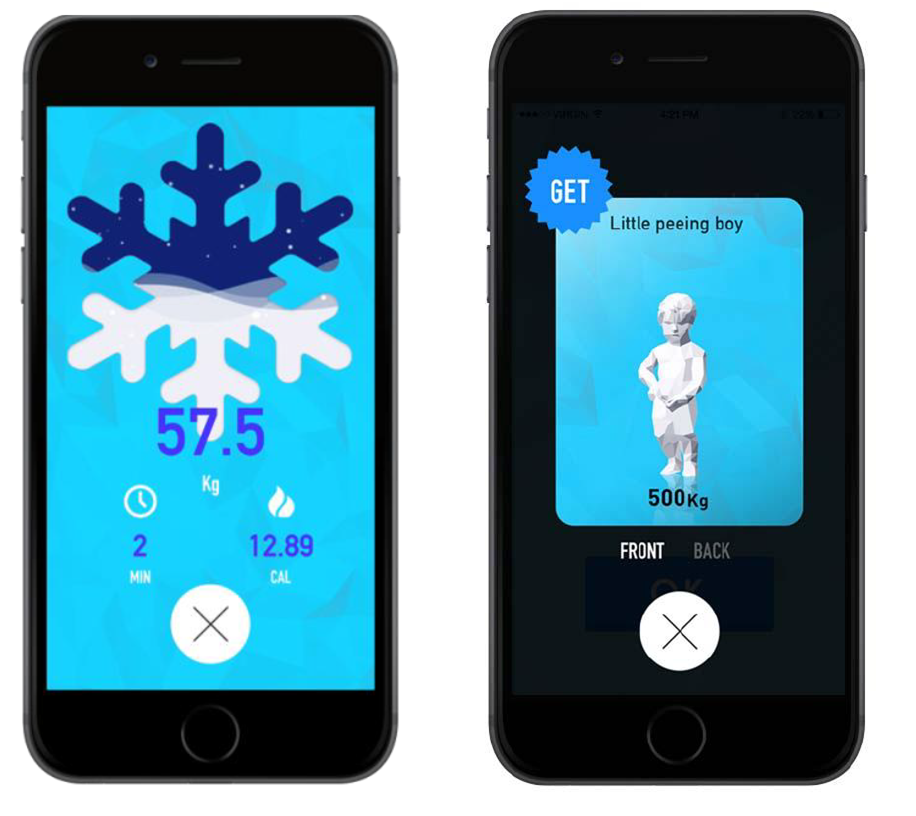 The smartphone app that links to the main unit via Bluetooth calculates the weight of the snow and calories burned in real time. Users can collect snow statue icons, including Mannekin-Pis (Little Peeing Boy), Moai Statue, Statue of Liberty and the Sphinx, depending on the amount (weight) of snow they shovel, giving them a fun extra motivation.

・ About Hakuhodo Suda Lab http://suda-lab.jp/
Suda Lab is a collective centered on Hakuhodo creative personnel with strengths in digital, direct and other domains that develops next-gen creative. It began operating in March 2014.
It’s first project, Nature Barcode (Rice Code), which was developed jointly by Suda Lab and Inakadate Village in Aomori Prefecture, won the Grande Lotus in the Media category of the prestigious Asian advertising festival ADFEST 2014. It also won a total of 6 Gold, Silver and Bronze Lotuses in other categories. In addition, the work picked up 2 Gold, 1 Silver and 2 Bronze Lions at Cannes Lions International Festival of Creativity in June 2014. As of March 2016, the work has received 60 international awards in the US, Europe and Asia, including 3 grand prix and 15 gold awards.

・ About Hakuhodo i-studio HACKist http://hackist.jp/
HACKist, a collective-of-the-willing project team made up of creatives and engineers at Hakuhodo i-studio, uses technology to transform the sundry phenomena of everyday life and challenges facing society. It designs and produces prototypes that appeal to all the senses. Based on the concept of Metamorphic Prototyping, which involves technologically optimizing prototypes to various needs, HACkist creates devices combining its own original platforms and sensors and develops apps synched with them. By applying visual coding languages like WebGL, openFrameworks, and Unity, it also devises new advertising models, stage-manages events, and develops innovative products. And the scope of its activities is still expanding.